Taking the lead were Gorka Márquez and Giovanni Pernice, who channelled James Bond in swimming trunks and sharp suits for the routine, which also saw Oti Mabuse emulate No Time To Die’s new agent Lashana Lynch. 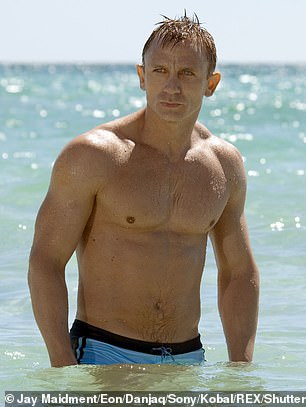 Spanish dancer Gorka, 30, impersonated Daniel Craig in Casino Royale by going shirtless and sporting just a pair of shorts in a pre-recorded clip, before joining the dancers in the studio.

The duo raised the roof as they showcased their fancy footwork to Bond theme songs Live and Let Die and Writings on the Wall. 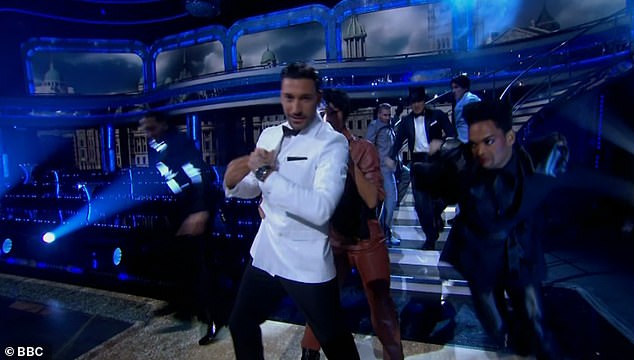 Powerful message: Giovanni Pernice transformed into the agent in a sharp suit as he and his fellow pro dancers paid tribute to the late Sir Sean Connery 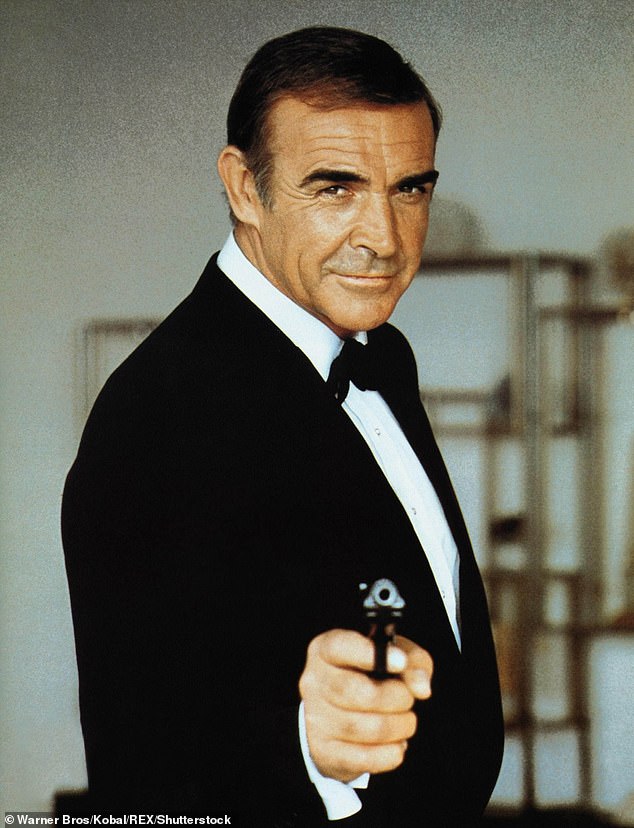 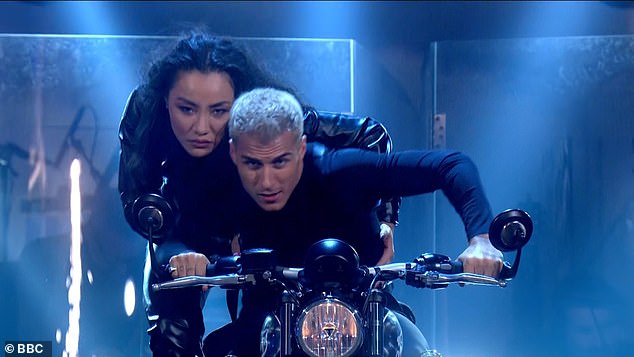 In their element: Nancy Xu hopped on Gorka’s back as they showcased their fancy footwork for the lively set

Rounding off the set was South African bombshell Oti, 30, who nailed business chic in a blazer and gave a nod to the rumoured introduction of the first female 007, Nomi.

Nomi, which will be played by actress Lashana, 32, in the upcoming No Time To Die film, has been reported as the character who will take over the reins from the British MI6 agent.

The 25th instalment is scheduled for release in April next year, after being postponed due to the coronavirus pandemic. 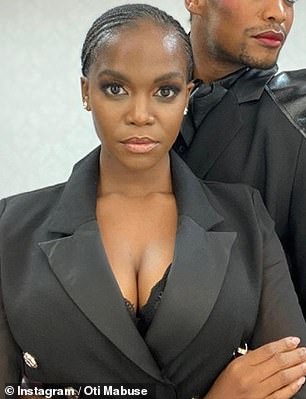 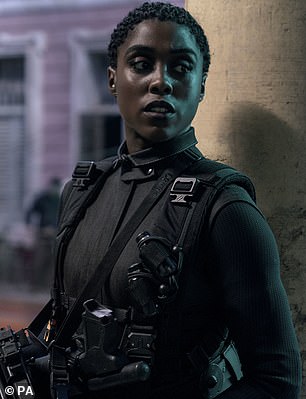 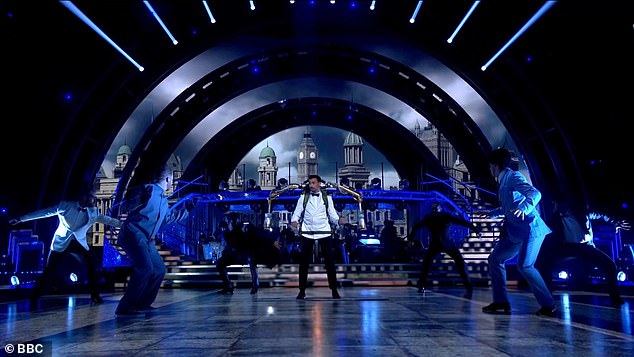 Captivating the audience: The group raised the roof to Bond theme songs Live and Let Die and Writings on the Wall

Following the performance, presenter Claudia Winkleman said: ‘A huge thank you to our brilliant professional dancers for that routine choreographed by Jason Gilkison.’

The host’s co-star Tess Daly added: ‘And of course, we can’t do a number like that without mentioning Sean Connery, the original big screen Bond who very sadly passed away last week. Our thoughts go out to his family.’

Fans expressed their delight at the opening segment as they wrote on Twitter: ‘I’m HERE for this new Bond #Strictly.

‘Have we just unveiled Oti’s casting as the new James Bond? I’d be totally on board with that! #Strictly.

‘That James Bond dance opener for movie week was amazing the perfect tribute to Sean Connery!

‘B****y amazing pro dance on @bbcstrictly this evening. That wasn’t just a #JamesBond themed dance, it’s was a beautiful homage to the Bond films and #NoTimeToDie, with a cheeky wink at the end with a gun barrel ending on Oti! #Strictly.

‘As if today couldn’t get any better, that Bond opening routine for Strictly was awesome. And @jojo_radebe as Grace Jones was epic! #strictly #scd #SCD2020.’ 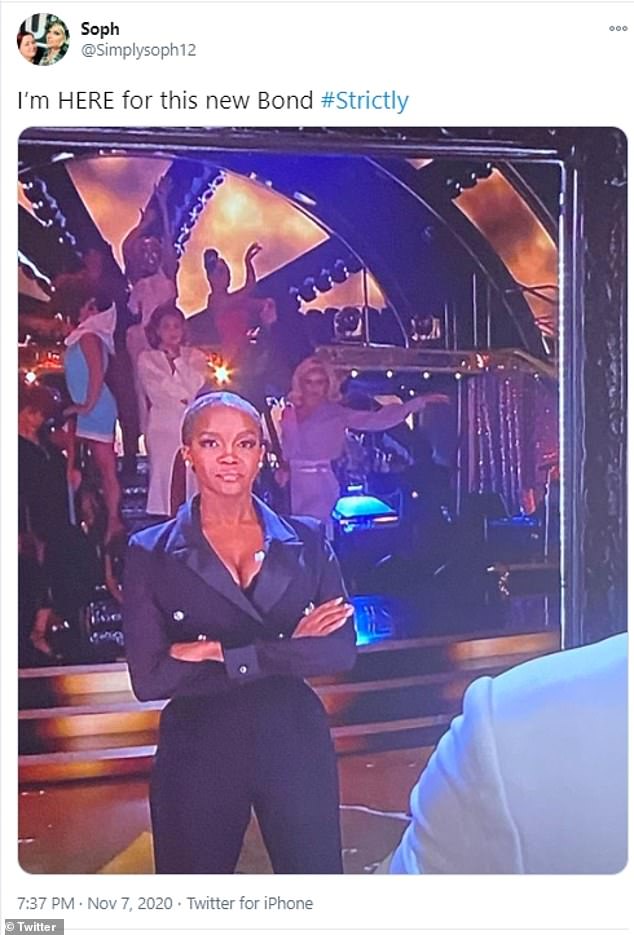 ‘That was amazing!’ Fans expressed their delight at the opening segment

Award-winning actor Sean was the first person to ever play Bond, starring in a total of seven films between 1962 and 1983.

In his final few years, the screen star rarely left the gated Lyford Cay community where he spent his retirement after packing in acting in June 2006 – becoming a virtual recluse and giving his agent strict instructions to reject all movie offers.

In a statement, his wife of 45 years Micheline Roquebrune and son Jason said he died peacefully in his sleep surrounded by family’ in the Bahamas, where he owned a home. Jason added that his father had been ‘unwell for some time.’ 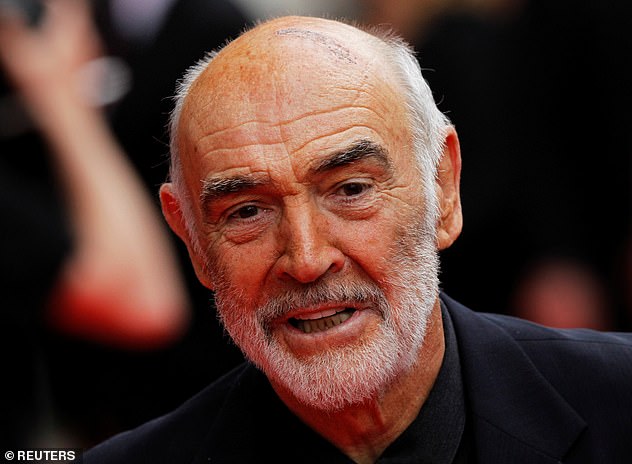 Tragic: The legendary James Bond star died at his home in the Bahamas on October 31st at the age of 90 following a long battle with dementia (pictured in 2010)