Strictly Come Dancing professional Diane Buswell has split up with her boyfriend Anthony Quinlan amid claims she was getting ‘too close’ to dance partner Joe Sugg.

The Australian dancer, 29, called it quits with Emmerdale actor Anthony after he allegedly noticed her bond with Youtuber Joe, 27.

Sources claimed everyone on Strictly had been discussing how ‘close’ Dianne and Joe had become, with the flame-haired beauty said to be ‘enjoying spending time’ with Joe since the split.

Is it over? Strictly Come Dancing professional Diane Buswell has split up with her boyfriend Anthony Quinlan (pictured in April) after getting ‘too close’ to dance partner Joe Sugg

‘Everyone on set’s been discussing how close they’d become. It did not go unnoticed by Anthony,’ a source told The Sun.

The couple, who reportedly took a break earlier this year due to the long distance, parted ways after ten months together.

A source said: ‘They are quite a fiery pair and have been clashing a bit more than often lately.

‘A couple of weeks ago they just decided enough was enough and ended things. It was only a few days after the Katya and Seann pictures emerged.’ 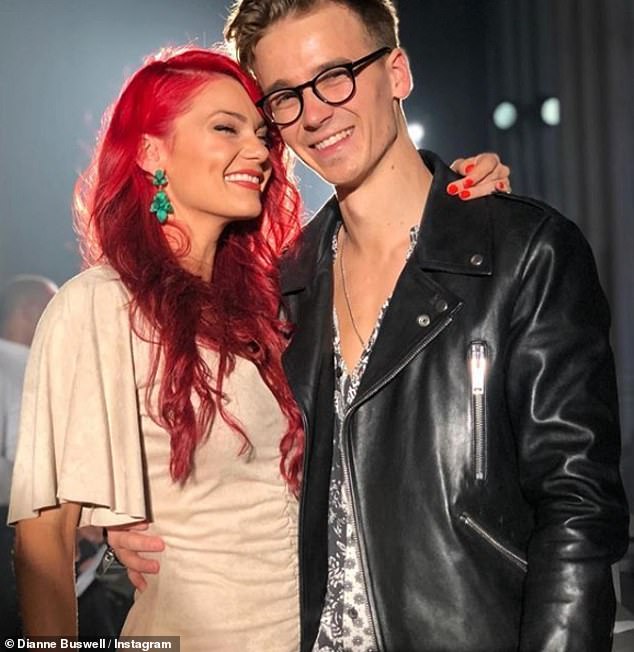 Oh dear: The Australian dancer, 29, called it quits with Emmerdale actor Anthony after he noticed her apparent bond with Youtuber Joe, 27

The insider added that despite being ‘quite serious’ they ended things because he was in the North and she’s working in London and things weren’t ‘working’ anymore.

The source alleged that while Dianne was hit hard by their last break-up, she seemed less upset by this split and was ‘having a lot of fun’ on Strictly.

MailOnline has contacted representatives for Strictly, Anthony and Joe for comment. 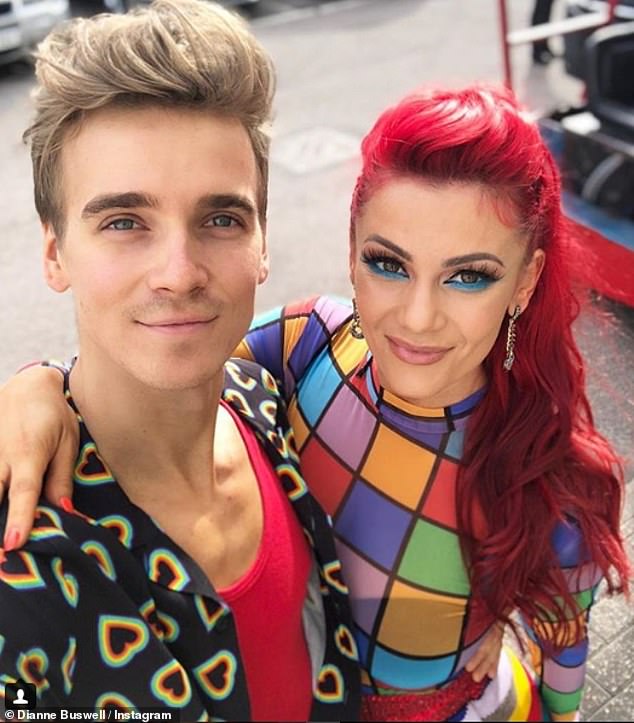 Hmm: Sources claimed all of Dianne and Joe’s fellow Strictly stars had been discussing how ‘close’ they’d become and the flame-haired beauty is said to be ‘enjoying spending time’ with Joe since the split 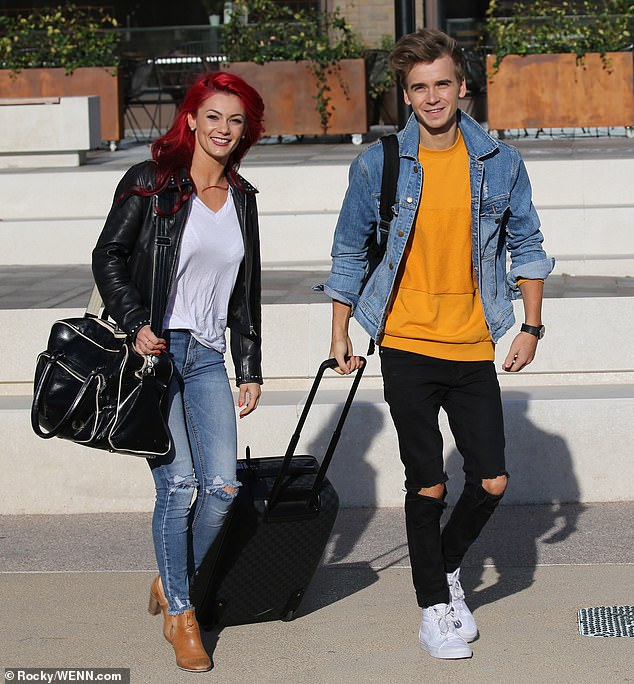 Close bond: The pair are pictured leaving rehearsals together on Thursday, after appearing on Lorraine ahead of this weekend’s dance 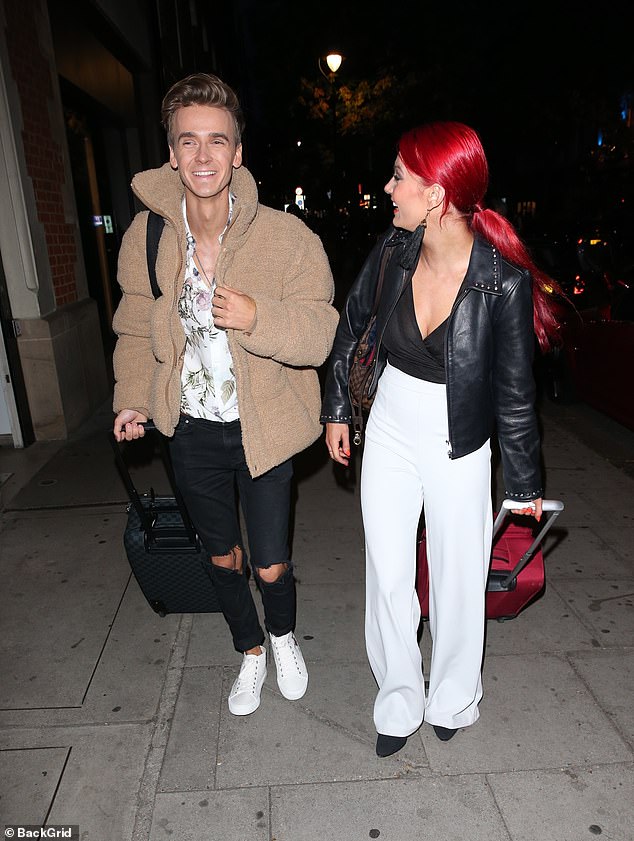 All smiles: The duo looked happier than ever as they left Strictly spin-off show It Takes Two earlier this month, having struck up a close bond since signing up for the show 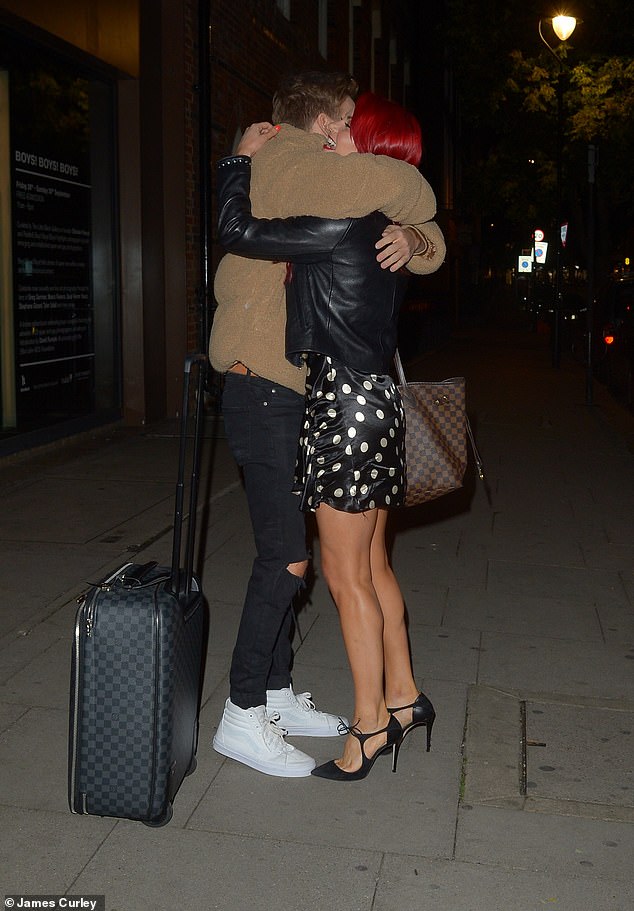 Hugs: The stars showed off their close friendship as they embraced in the street 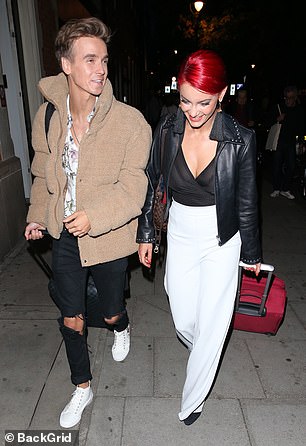 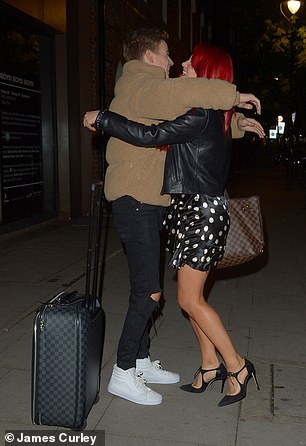 Laugh out loud: Joe and Dianne were in good spirits as they chatted outside the studio

‘She’s having a lot of fun with the show at the moment and is enjoying spending time with her dance partner Joe.’

Anthony and Dianne were introduced by Gemma Atkinson, 33, who is dating Strictly pro Gorka Marquez, 27, in December after she worked with Anthony on Emmerdale.

Meanwhile, on Saturday’s episode of Strictly Come Dancing, YouTuber Joe and Dianne proved their incredible dance versatility, having once again wowed the panel with a modern Cha Cha Cha to Sigala’s Just Got Paid.

While the judges were quick to note that his straight leg needed some work, they still praised his charm and musicality, earning a score of 26 out of 40. 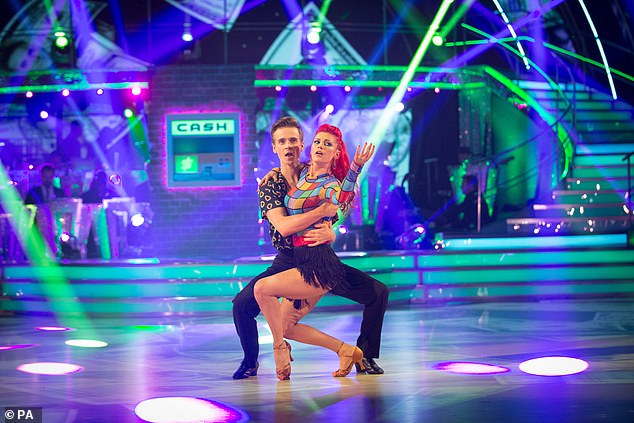 Chemistry: Joe and Dianne have wowed the judges with their ballroom flair, but won over the panel once again on Saturday with a Cha Cha Cha 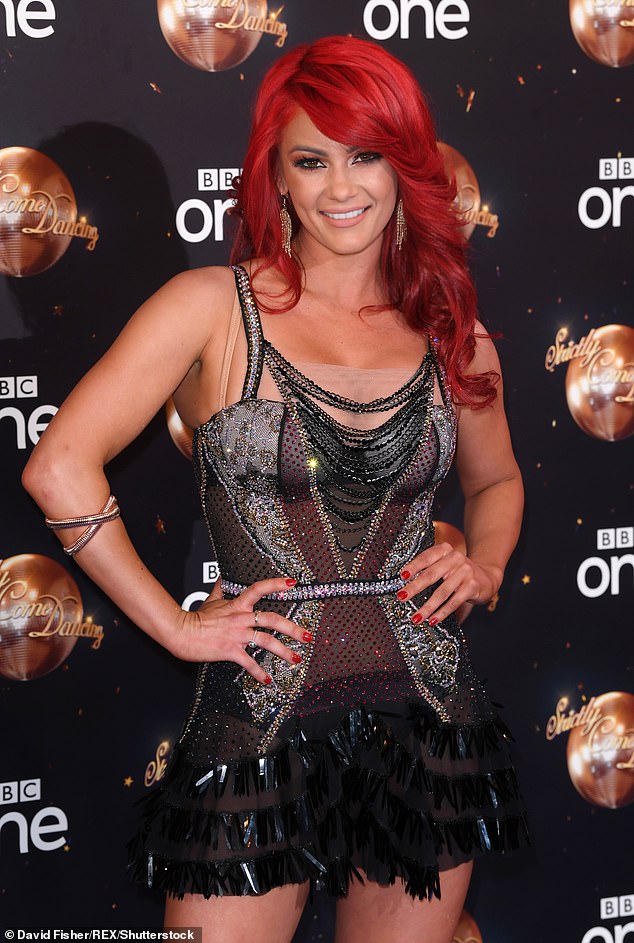 No more: On Dianne’s split a source said: ‘They are quite a fiery pair and have been clashing a bit more than often lately. A couple of weeks ago they just decided enough was enough’ 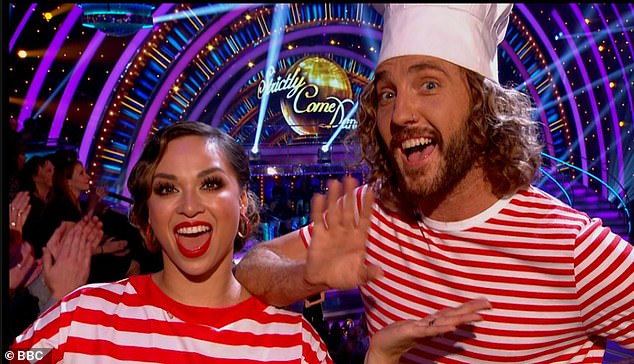 Strictly curse: Their split comes amid Seann Walsh and Katya Jones kiss scandal , which saw the pair – who both had partners – caught sharing a smooch on a night out

The duo managed to match their solid score from the previous week, which came after they danced an American Smooth to Breaking Free from High School Musical.

Both Joe and Dianne proved they could also wow in hold, with judge Bruno Tonioli gushing: ‘Another night of surprises.

‘You’re definitely not just a one trick pony, you can do ballroom, you have a natural instinct for the music, you take the phrasing of the dance right from the right beat.’

Agreeing that he needed to work on tucking in his behind, Craig Revel Horwood added: ‘Your posture did let you down, smoother in the whole feel I love watching you dance, and that little bottom -what there is of it – was sticking out – so you need to tuck that baby in!’

It seems Joe’s peachy posterior has become a hot topic on the show in recent weeks, as he told Lorraine Kelly passers-by had approached him to say he should ‘tuck it in.’

He said: ‘We did the American Smooth two weeks ago and the whole training it didn’t stick out once, but for some reason on the dress rehearsal it stuck out, it was the talk of the town.

‘I’ve had people stop me in the supermarket saying keep that bum in!’

Joe added that he hopes to honour his grandma and granddad with his waltz this weekend, as they are both long-time Strictly fans, with he and Dianne set to perform to The Rainbow Connection by Sleeping At Last.

Strictly Come Dancing continues on Saturday 20th October at 6:45pm on BBC One. 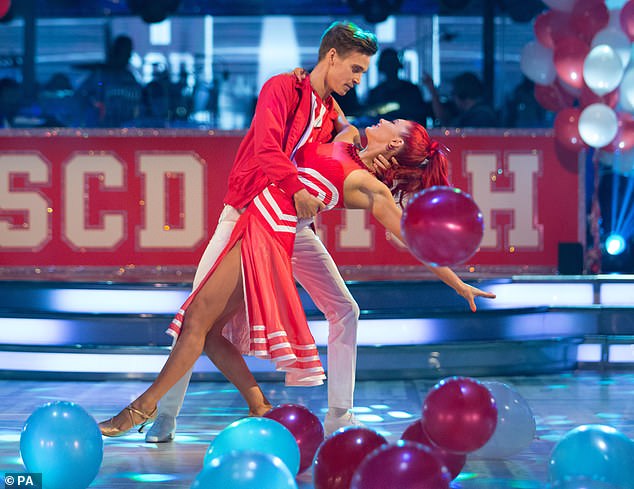 Impressive:The previous week, Joe and Dianne proved they could also wow in ballroom, as they performed an American Smooth to Breaking Free from High School Musical