And the stars of the show – both celebrities and pros – were putting in the hours to make sure the dance floor was lit again, as they arrived at rehearsals on Wednesday.

Leading the way was Dianne Buswell, who was putting on a bold display with her trademark cherry red tresses while she was joined by her dance partner Max George, fellow pro Karen Hauer and a host of other stars.

Ready to dance: Strictly stars – both celebrities and pros – were putting in the hours to make sure the dance floor was lit again, as they arrived at rehearsals on Wednesday (Dianne Busswell pictured)

The first live episode of Strictly Come Dancing saw a peak audience of 10.1 million on Saturday, as viewers flocked to tune into the family favourite.

The show raked in a total of 1.6million more viewers than 2019, suggesting that the familiar format is a comfort to many amidst the ongoing coronavirus pandemic.

The BBCs show’s ratings tally make it the second most-watched entertainment programme of the year, behind Ant and Dec’s Saturday Night Takeaway. 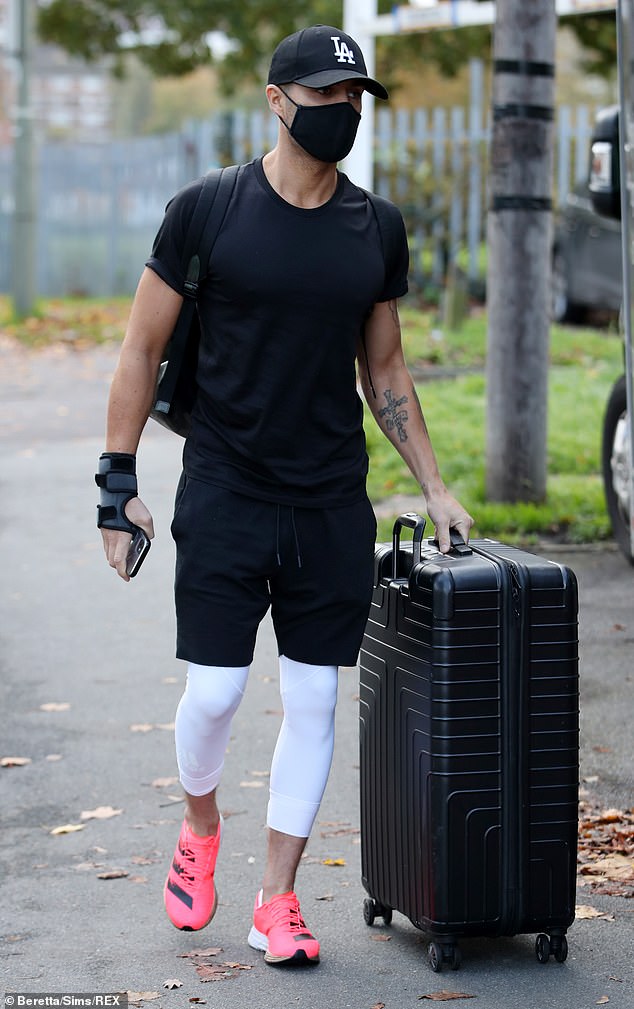 Heading in: Dianne’s partner Max George was hot on her heels in his sports gear 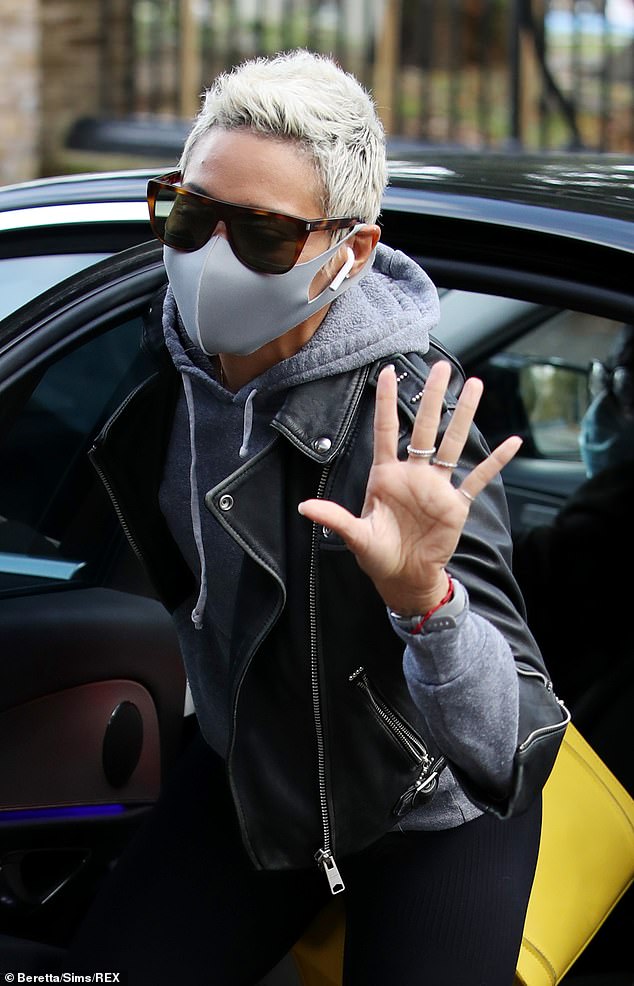 Heading in: Karen Hauer was not far behind before the rehearsal

Nicola Adams and Katya Jones left fans in tears as they made history as the first ever same-sex couple to perform on the show, while HRVY and Janette Manrara came top of the leaderboard.

The boxer, 37, and the dancer, 31, were praised as ‘dynamite’ and a ‘fantastic partnership’ after they performed the Quickstep to Get Happy by Ella Fitzgerald, and the performance earned them a score of 21 which saw them come in third place. 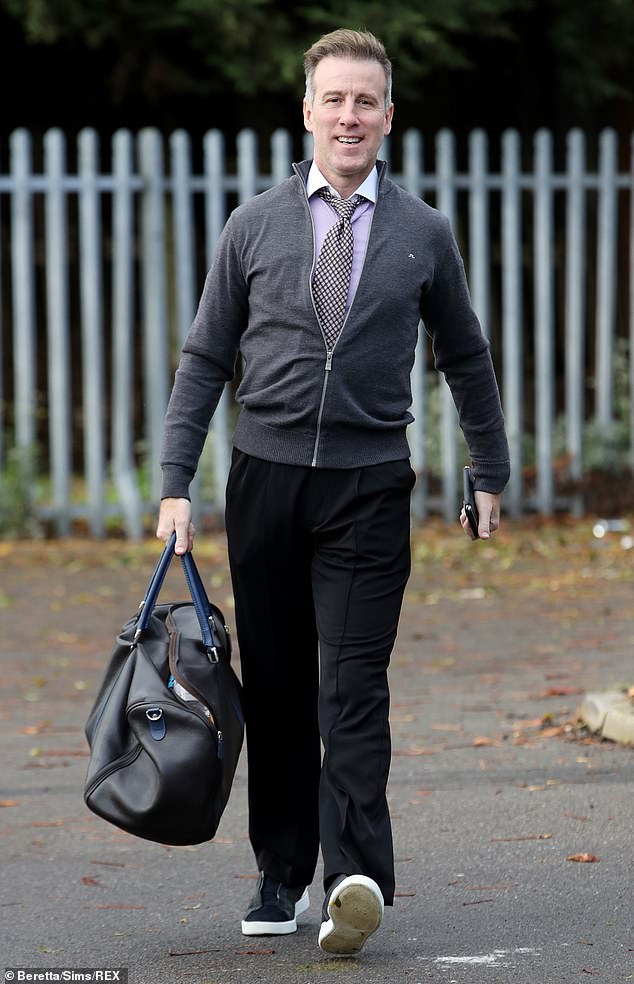 Ready for action! Show veteran Anton du Beke made his way in

‘Nicola I can see you have a strong core, you need to work on it to make sure its more stable, that being said oh my goodness, you rocked it!’

While Craig Revel-Horwood added: ‘Well they proved its absolute dynamite, I absolutely adored that routine… small little things [to improve] but what a fantastic partnership.’

Fans were gushing over the historic performance, as they took to Twitter to say they were ‘in tears’ while many said they were picking the pair as their winners. 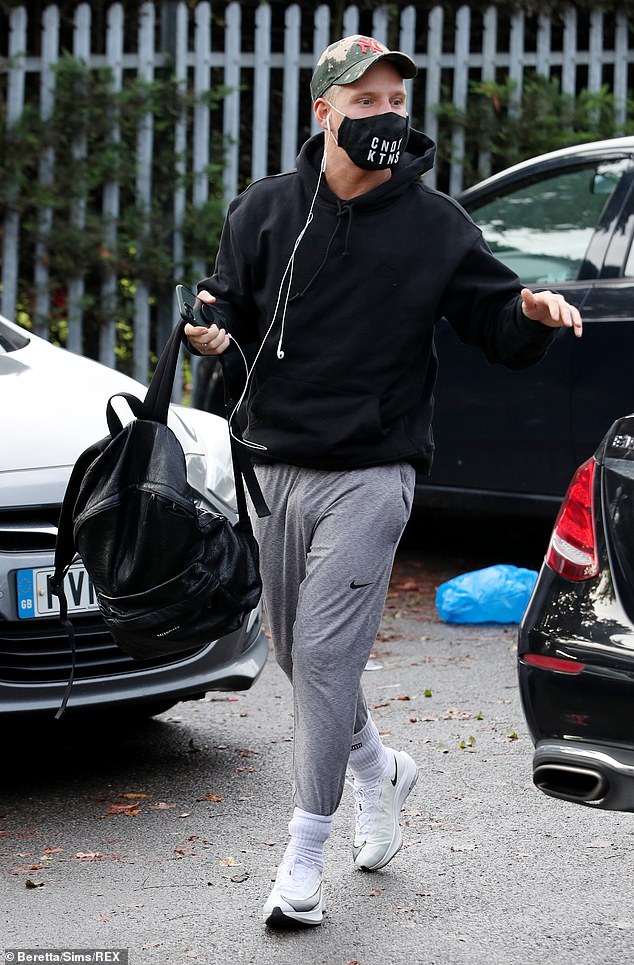 Here we go! After a mildly lacklustre debut, Jamie Laing did not look disheartened

A particularly emotional viewer said: ‘Katya looks amazing!! Her and Nicola have done an amazing job I’m crying watching this, knew I would. I love this pairing, I love this so much.’ 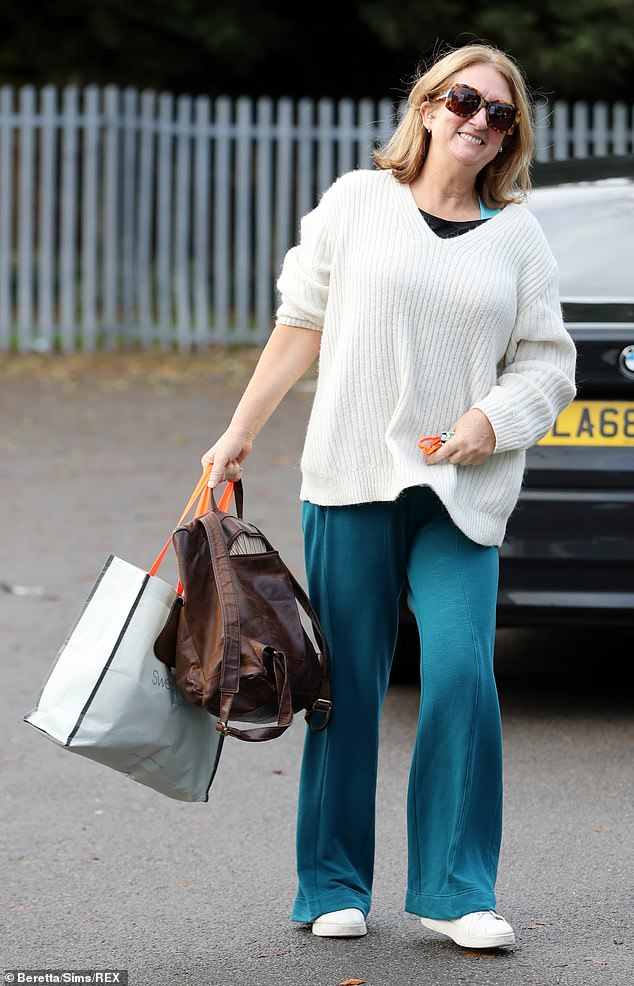 Off we go: Former Home Secretary Jacqui Smith was preparing to dazzle