She’s set to become the first celebrity contestant in Strictly Come Dancing’s history to compete as part of a same-sex couple.

And Nicola Adams appeared to be enjoying the down time before rehearsals start as she put on a loved-up display with model girlfriend Ella Baig during a quad bike ride while on their recent trip to Mykonos.

However the snaps come as it was revealed that although the retired boxer, 37, has yet to appear on the BBC dancing show, people have already complained about her pairing.

Couple: Nicola Adams appeared to be in good spirits as she enjoyed a quad bike ride with her girlfriend Ella Baig during their recent trip to Mykonos, Greece

Nicola appeared to be in good spirits and could not stop smiling as she enjoyed a drive with her bikini-clad girlfriend.

The athlete kept things casual during the outing in a tie-dye t-shirt and navy blue shorts which she paired with a black baseball cap and sunglasses.

Meanwhile model Ella donned a tiny animal print bikini and let her long blonde locks cascade over her shoulders as she held onto Nicola’s waist.

On Wednesday it was revealed that the BBC has already received complaints from some viewers about Nicola’s same-sex pairing on Strictly Come Dancing. 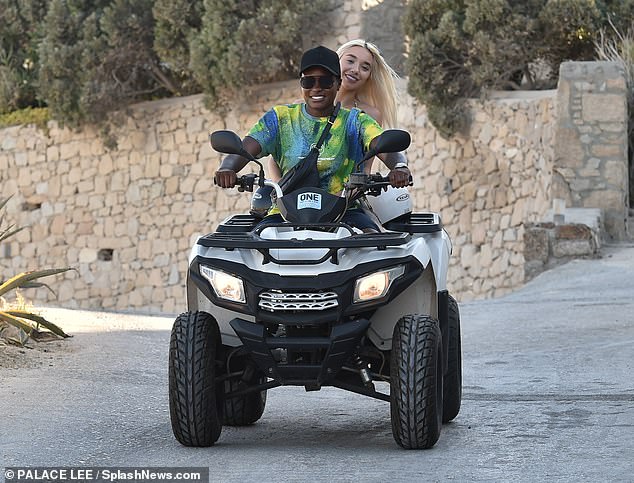 Happy: The retired boxer kept things casual in a tie-dye t-shirt and appeared to be in good spirits as she drove along the street

The competition isn’t due to start until November 7, but it is thought that more than 100 people have already complained after a statement was posted online by the broadcaster.

The BBC said: ‘Strictly Come Dancing is an inclusive show and is proud to have featured same sex dancing amongst the professional dancers in group numbers in previous series.

‘We have stated, in the past, that we are open to the prospect of including same sex pairings between our celebrities and professional dancers, should the opportunity arise.

‘Nicola Adams requested an all-female pairing, which we are happy to facilitate. The show is first and foremost about dance, the sex of each partner within a coupling should have no bearing on their routine.’ 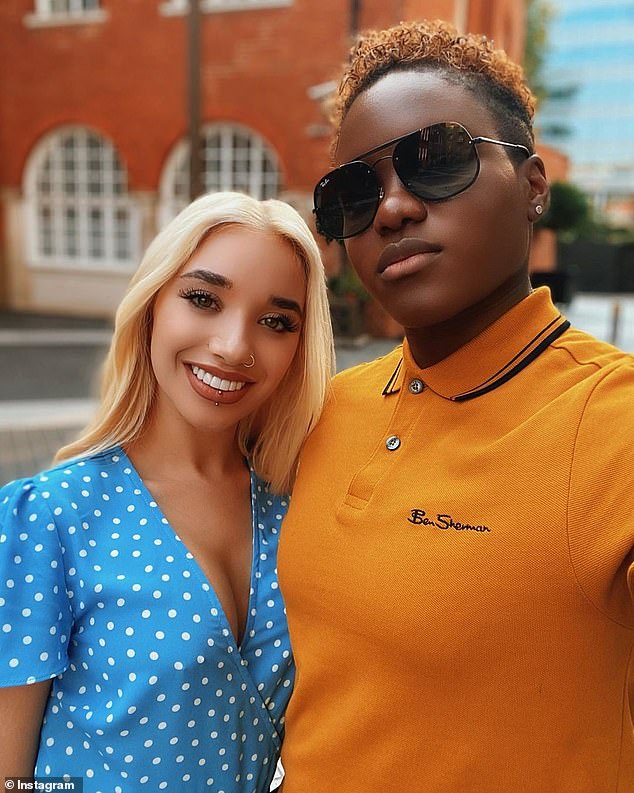 Loved-up: Nicola is set to become the first celebrity contestant in Strictly’s history to compete as part of a same-sex couple (pictured with Ella, who she lives with in Leeds)

MailOnline has contacted Strictly and Nicola’s representative for a comment.

Nicola recently spoke about her upcoming appearance on the show, saying she is ready to ‘break boundaries’ as part of first same-sex couple in show’s history

She told the Guardian: ‘I guess it’s just breaking those boundaries and showing people that it’s OK.

‘It’s not such an uncommon thing: professional dancers dance with people of the same sex all the time; you dance in a nightclub with your friends.

‘I just wanted to break down the thing of it being a big deal when it’s not really a big deal.’ 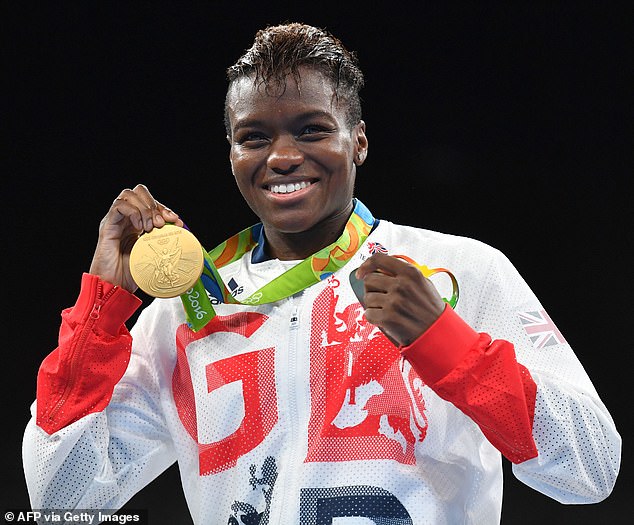 Complaints: Ahead of Strictly returning to TV in November, the BBC has already received complaints from people about Nicola’s pairing (pictured during the Rio 2016 Olympic Games)

With her dance partner yet to be confirmed, Nicola believes she will be given the male role when the show gets underway because of her aversion to traditionally feminine clothes, adding:  ‘Dresses aren’t my thing.’

She enters the competition after male professional dancers Johannes Radebe and Graziano Di Prima performed a same sex routine during the show’s seventeenth series in 2019.

While the dance – conducted during a performance by pop star Emeli Sande – was met with an overwhelmingly enthusiastic response on social media, it prompted 200 complaints with TV regulator Ofcom.

For Nicola, her own same-sex routines will be another opportunity to redefine the woman’s role after being subjected to criticism as an ambitious teenager keen to make her mark in a largely male dominated sport. 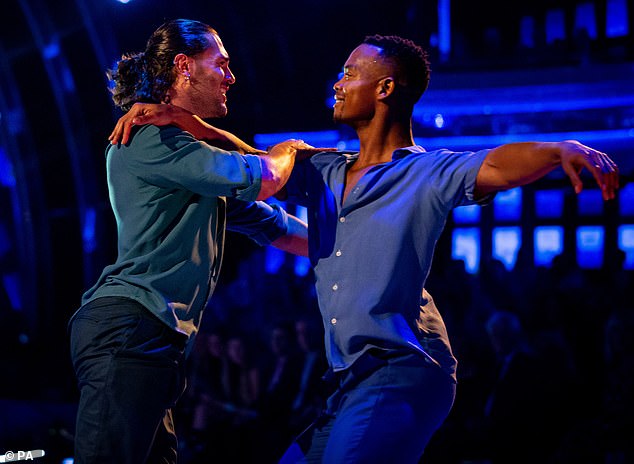 Recalling some of the comments directed at her by coaches, she said: ‘Like: “Why don’t you play tennis?” or: “Women should be in the kitchen cooking.” You’d hear comments like that all the time.’

The former boxer is also aware of her position as an openly gay woman in the public eye, and with it her place as an LGBTQ+ role model to the younger generation.

She added: ‘I know there will be kids who are struggling. And I’d just like them to know that it doesn’t matter about your sexuality or what colour you are, you really can achieve anything you want to if you work hard.’ 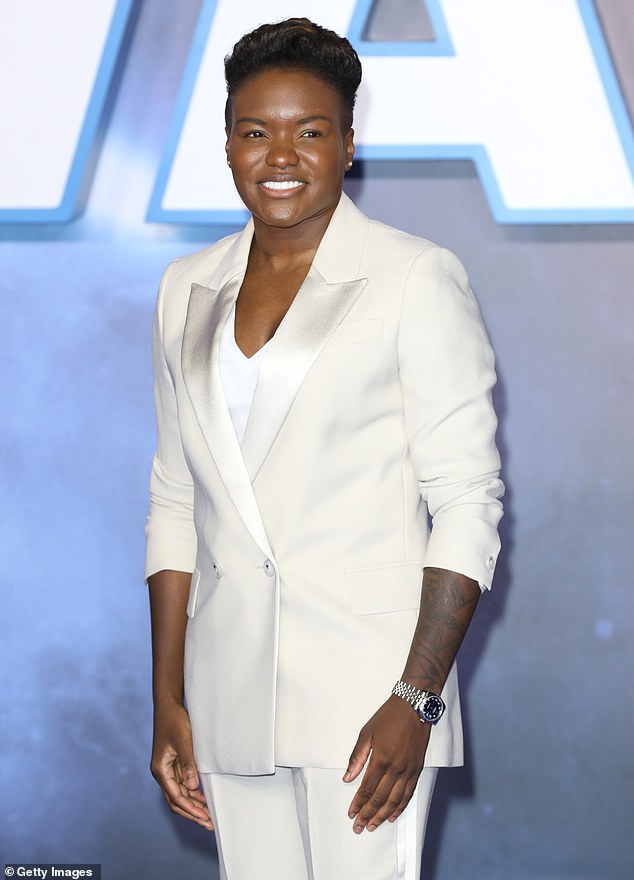 Bold move: Nicola recently said she is ready to break boundaries in September