Even professional dancers can lose their motivation and pile on the pounds, as recent pictures of Ola and James Jordan show.

But now the former Strictly Come Dancing stars have shed more than two stone (32lbs) between them – Ola 15lbs and her husband 17lbs – in just two months.

The couple, who have been married for 14 years, said they fell into bad habits after leaving the show – gorging on takeaways, chocolate and wine.

Ola said that people presumed she was pregnant and James realised he had some timber to lose himself after seeing pictures of his flabby stomach on the beach in newspapers.

Now they have showed off their new trim figures and revealed how they lost their excess weight.

They have followed the Slim-Fast 3-2-1 method, where you replace two meals a day with milk shakes, and then to eat a healthy, low fat meal at night. 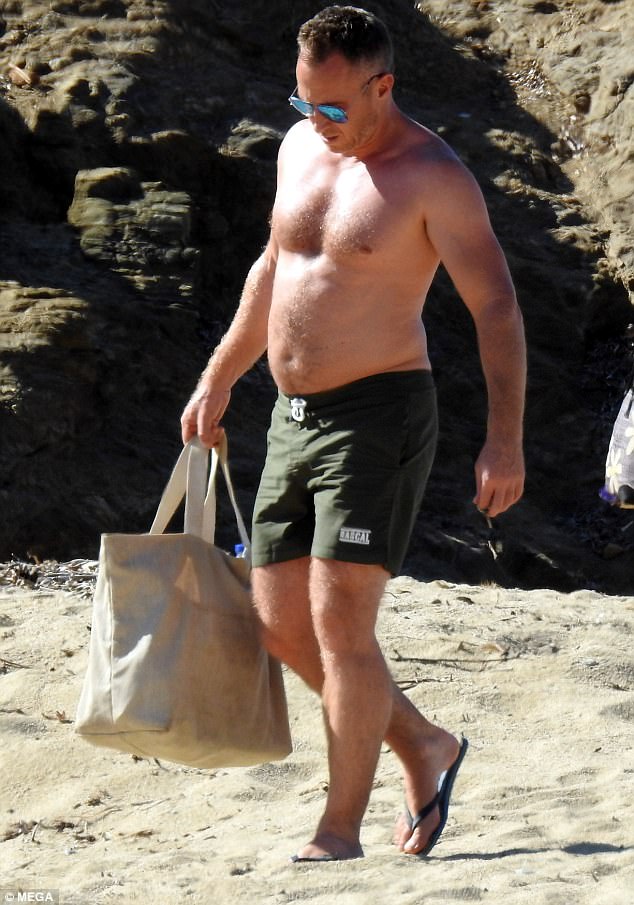 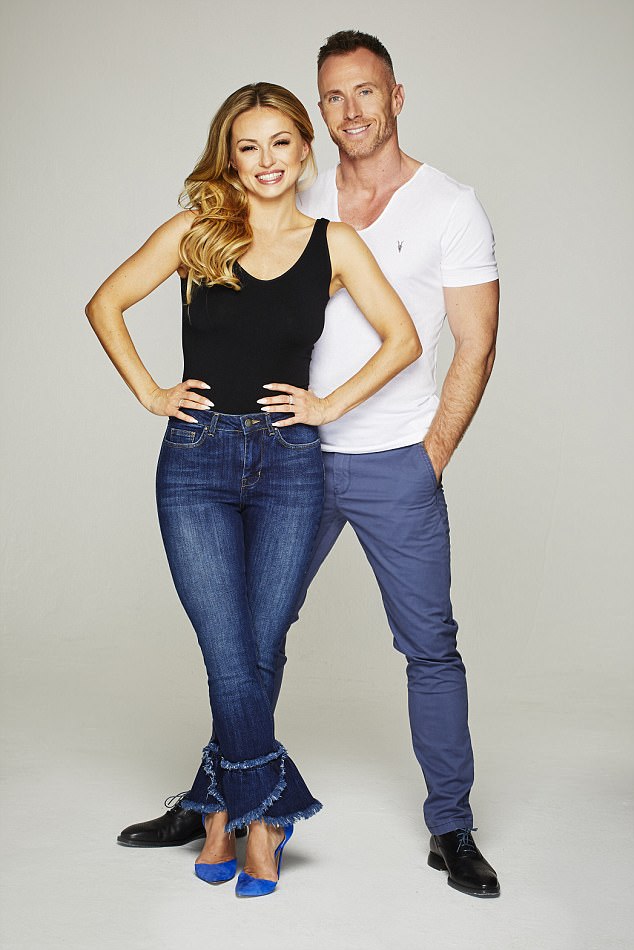 The pair, who live in a plush pad in Kent, have gotten into tip top shape ahead of their dance tour set to take place from March through to April next year.

The couple admit that after leaving the hit show – James first in 2012 and Ola in 2015, their lifestyles changed dramatically. After no longer doing hours of intense training their weight began to creep up.

Following her exit, Ola also had a nasty accident on series two of The Jump and was forced to rest and recuperate. She found herself having to dismiss pregnancy rumours after piling on the pounds.

She said: ‘Since leaving Strictly my weight has certainly fluctuated, doing less exercise but eating the same food – if not more – took its toll.

‘However, after appearing on I’m a Celebrity…. I was back to a slimmer version of me – but who wouldn’t be after eating bugs and not much else!

‘It didn’t last and at the beginning of 2017 I was back to enjoying the good life, eating and drinking as I wanted.

‘I’m only 5ft 3 so every pound shows on me – I’ve even been asked if I was pregnant, to which I just had to say no I’ve just put on weight. I was devastated! 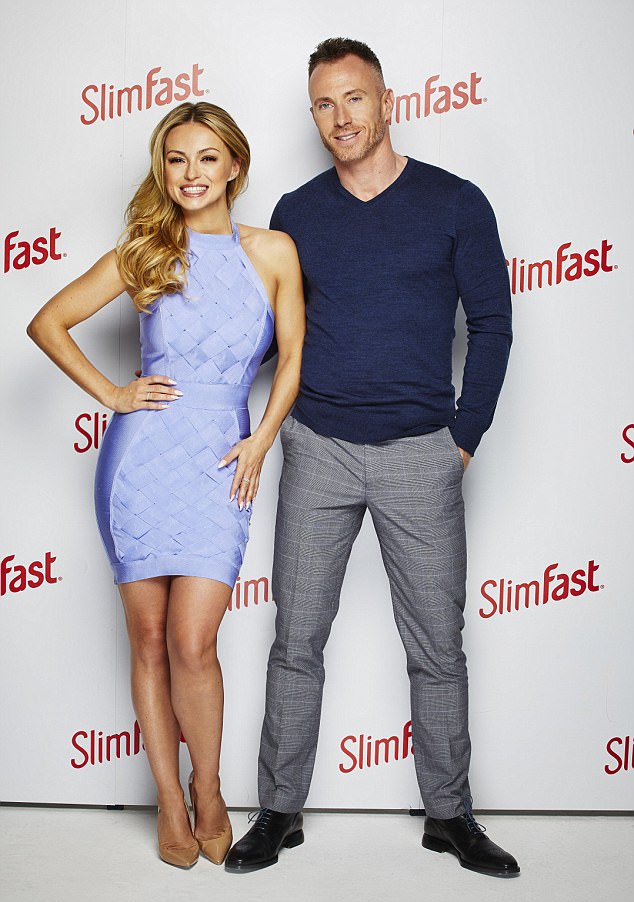 ‘I CALL HER CHUNKY MONKEY SOMETIMES!’

The Jordans say one of the secret of their long marriage is their honesty with each other, with James admitting he tells his wife if she’s gained some weight.

He previously told MailOnline: ‘Just go to the gym more. We’re quite brutally honest. I call her chunky monkey sometimes!

‘Women are very intelligent and they are much more savvy than men. If you ask your husband, ‘How do I look?’ you thinks he’s a bl**dy liar because you know when you don’t look good.

‘You don’t have to be horrible about it: I’m never horrible but I’ll do it in a jokey way.’

The Polish native revealed the she and James, 39, found it hard to resist a takeaway and a tipple.

‘I love food, as a couple we are definitely foodies but we can often make bad choices, James loves junk food and if he’s eating it so will I.

‘James and I love takeaways and we were frequently indulging in Indian or fast food followed by some chocolate or a cheeky glass of wine,’ she said. ‘I knew the weight was creeping on but I wasn’t ready to admit it.’

She says Paparazzi pictures of her and James on the beach provided them both with a ‘wake-up call’.

‘Then this summer a national newspaper released images of me and James on holiday.

‘They were close ups of my bottom and James’ stomach, we were both mortified and genuinely really shocked at how we looked.

‘It was the wake-up call we needed to finally realising we needed help.

‘Since leaving Strictly I had developed bad habits – biscuits with every cup of tea plus three sugars in each cuppa, enjoying wine with dinner – I realised I was on a slippery slope.

‘After seeing the photos in a newspaper my heart sank, I knew it was time to focus – I had a belly overhang!’

How they did it

The 3-2-1 plan involves having two meal replacements – either SlimFast meals, shakes or bars – and a healthy balanced meal for dinner. The company provides 600-calorie recipe ideas for inspiration.

Slimmers can have three snacks a day – which can be from the SlimFast range or fruit and vegetables.

Ola and James started the day with a SlimFast Strawberry or Chocolate ready-to-drink shake or a SlimFast Chocolate Crunch meal replacement bar – which they found quick and easy when they were on the go. 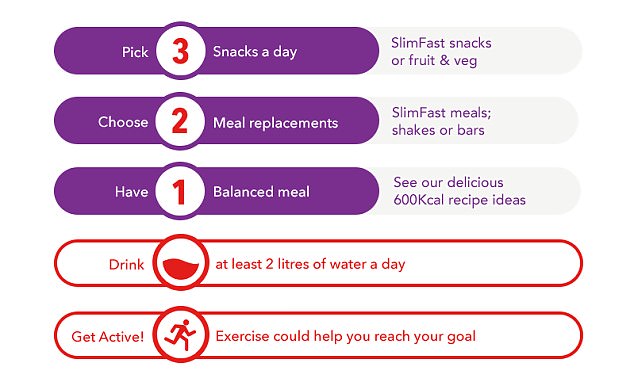 The SlimFast 3-2-1 plan is based on two meal replacements, three snacks a day and a healthy balanced meal for dinner 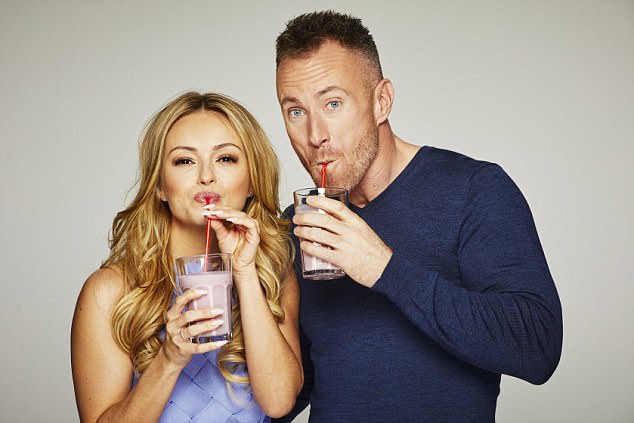 And one of their favourites was the SlimFast Sour Cream & Chive Pretzels or the Chocolate Caramel Treat Bar.

Ola said: ‘SlimFast gave us the control we needed to make better choices but still enjoy a treat if we wanted to.

‘We cannot wait to strut down the red carpet feeling sassy, confident and at our best – the Spanx can now stay at home.

‘Our energy levels are sky high and our confidence is back. We’re ready to return to the glitz and glamour of the dance floor.’

James added: ‘With our dance tour kicking off in March we had a clear goal, we knew we had to focus, lose the weight and be ‘show fit’ in time.

‘I have always known you can’t out train a bad diet so I wanted to focus on my eating habits before getting back in the gym. 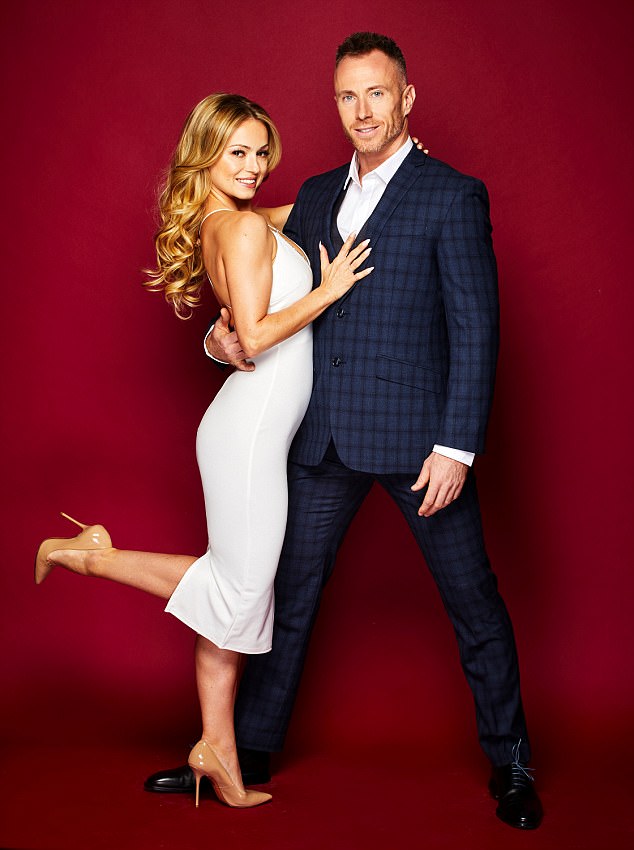 ‘I was really self-conscious but now my confidence is back with a bang. Since losing 17lbs I feel fantastic, dance floor ready, I’m back at my best and the smile on my face proves it!

‘Dancing is my passion, I wanted and needed to be strong and fit enough to fling Ola around the dance floor again.’

Now the couple are the first celebrity weight loss couple to act as ambassadors for the SlimFast brand.

The tour, James And Ola: Uncensored, will centre on their romantic story, as they celebrate 18 years as dance partners.

Due to kick off in Blackpool, the couple will hit the stage in a number of cities, including Birmingham, Manchester and London, before ending their tour in Liverpool the following month.