The Roosevelt Fire, which broke out near the state’s Grand Teton National Park scorched 20 homes this week as it spread across 50,000 acres on Tuesday.

But one group of houses could be seen to have miraculously survived the blaze which stopped just meters short of their front doors.

The satellite photo, provided by DigitalGlobe, showed a cluster of homes southeast of Jackson which are all but engulfed by scorched black earth where the fire struck.

The remarkable photo provided by DigitalGlobe showed the fire encircling a small compound of homes in a rural area southeast of Jackson, Wyoming on Monday 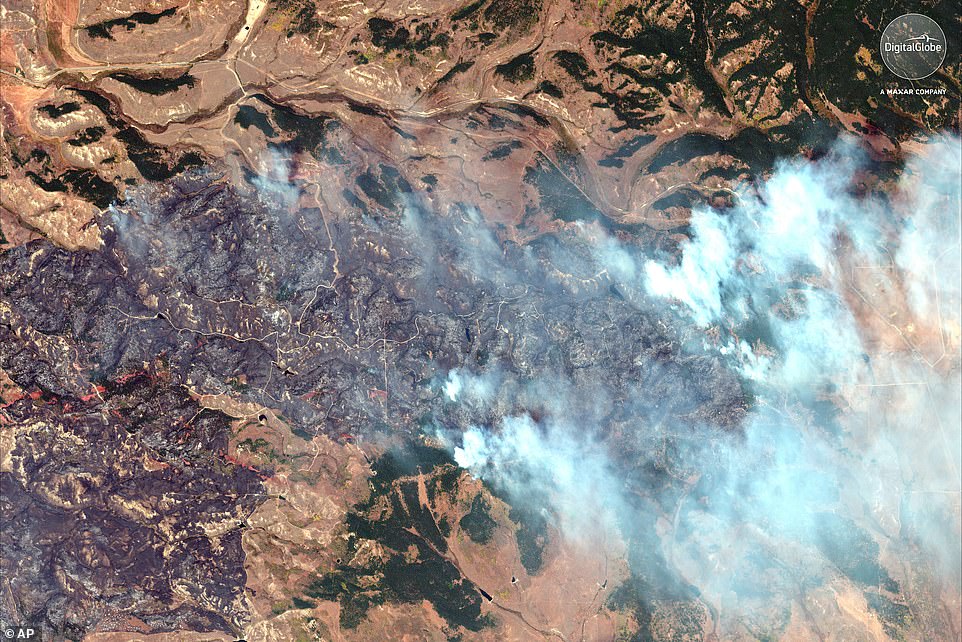 Smoke from the fire can be seen having torn through areas of rural woodland in Wyoming as the fire spread to cover an area of over 50,000 acres by Wednesday morning

But despite entirely encircling the homes, all the buildings remain still standing thanks to firefighters’ efforts to halt the inferno.

The Roosevelt Fire has forced 500 people to evacuate their homes in the 10 days since it began about 30 miles south of Jackson Hole.

Emergency officials went door to door telling people to leave the small community of Bondurant and nearby areas south of Grand Teton and Yellowstone National Park.

Firefighters are hoping more favorable weather conditions allow them to make gains on the fire that has burned an estimated 77 square miles (199 square kilometers).

‘I have asked that all resources necessary to fight these fires be made available. My heart is with those whose property and homes are in harm’s way and the firefighters working to protect them.’ 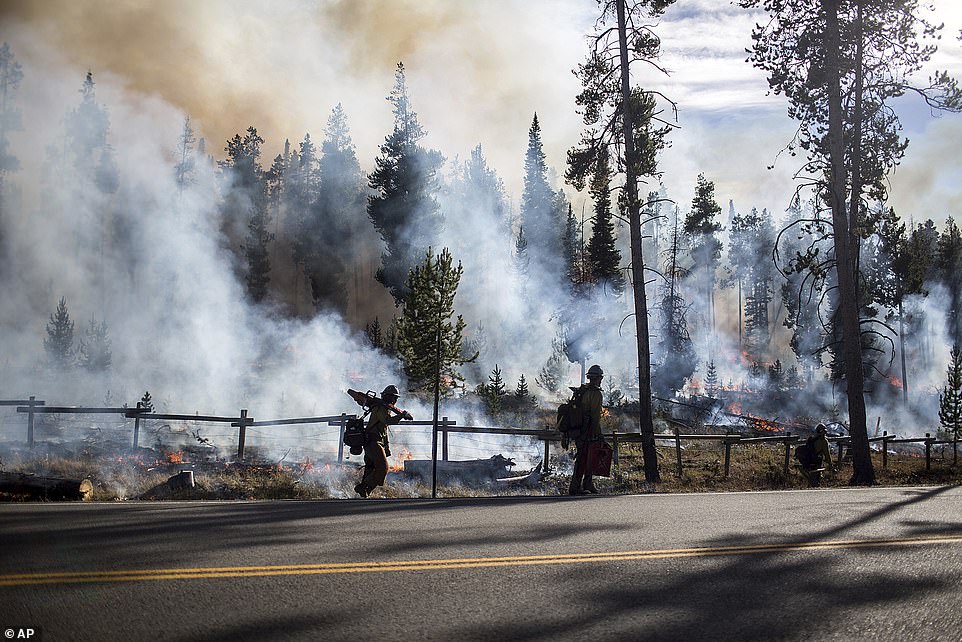 Firefighters with California’s Eldorado Hotshots crew walk along Highway 191 during a controlled burnout operation, Tuesday near the Rim south of Bondurant, Wyoming 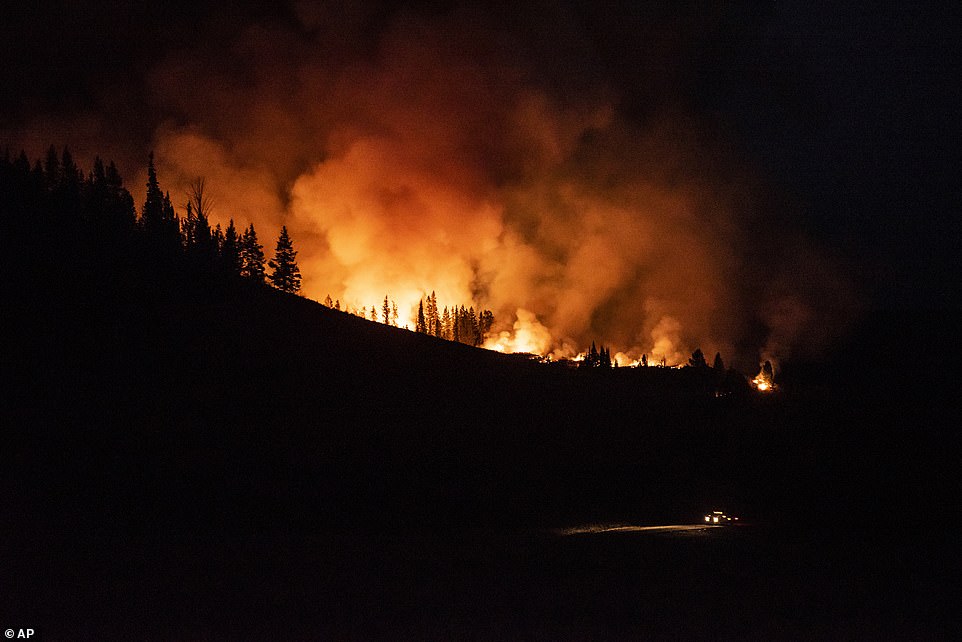 The Roosevelt Fire burns near a ridge in Bondurant, Wyoming on Monday as firefighters were called in from miles around to try and contain the blaze 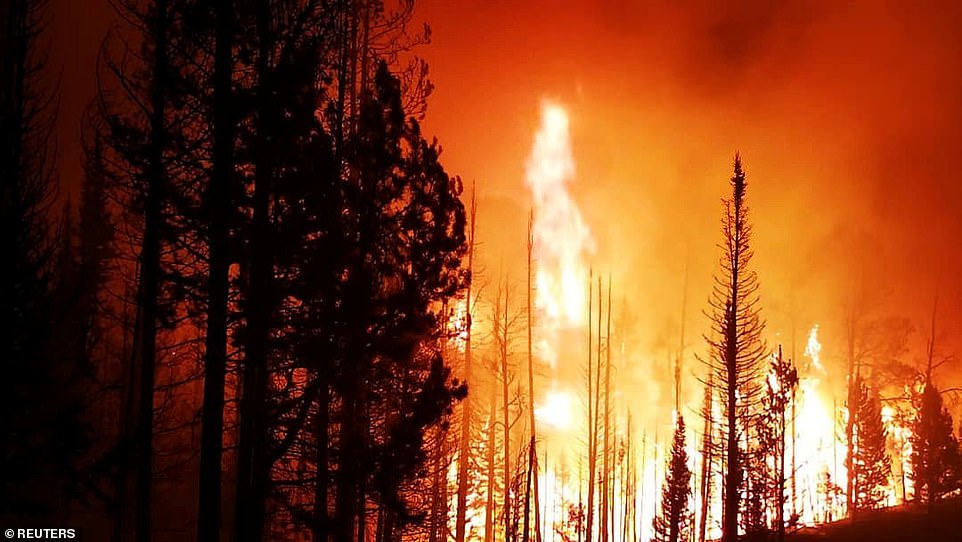 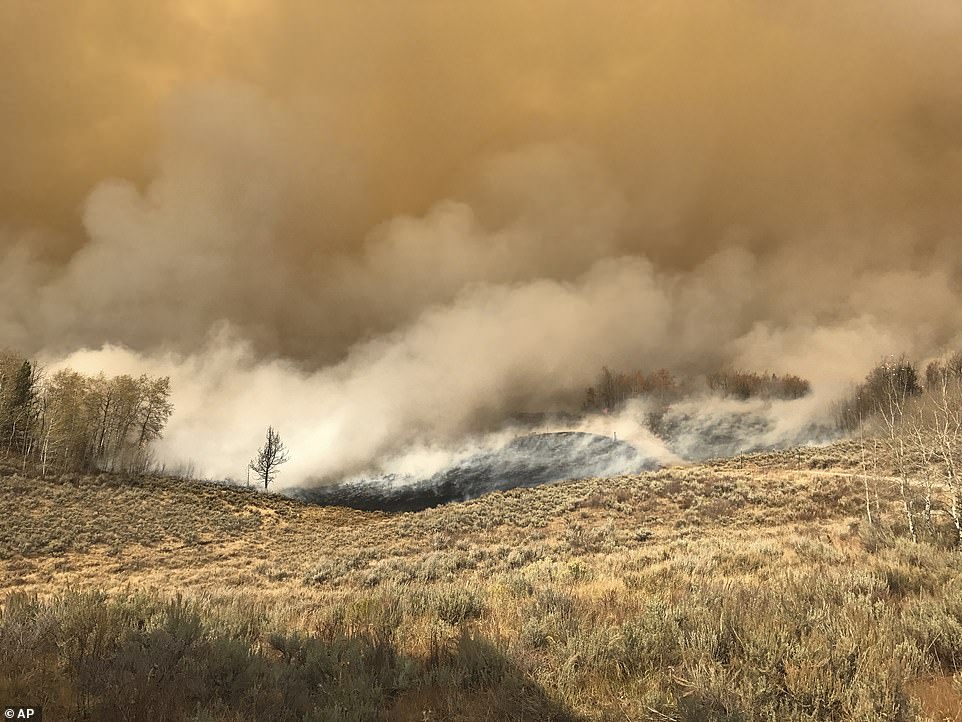 ‘We haven’t had moisture for weeks, and the winds today were going from 35 to 50 miles per hour. The fire picked it up and ran with it,’ he said on Sunday.

Neither Jackson nor the national parks were expected to be threatened by the blaze.

The cause of the Roosevelt fire was under investigation. It comes at the height of the region’s hunting season and is one of three that have erupted since mid-September in the Bridger-Teton Forest in western Wyoming.

Wildfires have charred more than 7 million acres across the Western United States so far this year. 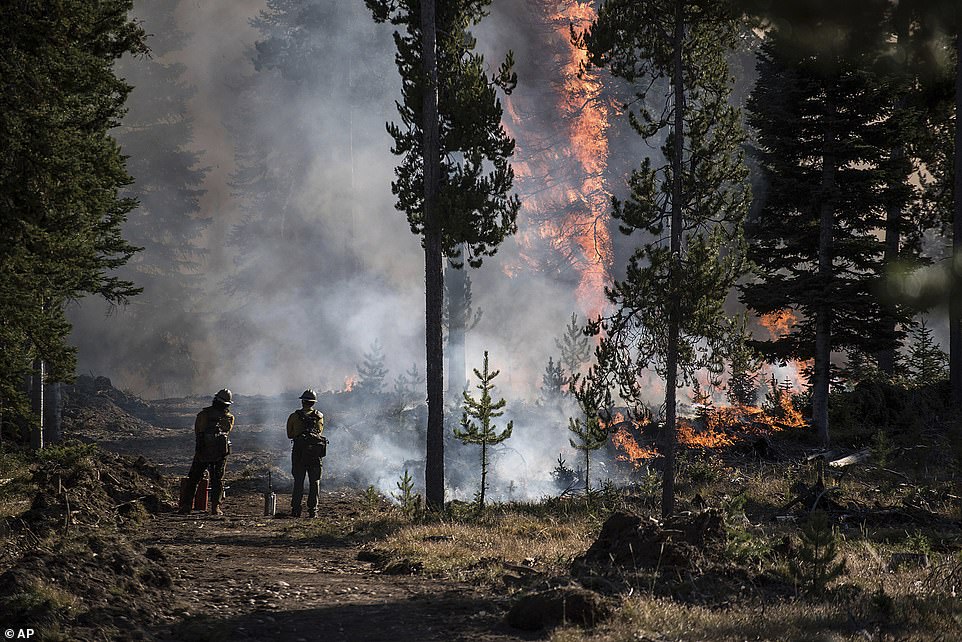 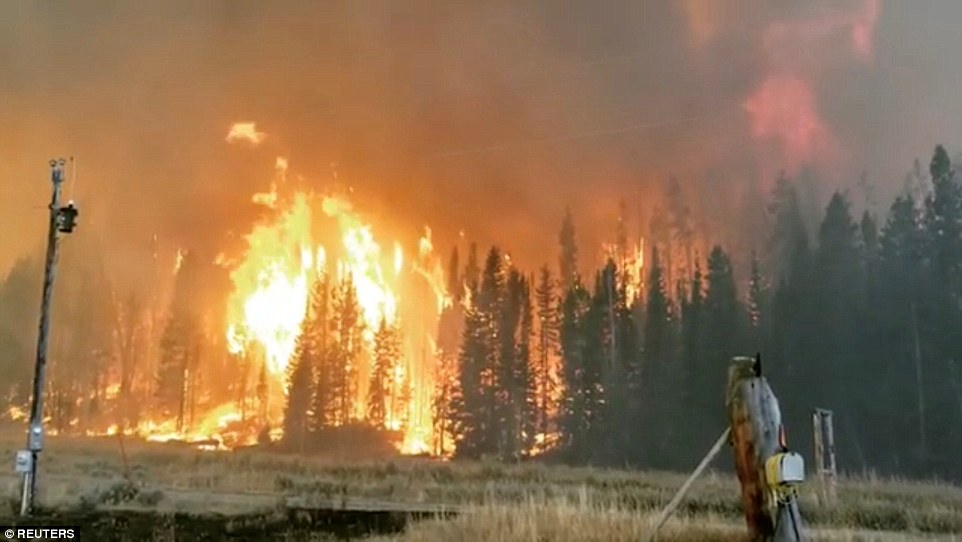 The fire, pictured raging in Bondurant, Wyoming on September 18, was 22 per cent contained as of Monday afternoon according to authorities 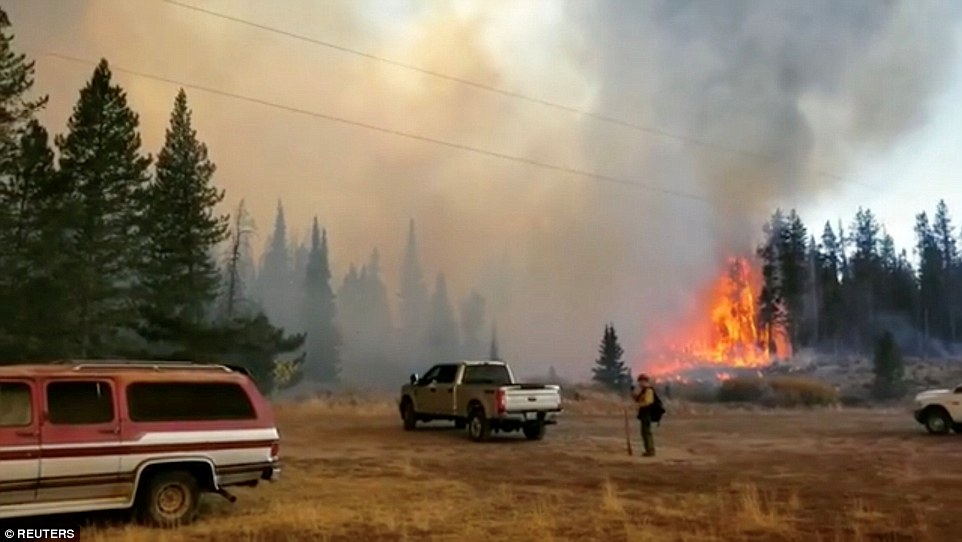