Stripper punches a patron after he calls her a bad mom

A stripper has been accused of knocking out a man’s front tooth after he called her a bad mother while she was dancing for him.

David Kupferstein, 36, filed a lawsuit against the Hustler Club in Hells Kitchen, New York, after his disastrous visit with friends in 2015.

Kupferstein, a private chef, described how the woman was dancing for his group who were ‘throwing money at her’ when she opened up to him about her life.

‘She told me all about herself and her family and her children… and how they were f–king up with the police,’ he said in the lawsuit, obtained by the New York Post.

‘I said, “It sounds like you are a bad mother.”

Kupferstein claims the dancer punched him in the face as he went to take a sip from his drink, knocking out his front left tooth in the process.

He said that ‘within seconds’ he was surrounded by bouncers. They hunted for his tooth on the floor and escorted him out.

The strip club fan, who is single, said that the manager promised to cover his dental bills but later refused. 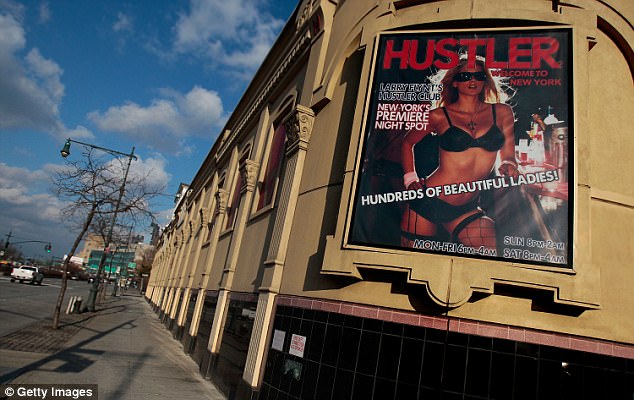 Kupferstein described how he visited the Hustler Club in Hells Kitchen, New York, (pictured)  with friends in 2015 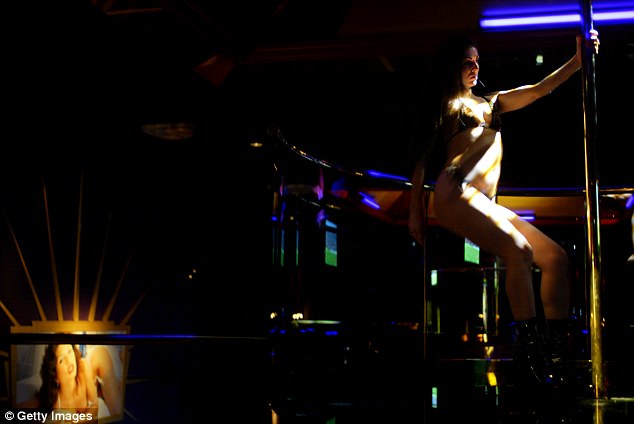 He says that he and his friends visited in 2015 and were ‘throwing money’ at a stripper (pictured is an unrelated, stock image of a stripper)

Kupferstein admits its ‘sort of insulting’ to tell a woman who you are paying to dance for you that ‘she is a bad mother’ but believed it would be fine because they had a ‘rapport.’

He complains that he was left with a gap in his teeth until he could get it fixed. He says that during that period, he went for an interview at a restaurant which asked him to ‘smile’ during the meeting.

Kupferstein, who says he’s ‘ashamed’ at visiting the establishment, is suing for $1 million in damages as he claims he has years of dental work ahead of him.