‘Like the Gestapo’: Struggling restaurant owner is fined $5,000 just days after new dining restrictions are introduced

A struggling restaurant in Western Australia has been slapped with a $5,000 for breaching new COVID-19 dining restrictions by letting too many customers into the venue.

Catalano’s Cafe in Victoria Park, Western Australia, was found with 28 diners in the establishment when current rules only allow 20 people at one time.

The West Australian reported police had given two verbal warnings before returning on May 22 to find eight people over the limit.

Co-owner Joe Murgia said the way the police entered his cafe shoulder to shoulder made it feel like they were the ‘Gestapo’.

‘Given it was the first week, I would have thought some tolerance would be acceptable so businesses and staff could bed down their system under the new rules.’

While Mr Murgia did not dispute the breach and said it wasn’t as simple as it looked.

He said three people were waiting on their takeaway meals and others were in the process of leaving but had lingered to chat. 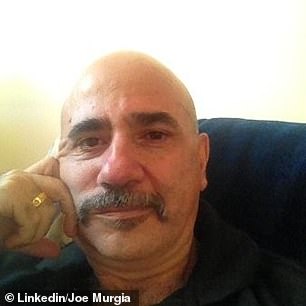 The cafe’s income was already down 94 per cent and Mr Murgia said it was a challenge juggling the new restrictions while still being profitable.

‘When you hear there are 100 people sitting in the food court at Carousel not following social distancing rules, it is easy to understand why many restaurants are frustrated,’ he said.

Western Australia is currently under Phase 2 restrictions which allows for 20 people at indoor and outdoor non-work gatherings.

Cafes and restaurants are permitted 20 patrons at a time.

The state government announced Western Australia will roll back to Phase 3 restrictions from June 6.

Deputy Chief Medical Officer Nick Coatsworth says the lifting of restrictions is a balancing act between the socio-economic benefit and the public health risk.

‘Most importantly we’re taking the time to gather the data over the coming weeks to determine whether it’s safe to move to the next round of lifting restrictions.’ 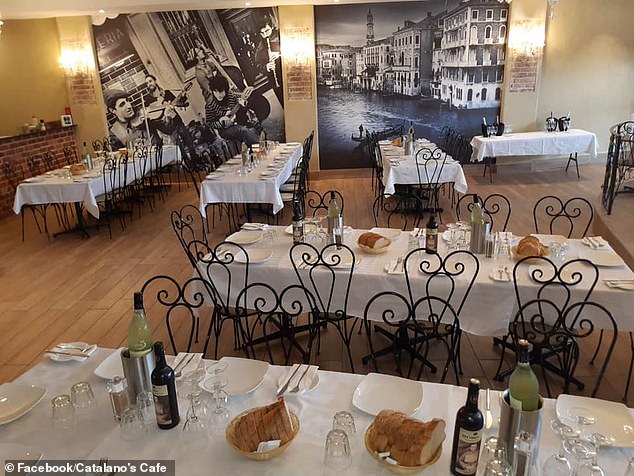 The cafe (pictured) had breached the restrictions three times in five days before officers issued the $5,000 fine on May 22