The struggling test-and-trace programme has been forced to bring in super-management consultants from KPMG in an attempt to get back on track.

The government is preparing to draft in a new team to bolster the £10billion scheme which was implemented to manage any second coronavirus wave.

The service, which was introduced by Boris Johnson earlier this year as ‘world-beating’, has been condemned as ‘barely functional’ after being flooded by demand in recent weeks.

It comes as the Prime Minister sounded the Covid-19 alarm after admitting an ‘inevitable’ surge in cases – with the UK recording a four-month high of 4,322 new infections in the past 24 hours.

‘Hundreds’ of staff from consulting firms including KPMG and EY have been put on standby to work in various parts of the test-and-trace system ‘on a short-term basis’, according to The Guardian.

It is thought that they will be required across the programme including project support, supply chain, data and programme management sectors.

The consultants are said to be starting within the next 72 hours and will likely remain for the next six months – with the terms of contracts still being negotiated.

It is not yet clear how much these services will cost the taxpayer.

EY and the Department of Health and Social Care have been contacted for comment. 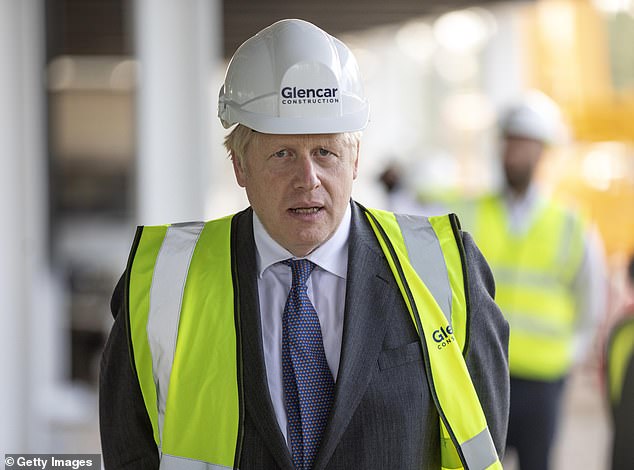 The move comes after Boris Johnson (pictured) tonight admitted that an ‘inevitable’ second wave of coronavirus had begun to batter the UK, as the nation was placed back on Covid red alert

The move comes after Boris Johnson tonight admitted that an ‘inevitable’ second wave of coronavirus had begun to batter the UK, as the nation was placed back on Covid red alert.

The Prime Minister said a second nationwide lockdown was the ‘last thing anybody wants’ but revealed his administration was considering whether it needed to ‘go further’ to see off the new virus surge.

A raft of new measures including localised lockdowns has been put in place this week. 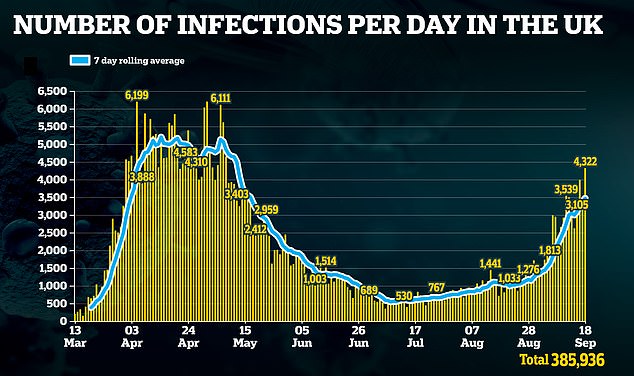 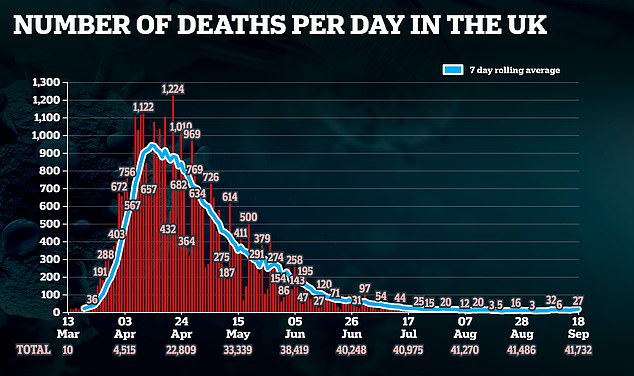 Visiting the Vaccines Manufacturing Innovation Centre construction site near Oxford, Mr Johnson said: ‘I don’t want to go into bigger lockdown measures at all, we want to keep schools open and it is fantastic the schools have gone back in the way they have.

‘The only way we can do that is obviously if people follow the guidance.’

Nightingale hospitals were today ordered to be ready to open again within 48 hours – and another swathe of England was plunged into lockdown.

Health bosses have revealed the temporary hospital in Birmingham’s NEC arena – officially opened by Prince William via videolink during the darkest days of the outbreak in April – has been placed on standby so it can start treating patients within two to three days.

The UK’s daily infections hit a four-month high of 4,322 in the past 24 hours with figures showing the outbreak has nearly doubled in size in a week and the R number is potentially as high as 1.4.