The leaked 14-second video – showing an older gentleman snorting an unknown substance from a plate – was posted to Facebook page NRL Memes on Monday night.

The father-of-four and and former Bachelorette favourite has also provided an explanation of what the unidentified substance is, telling Daily Mail Australia it ‘is actually so harmless it’s laughable’.

Laundy described the man allegedly snorting the powder as ‘part of Sydney folklore’ and explained he had the three younger men ‘mesmerised with stories from his youth’.

Laundy says the harmless explanation for the supposedly outrageous video’s contents is simple: it’s a common ingredient found in most kitchens.

‘He was telling this particular story about a bloke called Kevin and it required some props,’ he said.

‘I believe [he] got some flour from the kitchen to aid in his story telling.’

In the footage, Norman can be heard in the background saying ‘tell the young blood’ before he erupts into laughter, making a brief appearance in the video.

The video then turns to Laundy and an unidentified man sitting on a couch laughing.

‘We just enjoyed a few beers that day,’ Laundy said of the day’s events.

‘Corey was with us but was not celebrating due to his team taking the wooden spoon that season,’ he said. 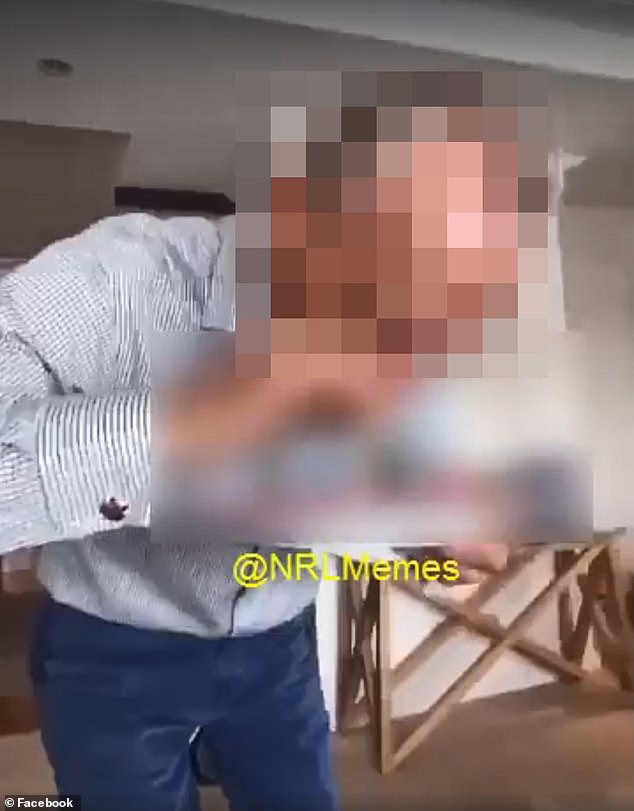 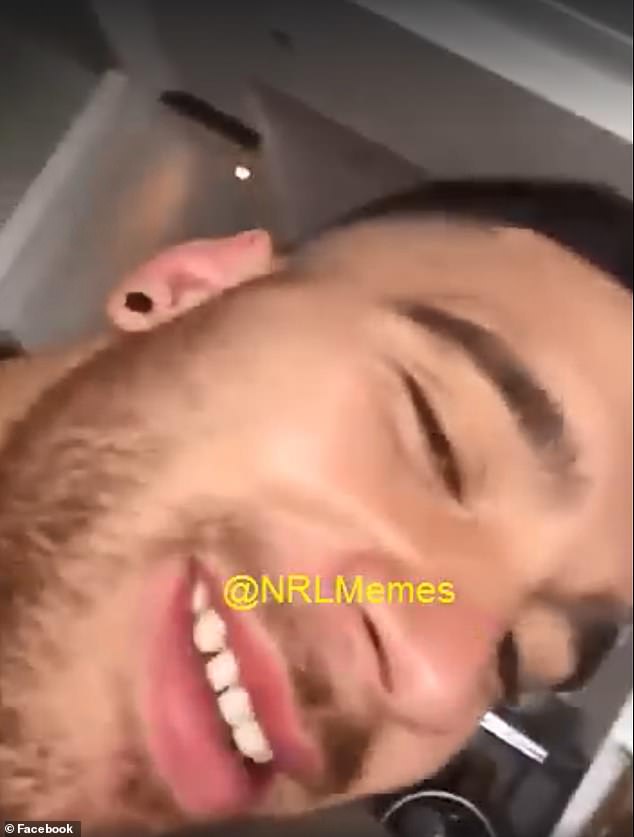 The video attracted 124,000 views, more than 400 shares and thousands of comments within hours of being posted.

‘The St George Illawarra Dragons have been made aware of a video circulating on social media of Corey Norman from several years ago,’ the statement read.

‘The Dragons informed the NRL Integrity Unit on Monday afternoon. The Integrity Unit have since confirmed they have previously been made aware of the footage and dealt with it accordingly at the time. The club will make no further comment.’ 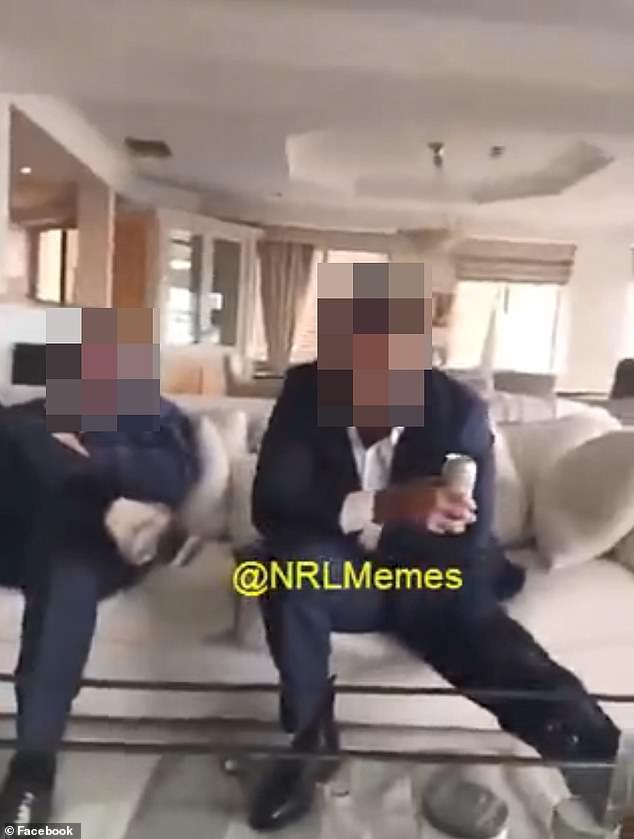 Two other men (pictured) also feature in the video, laughing at the man’s antics

The video was reportedly filmed by former Parramatta Eels star playmaker and sent to his teammates via Snapchat.

The other video being circulated at the time is believed to show Norman and a naked woman in a sex act, where he appears to pour beer over the woman.

The release of the latest leaked video followed a lewd video of Dylan Napa having sex with a woman being leaked last week, before a second film showing a solo sex act was shared at the weekend. 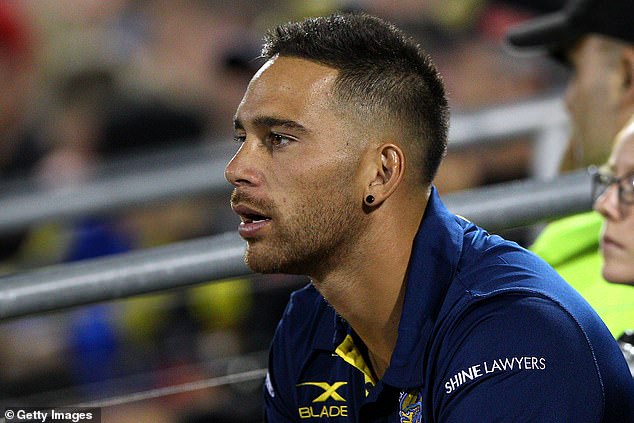 The two separate videos were believed to have been taken more than four years ago and Napa is now considering legal action.

Norman is no stranger to controversy.

He was suspended for eight weeks and was fined $20,000 for breaches of conduct in 2016 including filming sexual activity and consorting with known criminals.

After beginning his career with the Brisbane Broncos, Norman spent five seasons with Parramatta before he signed a new three year deal with St George Illawarra last month.