Embattled deputy Liberal leader Stuart Ayres has insisted he did not help John Barilaro land a $500,000 trade job in New York in a lengthy Facebook post.

Mr Ayres dismissed allegations he had a hand in appointing Mr Barilaro as the Senior Trade and Investment Commissioner to the Americas.

The minister claimed the only person who had the power to make the trade appointment was the CEO of Investment NSW.

Mr Ayres added in a press conference on Monday he had only texted a copy of the job advertisement to Mr Barilaro after it had already been placed on the Australian Financial Review.

Labor accused Mr Ayres of lying after he said he did not meet with Mr Barilaro during the recruitment process and had maintained his distance.

Embattled deputy Liberal leader Stuart Ayres has insisted he did not help John Barilaro land a $500,000 trade job in New York in a lengthy Facebook post

‘The selections of our Senior Trade and Investment Commissioners (STICs) appointed in India, Japan, Singapore and China, were conducted in accordance with the GSEA,’ Mr Ayres wrote on Facebook.

‘It was an independent, transparent and meritorious selection process and the same process was used for the STIC – Americas role.

‘Not liking Mr Barilaro or his style of politics is not a suitable reason to reject his application, let alone not select him for the role.’

Mr Ayres distanced himself from Mr Barilaro saying the pair did not consider each other close friends.

‘While I respected Mr Barilaro in his role as Deputy Premier, Leader of National Party and his passionate (and at times excessive) advocacy of regional NSW I don’t think we ever called each other close friends,’ he wrote.

‘In fact I can’t think of one time in the 11 years we were both in parliament together that we shared a meal or a beer together outside of a work function.’

Mr Ayres doubled down on his comments in a heated press conference on Monday, insisting he did not interfere with the recruitment process.

‘I wasn’t involved in this recruitment process,’ he said.

‘I was not involved in the selection panel. I wasn’t engaged in the writing of any of those reports. 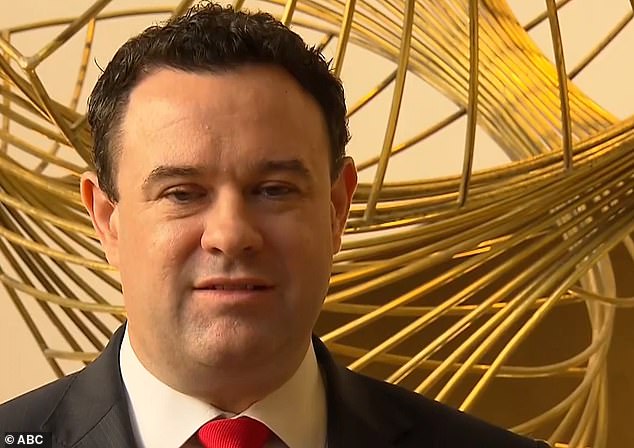 Mr Ayres doubled down on his comments in a heated press conference on Monday, insisting he did not interfere with the recruitment process 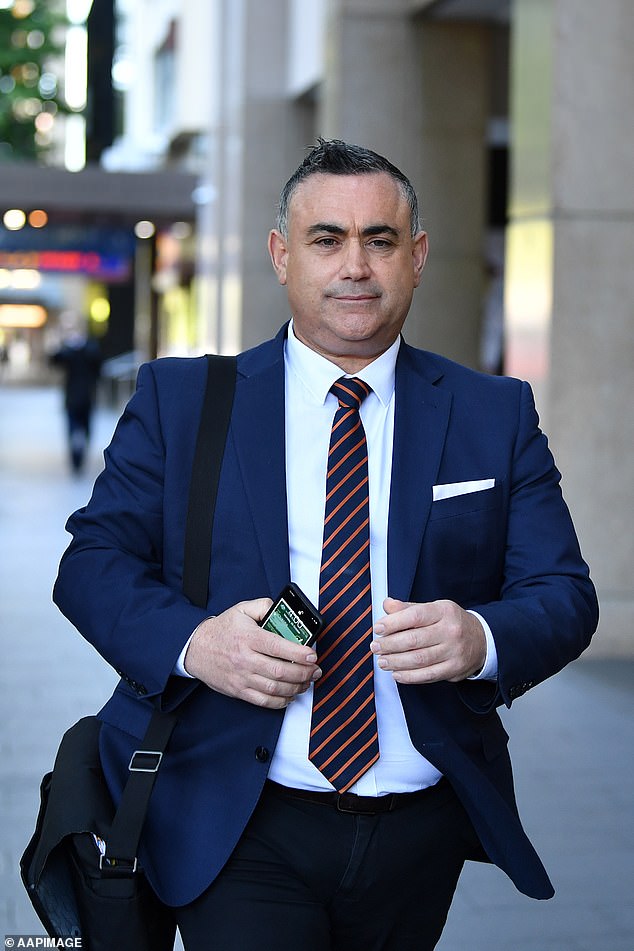 Mr Ayres admitted to having ‘discussions’ with Investment NSW CEO Amy Brown but never influenced her decision making on who should be selected.

‘The discussion was about people that were already on the list,’ he said.

‘It wasn’t a request from me, it was merely a discussion that took place in the office about the people that were on the short list.

‘The decision on who goes onto that short list is not for me.’

He insisted he would not step aside as Deputy Liberal Leader despite mounting pressure.

The trade minister made the comments ahead of the release of documents related to the appointment process on Monday by a parliamentary committee investigating how Mr Barilaro got the plum job.

More emails, reports and Mr Barilaro’s CV will be among the documents to be released before the upper house inquiry resumes on Wednesday.

The Labor opposition says the government’s ‘fingerprints’ are all over the controversial appointment.

Tabled documents included the email sent by Investment NSW CEO Amy Brown in February, in which she said she had discussed a shortlist of candidates with Mr Ayres.

She said Mr Ayres had requested adding a candidate to the selection process. The candidate’s name has not been made public. 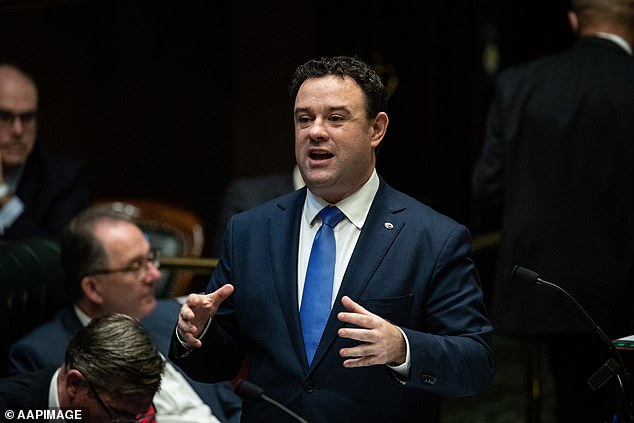 Another Investment NSW document showed Mr Ayres and Mr Barilaro met on or before June 16 – the day before it was announced the former deputy premier had secured the role – and Mr Ayres had indicated he supported the appointment.

Senior public servant Jenny West has given evidence to the inquiry, saying she was told she had the job and that she subsequently lost her senior job at Investment NSW after the offer was withdrawn.

The $500,000 a year trade post based in New York was switched to a political appointment and went to Mr Barilaro, who last month relinquished it saying it had become untenable.

When the upper house inquiry hearing resumes on Wednesday, Ms Brown will be recalled.

Mr Barilaro will give his side of the story to the inquiry next Monday.