Stuart Broad insists he is not past his best

Stuart Broad did not need to come charging in off his full run to dismiss the suggestion his pride had been hurt by the prospect of Joe Root breaking up the greatest new-ball partnership in England’s Test history.

‘To be honest I wasn’t,’ said Broad of Jimmy Anderson’s declaration that his partner had been ‘disappointed’ to have the new-ball taken away from him in both England’s warm-up games and given instead to Mark Wood and Chris Woakes.

‘I’ve just spoken to Trevor Bayliss and no decision has been taken yet about the first Test. I think we’re just going to be a bit more flexible. We’re just trying to find ways to improve really because away from home we haven’t got it right.

‘Since we beat South Africa two years ago our away form has been pretty average. I don’t think that’s just the bowling because we have to improve in all departments.

‘Is there a way we can elongate the pressure and be on the money for two hours a session back-to-back through a Test match day?

‘Are there certain things we can do to improve because we haven’t broken through as much as we should away from home. Like, do we want to use certain bowlers against specific batsmen?

‘For instance I think I’ve got Ross Taylor out nine times in Test cricket. So should I be bowling his first 30 balls? That sort of thinking is coming into our bowling group under Chris Silverwood.’

He was certainly talking like a man who will not be taking the new ball at Eden Park on Thursday, at least the first one. 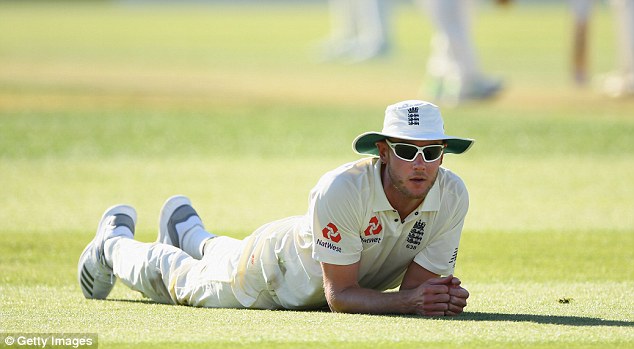 And that remains intriguing, not least because it suggests Root might be beginning to flex his muscles as captain.

One of Alastair Cook’s perceived weaknesses was allowing his two big bowling beasts in Anderson and Broad to dictate to him.

And, frankly, with more than 900 Test wickets between them, they do know what they are doing.

But there is no question Broad has not been at his best since the latest of those extraordinary Test winning charges that had become a speciality to brush aside South Africa in Johannesburg more than two years ago.

And there has been the nagging suspicion that Root felt let down by his record-breakers in Adelaide during the Ashes when he inserted Australia in the pink-ball Test only to see Anderson and Broad bowl too short with the new ball.

It was Wood who let the cat out of the bag here by saying he had been told England were ‘looking to the future’ by asking him and Woakes to take turns with the new ball in Hamilton ‘in case the big two both retire at the same time.’

Considering Broad, at 31, is four years younger than Anderson, the thought that Root might be considering his Wellington 2008 moment when Michael Vaughan jettisoned Matthew Hoggard and Steve Harmison to bring Broad and Anderson together in the first place, became a plausible conspiracy theory. 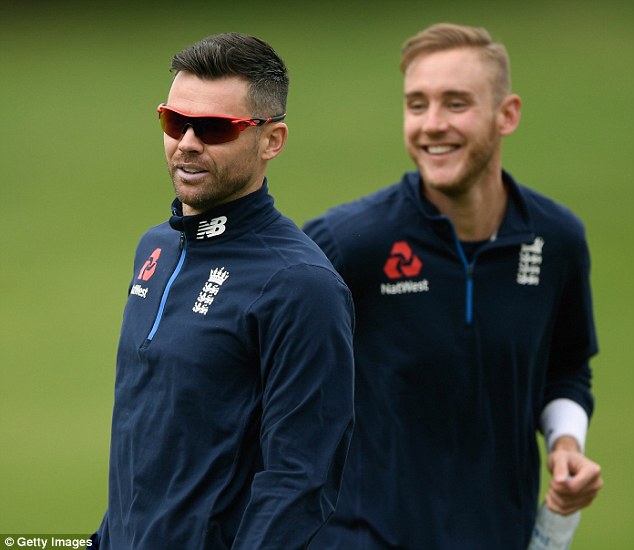 Not if Broad has anything to do with it. He was diplomatic but his competitive spirit remains intact and he will go into the first Test with adjustments made to his action and fire still raging in his belly.

‘Yeah I am,’ he said when it was put to him that he may not be quite the match-winning force of old.

‘I’ve not had the streaks of wickets I want but I’ve also had the most dropped catches in world cricket over the last three years which never seems to get mentioned.

‘If I get wickets in my first two or three overs that’s when I tend to push on and I don’t know whether that’s a confidence thing. Yes I haven’t had that big spell for a while but I do feel like my time is coming.

Broad spent much of his break since the Ashes working at the Nottinghamshire indoor school on adjustments to an action which has seen him falter against right-handers in the last two years. 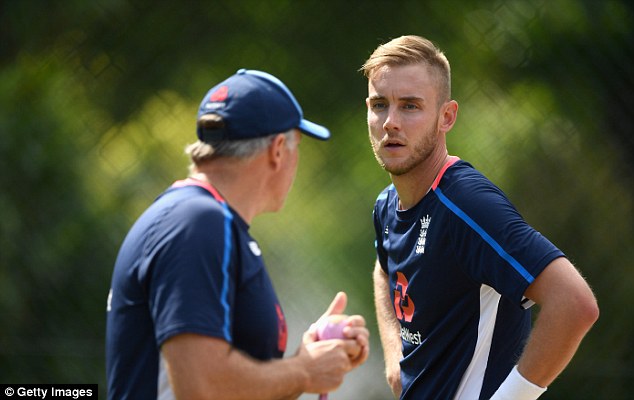 ‘It’s something I’ve been aware of for some time and it’s been frustrating that I haven’t been able to sort it but when you’re in competitive mode you don’t really get that opportunity,’ he said.

‘Bowling in the nets you’re always getting ready for the game. So I had a nice little period when I had a break and I just walked through for 10 days non-stop completely on my own.

‘I didn’t want input. Cricket’s a feel sport and I just wanted that feeling myself. I didn’t want someone going “your front arm’s doing that”. I just put on some music and away I went.’

He stood up to demonstrate the changes he has made after feeling he had become too technical but, basically, they involve using his front arm more and getting his wrist fully behind the ball to get more bounce and, crucially, move the ball away from right-handers. In Hamilton he was the pick of the England attack. 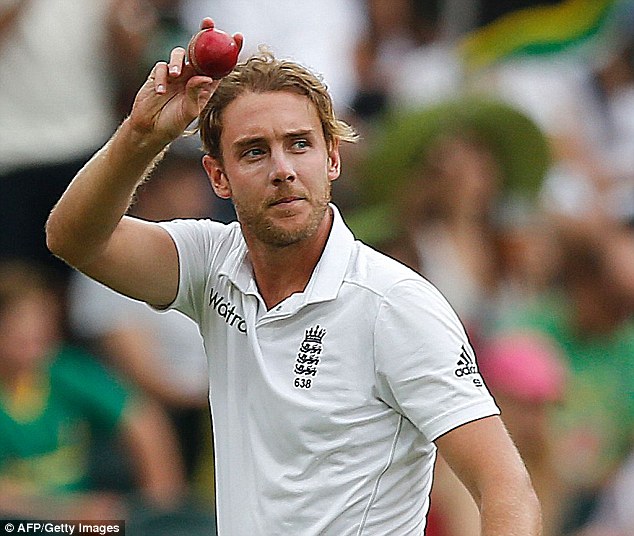 ‘It was probably the best I’ve bowled for a year, just in terms of the way I was shaping up, the feeling of the action,’ said Broad of the warm-up matches.

‘I feel like something good is coming my way the way the ball is coming out.’

Something good will come when Broad takes his first wicket under lights at Eden Park because it will be his 400th in Test cricket.

‘I’m desperate to get it,’ he said. ‘But regardless of individual wickets this proves I’ve put a lot into my bowling over a long period of time.

‘Of course it would be a very good club to join but it’s been a long time coming.’

The only question is whether the landmark will come with a new or old pink ball.