The moggy blues: Stubborn cat dozes on an open piano refusing to budge despite owner hammering the keys

Cats usually like to choose quiet and warm places to sleep such as on top of a radiator or the best chair in a sitting room.

But this bizarre moggy was a bit out of tune when it decided to sleep on top of a working piano.

Hilarious video shows the grey tabby snoring calmly on the backs of a piano key, as a young man plays a song.

Its head bobs gently up and down as the pianist slides his hands along the keys.

At one point the sleepy puss even reaches out its paws as though comforted by the music.

The pianist presses one down onto a note to help him through the song.

Spread across almost half the piano, the cat doesn’t even budge when keys are played directly underneath it, but continues to lie there fast asleep.

The cat must be a fan of piano music.

Cat nap: The grey tabby refuses to wake up no matter what song is being played 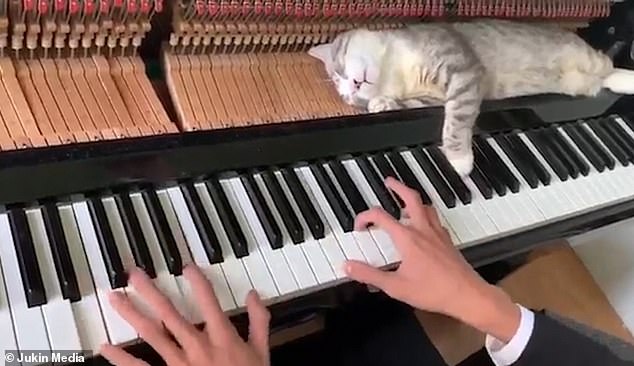 Music to its ears: No matter how many notes are hit the kitty is in its own world 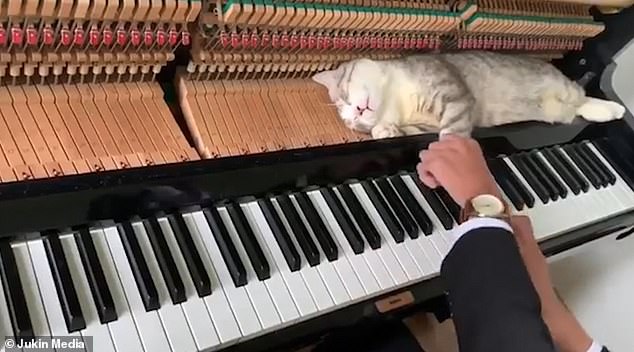 Paws for thought: The pianist plays underneath the grey tabby and still it is unmoved 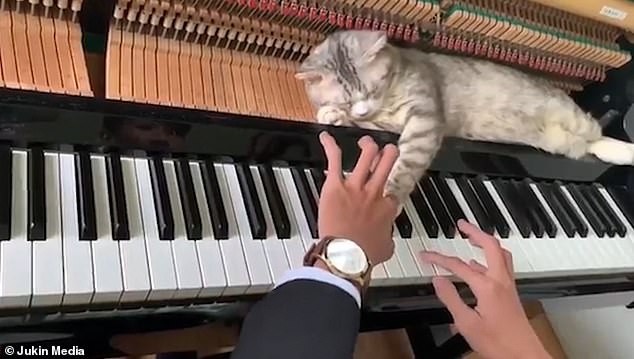 Hitting the high notes: The sleeping cat’s paws are made to touch the notes and it still fails to wake up