A student who funds her degree by lap dancing has insisted the job isn’t ‘seedy’ – and she can earn up to £2,000 in a week.

Emma Parker*, 24, from London, says her family are ‘cool’ with her side-line career – and her mother even encouraged her to make the most of her ‘assets’.

Having studied her undergraduate degree in English Literature at Warwick University, she is now working towards a masters in Modern Literature and Culture at Kings College London.

Emma said lap dancing has helped to ease her student debt – but admitted it’s difficult to resist spending her extra cash on clothes and shoes.

Emma Parker*, 24, from London, says her family are ‘cool’ with her side-line career – and her mother even encouraged her to make the most of her ‘assets’

‘I started lap dancing in my gap year to save up a bit of money for travelling, then I did it on and off at university and carried on as it’s convenient while I’m doing a masters,’ Emma told FEMAIL.

‘What I earn varies because I do different numbers of nights week to week, but if I do a few nights over the weekend and get lucky with a few rich businessmen coming in, I can make £2,000 in a week.

‘On average I probably take home about £300-£500 a week, however there are some weeks I don’t work or only do one night.

‘I’m saving up some of it to hopefully move out, as I’m back living at home at the moment.

‘Though I have to admit, a lot of it gets spent on typical girly stuff like shoes and clothes, as well as going out, although I do try to use my assets to get drinks bought too!’ 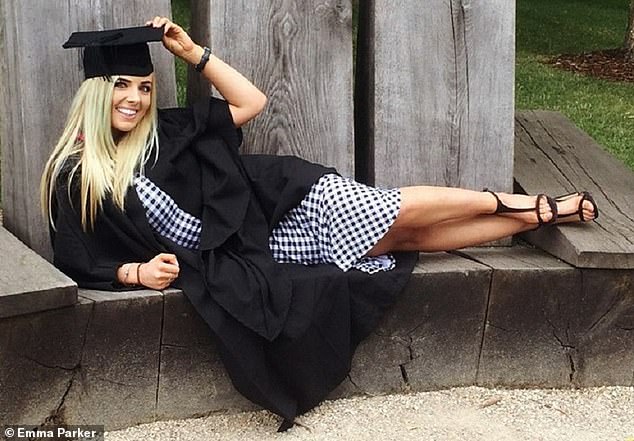 Having studied her undergraduate degree in English Literature at Warwick University, Emma is now working towards a masters in Modern Literature and Culture at Kings College London

Emma admitted she kept her job a secret from her parents during her gap year, telling them she was a barmaid at a casino to explain her unsociable hours.

She also kept them in the dark while she was away at university, but after returning to London she decided to come clean.

‘My dad wasn’t that happy, but he’s OK now,’ she said. ‘My mum didn’t have a problem with it – she actually said, “Well you’re rather busty so why not use your breasts to your advantage?” so I guess that’s where my attitude comes from!

‘My sister knows too and thinks it’s awesome, which is cool.’ 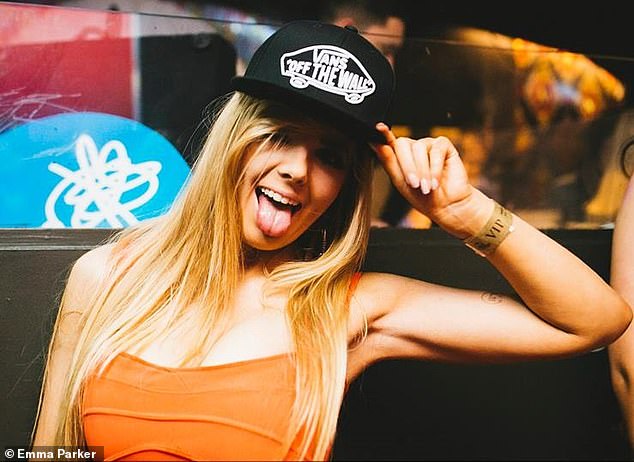 Emma admitted she kept her job a secret from her parents during her gap year, telling them she was a barmaid at a casino to explain her unsociable hours

Emma said she feels there is an ‘unfair stigma’ around lap dancing, even though it’s ‘so common now’.

‘We’re made to feel embarrassed about it or that we shouldn’t say we do it, but there are clubs everywhere and all kinds of men of all ages go,’ she argued.

‘Also all kinds of girls do it now – it’s a great source of income for students, loads of girls who do it are studying or on gap years.

‘It’s not seedy either, it’s just a bit of fun, and in my experience, in clubs that are well run, the girls are totally safe. Obviously you get some men who get a bit much, but if you can’t deal with them, the doormen will.’

Emma spoke of a recent embarrassing incident when a wealthy guy she used to babysit, who is now 18, came into the club with his friends. 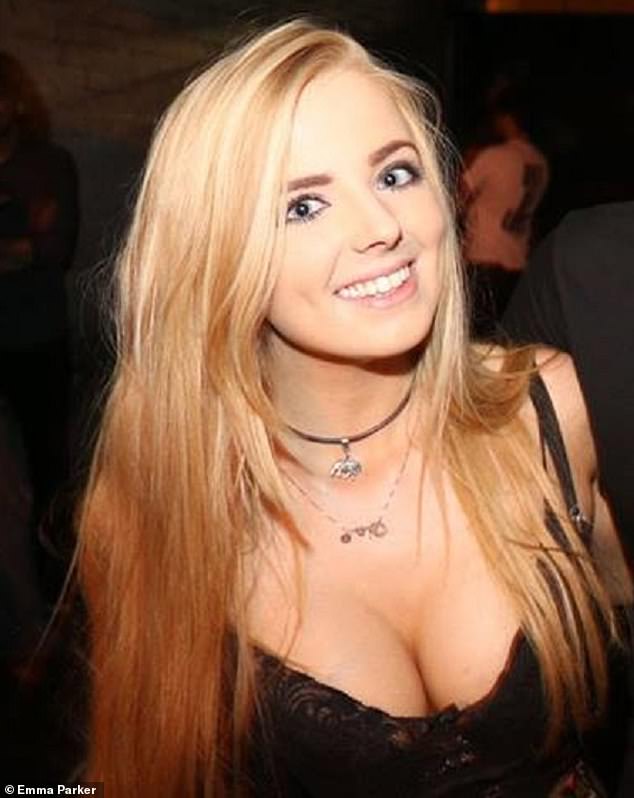 Emma said she feels there is an ‘unfair stigma’ around lap dancing, even though it’s ‘so common now’

‘I was 14 when I started to babysit him and his younger brothers and I did it for two years – his parents know mine,’ she explained.

‘We used to chat, as he was the oldest of the boys, but I never suspected he fancied me or anything.

‘It was kind of surreal dancing naked in front of someone whose smelly footy kit I used to complain about having to pick up!’

She admitted she didn’t recognise him at first, as he was with his friends on a lads’ night out – but he clocked her straight away.

‘When I started talking to him and one of his friends, who’d gestured me over, it clicked just as he was saying it,’ Emma recalled.

Emma pictured at the age of 16, at the time she was babysitting the children of her parent’s friends – one of which turned up at her lap dancing club

‘It was super awkward at first because I was just picturing him as the boy I babysat and me coming round after school or at weekends, then complaining about the “stinky boys” to my friends after!

‘When I took my dress off and got down to my underwear I was like, “I can’t believe this is happening!” Then when I bent over and he slapped my bum, and it was like I went back into babysitting mode because I was like, “Oi!”

‘I tried to just think about it like any other dance, but it did come back into my mind a couple of times and I nearly tripped over in my heels when the whole situation came into my head again!’

Emma told how the guy bought a couple of dances from her – and she embraced the opportunity to bag herself a regular customer by telling him to come back.

The 24-year-old spoke of a recent embarrassing incident when a wealthy guy she used to babysit, who is now 18, came into the club with his friends

She added: ‘My friends love it and said he must think I’m the best babysitter ever now! Plus he did say after I danced for him that he’d always wanted to see my boobs!

‘I wasn’t sure what to make of that, but the girls told me to take it as a compliment.

‘He also texted his brothers in between dances and they were like, “So jealous” – and asked if their parents would hire me back as a babysitter!’

*Name has been changed.