A star University of Tennessee student died after collapsing at a charity fraternity boxing event to raise money for the Golden Gloves.

Joseph Tanner Wray, 20, collapsed between the second and third rounds just as he was about to sit down on a stool in the ring just before 9:30pm Friday, according to the Knoxville Police Department.

The student-athlete appears to have died due to a medical condition and not any injuries or trauma from the boxing match, according to the Knoxville Police Department.

Wray was participating in the Ace Miller Boxing Tournament, an annual tournament where University of Tennessee fraternities box against each other.

Joseph Tanner Wray, 20, (pictured wearing number 5) collapsed during a charity boxing match Friday night in Tennessee and was pronounced dead at the hospital 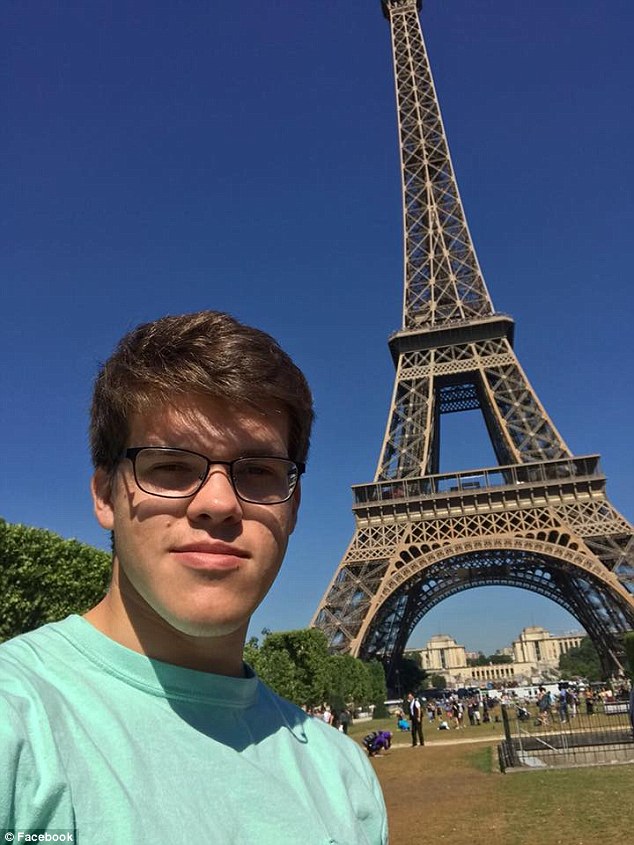 The young man was described as an excellent student, athletic, and was the VP of his Chi Phi fraternity at the University of Tennessee 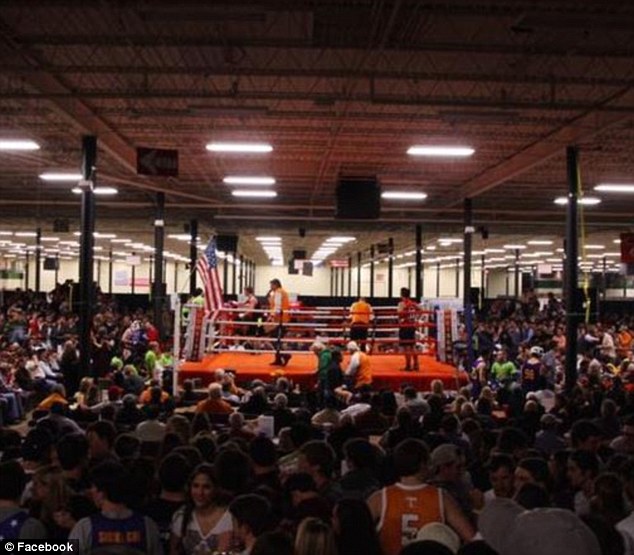 According to the police he received medical attention on scene and was transported to UT Medical Center, where he was pronounced dead.

The bright young man was studying aerospace engineering and was the vice president of his Chi Phi fraternity, according to KnoxNews.

His mother, Amy Long Schisler, took to Facebook and said that her son had died of a cardiac event, though it will be a couple weeks before the autopsy is finished.

‘All my family and friends…last night was the absolute worst night of my life. My son, my baby, was boxing at UTK and collapsed from cardiac arrest,’ Schisler wrote on Facebook

‘The doctors and nurses did everything humanly possible to resuscitate him, but were unsuccessful.

‘The Lord called him home. He was an exceptional person and I do not know how I’m going to get through the next few days.

‘I ask for your prayers to keep me strong as I lay my son to rest in the coming days.’

‘This country, this world, lost a phenomenal man,’ she said.

‘He was just perfect. He gave 110 percent to everything he did.’

His fraternity also spoke out and and said Wray had an ‘outstanding academic record.’

The boxing tournament Wray was participating in was started in 1980, and is open to fraternity members. 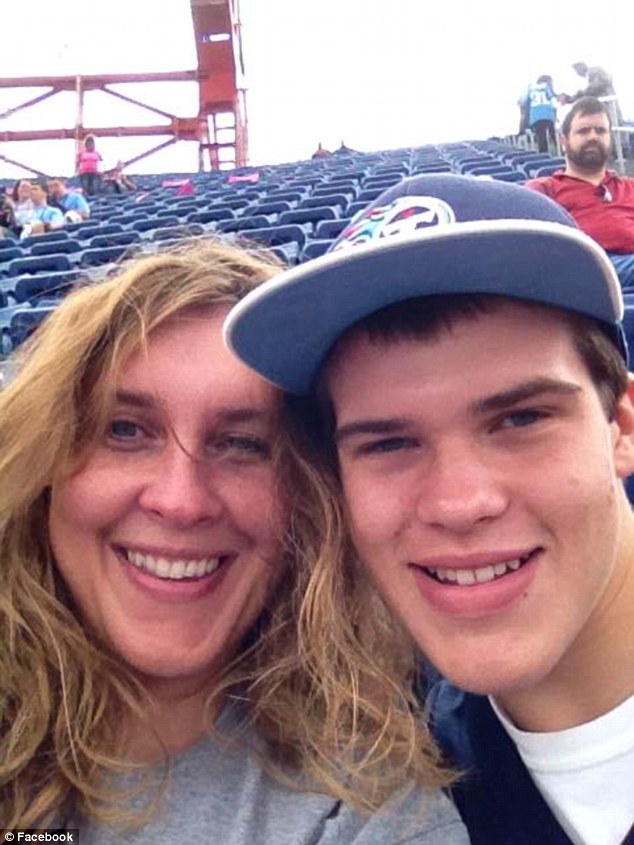 The fundraiser is for the Golden Gloves Gym in Knoxville.

‘With great sadness, we remember Joseph Tanner Wray and his family and the tragic loss that occurred on Friday, February 23, 2018,’ the organizers of the tournament said in a post on the event website.

‘The entire Golden Gloves family is heartbroken by his passing and extend our most heartfelt condolences to all that knew and loved Tanner.

‘Within seconds, a team of 11 medical professionals attended to him and provided care and transferred him to UT Medical Center.

‘The doctors and nurses did everything possible to resuscitate Tanner, but were unsuccessful.’

A funeral for Wray is planned for 2pm Friday at the First Baptist Church in Lawrenceburg.