Student hanged herself after suffering withdrawal from Xanax

Miss Hunt, 21, had been using the medication for six weeks after it was given to her by a fellow student to help cope with anxiety ahead of her final exams.

But two weeks before her death, she decided to stop taking the drug and immediately struggled.

In extreme cases, coming off Xanax following lengthy spells of abuse can lead to psychosis, depression and suicidal thoughts.

Miss Hunt was told by her GP that any treatment could only start after a few weeks without the drug.

On April 13 last year, the body of the sociology student at the University of the West of England was found in Leigh Woods, Bristol. She had been just weeks from graduating.

Following an inquest which found traces of Xanax in Miss Hunt’s blood, her family have called on the police to do more to combat the sale of the prescription drug in the area.

They said: ‘As a family, we will only be able to really come to terms with what has happened if the suppliers of Xanax are stopped as this will provide us with a sense of purpose and some closure.’

Miss Hunt, one of four children brought up by their mother Emmy in Southampton, planned to become a social worker. She had broken up with a boyfriend and was drinking excessive amounts of alcohol while taking Xanax at the time of her death.

Her mother, 42, added: ‘She enjoyed her time in Bristol, and wanted to stay there after university and work with children. She was very passionate about it. I don’t know why she would throw it away. I will never get over it or accept it. It’s still so raw – she meant the world to me.’

It came as head teachers warned of the dangers of Xanax and other prescription drugs after a series of terrifying incidents involving youngsters.

Earlier this month, teenagers at the prestigious Lord Williams’s School in Oxfordshire passed out after taking Xanax and one was admitted to hospital. It came just days after a coroner warned of the ‘pernicious influence’ of Xanax after Georgia Jackson, 21, hanged herself two days after taking the drug in December.

Last month, Andrew Halls, head of the independent King’s College School in Wimbledon, South West London, wrote an open letter to parents warning of the dangers of Xanax, describing how several pupils had asked teachers how to break the ‘dangerous habit.’

He described a ‘rising tide’ of drug abuse in schools as he told how Xanax is becoming easier and cheaper to get hold of than alcohol. 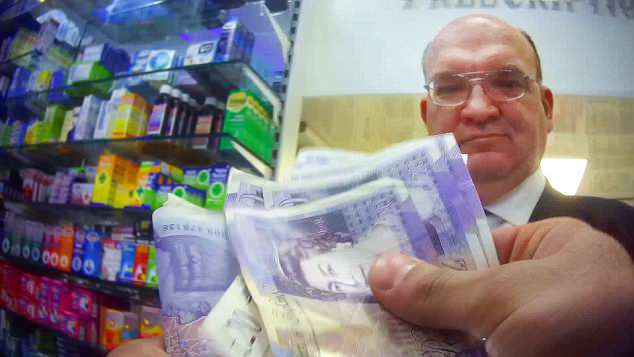 After a meeting of London headteachers, he said: ‘Every single head around the table felt that drug abuse by young people was a central concern for schools and parents.’

In February, six girls from Wandsworth, South London, were taken to hospital after suffering adverse side-effects to Xanax. Three ambulances were sent to Burntwood School after one witness said the students were ‘all high and could not walk.’

In January, Labour MP Bambos Charalambous warned the Commons about the growing danger of Xanax and other prescription medication.

He described how in May last year, 20 children aged 15 and 16 required medical treatment in Salisbury, Wiltshire, after taking Xanax.

Last week Barnaby Lenon, the former head of Harrow school, said parents should beware giving teenagers too much pocket money in case they spent it on drugs.