Student pilot makes emergency landing on highway, immediately steps out to relieve himself

‘Is he peeing?’ Student pilot makes emergency landing on Alabama highway, immediately steps out to relieve himself to the horror of passersby

A rookie student pilot answered nature’s call just moments after the two-person small plane he was flying experienced engine failure and landed on an Alabama highway in broad daylight.

A couple and their children were driving along Interstate 20 in Talladega on Saturday afternoon when they came upon the shocking scene and captured it on video, including the moment the pilot-in-training stepped out of the Cessna parked at the side of the road and walked into a nearby field to relieve himself.

In the video, Fredie Carmichael’s wife asks him to pull over at the side of the road to make sure everyone on board the plane is OK. 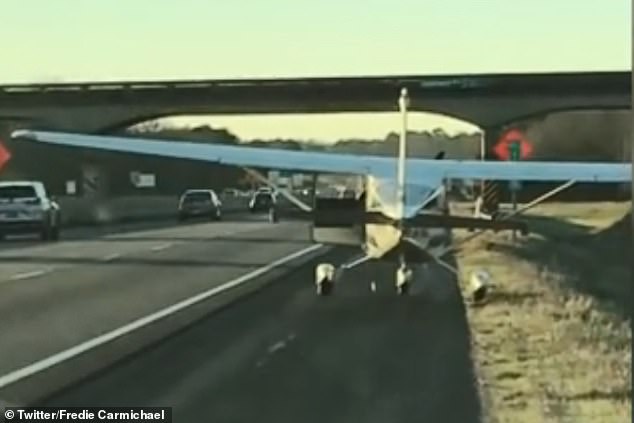 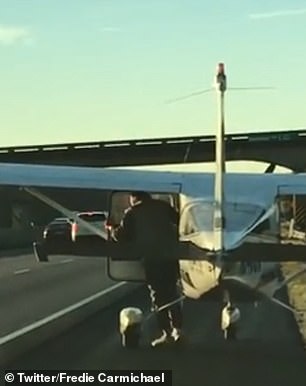 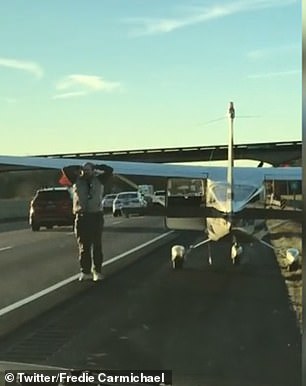 A student pilot stepped out of the plane unharmed and stood on the highway, with Carmichael’s wife videotaping him 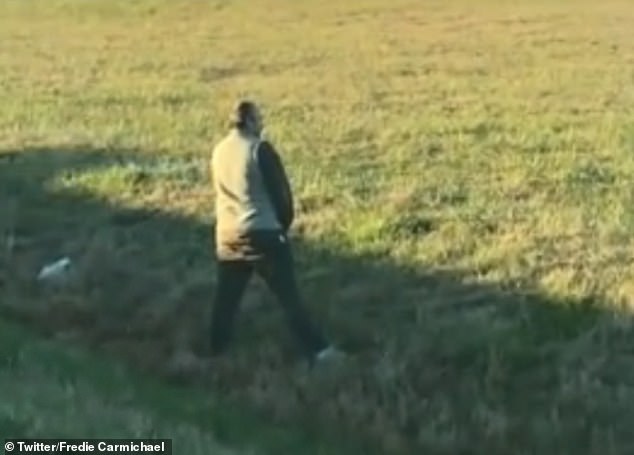 Feeling relieved: The student then headed to the shoulder of the road and proceeded to urinate

‘Maybe they’re having a medical emergency,’ she speculates.

At that moment, the student pilot emerges from the left side of the plane and flashes a thumbs up at the occupants of the vehicle to signal that all is well.

The man, with his hair tied in a ponytail, then heads towards the grass on the shoulder of the highway and proceeds to urinate, with his back to the road.

‘Is he peeing?’ the woman in the car asks with a gasp, then instructs her son to close his eyes.

The plane had just taken off and was 4 or 5 miles away from Talladega Municipal Airport when the engine failed. 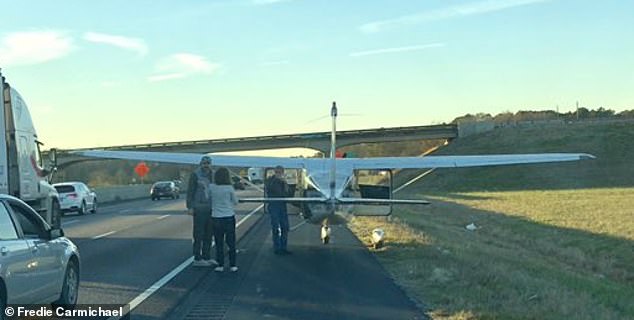 Neither the student nor the instructor, veteran pilot Jim Williams, was harmed 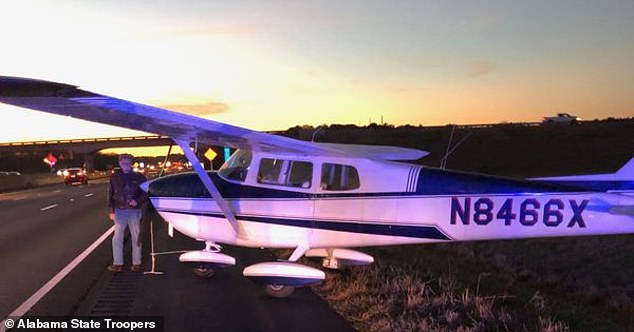 Williams (pictured) has been flying planes and teaching for 36 years

The pilot, Jim Williams, told WSB-TV he went through the troubleshooting process, but nothing was working.

‘I was out of options,’ he said, ‘and the interstate was the closest, so I made a left turn and dodged some traffic and a sign and manged to get it stopped.’

Carmichael, who lives in Georgia and was driving through Alabama on his way to Mississippi to spend Christmas with family, said it look like the right wing of the Cessna was going to clip a car that was in front of him.

Williams said he’s worked as a flight instructor for the past 36 years. Saturday’s flight was his student’s first lesson.