Student shocked when university asks her to remove a sign from her window saying ‘F**k Nazis.

Massachusetts student shocked when university asks her to remove a sign from her window saying ‘F**k Nazis. You are not welcome here’ because it wasn’t inclusive

A student was asked by her university to take down a sign saying ‘F**k Nazis. You are not welcome here’ because it wasn’t inclusive.

Nicole Parsons, who attends University of Massachusetts-Amherst, was living in dorms when she says she became frustrated when several hate crimes happened on campus.

A resident assistant had a ‘Happy Hanukkah’ sign on their door that was defaced with a swastika.

Nicole Parsons (pictured) was shocked when her university asked her to take down a sign which read ‘F**k Nazis. You are not welcome here’ in response to several hate crimes 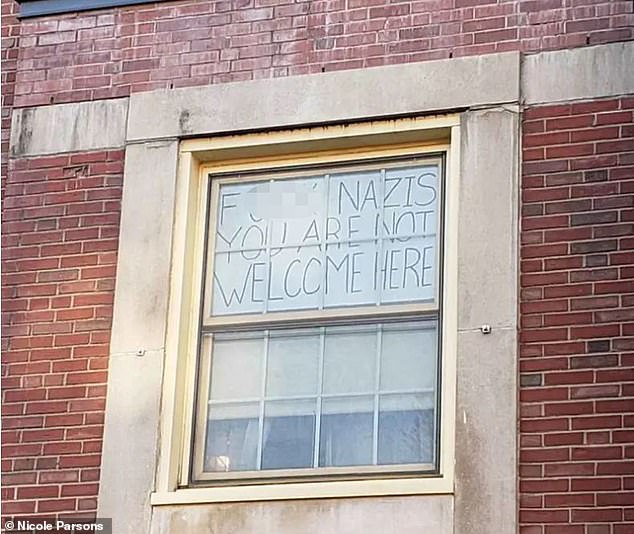 Parsons said she was angered by the incident and she responded with her own sign.

She subsequently received an email from one of the university’s residence directors asking her to remove the sign.

She told Buzzfeed: ‘I was in absolute shock. This email tells me the university cares more about the feelings of Nazis than the safety of their students’.

‘I thought maybe if I hang the sign up, maybe the person who drew the swastika will see it and see someone condemning their actions, even if the administration doesn’t do it’.

In an email, Eddie Papazoni to Parsons claimed that while sign is permitted under Freedom of Speech, he wanted to discuss the impact that her sign had.

He added: ‘There are some in the community that have expressed that the sign should be taken down as it has created mixed emotions in the community on how to proceed, issues of inclusion, and the ability to be active members of their community’. 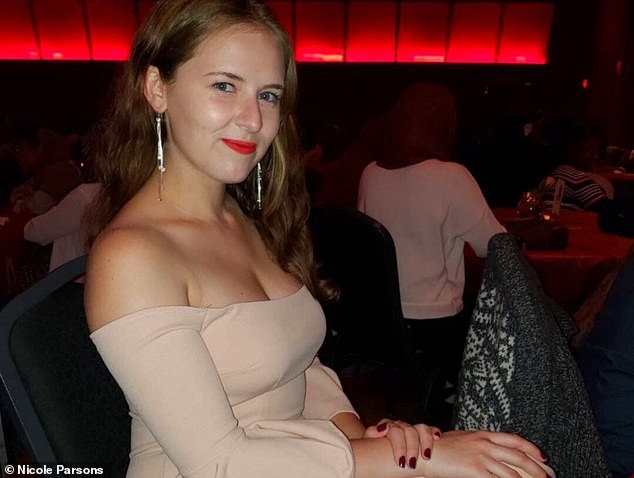 Papazoni said he could not force her to take the sign down.

However he asked that she do it anyway ‘so that all students can be a part of an inclusive residential experience, as well as having a respectful environment to be a part of here on our campus’. 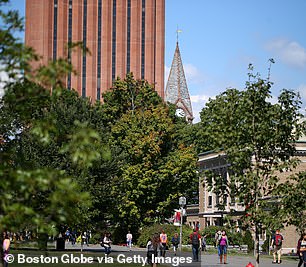 Parsons later removed the sign to avoid negative attention and had made plans prior to the sign being posted to move out of campus housing.

In a subsequent statement on Facebook, the university claimed that the email sent to Parsons was ‘poorly worded’ and should never have been sent.

It added: ‘UMass Amherst emphatically rejects Nazis, and any other hate group, a view expressed in the students’ sign.

‘However, we are sensitive to the use of profanity, which some could find inappropriate.

‘The university respects the students’ right to display the sign and it may remain up’.