Student with psoriasis learnt to love her natural beauty

A student who spent years hiding her psoriasis has revealed how she learnt to embrace her natural beauty.

Louisa Sadler, 20, from Hereford, was diagnosed with the skin condition, which causes red and flaky patches of skin, when she was 12 years old but felt so self-conscious she hid the symptoms under long clothes and make-up.

She learnt to embrace the condition after she posted a make up-free selfie on Instagram and received messages of support from people with similar stories.

Now Louisa says she feels ‘so much more confident’ than she did when she was younger, despite the condition covering more of her skin than it did before.

Natural beauty: Louisa Sadler, pictured, spoke of her struggle to accept her psoriasis 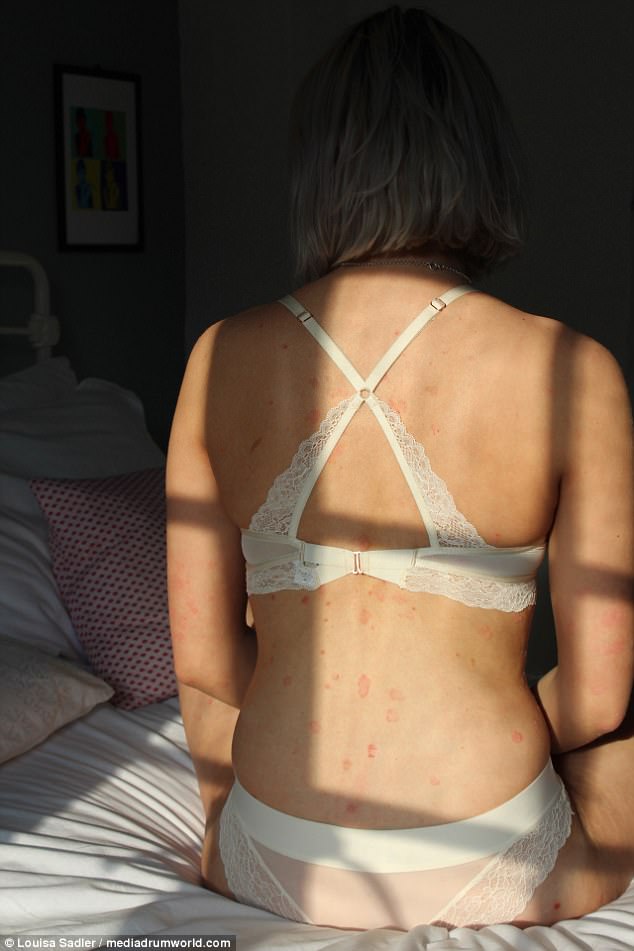 Under wraps: The student spent years hiding the condition, seen above, under long clothes 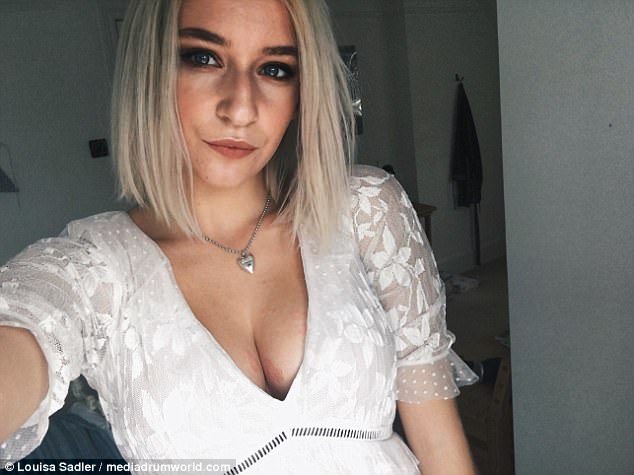 Growing confidence: She was praised when she shared a make up-free selfie on Instagram

She said: ‘When it clicked that my psoriasis is in fact a part of me, but it doesn’t define who I am, I was able to be a lot more comfortable with showing it off.

‘That doesn’t mean that I don’t still have down days, where I feel I don’t know how to handle my psoriasis and want it to disappear, but the space between those days has definitely increased.’

Louisa first noticed the patches on her skin when she was 12 years old but initially thought they were scrapes she had suffered after falling off a bike. It was only months later that she went to see her GP who diagnosed her with psoriasis.

‘At the time I was diagnosed I was also beginning to go through puberty, so I felt I had this additional pressure of having to look a certain way whilst handling this new skin condition,’ she said. ‘I found myself covering it up more often than not with the clothes I wore and only a select few people knew about it.’ 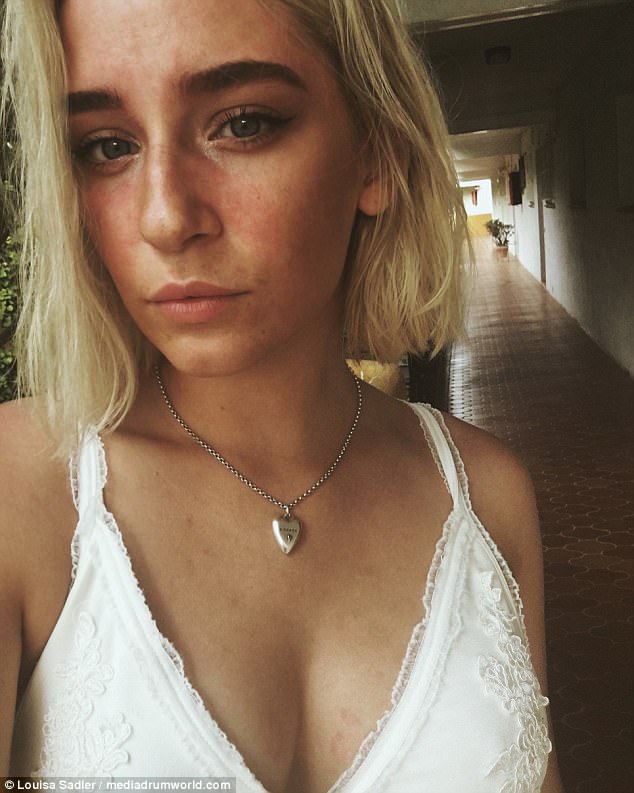 Role model: The 20-year-old wants to set an example for other young girls with psoriasis 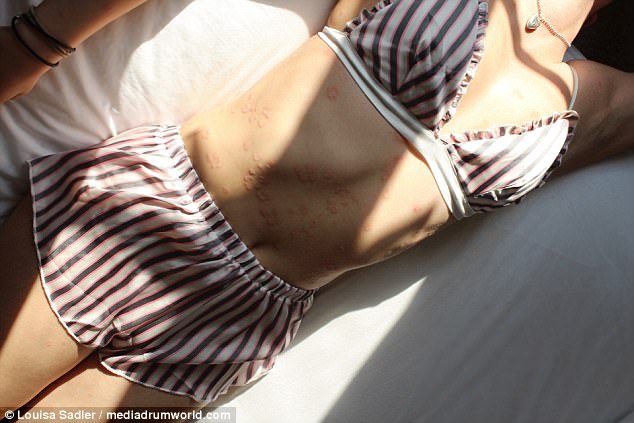 Body confidence: Louisa was diagnosed with psoriasis when she was about to enter puberty

Louisa continued: ‘I always felt that I had to make such an effort with my appearance because I had something to hide and what once started as a love for make-up, began to feel like a chore and something that frequently made me upset because my skin wasn’t flawless.’

One day ‘out of the blue’ Louisa took the decision to post a photo of her without make up on Instagram.

‘It was one of the first days I felt like I could walk outside and not worry about what strangers would think, and that I didn’t need to wear make-up if I didn’t want to,’ she said.

‘What started out as a small post primarily for the people I knew, but not necessarily well enough to tell them individually about my psoriasis, turned into a flood of people getting in contact with me to share their stories. 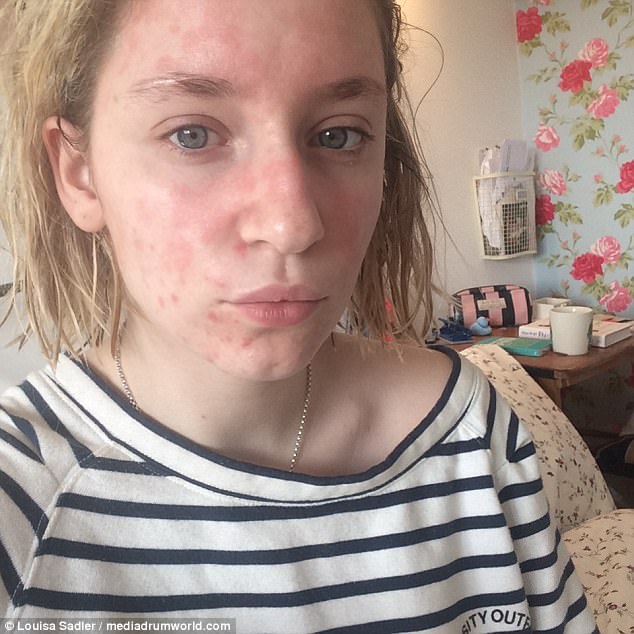 Daily chore: Lousia began to find it a strain to pile make-up on her skin every morning 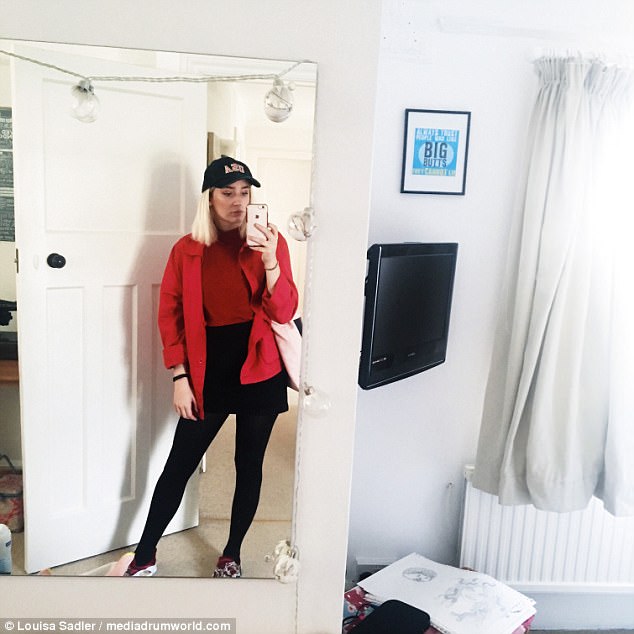 Candid: Despite her progress, Louisa admitted there are still days when she feels ‘down’

‘It hit me on that day that I wasn’t the only one out there with psoriasis and that by me sharing a small part of my experience I could help so many other people to at least begin to open up to someone about their own skin.’

Louisa said she is now addressing the subject ”straight on’, adding: ‘Compared to my younger self I feel so much more confident now, which is bizarre because at this time in my life my psoriasis is over more of my body than its ever been.

‘I realised that everyone I knew saw my personality and what I was creating with my art before they saw my psoriasis, in fact most of them never really noticed anything different with my skin as I didn’t particularly act like there was anything wrong.

Louisa tries not to use too many prescribed treatments on her skin, occasionally applying Dovonex and Dovobet directly to her psoriasis but favours Liz Earle’s hot cloth cleanser and switches up her moisturisers and foundations regularly.

She added: ‘When I was younger all I wanted was to see someone else with psoriasis and for them to say that it doesn’t define them and it won’t define or change me as a person.

‘I also wanted someone who was more in the public eye to help me find out what to do and how to handle it because I felt very isolated due to my lack of knowledge.

‘Unfortunately, I didn’t have that, so I want to be that someone. So, if anybody reading this does have psoriasis I want them to know that although it may effect elements of your daily life, it doesn’t effect who you are as a person.

‘Being different isn’t something to be afraid of, it should be embraced and although it may take time to get to that point, the journey to there is what makes you become a stronger person.’