By Charlie Coë and Charlie Moore For Daily Mail Australia

Students at a Melbourne high school have been accused of trying to sell footage of playground clashes to viral websites.

In the space of just a week, the Sunday Herald Sun said it received 10 videos of fights at Gisborne Secondary College in northwest Melbourne.

One of the clips shows two boys wrestling on the floor, while in another two boys can be seen fighting outside while surrounded by spectators.

Teachers at the suburban school have reportedly punished boys involved in the footage – with three being suspended.

Principal Jon Morley argued in a letter to parents that two of the leaked clips depict the school ‘in a totally unfair manner’.

Police said they knew of the accusations students were attempting to earn money for the videos.

Victoria’s Department for Education, meanwhile, has urged those with any information on those trying to make money out of the footage to contact police.

A parent claimed the videos come amid a wider context of violence at the co-educational school. 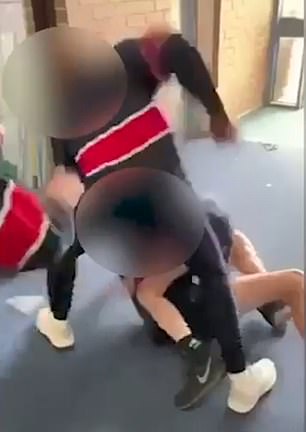 One of the videos (pictured), filmed at Gisborne Secondary College in northwest Melbourne, shows two boys wresting on the floor

‘My kids are telling me every day someone’s being beaten, sworn at or bullied,’ the mother of a boy involved in one of the videos said.

Victoria Police said they are investigating the incidents and co-operating with staff.

In a statement, principal Jon Moreley said: ‘It is very distressing to see video footage of our students behaving in this manner.

‘We have taken appropriate disciplinary action with the students involved and have made it clear to all students that this behaviour is entirely unacceptable.

‘Incidents of this kind are very disappointing and do not reflect the behaviour of the overwhelming majority of our students.’

A Department of Education spokesman said there was ‘no place’ for violence in schools, adding: ‘The department has introduced programs to encourage respectful, positive behaviour and to support those who experience bullying or violence.’

A girl, 15, has also been arrested over an alleged assault at the school on October 31, but later released. 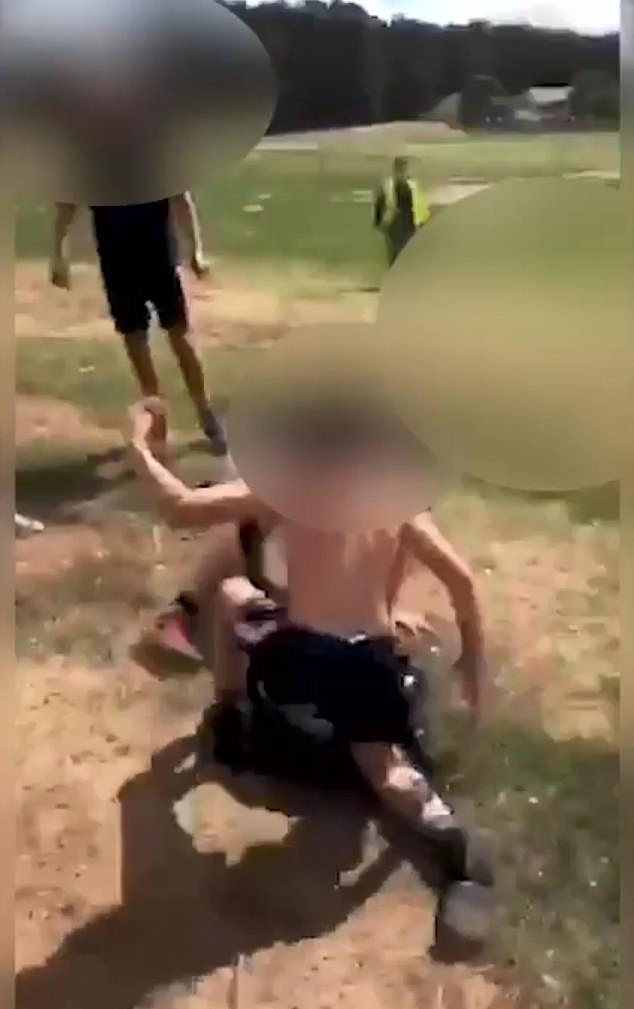 One of the clips shows two boys wrestling on the floor, while in another two boys could been seen fighting outside while surrounded by spectators (pictured)