A Catholic high shool has been caught asking 14-year-old students to support Israel Folau in an assignment.

‘Your mission is to present to your Local Member of Federal Parliament a letter expressing deep concern for the future of protection of religious freedom and freedom of speech,’ the assignment reads.

Exalting Folau, who was sacked over a social media post that was deemed homophobic, it continues: ‘If we do not act now our future rights will be depleted.

‘Many will face tough sanctions and may even lose their job just like Israel Folau who stands for the face of religious freedom and the freedom to exercise free speech in a land that claims to be “young and free”.’

There was no option for the students to present the opposing view that Folau was rightly sacked for posting an Instagram meme in April saying gay people will go to hell.

Some parents at the school were outraged by the assignment, which has since been  withdrawn.

One father told 7News: ‘Why would they even mention Folau’s name after the things he said that have put vulnerable teens at risk.

‘My daughter is really upset and is afraid to speak out about it at school’.

The Catholic Education Diocese of Parramatta which oversees the school apologised in a statement.

It said: ‘A number of the sentiments in the covering letter for the assignment do not represent the views of the Diocese of Parramatta, its schools or Marist Schools Australia.

‘Catholic Education Diocese of Parramatta would like to apologise to students and parents for any concern created by the task and associated communication to students about these matters.

‘The assignment has been withdrawn and students will be given the opportunity to complete a new assessment that is consistent with contemporary approaches to learning and teaching.’ 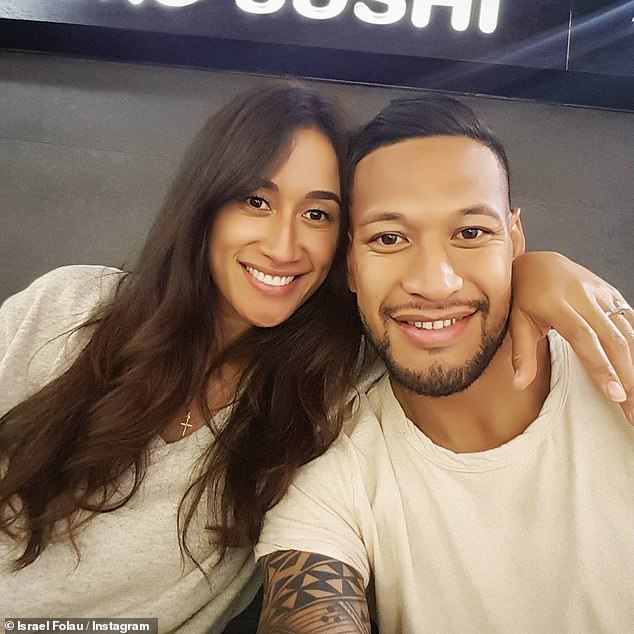 Folau’s unfair dismissal case against Rugby Australia and the New South Wales Waratahs will head to trial next year if no settlement is reached beforehand.

The fundamentalist Christian is fighting the termination of his four-year contract in May.

Earlier this month a judge encouraged the parties to settle their dispute through mediation on December 13.

Should mediation fail, the case would proceed to trial on February 4.

Folau, who has cast the legal challenge as a fight for religious freedom, is seeking an apology from Rugby Australia, the right to resume his international career and up to $10 million in compensation.

‘It’s been publicly acknowledged by Israel and his team that he still seeks that apology and that’s still very important to him,’ Folau´s solicitor George Haros told reporters after the hearing.

‘That would come a long way to resolving the dispute’.

The 30-year-old raised more than $2million in public donations for his legal fight with the backing of a local Christian lobby.

Folau scored 37 tries in 73 tests for the Wallabies and was expected to play a key role in the Rugby World Cup starting in Japan next month. 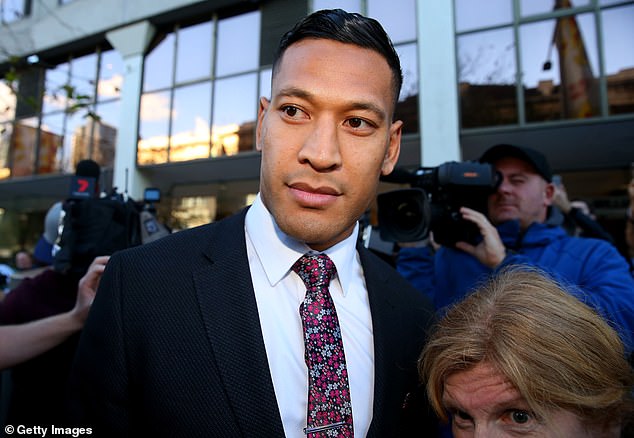 The Catholic Education Diocese of Parramatta which oversees the school apologised in a statement. Pictured: Folau in June