A young man’s dead body sat in a university residence hall for nearly eight weeks before being discovered by other students who noticed a foul stench.

The body was found at the University of Canterbury’s Sonoda Christchurch Campus, in Christchurch, New Zealand, at 11pm on Monday evening.

Specialist police officers were called to the scene to identify the man, but the cause of death remains unknown.

It is believed he had been living at the end of a hallway which campus staff were not expected to clean, Stuff reported.

In a statement, the University of Canterbury said it was ‘saddened by the news of the sudden death of a student’ and added staff were supporting those affected by the loss.

The fully-catered Sonoda accomodation costs $NZD16,849 (AUD$15,677) a year and bills itself as providing ‘pastoral care’ and a ‘vibrant and lively community’.

But another Canterbury student said the level of community support at the university did not live up to their expectations.

They claimed they only saw their residential assistant once a week, who are intended to provide support throughout the year to a group of assigned students.

‘When thinking about what procedures CLV has put in place to make sure the residents are alright, I can see how it (the man’s death) was able to happen,’ they said.

‘We have no idea who is running this place, there is an overwhelming lack of presence from adult staff in this hall.’

Police said they were working closely with the deceased’s family, the University of Canterbury following the tragic incident. 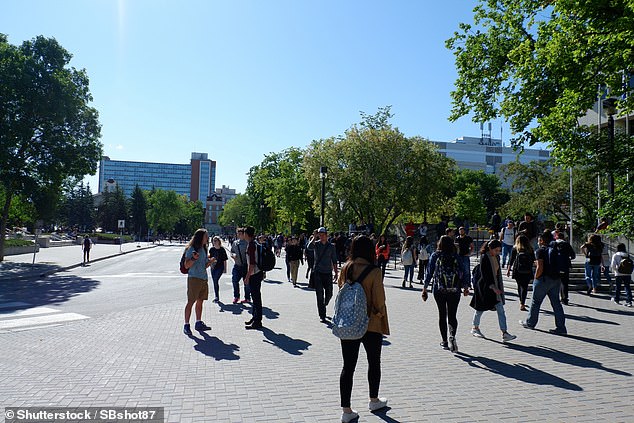 In a statement, the University of Canterbury said it was ‘saddened by the news of the sudden death of a student’ and added staff were supporting those affected by the man’s death (stock image)

‘Police continue to make a number of inquiries around what happened to assist the Coroner, who will ultimately rule on cause of death,’ detective senior sergeant Craig Johnson.

Campus Living Villages said they would not be commenting on the specific circumstances of the man’s death as his family has requested privacy.

‘At this stage, our efforts are focussed on the wellbeing of our residents and our staff, and undertaking our own internal investigations into this matter,’ a spokesperson said.