A student was able to soak in the sights of four European cities en route to Edinburgh for just £15 more than the ‘absurd’ train fare direct from London.

William Stein did eventually reach the Scottish capital, but not before he enjoyed stays in Germany and Poland.

The London School of Economics student put his financial skills to good use, finding a flight from Stansted to Edinburgh for £21.95 – but the only catch was he had to go via the Polish city of Szczecin. 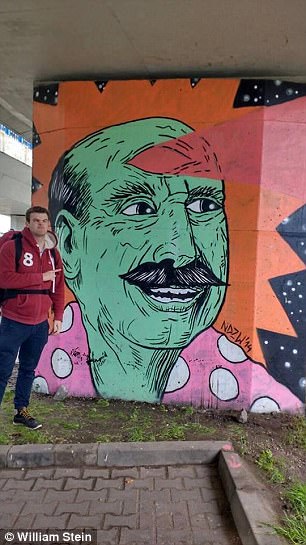 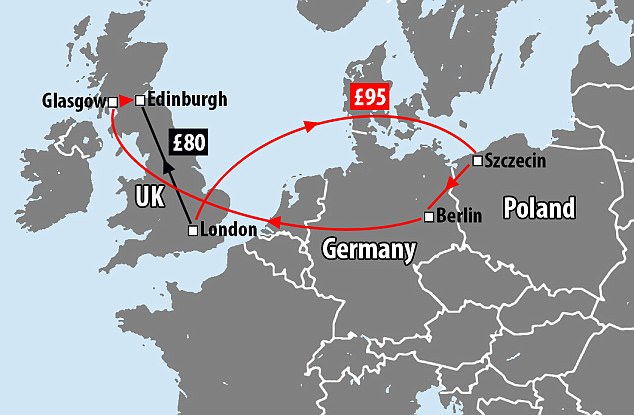 By contrast, the cheapest return ticket on the Virgin East Coast Trains line was £80 – booked five weeks in advance with a Young Person’s Railcard.

His flight was cancelled by Ryanair, but the 20-year-old used his £40 compensation to squeeze in an additional stop-off in Berlin.

He was put up by friends who happened to live nearby, his accommodation in Scotland and Germany was free, and his hotel in Poland was just £10 for one night.

With bus travel from Szczecin to Berlin and Glasgow to Edinburgh costing just £15.80 combined, his total costs came to £95.45 – of which nearly half of which was made up by the £45.40 single train ticket back down to London.

Mr Stein, from Mill Hill in the north of the capital, told the Evening Standard:

Who would’ve known you can visit four cities for the price of one? I didn’t really believe it myself and it all kicked in when I touched down in Szczecin and saw this tiny airport.

‘It is so bizarre. I knew, of course, the UK is more expensive than other places but it made me think the rail companies are charging so much for these trains, and wonder how much profit they are making.’

He is not the first disgruntled Briton to fly around rip-off train travel, with 21-year-old Joe Furness travelling from London to Newcastle via Menorca in Spain – and UK fares are set to rise again in 2018, by 3.6 per cent. 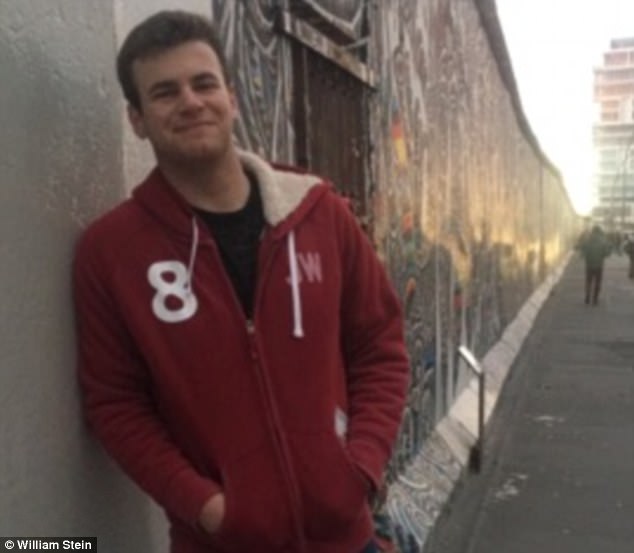 The London School of Economics student put his financial skills to good use, routing out a flight from Stansted to Edinburgh for £21.95, but it went via Poland

‘That’s why we’re seeing so many more customers deciding to take the train over the plane.

‘If customers wish to travel via Poland on their way to Scotland, they might be able to find a cheap deal, but they’d miss out on a chance to relax while looking at the beautiful views afforded by the route, before arriving directly into Edinburgh’s wonderful city centre.’