Studio 10’s Denise Drysdale on her ‘feud’ with Ita Buttrose

Denise Drysdale famously threw a Brussels sprout at Ita Buttrose last November in an on set incident that exposed behind-the-scenes at Studio 10.

And after remaining silent during Ita’s farewell segment at the start of Wednesday’s show, the two-time Gold Logie winner has explained her frosty behaviour.

Denise, 69, told 2Day FM’s Em, Grant & Ed on Thursday that she was too caught up in the emotions of Anzac Day to share her thoughts about her colleague’s departure. 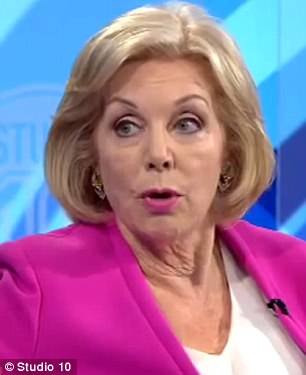 ‘We’d had a couple of champagnes for lunch’: Studio 10’s Denise Drysdale (left) has FINALLY revealed why she threw a Brussels sprout at Ita Buttrose (right) last year

Explaining her reluctance to speak on Ita’s last day, Denise said: ‘That was because of Anzac Day. Having a close association with the Vietnam vets, that feeling gets stronger every year.

She continued: ‘It really gets me. As you get older, you get more emotional.’

Emotions: Explaining her lack of effort in bidding farewell to Ita on Wednesday, Denise said: ‘That was because of Anzac Day,’ and ‘having a close association with the Vietnam vets’

She then proceeded to explain why she hurled the Brussels sprout at Ita, 76, in the middle of filming a Christmas segment.

Apparently, Denies had drank too much champagne and was feeling quite tired.

‘Look, I threw that Brussels sprout because I’d got up at four in the morning to come in and do the Christmas song,’ she explained.

‘And at about four o’clock in the afternoon, we’d had a couple of champagnes for lunch, I was feeling… the Christmas party was that night, so I had my party in the afternoon.’

Wednesday’s episode of Studio 10 saw the panel pay tribute to Ita as she made her final appearance on the program.

But while co-hosts Sarah Harris and Joe Hildebrand both spoke during the farewell segment, Denise appeared to stay noticeably silent.

Who could forget? And when radio host Grant Denyer brought up the time Denise hurled a Brussels sprout at Ita, 76, she responded: ‘Oh, bloody hell,’ with a sigh 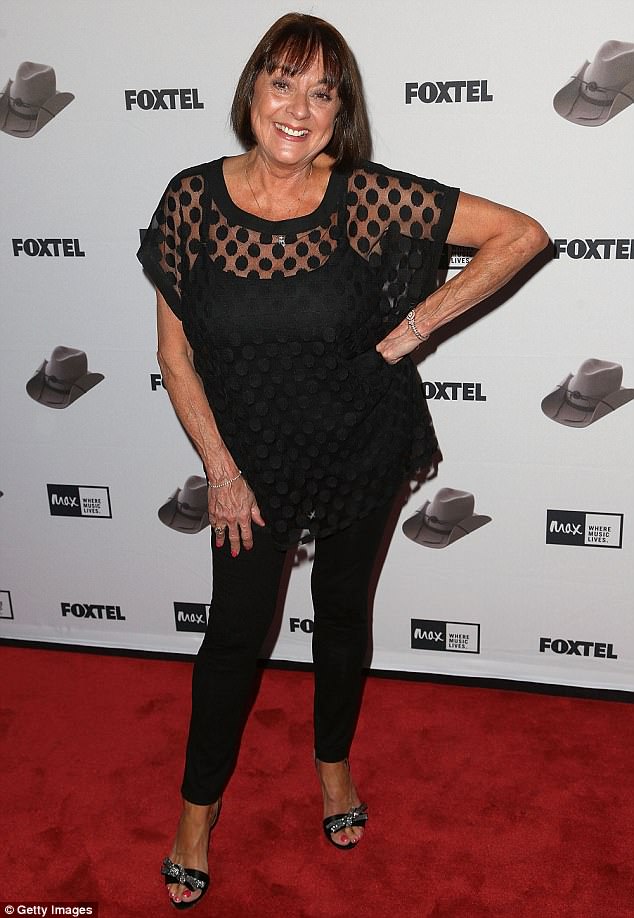 Antics: Denise revealed that she threw the green vegetable at Ita during the taping of Studio 10’s Christmas song, having drunk too much champagne and feeling quite tired

Denise’s refusal to speak about her colleague did little to quash rumours that she and Ita were feuding behind the scenes of the Network Ten show.

However in a previous statement to Daily Mail Australia, Network Ten strongly denied claims there was tension between Ita and Denise, labelling the allegations ‘offensive’.

‘Ita and Denise are consummate professionals and these unsubstantiated allegations are offensive,’ a spokesperson said.

‘Ita and Denise have the highest respect for one another and thoroughly enjoy working as part of the Studio 10 family together. To suggest otherwise is nonsense and deliberately mischievous.’