Studio 10’s Ita Buttrose and Denise Drysdale ‘loathed each other’

Studio 10 panellists Ita Buttrose and Denise Drysdale ‘absolutely loathed’ each other behind the scenes, entertainment reporter Peter Ford has claimed.

The journalist told KIIS FM’s The Kyle and Jackie O Show on Thursday that the animosity between the two women was evident during Ita’s last day on the show.

Speaking of the media doyenne’s awkward farewell episode on Wednesday, Ford said: ‘The dynamics were so fascinating. Why didn’t they give Denise the day off?’

‘They’ve been trying to cover it up’: Studio 10’s Ita Buttrose and Denise Drysdale ‘loathed each other’ as it’s claimed the show is ‘imploding’ amid low ratings and staff departures

‘I mean it was so awkward!’ he observed, referencing the fact that Denise, 69, had stayed noticeably silent while her fellow panellists Sarah Harris and Joe Hildebrand acknowledged Ita’s departure at the start of the program.

‘It was so obvious that there is absolute loathing going on there,’ Ford added. 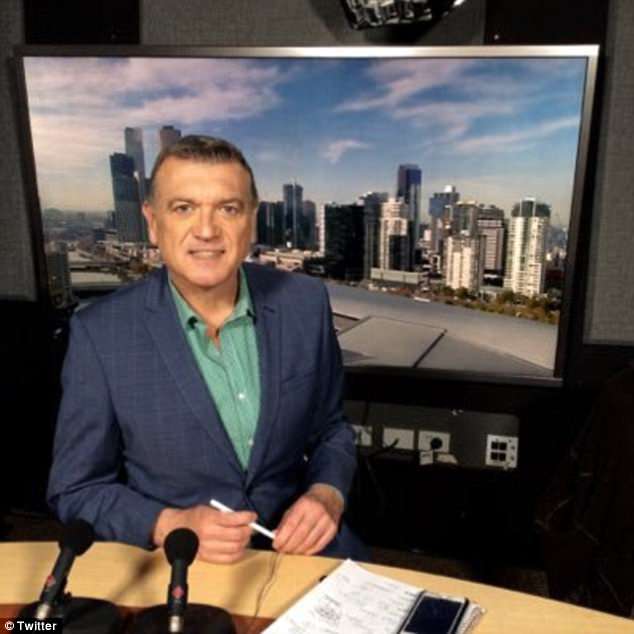 Claims: Following Ita’s last day on Studio 10 this week, entertainment journalist Peter Ford (pictured) claimed ‘it was so obvious that there is absolute loathing’ between her and Denise

First reported by News Corp, it was alleged that Denise had hurled a Brussels sprout at Ita, 76, while filming a Christmas-themed episode in early November.

Both presenters later acknowledged the incident but downplayed any rumours of a feud, with Ita claiming in February it was simply ‘shenanigans on the set’.

‘(Network Ten) have been trying to cover it up,’ he said. ‘The whole Brussels sprout gate thing was really ugly. They tried to cover that up, then they tried to play it down. 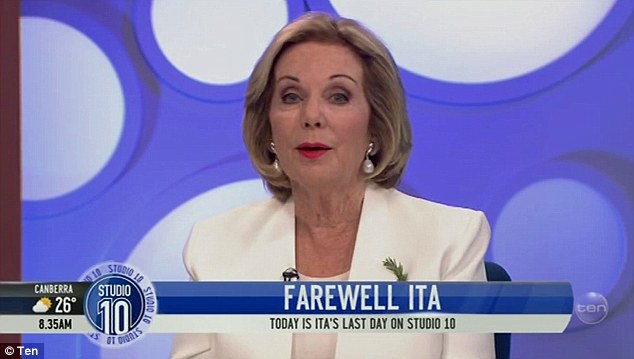 In crisis? Speaking on KIIS FM’s The Kyle and Jackie O Show on Thursday, Ford alleged that Studio 10 was ‘imploding’ following the departures of Ita (pictured) and Jessica Rowe

‘There was more than one (Brussels sprout thrown). They were cooked in batter, it ruined Ita’s blouse. That was the beginning of the end.’

During his interview with radio hosts Jackie ‘O’ Henderson and Brooklyn Ross, Ford alleged Studio 10 was ‘imploding’ following the departures of Ita and Jessica Rowe.

‘This is a show that is just imploding at the moment. Sort of crumbling,’ he said. ‘I don’t know (if) the network are trying to fix it or even want to fix it.

‘I don’t think they want to spend any money, I think that much is definite. The ratings are terrible for it. It’s absolutely one hot mess.’

Ford added: ‘I don’t want any show to fail. I don’t think even the competitors do either because it’s good for business when there’s competition.

‘But I think the show has lost some sort of spark in the last few months in particular and I think that’s very clear.’

In a previous statement to Daily Mail Australia, Network Ten strongly denied claims there was tension between Ita and Denise, labelling the allegations ‘offensive’.

‘Ita and Denise are consummate professionals and these unsubstantiated allegations are offensive,’ a spokesperson said.

‘Ita and Denise have the highest respect for one another and thoroughly enjoy working as part of the Studio 10 family together. To suggest otherwise is nonsense and deliberately mischievous.’