They may have ‘healthy’ on the label, but many on-the-go breakfast products aren’t as nutritious as they appear.

In fact, many of the brekkie biscuits and drinks lining our supermarket aisles are packed with sugar, a new study by LiveLighter has revealed.

The Australian public health group tested 65 yoghurts, biscuits, and drinks found at Coles, Woolworths, and Aldi to find how their sugar content compared.

They compared each product to the classic low-sugar breakfast of two Weet-Bix and milk, and discovered some shocking results. 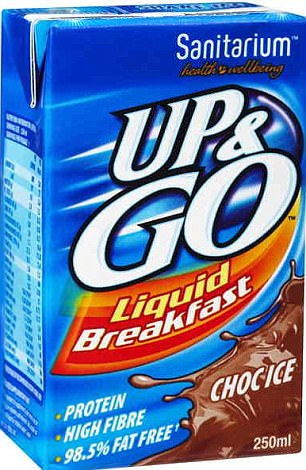 BelVita breakfast biscuits and Up & Go liquid breakfast drinks were found to be two of the on-the-go breakfast products containing the most sugar, according to LiveLighter

All 19 of the regular-sized breakfast drinks had more sugar than the cereal, as did 13 out of 17 chilled breakfast products and 18 out of 25 breakfast biscuits.

The study concluded that eight in 10 on-the-go products contain more sugar than Weet-Bix, and the amount is significant.

‘Some on-the-go breakfast products are hiding 9.5 teaspoons of sugar, which is around double the amount of sugar in wheat biscuits and milk,’ revealed LiveLighter dietitian Sian Armstrong.

‘While some of the sugar is from milk or yoghurt, that’s still a very sugary way to start the day.’

‘And because most of these products are heavily processed, they’re less likely to keep you full, so you’ll probably be reaching for a snack or second breakfast sooner.’

The worst offenders were breakfast biscuits, which the study found offered little more nutritional value than a regular sweet biscuit.

‘Breakfast biscuits are basically just sweet biscuits, but with a higher price tag and a healthy halo. They’re highly processed and some were more than 25 per cent sugar, very little of which is naturally occurring from fruit or milk.’ 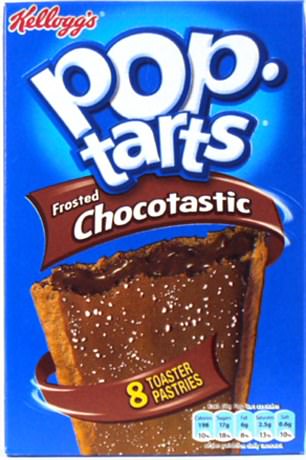 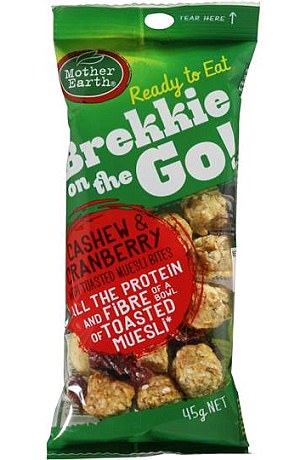 ‘Too much added sugar can lead to weight gain and obesity, which can increase your risk of heart disease, type 2 diabetes, and some cancers.’

The study found that belVita Breakfast Biscuits, which claims to be a ‘convenient way to include quality wholegrains as part of a delicious breakfast’, contained between one and 1.5 teaspoons more sugar than the bowl of two Weet-Bix.

Kellogg’s Pop-Tarts had 2.5 teaspoons more sugar than the Weet-Bix breakfast, while Mother Earth’s product had one teaspoon more sugar.

Sanitarium’s Up & Go liquid breakfast drinks, some of which claim to be 98.5 per cent fat free, were found to have 5.5 teaspoons more sugar than a breakfast of four Weet-Bix and one cup of 1 per cent fat milk.

Research found that not only were many of these products packing a lot of sugar, they were also 18 times more expensive than the classic breakfast.

While some of the breakfasts, specifically the liquid drinks, cost up to $4.00 per serve, the two Weet-Bix and milk will only lose you 24 cents. 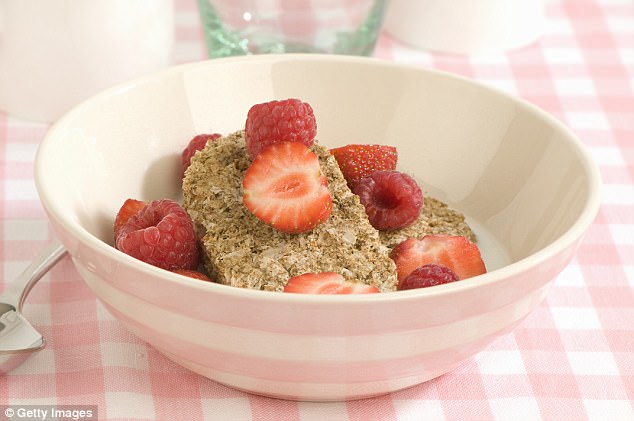 But not all of the tested breakfast products received low marks.

But when it comes to a cheap and nutritious breakfast, the study recommends keeping things simple – fruit, nuts, eggs, avocado on toast, or chilled overnight oats.

‘This is not the full story, especially when you consider that some of these products have an extra four teaspoons of sugar than a bowl of wheat biscuits and milk.’

‘We want food companies to stop making these highly processed, sugar-laden products seem healthier than they are.’