A ‘heavenly’ country estate which has been home to two extraordinary women has been put on the market for £3 million.

Kinrara is set in more than 1,000 acres of the Scottish Highlands and boasts a large principal house and a further five estate cottages.

It lies adjacent to the River Spey in the Cairngorms National Park and has a renowned pheasant shoot.

The estate lies on the left bank of the majestic River Spey which flows along the entire length of the south eastern boundary. Within the estate Caledonian pine, Scots pine and larch proudly stand interspersed with native Silver birch, rowan and oak above a forest floor rich in Juniper, flora and fauna. 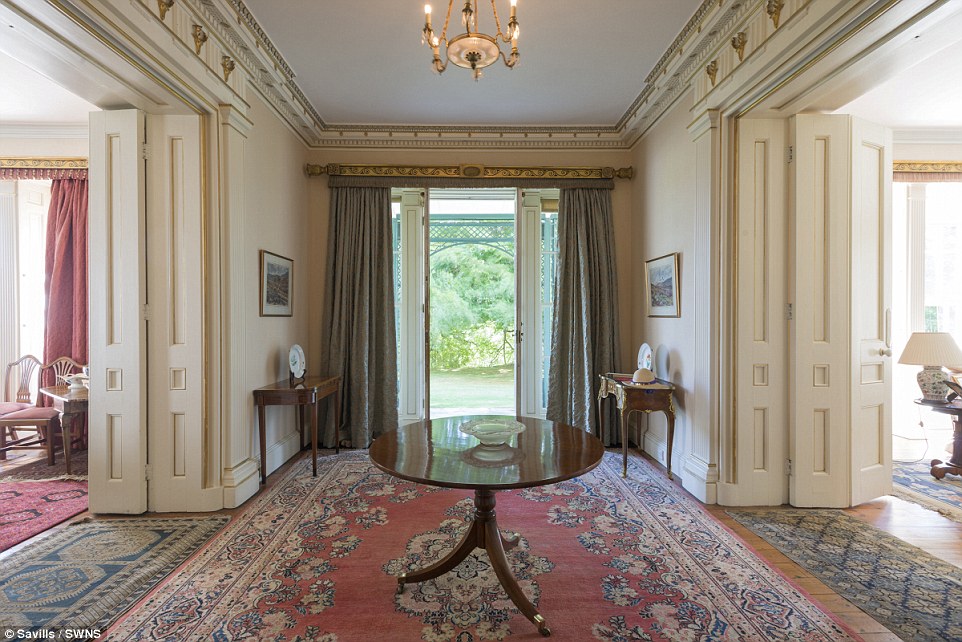 On the ground floor, the front door leads to a well proportioned and welcoming entrance hall with flagstone flooring and open fire. Beyond, the dining room and drawing room are connected by a hallway.

The estate, described as having one of the finest Georgian properties in the region, has been home to two influential women.

It was built in the 1790s for Jane, Duchess of Gordon, following her estrangement from the Duke of Gordon.

She was renowned for her independent spirit and beauty as well as her forthright determination and political endeavour. 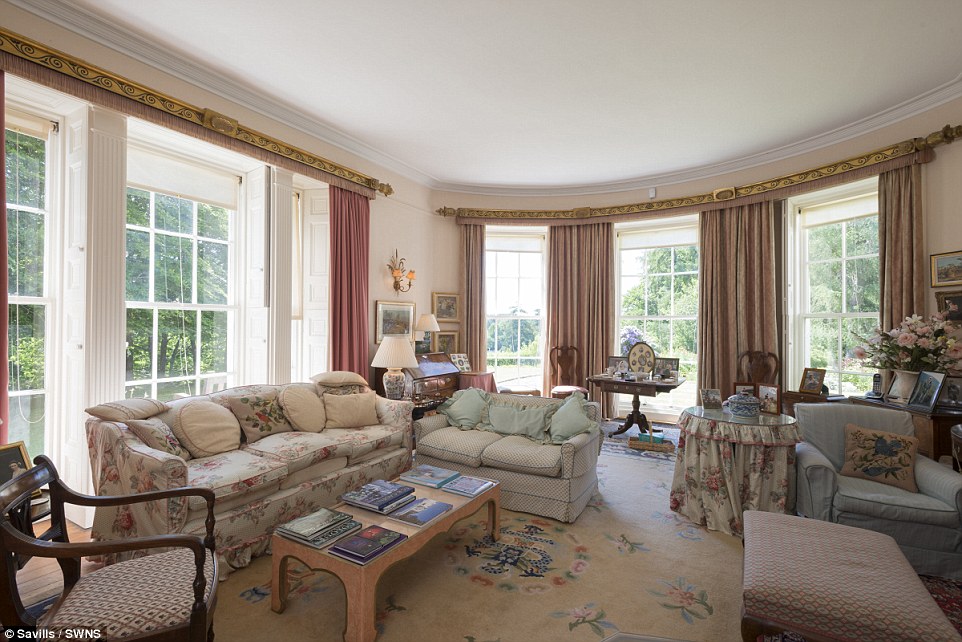 Integral to the main house are two self contained apartments – Butler’s Flat & Library Flat which are ideally suited for staff, overspill accommodation or holiday lets. 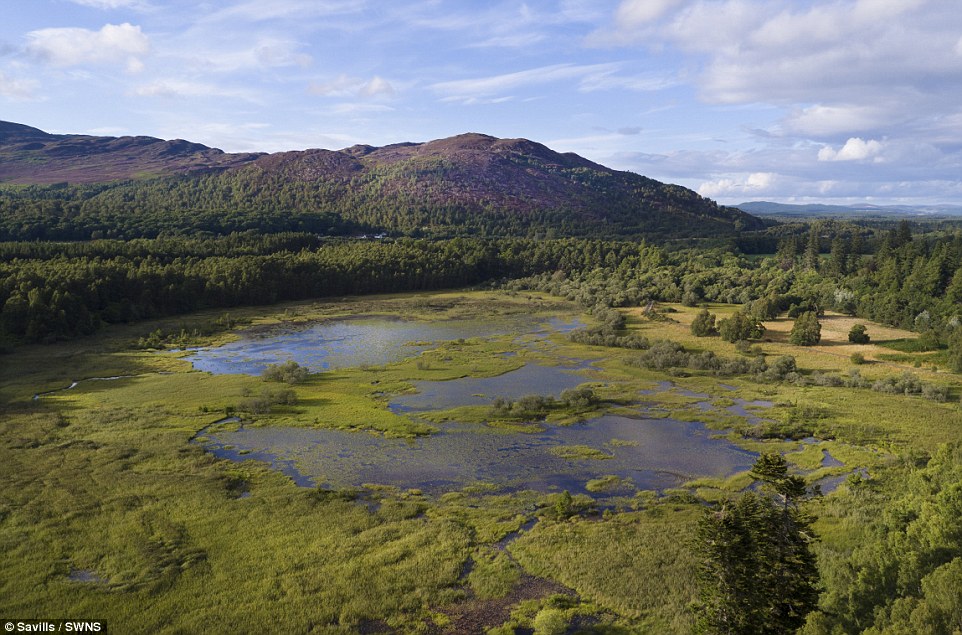 There is single bank salmon and sea trout fishing rights on a pretty 3.2 mile stretch of the River Spey. It has only been lightly fished by family and friends with no formal records kept.

Jane, Duchess of Gordon, was one of the leading political hostesses of her time,  both at her London home on Pall Mall and on the sprung dance floor she had installed along the full length of Kinrara House, she threw lavish parties.

One of her proudest achievements was securing titled husbands for all five of her daughters, including three dukes, a marquis and a baronet.

She insisted the marriages and offspring of all her daughters be inscribed on her gravestone, which lies at Kinrara near the ancient site of St Eata’s Chapel near the banks of the Spey. 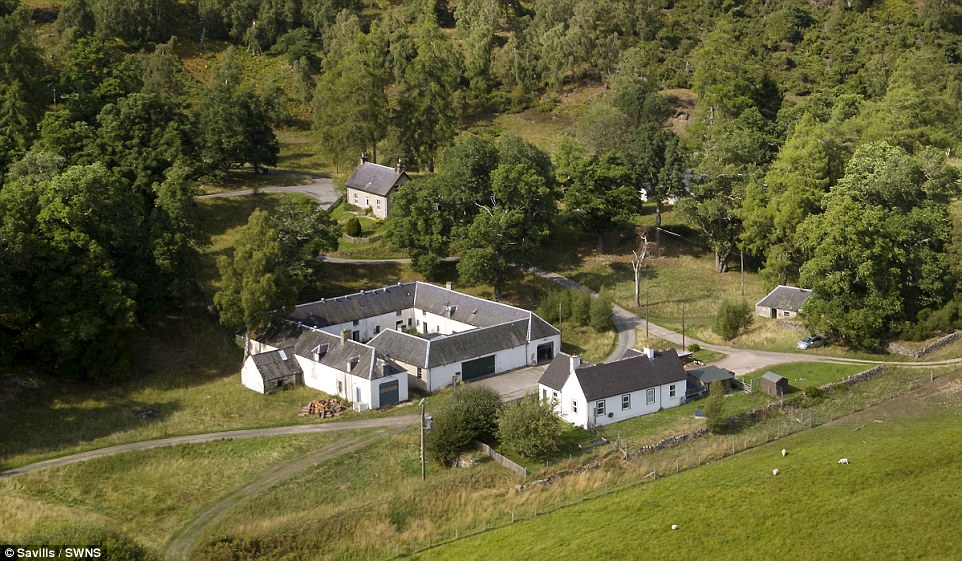 The grazing land extends to about 201 acres of meadows running along the bank of the River Spey. At present, this land is let to a local grazier with a term date of 28th November 2018. 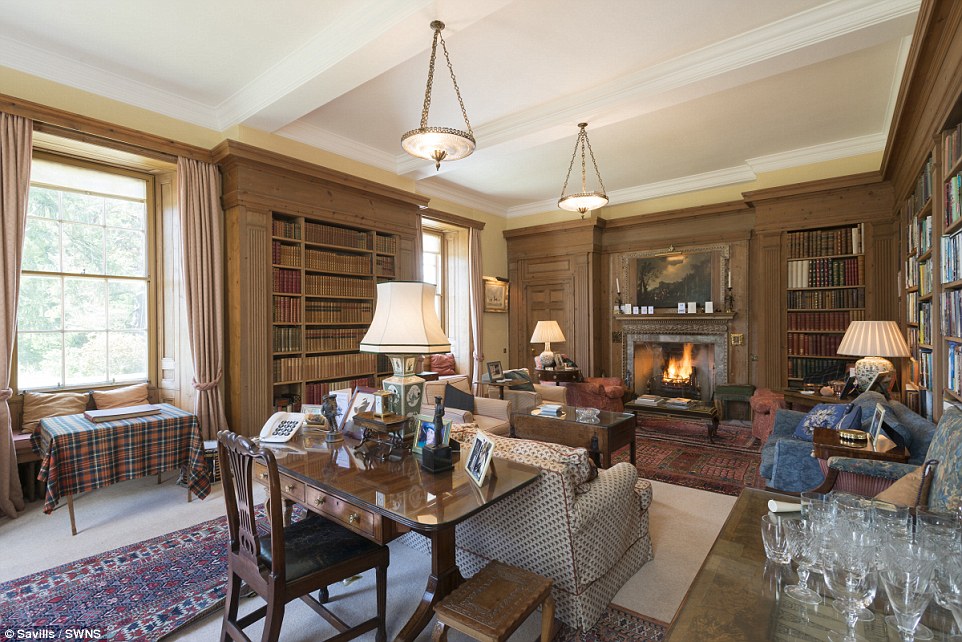 There are seven principal bedrooms on the first floor with a further five bedrooms located in the “Cadet Wing” – used in recent years to accommodate cadets from the Gordon Highlanders, continuing the regiment’s long association with the estate.

Beginning in 1933, she published Britain’s Saturday Review which was best known for its attacks on what the paper labelled the ‘unpatriotic’ National Government of Ramsay MacDonald. She has been acknowledged as an aviation pioneer, ‘the saviour of the Spitfire’.

Lady Houston gave generously to British aviation. In 1931, she donated £100,000 to Supermarine, allowing them to win the Schneider Trophy in that year.

In 1932, she also she offered to give £200,000 to strengthen the British army and navy. But the government refused.

She also established The Gordon Highlanders, later commanded by her son George, recruiting its first battalion in 1794 with ‘a shilling and a kiss’, by offering the King’s shilling between her teeth to any man who would join their ranks.

From around 1929 until 1936 Kinrara was lived in by a second extraordinary woman.

Lucy, Lady Houston, was a former ‘show-girl’ known as ‘Poppy’.

She eloped in 1873 at the age of 16 to Paris with a member of one of the families that owned the Bass Brewery, Frederick Gretton.

She went onto marry three times and was an active suffragette.

Later in her life she made a huge financial and political contribution to the fledgling aviation industry, with her funding ultimately leading to the development of the Spitfire.

The Kinrara Estate’s current owner has just put it up for sale with Savills for a guide price of £3 million-plus.

Of national importance historically, architecturally, and for its spectacular woodlands, Kinrara is ‘a hidden gem amongst the majestic mountains’ which form the dramatic backdrop.

Evelyn Channing, of Savills, said: ‘Kinrara has it all, tranquillity and beauty and a range of possibilities for developing income streams.

‘Its lovely setting, in the midst of glorious Speyside which attracts visitors from all over the world, will appeal to entrepreneurial buyers wishing to capitalise on Scotland’s growing tourist sector.

Who is Jane Gordon, Duchess of Gordon?

Together with her husband Alexander, 4th Duke of Gordon and her son George, Marquess of Huntly, the future 5th Duke of Gordon she founded the Gordon Highlanders, a British Army infantry regiment that existed until 1994.

In 1799, Jane became depressed and ill. Her eldest son, George, the later George Gordon, 5th Duke of Gordon, had gone off to the wars.

Her second son, Alexander, died at 23, and her husband had moved his mistress, Jane Christie, into Gordon Castle and built a small house on the Spey, called Kinrara, for his estranged wife. Jane lived there for the next six years, continuing her entertaining and partying.

The Duchess was also proud of marrying all of her three daughters to noble men and insisted all her daughters be inscribed on her gravestone, which lies at Kinrara near the ancient site of St Eata’s Chapel near the banks of the Spey.

The 1st battalion fought at the Battle of Tel el-Kebir in September 1882 during the Anglo-Egyptian War, and then took part in the Nile Expedition in an attempt to relieve Major-General Charles Gordon during the Mahdist War.

‘Or, quite simply it will appeal to those looking for the ultimate family home in the Highlands.’

There are seven principal bedrooms on the first floor of Kinrara House with a further five bedrooms located in the cadet wing, which was used in recent years to accommodate cadets from the Gordon Highlanders.

The main house also has two self-contained apartments and the estate, which has five further cottages, has fishing, stalking and shooting rights, wonderful wetlands, pasture and glorious mixed woodlands. 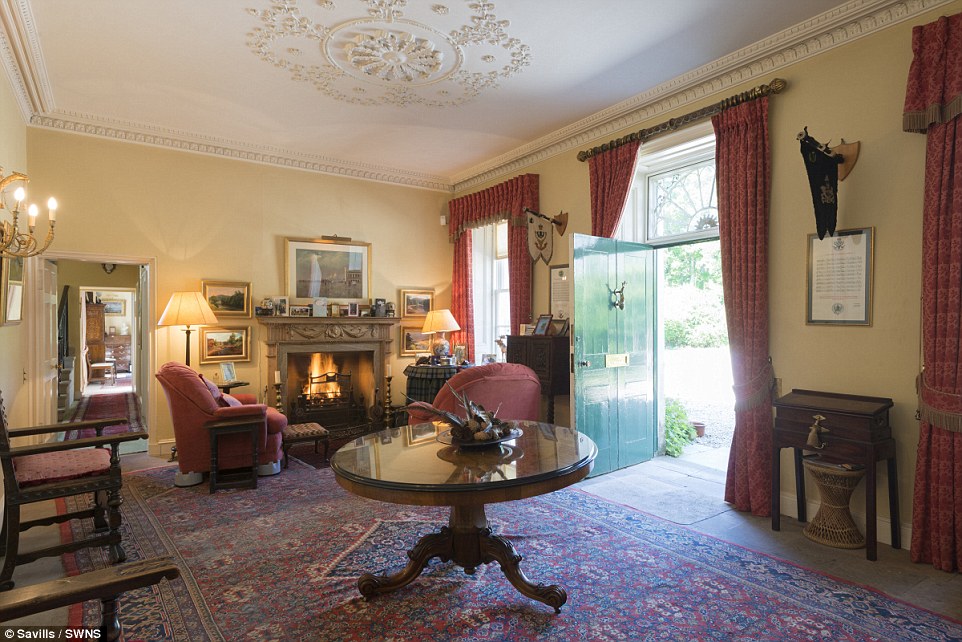 Polished wood sprung floors run the full length of the house, to allow for traditional Scottish reeling on a grand scale.

Set in 1,010 acres, the estate has a 3.2 mile stretch of the River Spey for salmon and sea trout fishing.

Jane, Duchess of Gordon, and her daughter-in-law Elizabeth Marchioness of Huntly were avid tree planters and are responsible for the Scots-pine woodlands which continue to thrive on the estate. 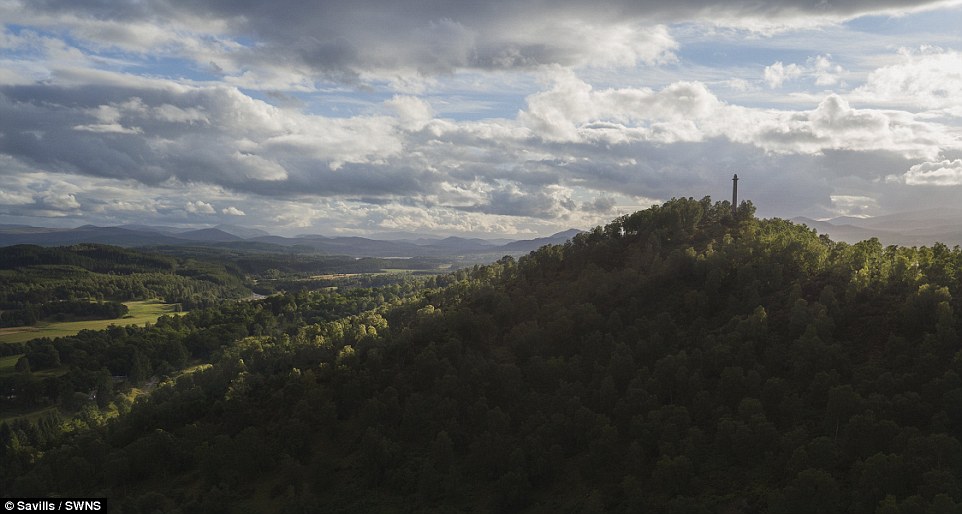 The estate has been described as having one of the finest Georgian properties in the region, having been home to both Jane, Duchess of Gordon and Lady Houston