A year in the life of a tree: Ancient German oak tree is pictured changing through summer, winter, spring and autumn in fascinating photographs

These stunning pictures show how an ancient oak tree morphs through the seasons and adapts to the changing conditions.

The majestic oak can be seen as it changes from being bushy and green in summer, to having its golden brown leaves of autumn, before becoming bare and snow-covered as winter sets in.

Incredible images depicting a whole year in the life of the tree have been showcased in a series of 12 shots taken by photographer Ingo Gerlach.

The 65-year-old took the snaps over a one year period, showing the tree as it withstands the test of time.

The nature photographer shot the tree in a magnificent range of weather conditions, capturing the shrub through the bitter-cold snow and scorching heat.

The photos were taken in Westerwald, Germany throughout 2018 – beginning in January and ending in December.

The ancient oak tree pictured at the start of its documented journey through time, which began in January 2018 with snow on the ground and bare white branches 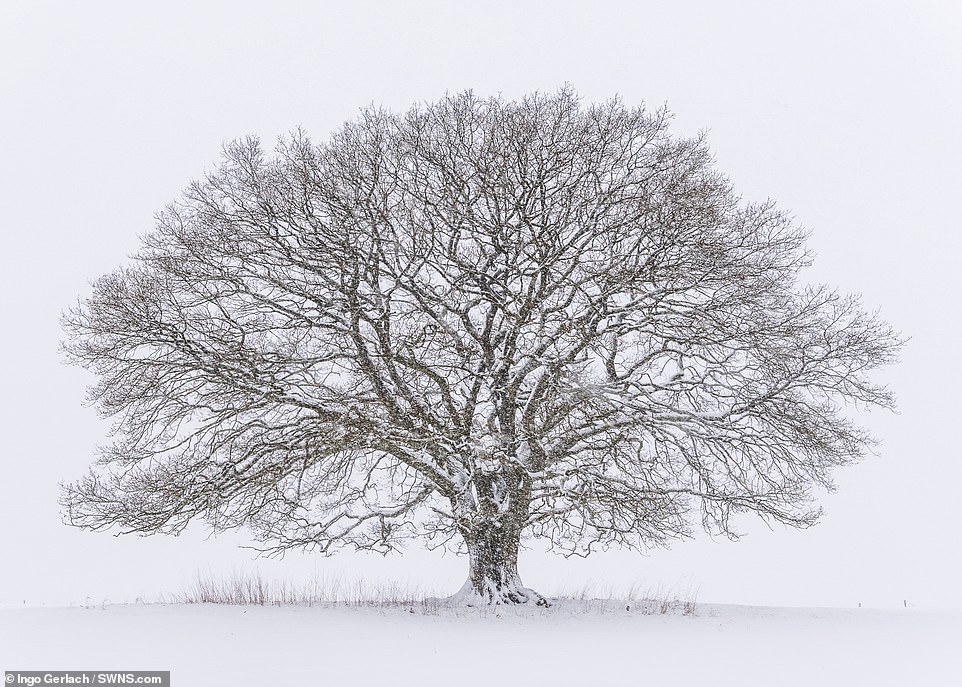 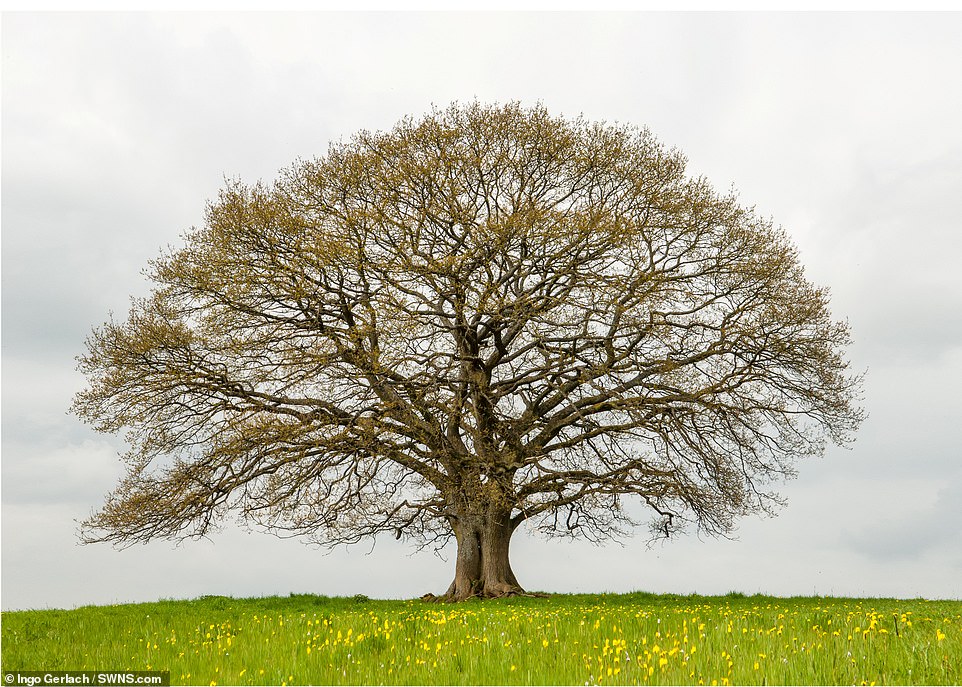 Just a month later in March the scene had completely changed and its metamorphosis was in full swing, with the thick white snow replaced by lush green grass and spouting yellow flowers 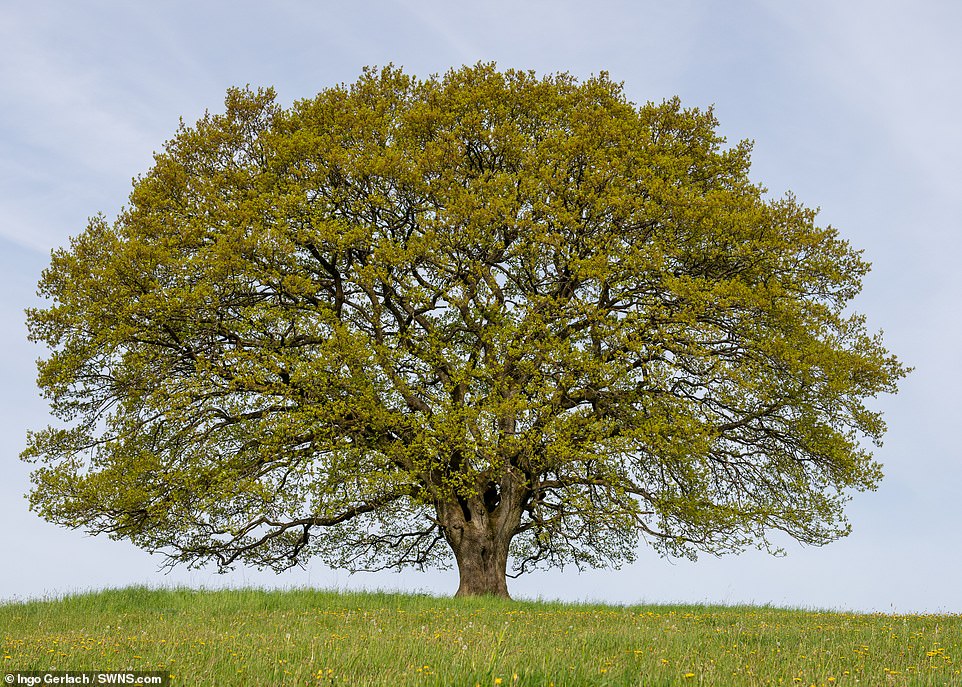 As spring set in by April the tree had sprouted even more brown leaves and had become much more bushy across nearly all the branches of the tree – which sits in a field in Westerwald, Germany, near the river Rhine 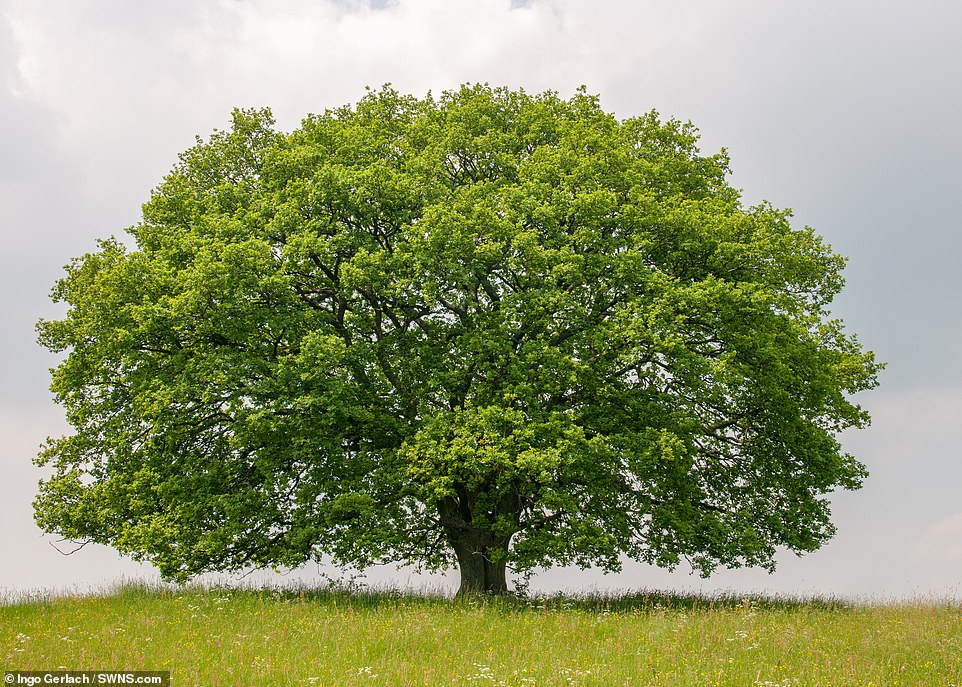 By May the tree’s golden and brown leaves of spring had been replaced by lush green colours as the heat of summer approached. Photographer Mr Gerlach, from Betzdorf, Germany, said: ‘I love this tree. The oak is a natural monument and protected’ 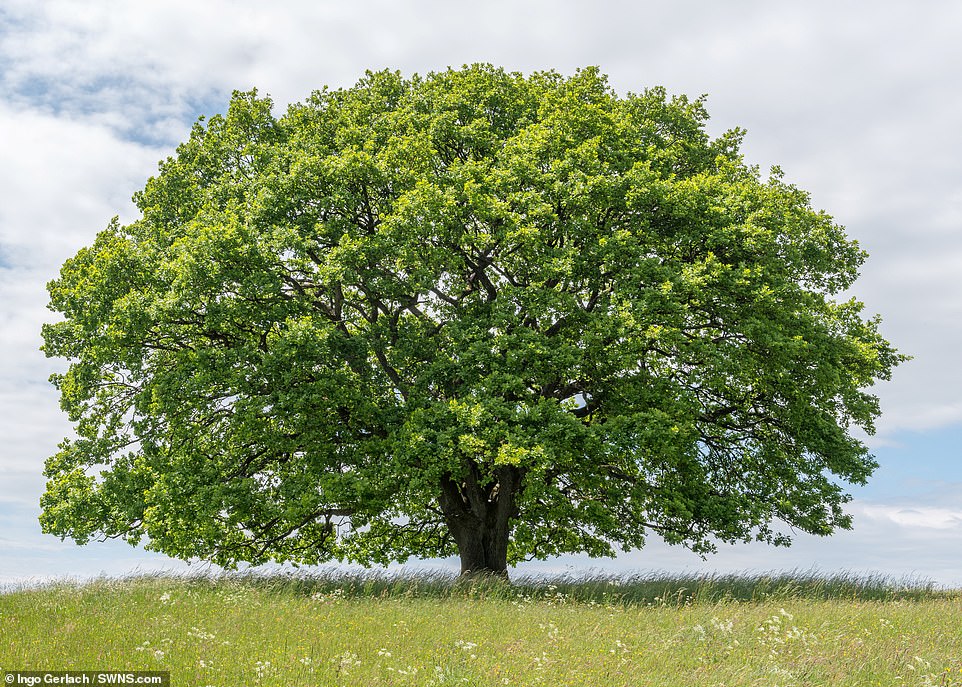 In June the temperature had risen and sunlight increased to make the conditions perfect for the tree to bloom, with even the grass in the field growing at its fastest rate 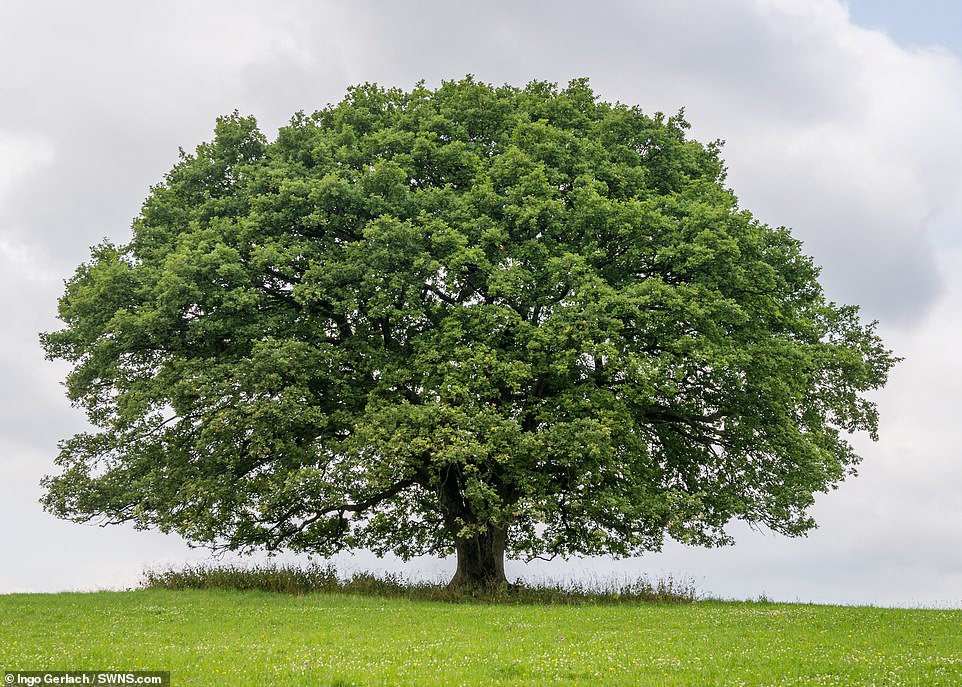 July saw the sunlight start to dissipate as the bright green colours of June made way for the darker, more emerald tones, of the later summer months 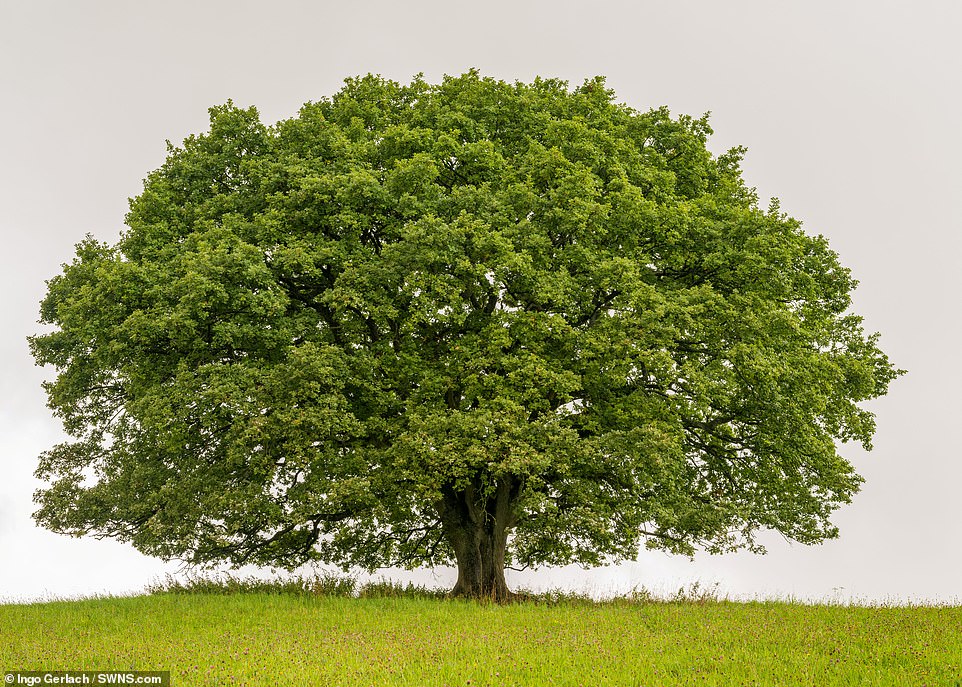 During the last summer month of August the gathering clouds around the ancient oak took on a richer, more yellow complexion at the bottom as the bright green patches began to morph into a darker shade around the higher branches 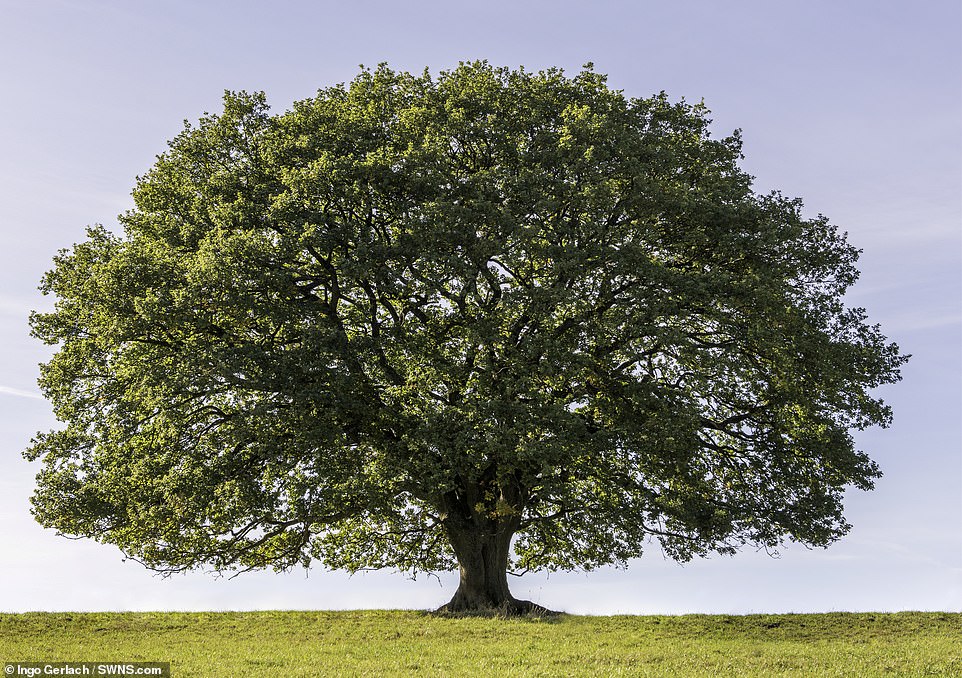 As the last rays of summer sun glisten on the majestic oak tree, the month of September saw the beginnings of the tree’s decline back to its autumnal state, as bare patches begin to show 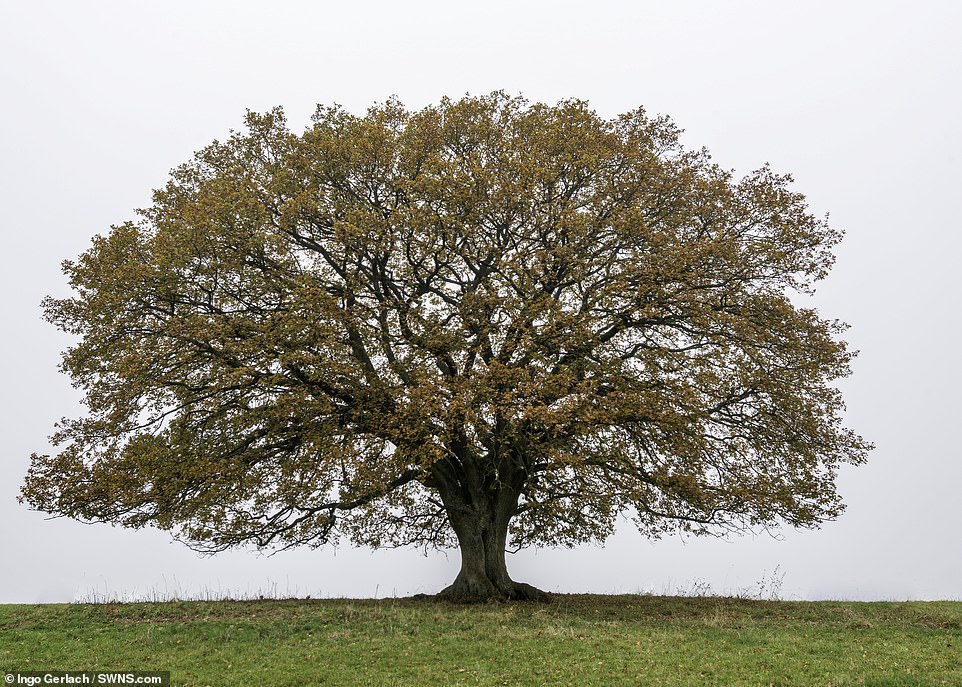 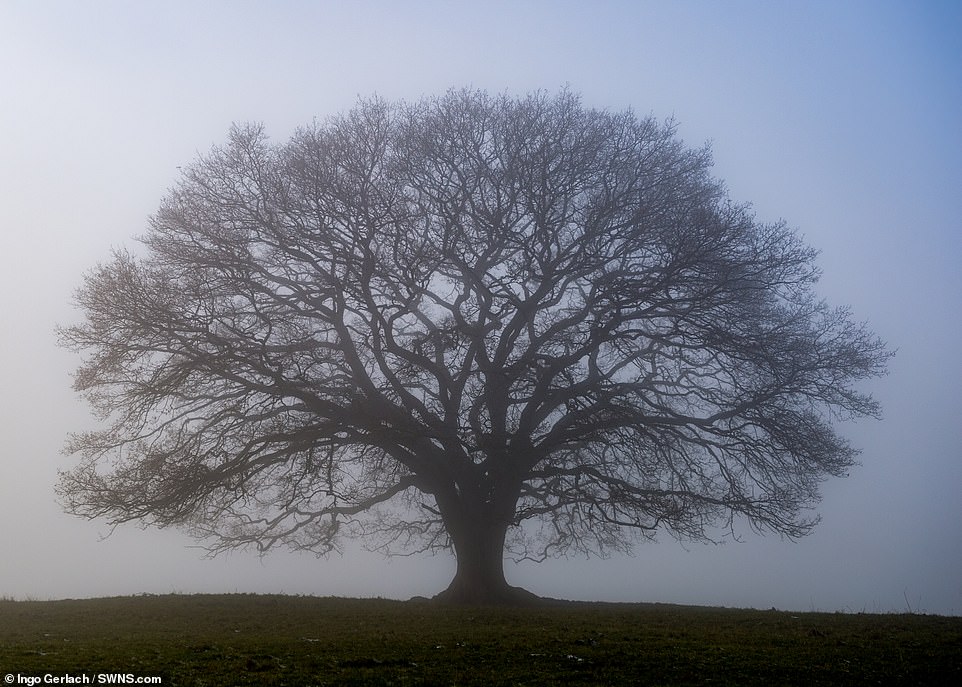 November saw the tree in the full grip of winter as the cloudy sky left a ghostly air descend on the oak. Mr Gerlach added: ‘I marked the place for myself and set up a tripod each time’ 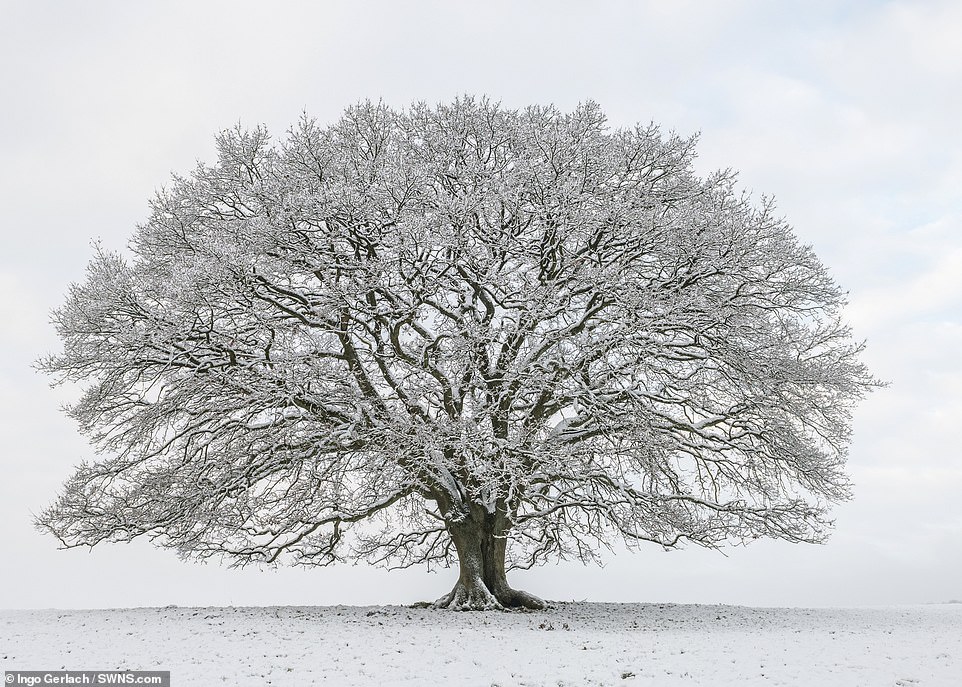 December saw the tree come full circle and again was covered in snow. Mr Gerlach, who is also a graphic designer, snapped the tree using a Nikon camera with a 24mm wide angle 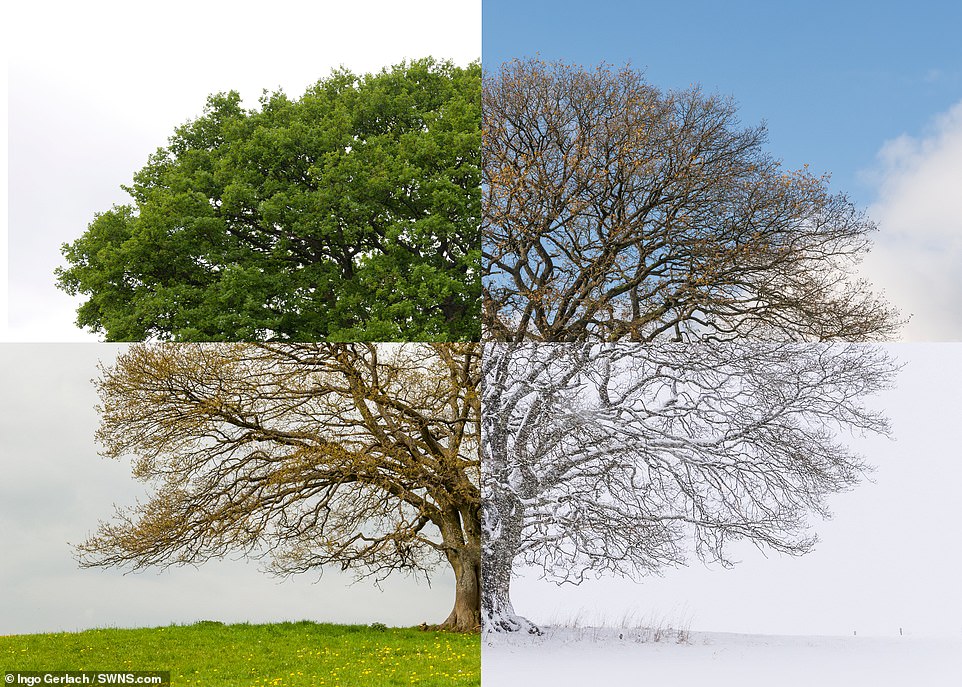