A hungry otter, a startled squirrel and an inquisitive badger: Stunning images show the mesmerising beauty of British wildlife

These stunning images capture the sheer beauty and diversity of British wildlife.

And they might prove to be inspiration for budding photographers wanting to enter this year’s prestigious British Wildlife Photography Awards, now in its 10th year.

That’s because the fascinating photos were all entered into the contest last year and received commendations from the judging panel. As you can see, the standard is exceptional.

There are just a matter of weeks before the 2019 competition closes on April 6. The top prize is £5,000 and there are 17 categories.

This year, to help raise awareness of the British coast, its biodiversity and the threats it is facing, the awards has expanded the coast and marine category to include British and Irish coastlines within four separate categories – Wales, Scotland, England and Northern Ireland and the coast of Ireland.

This hilarious image of a startled red squirrel was taken in the Cairngorms National Park by Neil McIntyre. It was highly commended in the animal portrait category 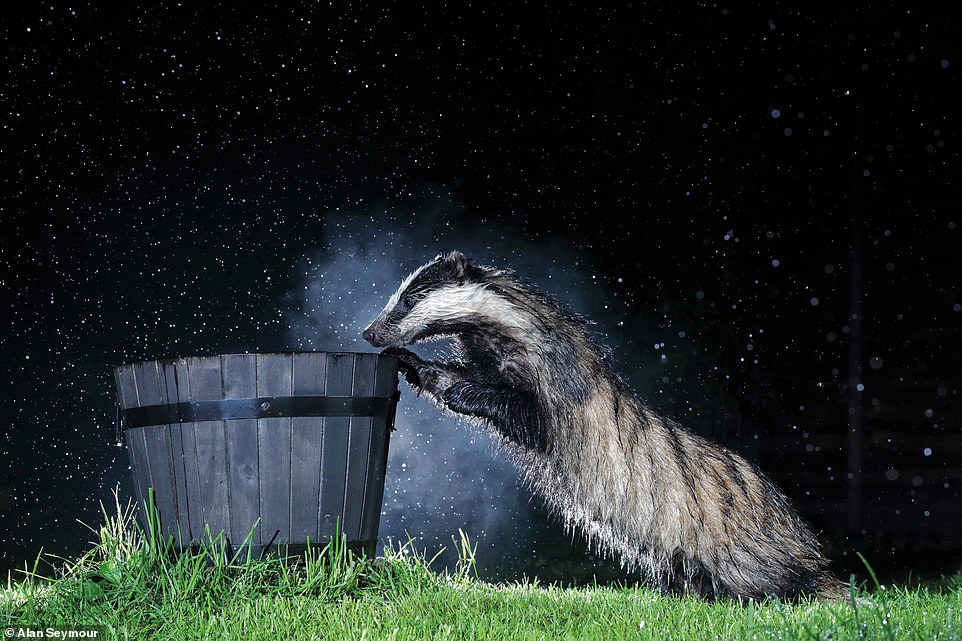 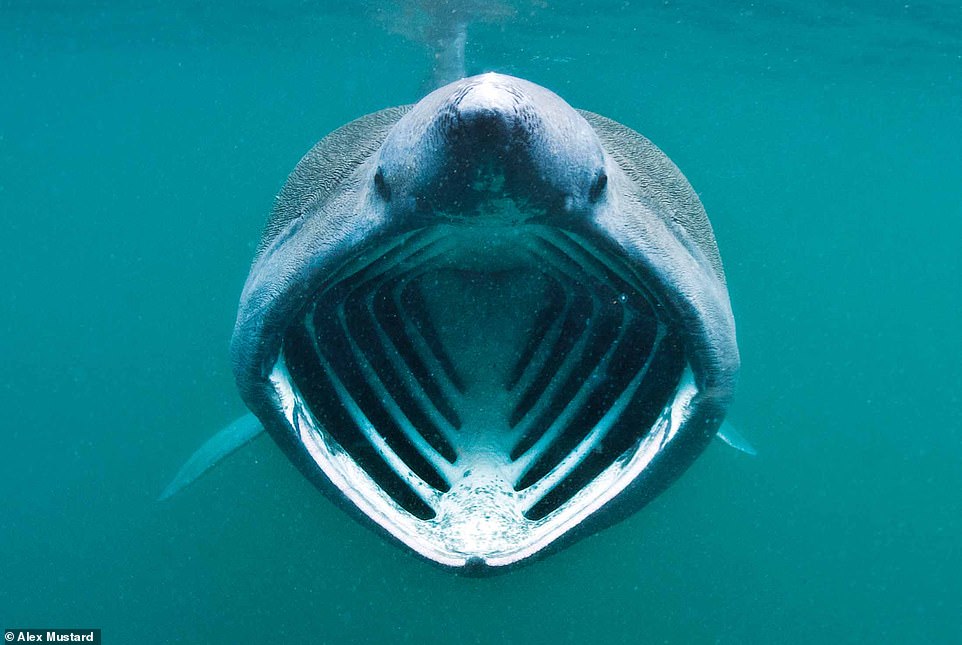 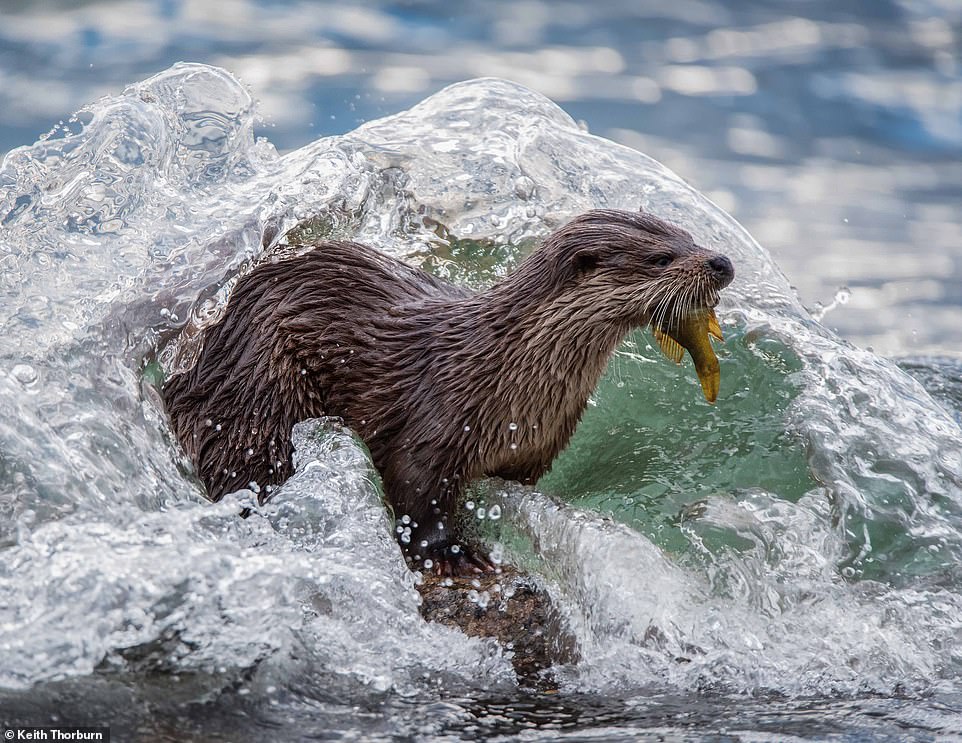 This stunning image of an otter was snapped by Keith Thorburn on the River Stour in Dorset. It was highly commended in the coast and marine category 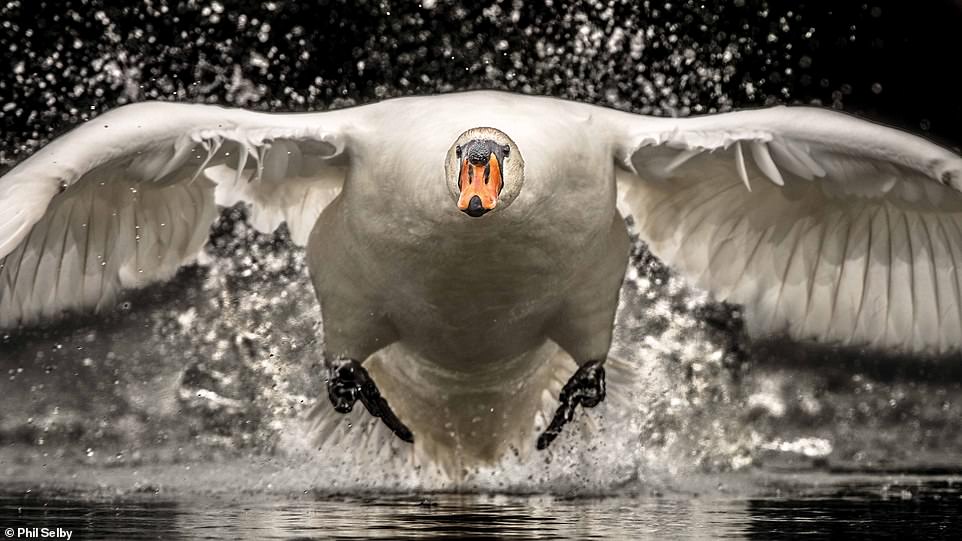 Phil Selby’s image of this mute swan taking flight was highly commended in the animal portrait category. He took the snap in Swindon, Wiltshire 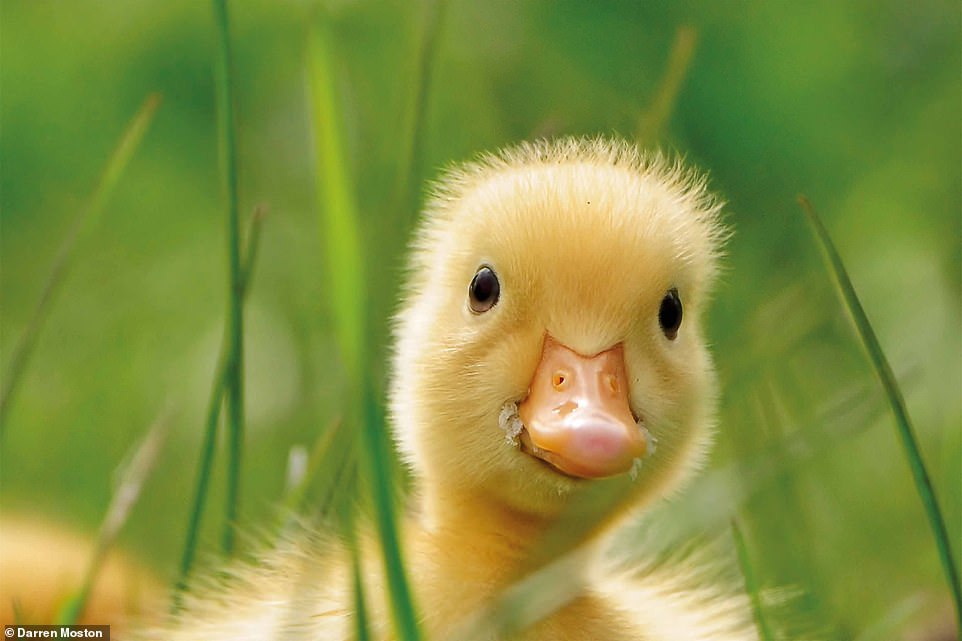 Photographer Darren Moston was highly commended in the animal portrait category for his shot of this cute mallard, which was snapped in Stockton Heath in Cheshire 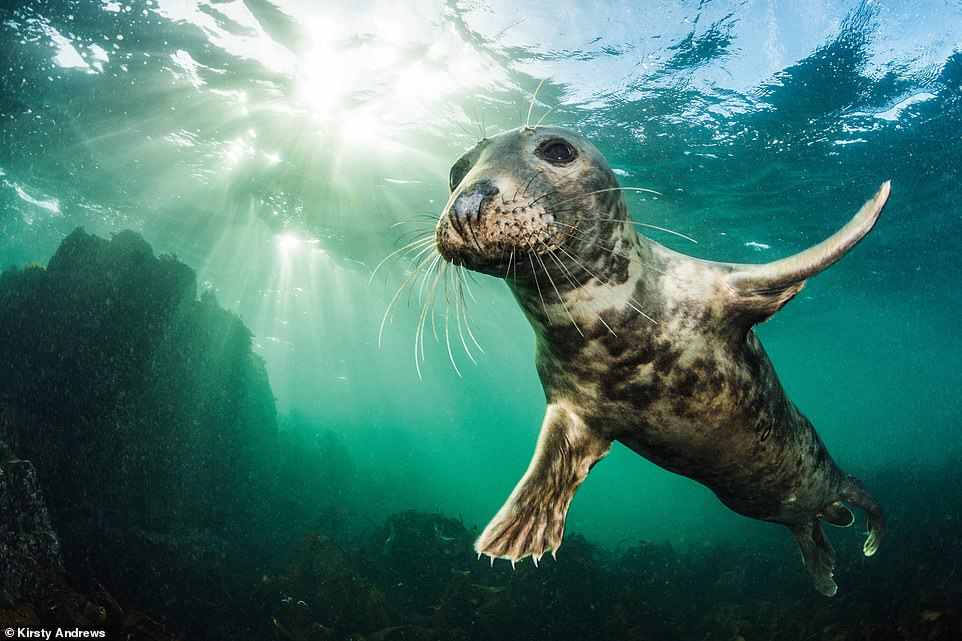 A grey seal stares straight at the camera in a shot taken by Kirsty Andrews close to the Farne Islands in Northumberland. It was highly commended in the coast and marine category 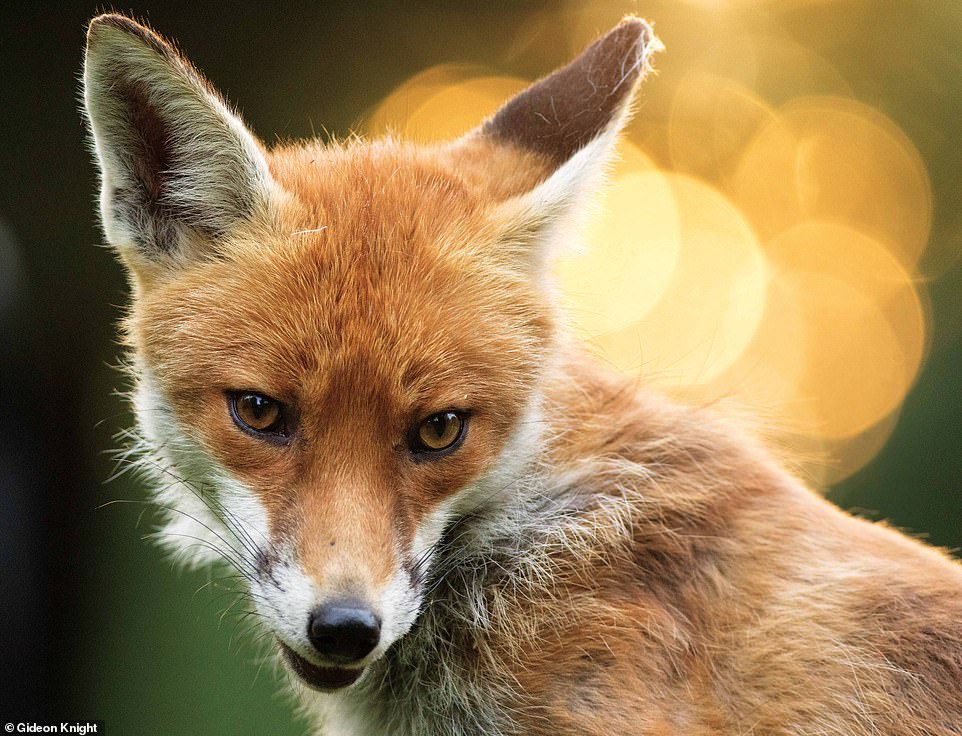 In the category for 12 to 18-year-olds, Gideon Knight, 18, was highly commended for his shot of a red fox, which he captured in Ilford, East London 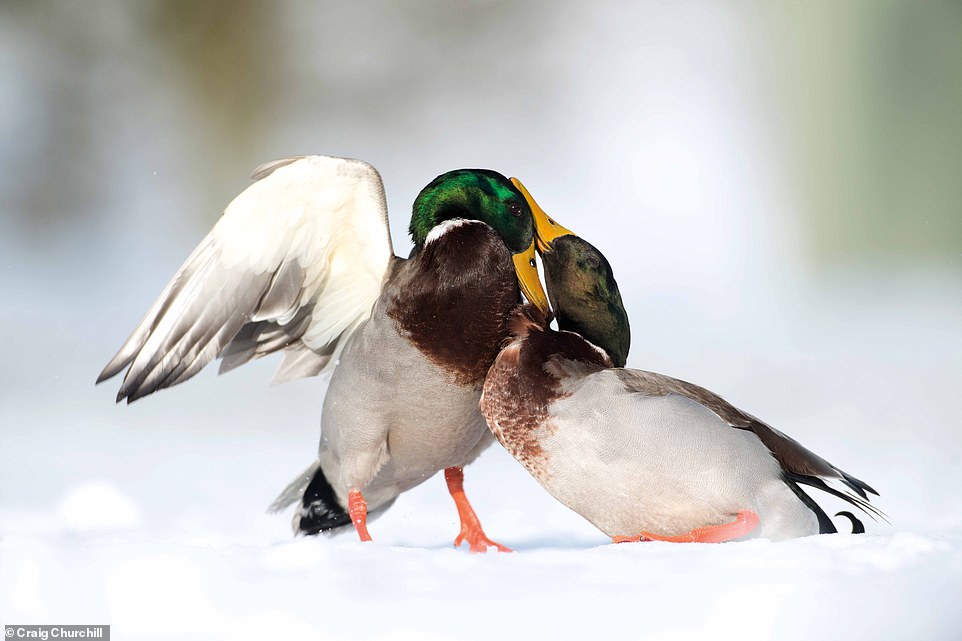 A pair of mallard ducks do battle in a shot captured by Craig Churchill in Woodstock, Oxfordshire, which was entered into the animal behaviour category 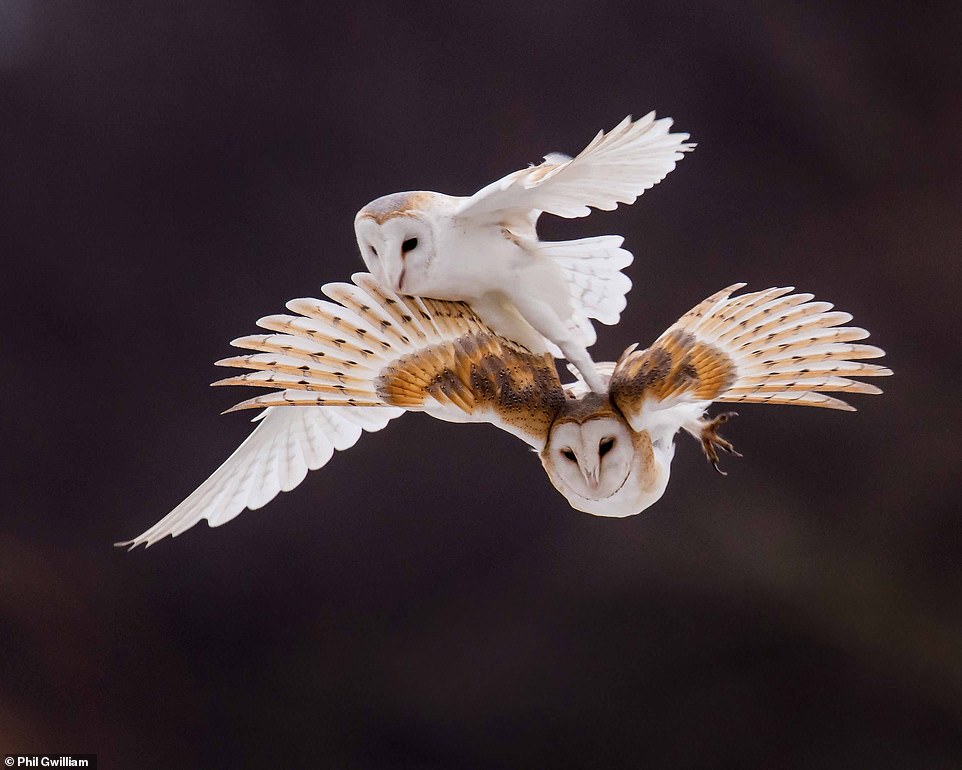 Two white barn owls swoop down together as they try to catch prey at RSPB Titchwell Marsh in Norfolk. The image was taken by Phil Gwilliam for the animal behaviour category 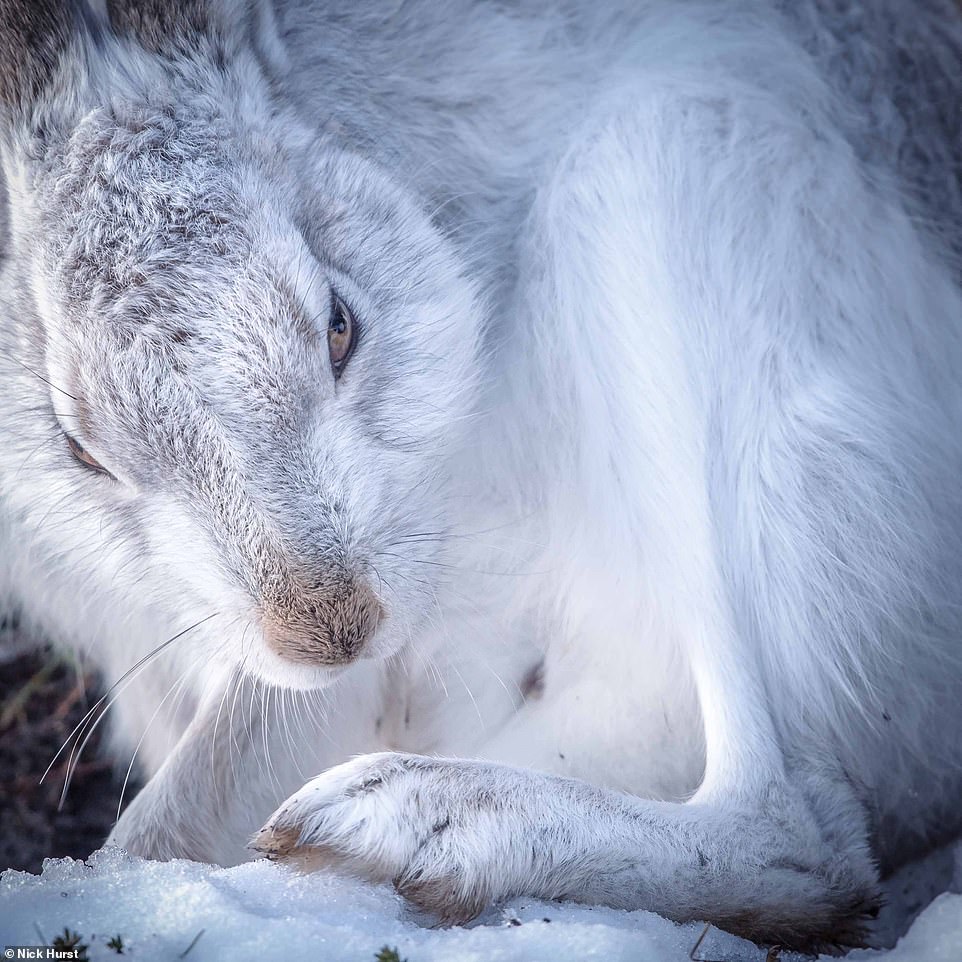 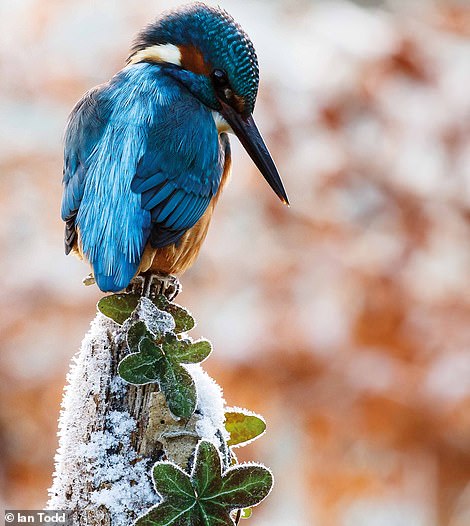 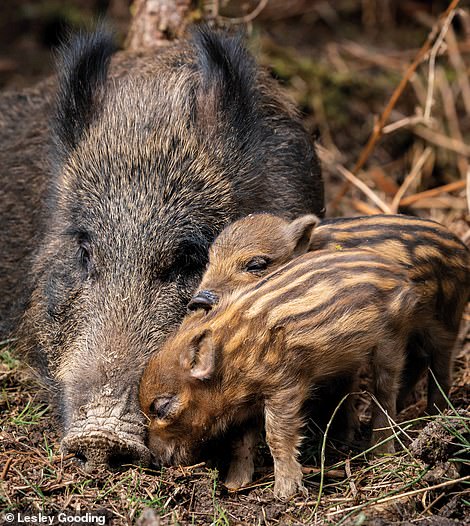 Ian Todd was highly commended in the animal portrait category for this close-up of a common kingfisher that was captured close to the River Ayr in Scotland, left. While right, photographer Lesley Gooding captured this sweet image of two young wild boars embracing their mother. It was taken in the Forest of Dean in Gloucestershire and was entered in the animal behaviour category 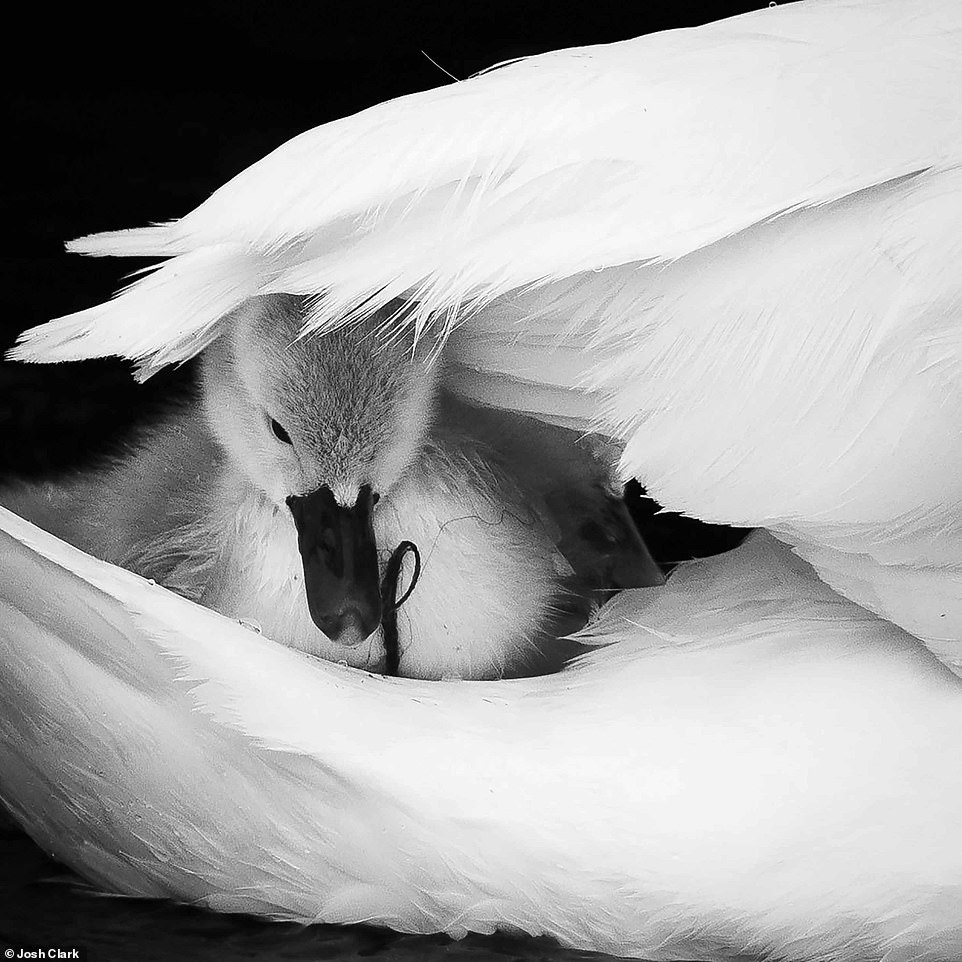 Josh Clark, 18, entered this image in the 12 to 18-year-old category showing a pair of mute swans on the River Stour in Dorset 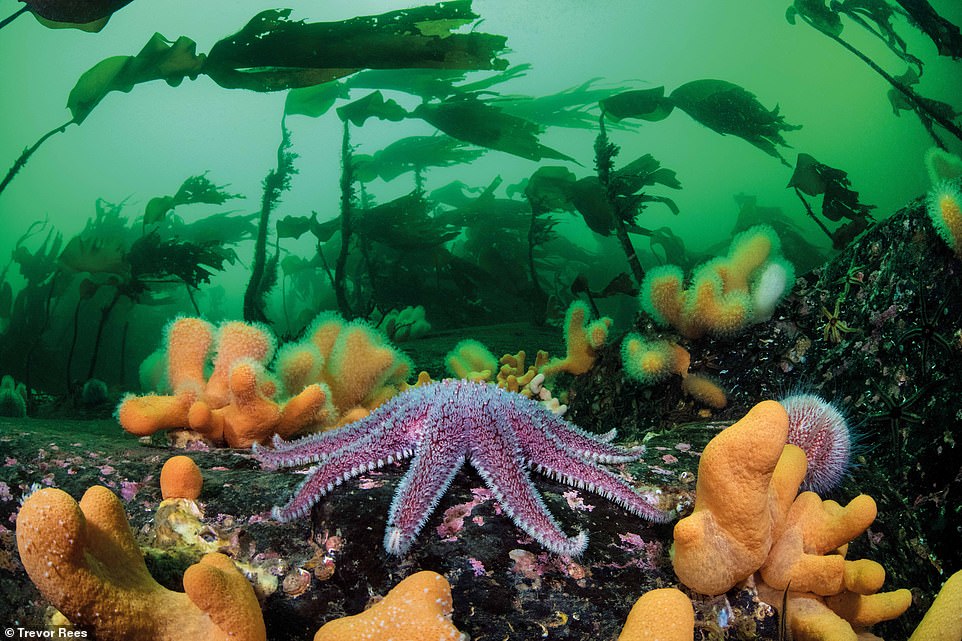 This underwater shot taken at Loch Carron in the Scottish Highlands was snapped by Trevor Rees. It was highly commended in the habitat category 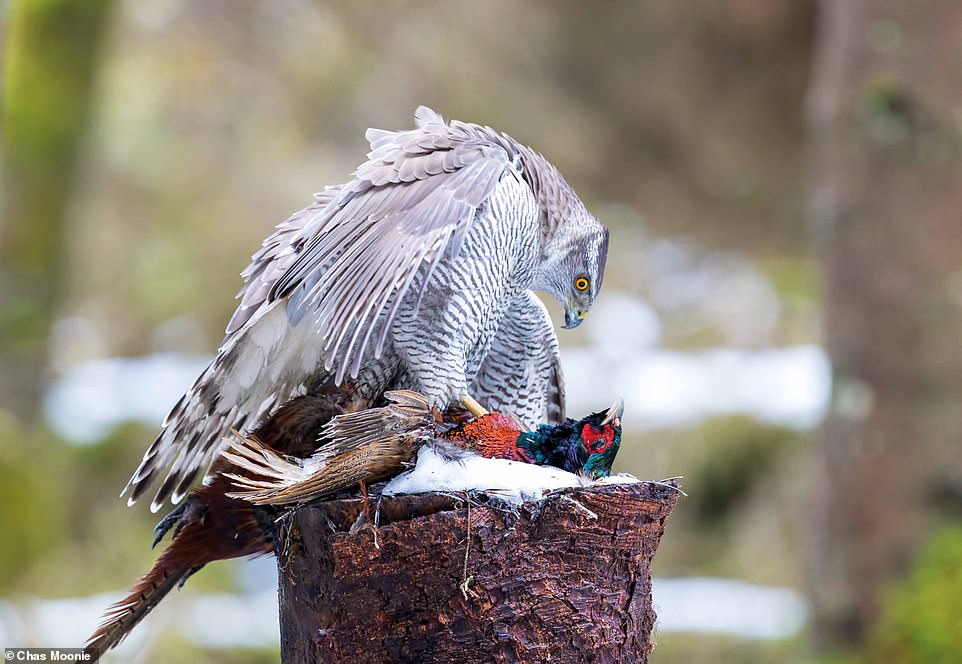 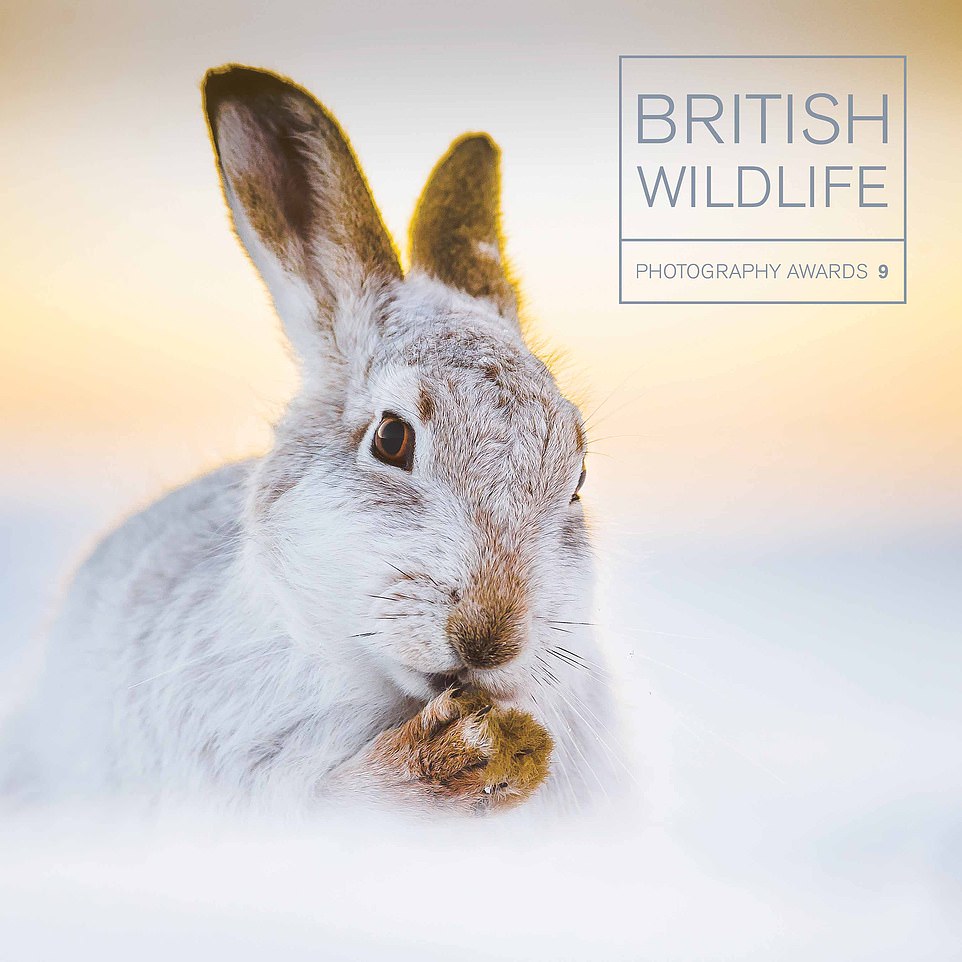 These images all appear in British Wildlife Photography Awards 9, published by Ammonite Press, RRP £25. The book is available online and from all good bookshops