These couples certainly lucked out when they picked their wedding photographers – with memories of the happiest day of their lives captured in award-winning style.

From epic couple portraits to gloriously candid moments from the dance floor, this year’s winners of the third International Wedding Photographer of the Year have certainly produced some spectacular shots.

This year there were 11 categories in the competition, with an overall grand winner and a runner-up.

The highest accolade went to Cat and Jeff of The Apartment Photography, from Vancouver, Canada, for their atmospheric shot of newlyweds Pia and Julian.

The couple got married in Whistler, BC in a ‘multi-day celebration’, which perfectly combined their differing cultural backgrounds.

The runner-up winner was Xenia Shabanova, from Estonia, with a clever image taken using a drone using the reflective quality of hotel windows to capture bride and groom-to-be Chris and Natalie on the night before their wedding in the capital, Tallinn.

Cat and Jeff, destination wedding photographers from Vancouver, Canada, won the overall prize and the Couple Portrait award for this image of Pia and Julian on their wedding day in Whistler. The crazy weather patterns (sunshine, rain and blustery winds) didn’t stop these two lovebirds from having the best time 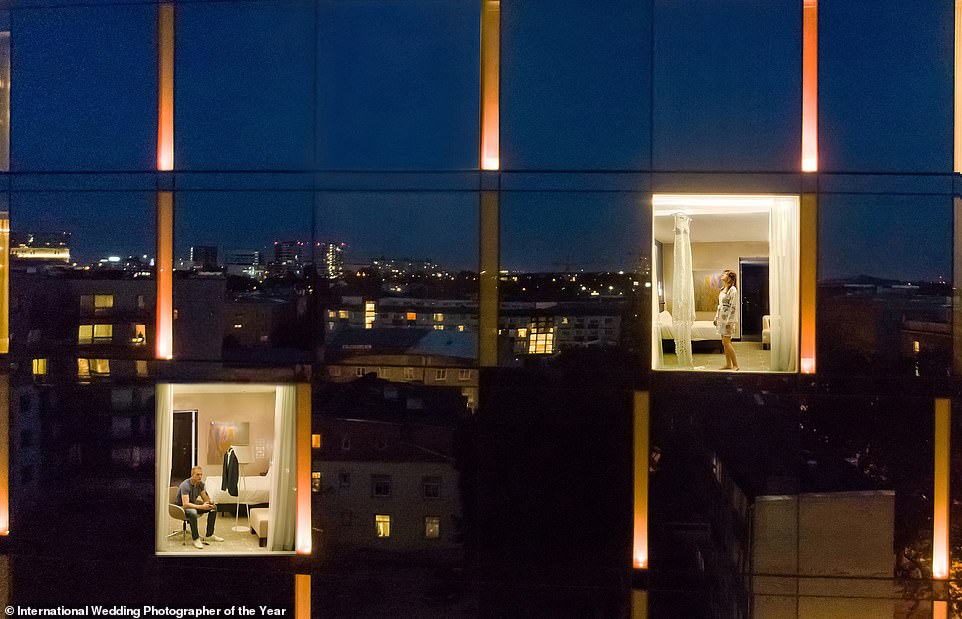 Runner-up Xenia Shabanova, from Estonia, said she ‘got very lucky with the mirror-like surface of the windows of the hotel, which reflected the lights of the night’ to capture Chris and Natalie on the evening before their big day in Tallinn. The shot was taken by drone from outside the hotel, in order to look into the hotel from the outside-in. Xenia was standing on the street and giving instructions to the couple via her phone 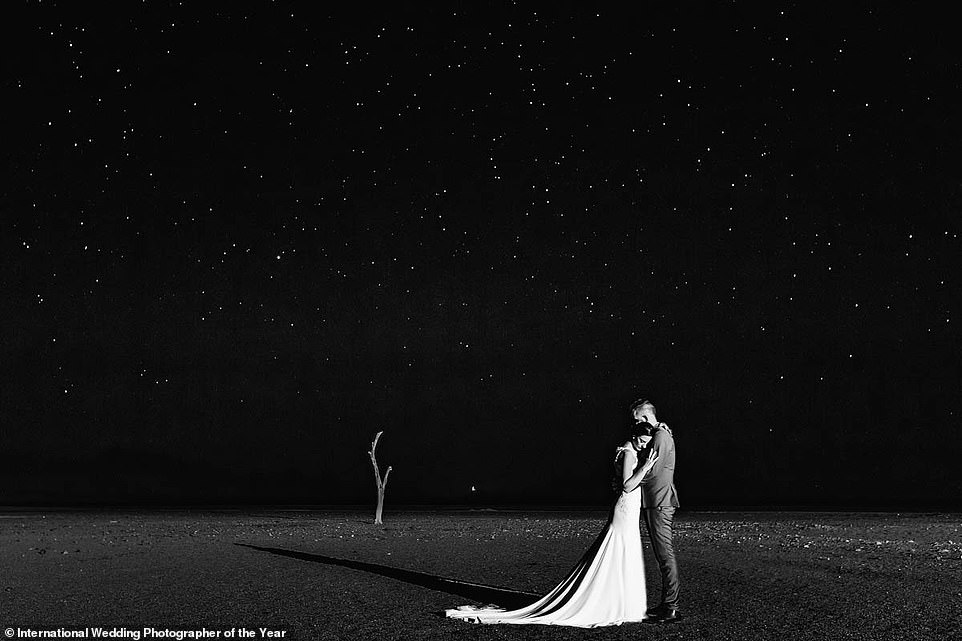 Ruan Redelinghuys, from South Africa, won the award for Epic Location with this shot of a couple on their wedding day in the Namib desert. The pair were asked to stand perfectly still for 10 seconds and Ruan shot the whole scene with only ambient light from the venue 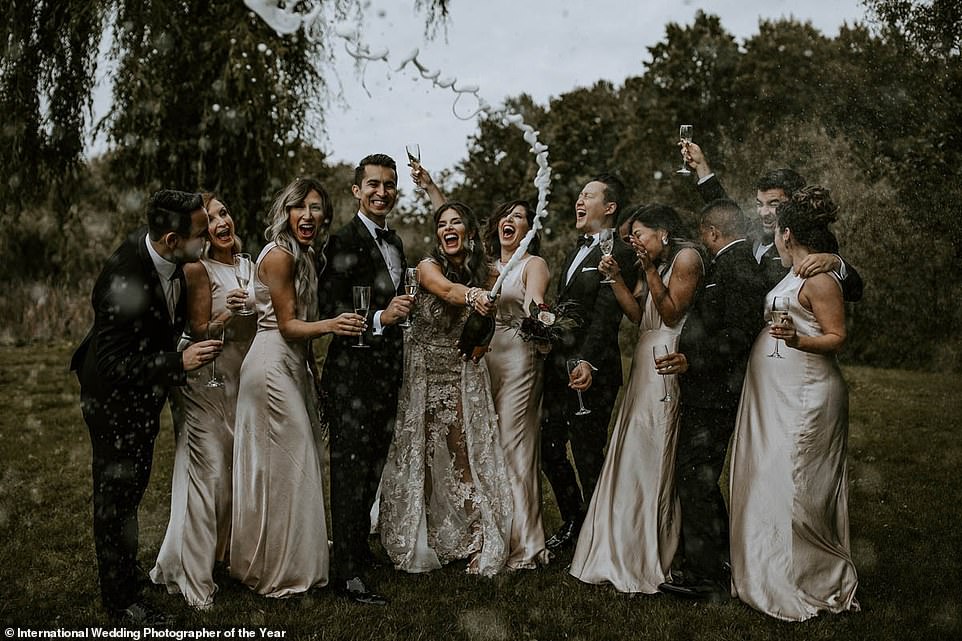 Angela Ruscheinski, from Canada, who considers herself ‘a photographer for the brides who don’t mind getting their dress a little dirty or their hair a little wind tousled’, won the Bridal Party prize for this fun shot of the group celebrating by shaking up and opening their over-sized bottle of bubbly 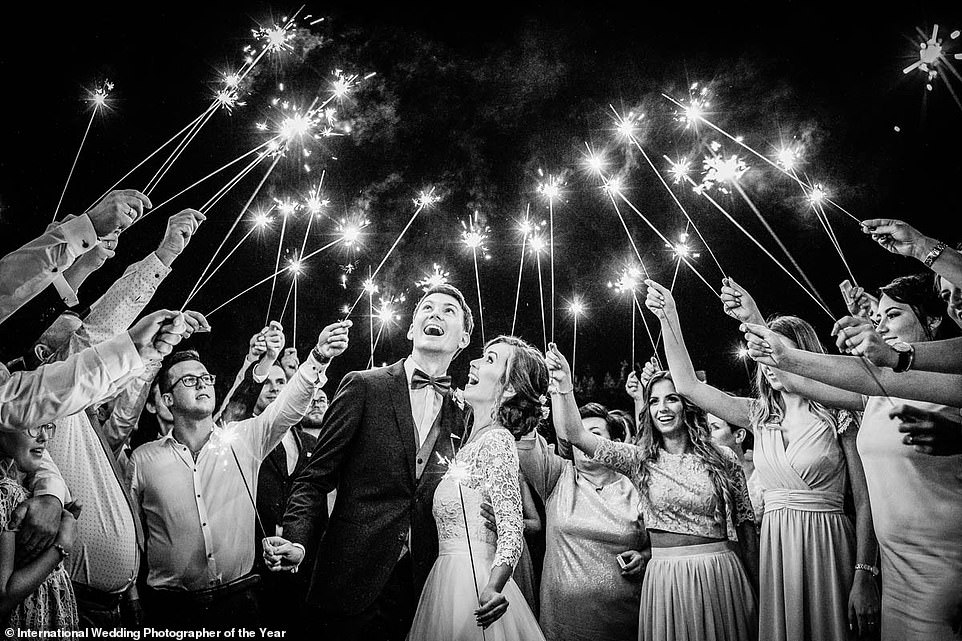 Rafał Donica, from Poland, took the crown for the Black and White category, with this atmospheric shot of newlyweds Martyna and Wojtek, surrounded by their guests wielding sparklers. This is only Rafal’s third ever picture of fireworks at a wedding in his three-year career as a wedding photographer 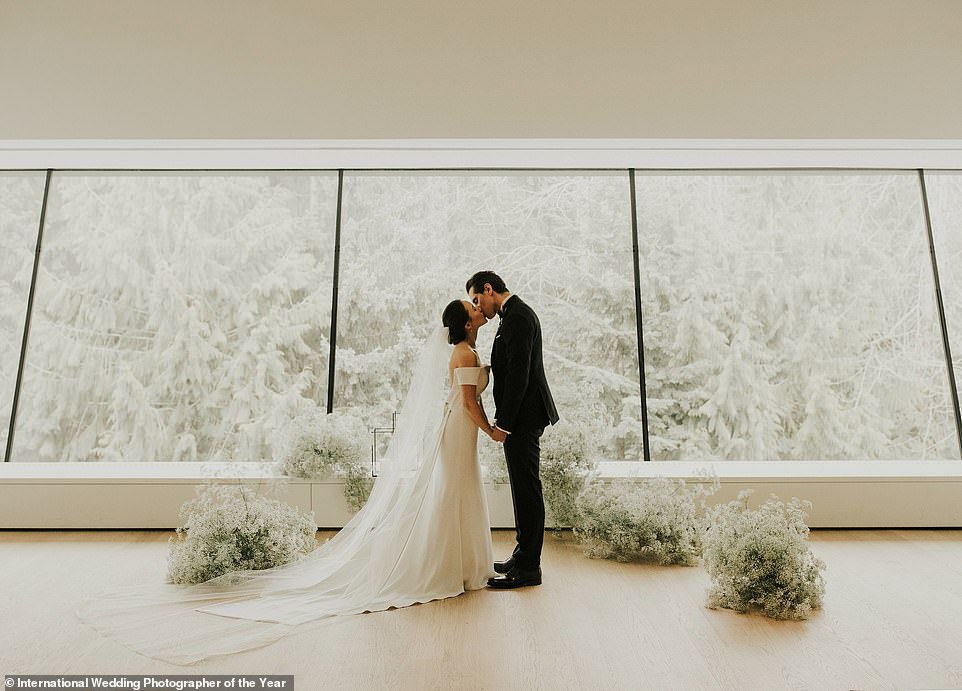 Cat and Jeff of The Apartment Photography also took the prize for Best Album, with their images of Californians Lani and Jeff, who travelled to Whistler for their snowy big day. Their wedding involved a last minute change on the day to their ceremony location because the space they originally booked wasn’t quite how they’d imagined it when they organised it months previously 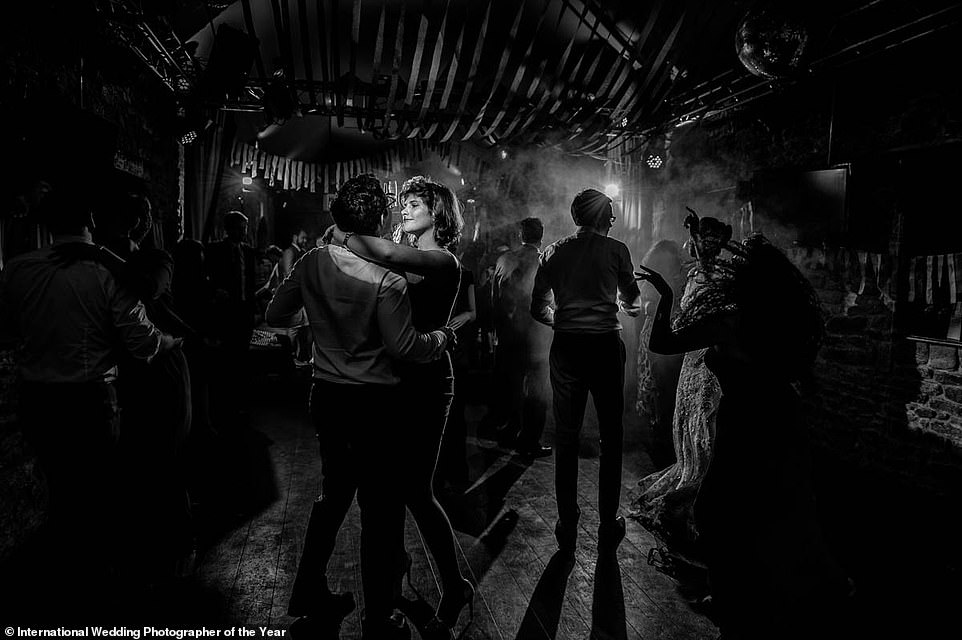 The Dance Floor category prize went to Gaelle Le Berre, from Australia, who photographed Salma and Jean-Baptiste’s wedding at the Manoir de Kerhuel in Plonéour Lanvern, France, in 2017. For this shot, Gaelle had his camera off flashmode and at the exact moment he took this shot, the light of the DJ illuminated the couple – who are best friends of the bride 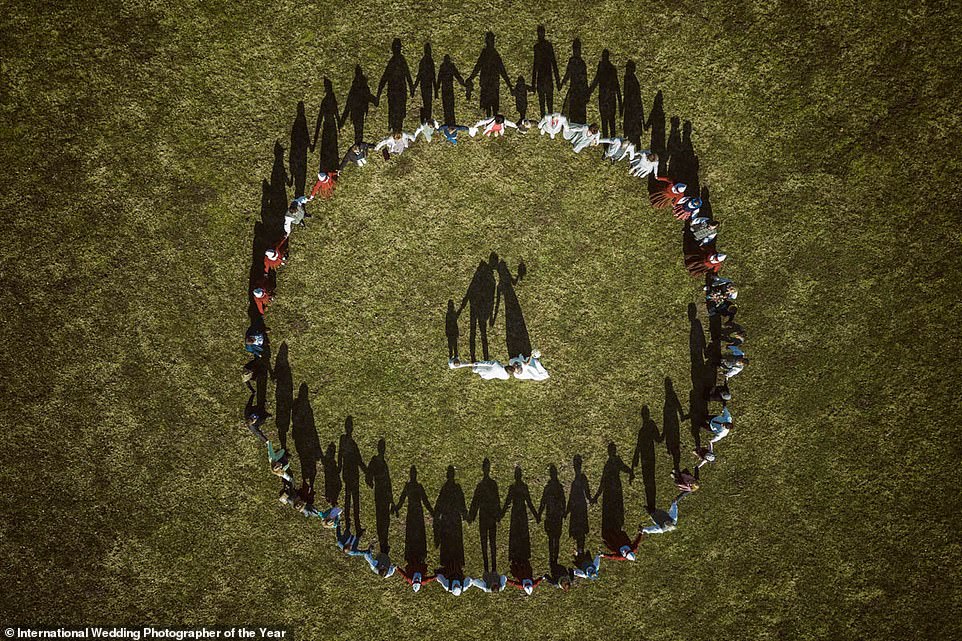 Marcis Baltskars from Latvia won the From Above category, thanks to this clever shot a newly married couple and their guests. The light was perfect for silhouettes, so Marcis asked the guests to make a circle before lifting up a drone to picture the ring – a symbol of endless love 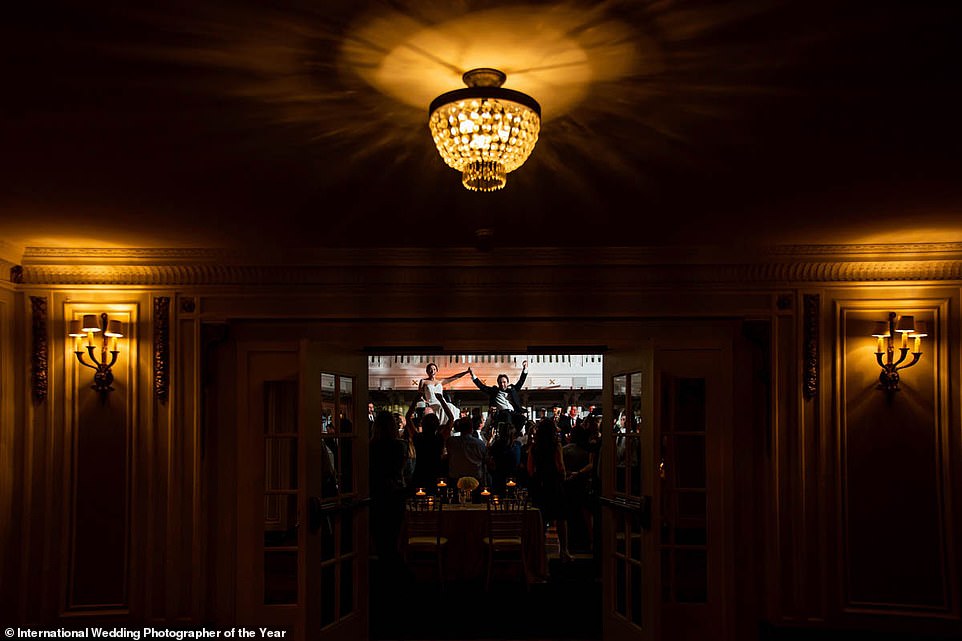 American photographer Victoria Sprung won the Single Capture category with this photo, taken outside the doors of the reception room during the Hora – a type of circle dance originating in the Balkans 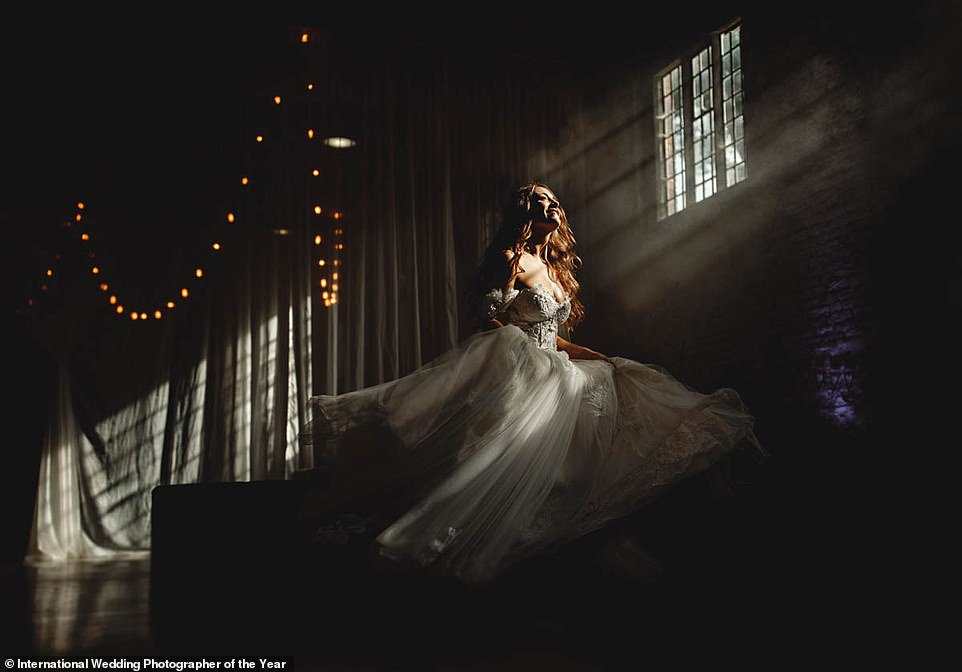 Ben Appleby, from the UK, shot this image at an old riding school wedding venue in Derbyshire. This stunning shot of bride Lauren won the Solo Portrait award 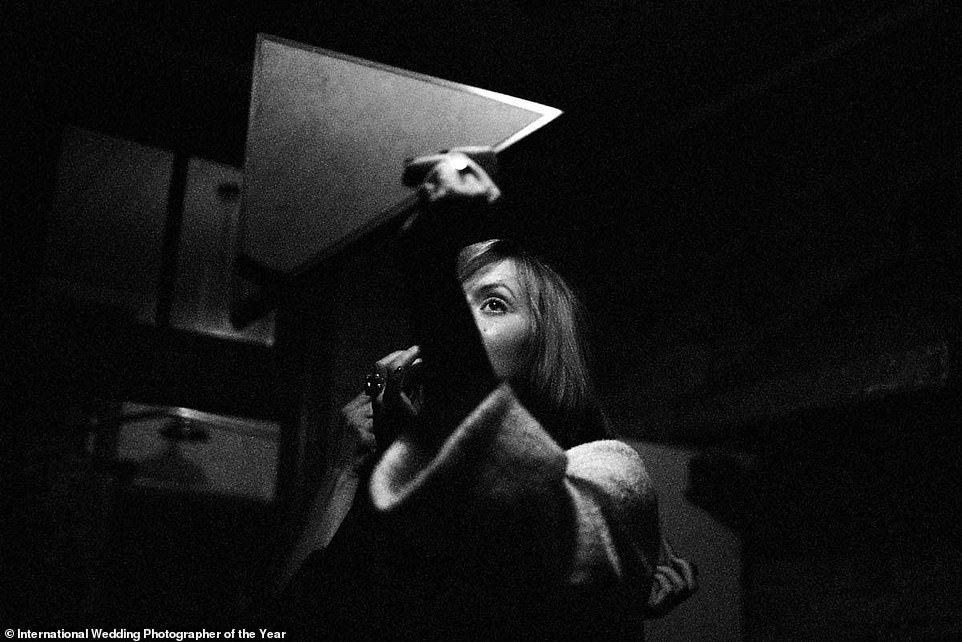