Stunning Irish castle island that includes half an acre of land could be yours for £80,000

A fairytale island castle which WB Yeats was desperate to buy could now be yours for just £80,000 as it stands ruined and decayed.

McDermott’s Castle, the site of which has been occupied for over 800 years, enjoys a stunning location in the middle of an Irish lough and is steeped in legend and folklore.

But today the island is overgrown and the castle has been damaged by ivy which covers its walls.

Yeats – who won a Nobel Prize for his literature in 1923 – famously tried and failed to buy the castle and half an acre of land in 1899, with a desire to transform it into a lasting monument for Irish culture and heritage.

On December 7, the designated Irish National Monument goes on auction with a guide price of 90,000 euros.

The present castle, on Castle Island, Lough Key, County Roscommon, is a folly built about 200 years ago by the King family and is now in a dangerous state of disrepair.

Whoever is prepared to bid into the tens of thousands when it goes to auction will have to part with many more thousands if they ever wish to make the island habitable again.

McDermott’s Castle on the island in Lough Key in County Roscommon, in Connaught, in the Irish Republic; it has been occupied for over 800 years and its present castle is a folly which was built by the King family nearly 200 years ago 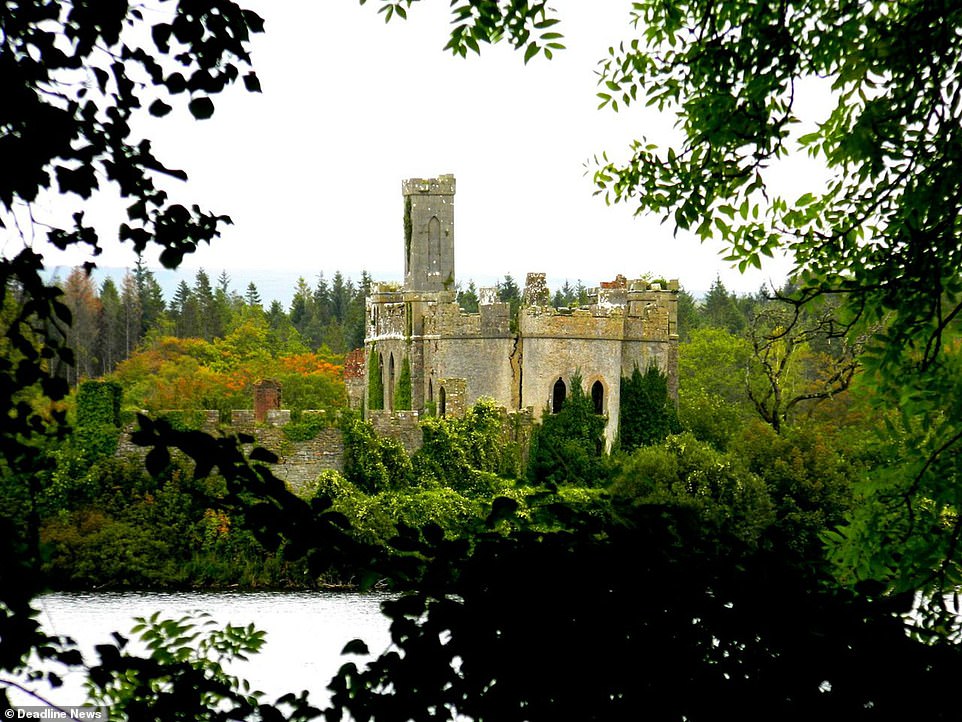 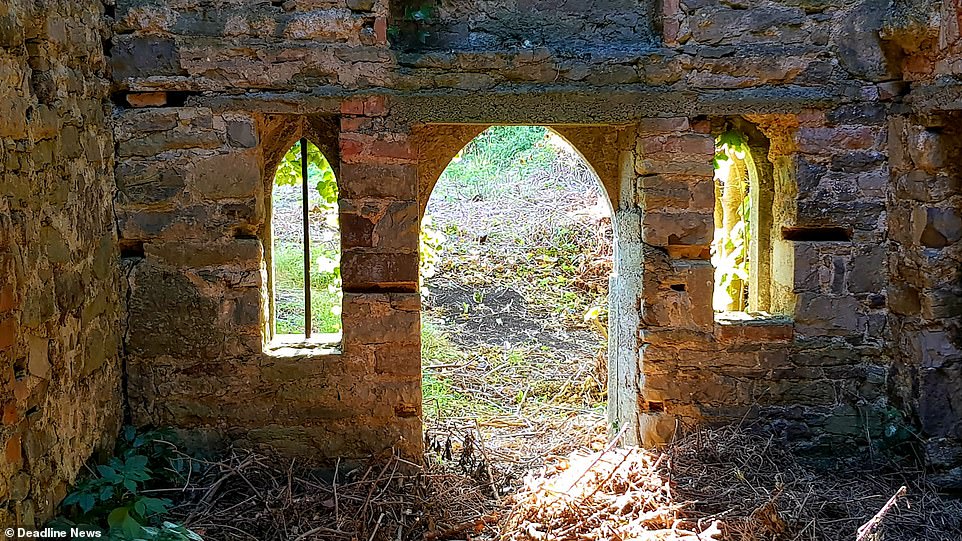 The folly was built on the ruins of a castle which dated back to the 12th century; the Annals of Loch Ce mention a lightning bolt which caused a fire in 1184

Property auctioneers, Bidx1, state that: ‘The property is arranged to provide a castle ruin and island. The island is set within Lough Key Forest and Activity Park. Total site area extending to approximately 0.22 hectares (0.54 acres).’ 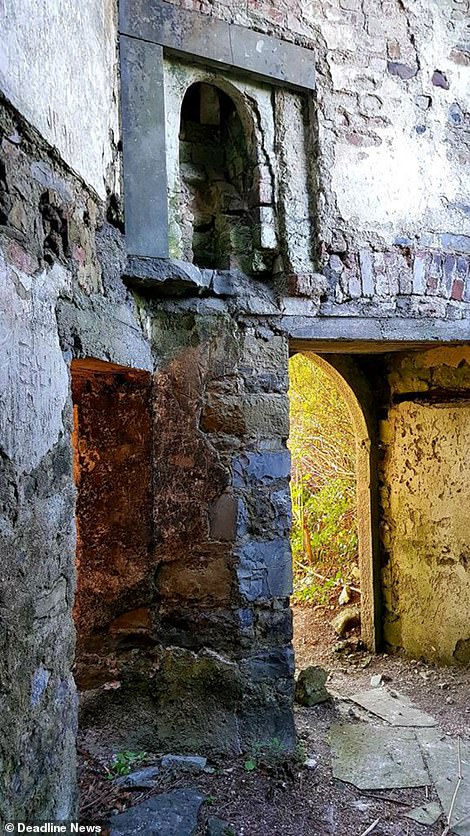 The castle is closed off to members of the public as the island is private ground, despite being a designated Irish Monument

The island has had a number of different structures built on it, dating back to the 12th century.

The Annals of Loch Ce mention a lightning bolt that struck and caused a fire in 1184.

The McDermott clan owned the island up until the 17th century, when it was given to the King family of England under the Cromwellian settlement.

The folly house was then built in the early 19th century.

The King family kept the property with the purpose of hosting parties and events, but it has since fallen into ruin, and is now in a dangerous state.

Tourists can view the property from the safety of the lake by using the local boat tour operators, which run during the summer.

The new owner will have the island and ruin to themselves as tourists are not permitted to set foot there.

Bob Geldof visited the island in 2016 for a BBC documentary on Yeats.

He revealed that Yeats fell in love with the castle and island, particularly the folklore and legends that exist to this day.

Yeats attempted to buy out the castle from the King family, with the desire to turn it into a monument for Irish culture and heritage.

His attempts failed and the folly castle remained, turning into the ruin that remains.

The property is steeped with folklore and local legends.

The Legend of Una Bhan is most associated with the island castle.

The legend says that Una Bhan, a daughter of a McDermott chief, lived on Castle Island.

She fell in love with a young boy who her father would not permit to see. 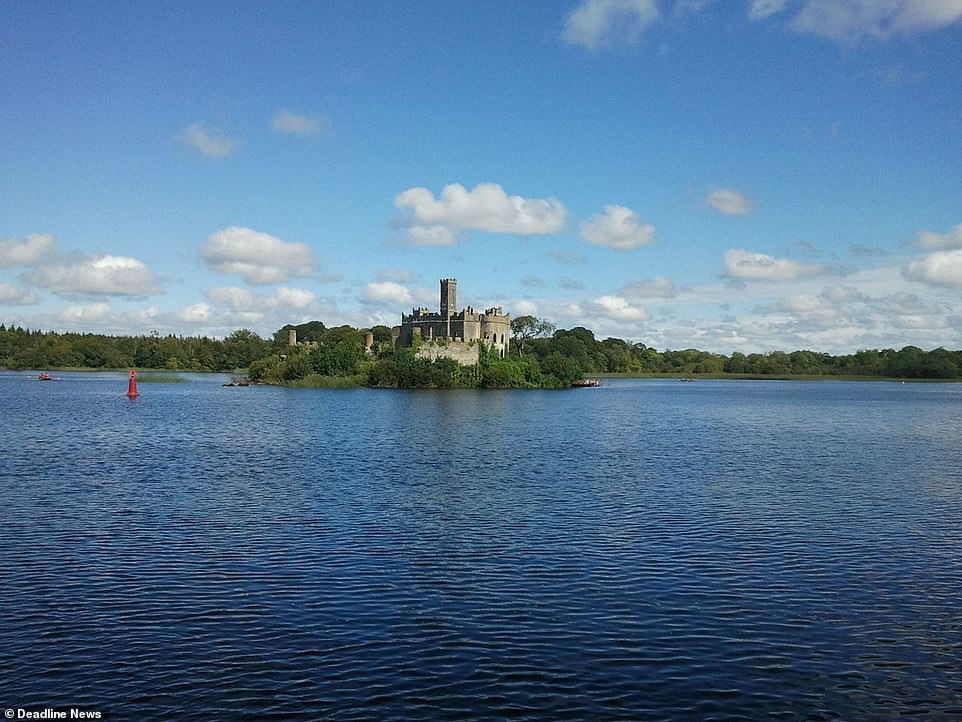 The island is referred to in the Legend of Una Bhan which describes the daughter of a McDermott chief falling in love with a boy she was forbidden from seeing who would swim over to the island to see her, but who one day he drowned in the lake and Una Bahn died of grief and was buried under an old twisted oak tree on the island 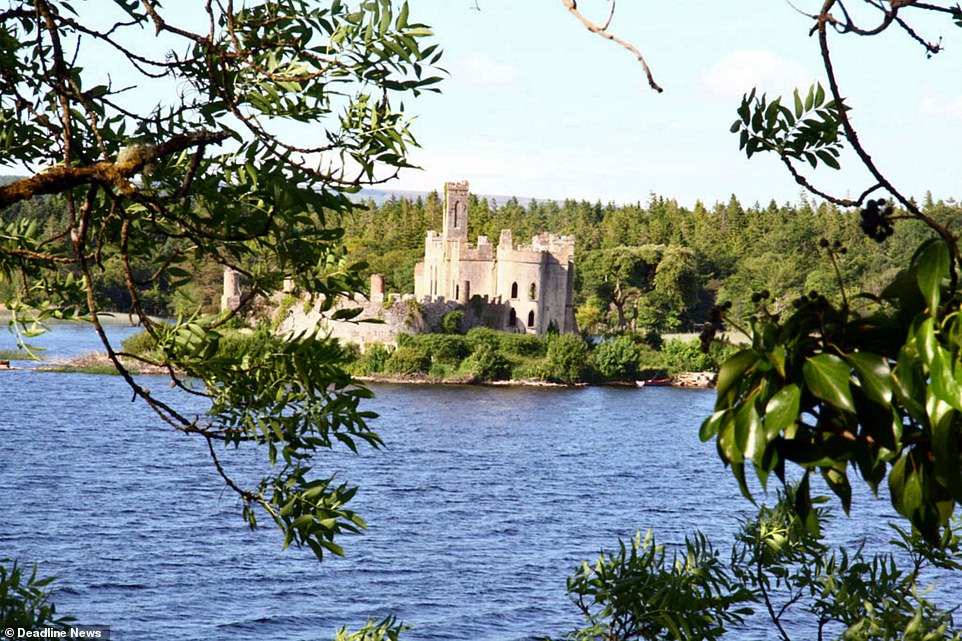 The castle seen through trees on the shore, looks like a mythical scene as it rises from the waters of Lough Ce 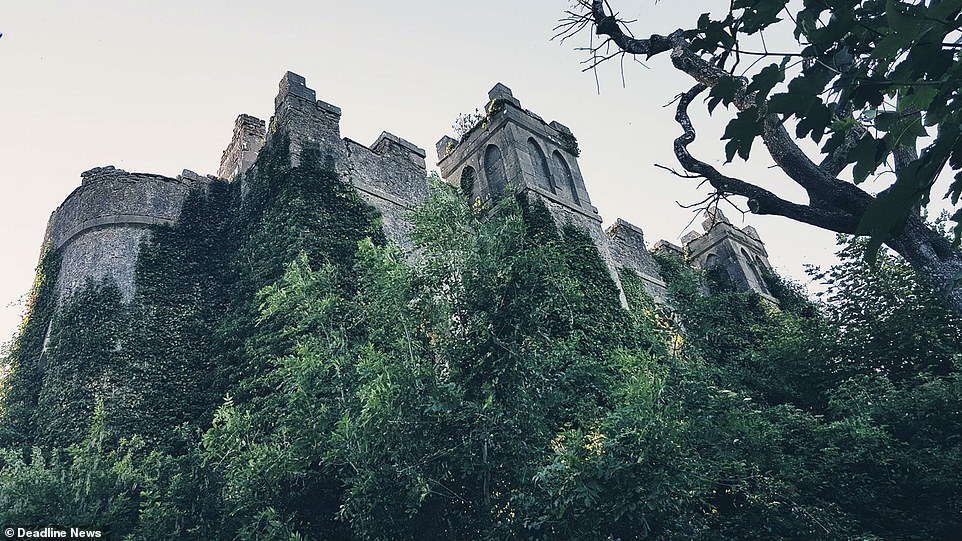 Whoever is prepared to part with at least £80,000 to acquire the property at auction will have to part with substantial sums to repair the property which is dilapidated and would only serve as a crude shelter at best 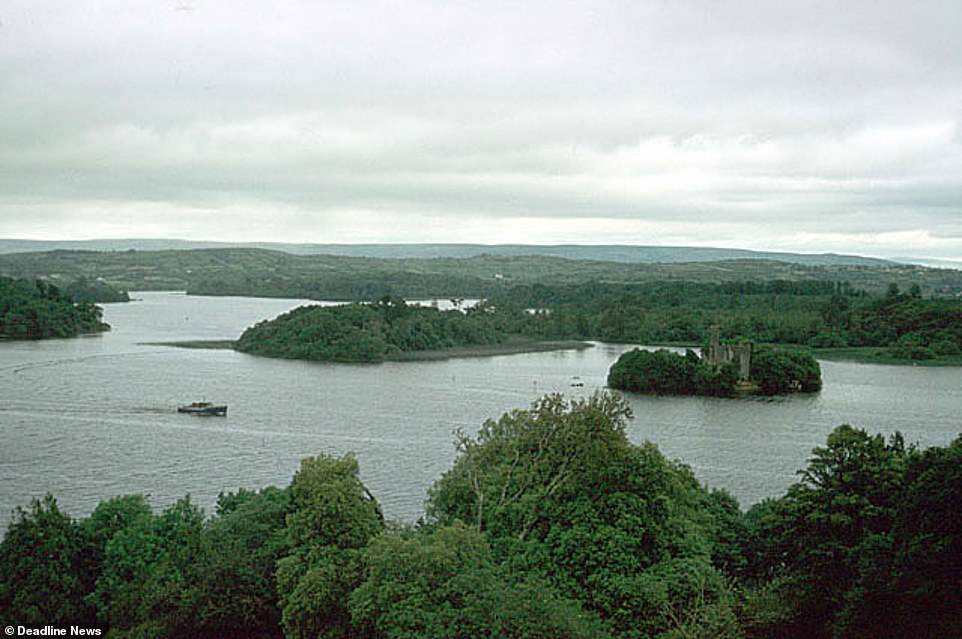 A boat can be seen cruising around the castle’s island which lies in the southeast corner of Lough Key; the lough is believed to be named after a mythical figure from Irish folklore named Ce 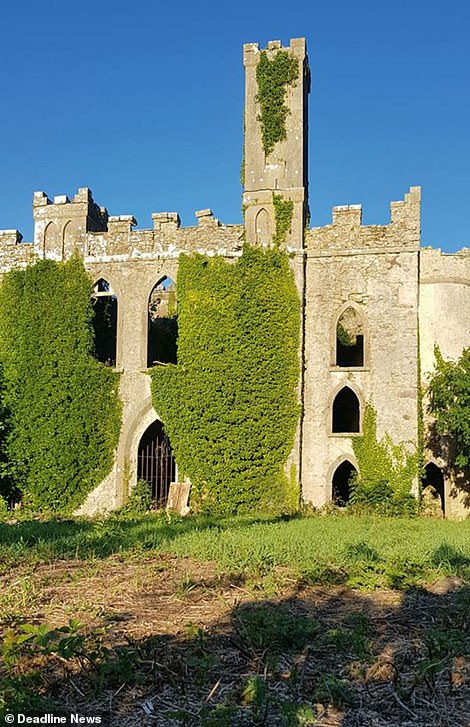 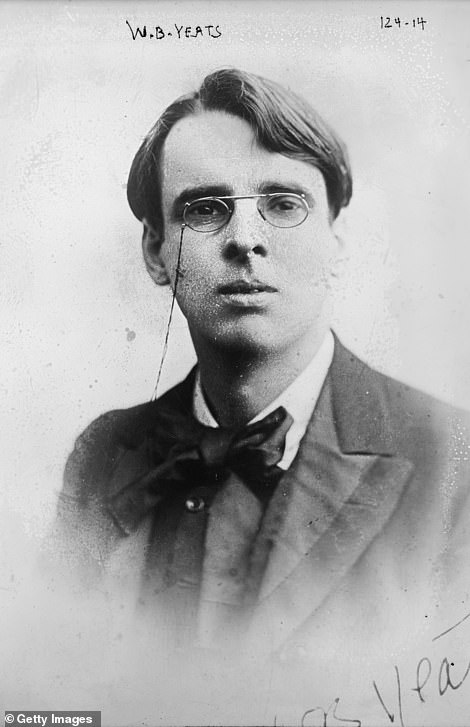 The McDermott clan owned the island up until the 17th century, when it was given to the King family of England under the Cromwellian settlement. Irish poet WB Yeats – who won a Nobel Prize for his work in 1923 – wanted to buy the site in 1899 to turn it into a national heritage site but was refused by the King family

He would swim over to the island to see her, but one day drowned in the lake.

Una Bhan subsequently died of grief and both lovers are said to be buried under an old twisted oak tree on the island.

WB Yeats was famed for his poetry, but was also an essayist and firm believer in the Irish nationalist cause.

His early poetry included themes of love and mysticism while his later works focused on politics and social commentaries.

He was a member of the Irish Republican Brotherhood as a young man but distanced himself from the group as the group staged the Easter Rising in 1916 which would lead to Ireland’s freedom from Great Britain.

In 1922 he was appointed as a senator of the newly founded Irish state.