These extraordinary images show an osprey putting on a dramatic display with its wings outstretched as it grasps a blue coral reef fish in its claws.

The stunning brown and white-feathered bird seems to struggle with the wiggling fish before planting both its sharp talons firmly into its prey.

Keen birdwatcher, Michiel Oversteegen, 50, from the Netherlands, noticed the mighty osprey making a splash while driving alongside Arashi Beach, Aruba, on January 27.

The commercial engineer said: ‘While driving along the shoreline I noticed the Osprey making a splash in the ocean. I quickly parked my car and grabbed my camera. Only later I realised this was the first time I saw an osprey with a coral reef fish.’

Occasionally the osprey may prey on rabbits, hares, amphibians and other small creatures, although fish make up 99 per cent of their diet.

Magnificent photos show the osprey – which also hunts rabbits, small reptiles and other birds – flying away with a blue coral reef fish clutched tightly in its talons 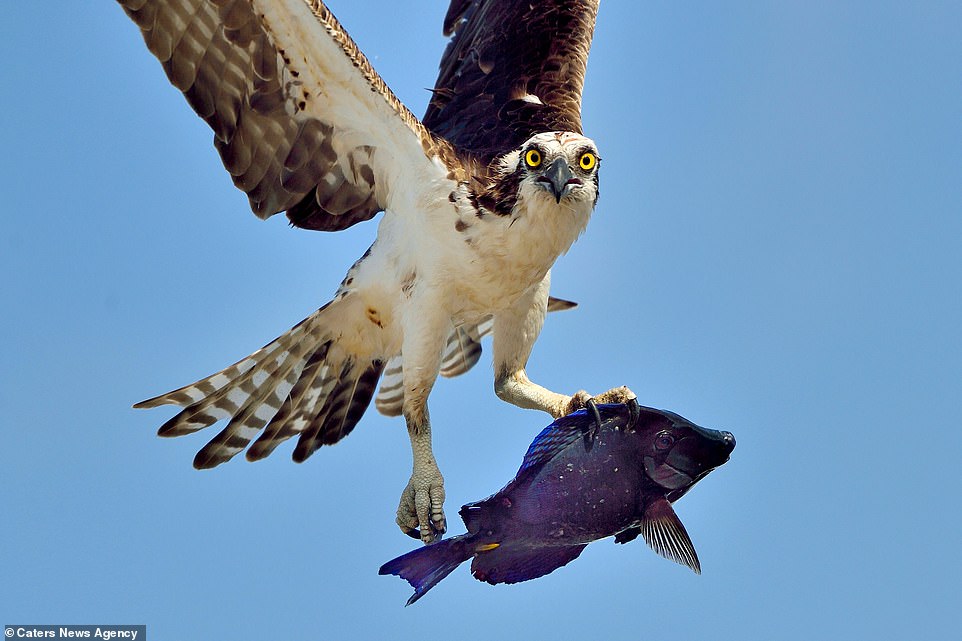 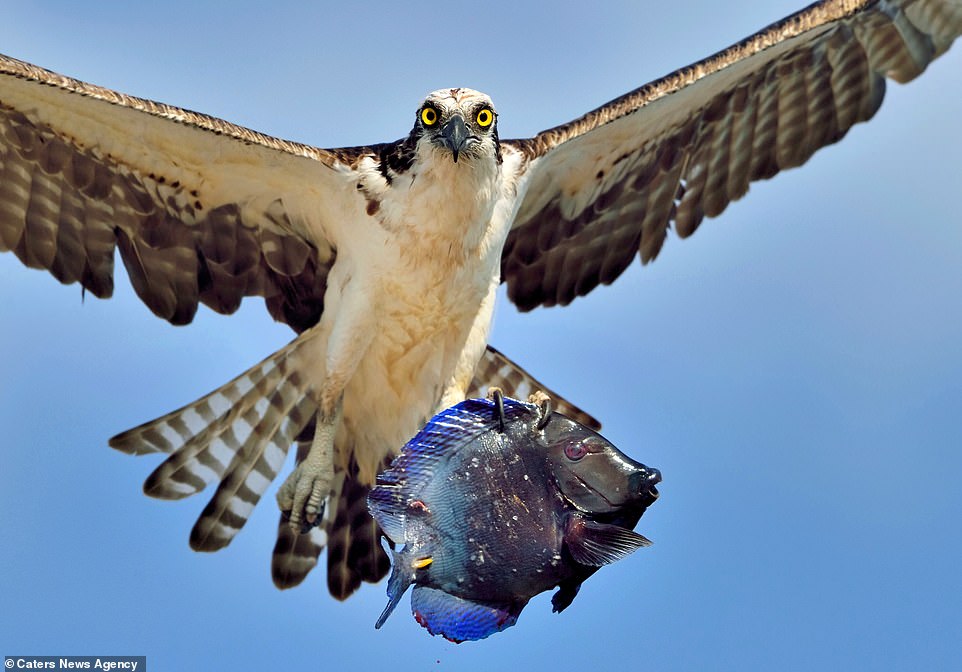 The impressive bird makes a quick exit over the Arashi Beach, Aruba, on January 27, after securing its catch of the day 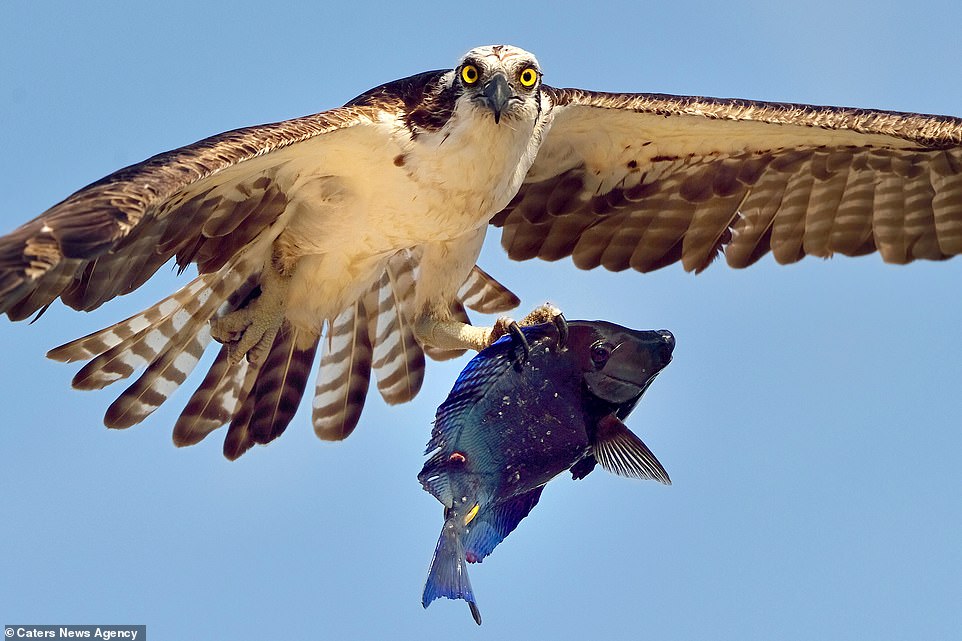 The mighty bird can be seen staring at the camera as it flies away. The rare sight was captured by keen birdwatcher, Michiel Oversteegen, 50, from the Netherlands