They may be the smallest of the big cats, but when it comes to hunting skills, leopards knock spots off the opposition. These dramatic pictures show a female flying from high in a tree to attack unsuspecting impalas below.

The images were captured by Peter Geraerdts at South Luangwa National Park in Zambia.

He said: ‘Around this time of year antelope have to find another source of food, when the grass is stripped, and one source is sausage tree flowers.

I see you! The leopard spots its lunch from about 40ft below (left). She launches herself, plunging with deadly intent (right) 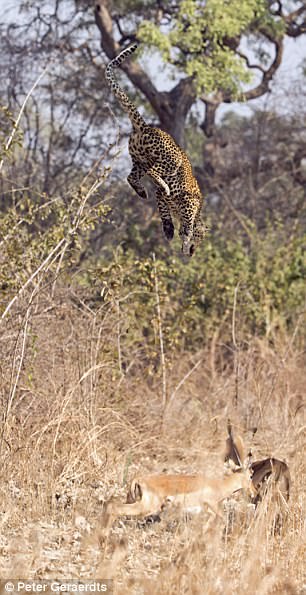 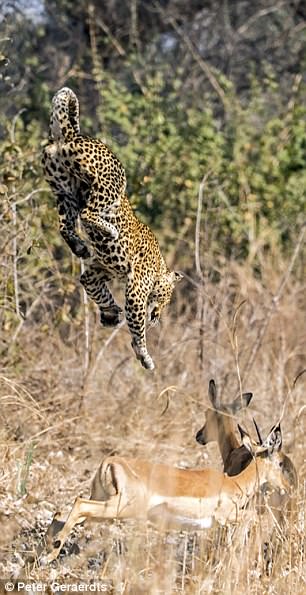 A split second from doom: Tucking in her legs, she gets ready to land on top of her prey (left), but the impala has no idea of its fate

‘Leopards know this, so some of them perch themselves on a high branch and wait for the antelope to come and feed.’

In this instance, two youngsters wandered into the predator’s view.

‘That’s when this one made the decision to make the big jump – flying in the air from 40ft up,’ said Peter.

‘The young male impala was dead within ten seconds.’ 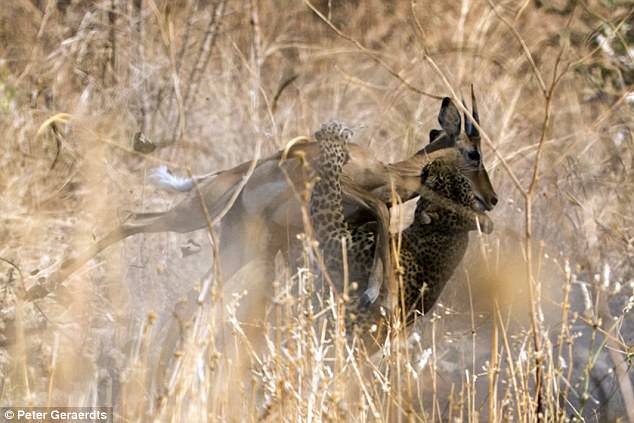 The leopard sinks her fans into the impala’s neck and it is dead within seconds, Peter Geraerdts said