Stunning winning entries to the Travel Photographer of the Year awards

How does YOUR holiday album compare? Stunning winning entries to the Travel Photographer of the Year awards

Is your holiday album hiding an award-winning shot?

Well, it might be worth digging through your pictures as the 2019 international Travel Photographer of the Year awards (TPOTY) is now accepting entries and various eye-catching prizes – including a Northern Lights and whale watching trip – are up for grabs.

If you’re unsure if you’ve got what it takes, scroll down to see some of the jaw-dropping shots from the past 16 years the competition has been running, with a mesmerising shot of a bloody-faced bear in Svalbard and a snap of a cute meerkat in South Africa among the standout shots.

There are various categories in this year’s contest, with themes including ‘culture’, ‘adventures’ and ‘street life’.

There is also a special award for young photographers and one for images shot on a smartphone or tablet.

Offering further inspiration, there are more than 150 photos from Travel Photographer of the Year 2018 on display next to City Hall in London until April 30. 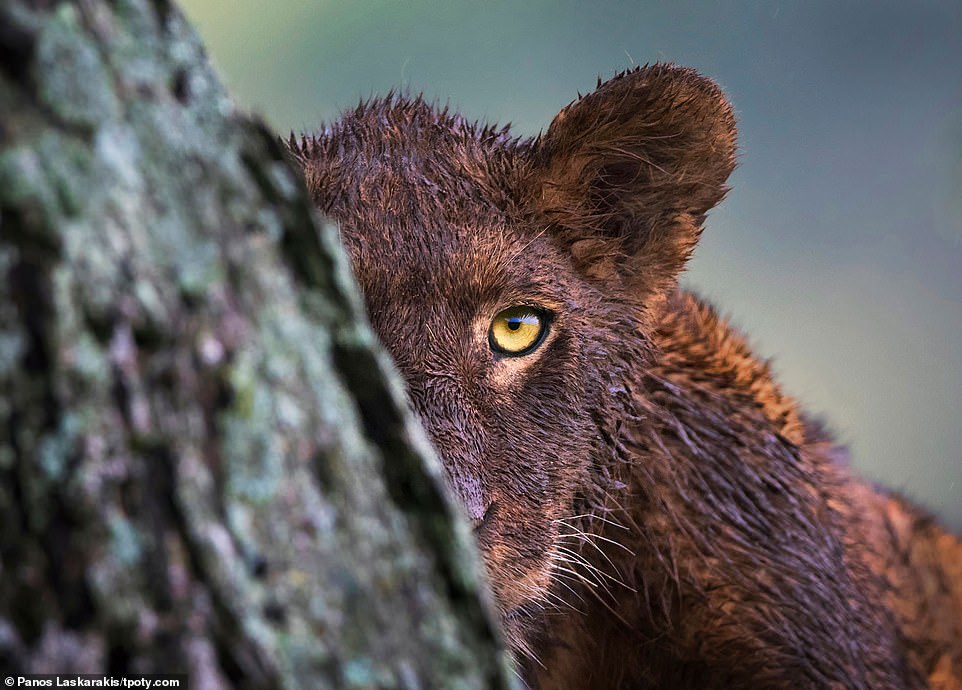 After a delicious zebra lunch in a muddy pothole, a small lion cub plays hide-and-seek behind a tree in Serengeti, Tanzania 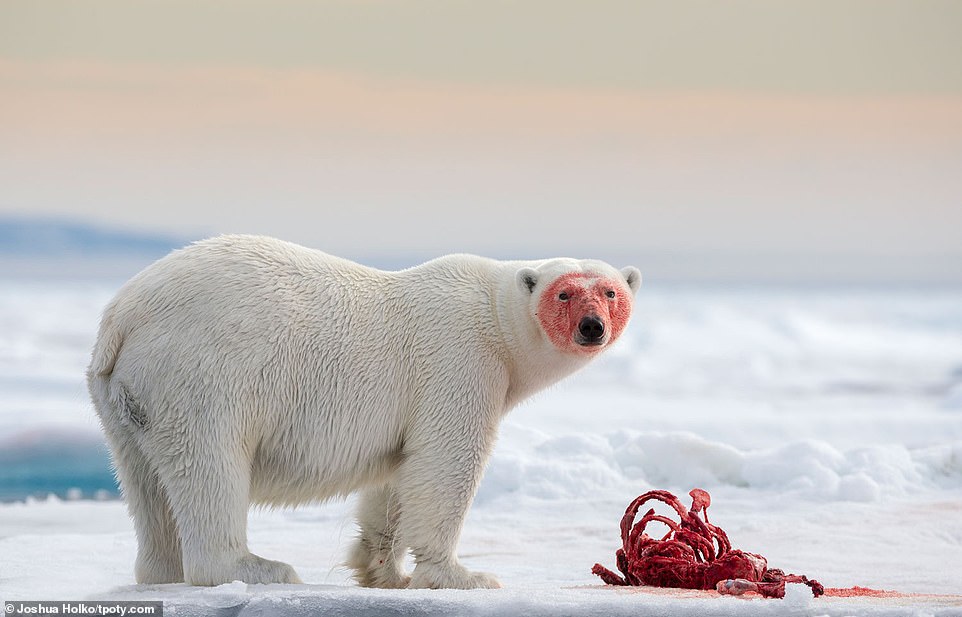 A polar bear looks at the camera with a bloody face after tackling a seal on the ice, 80 degrees north of Svalbard in the Arctic 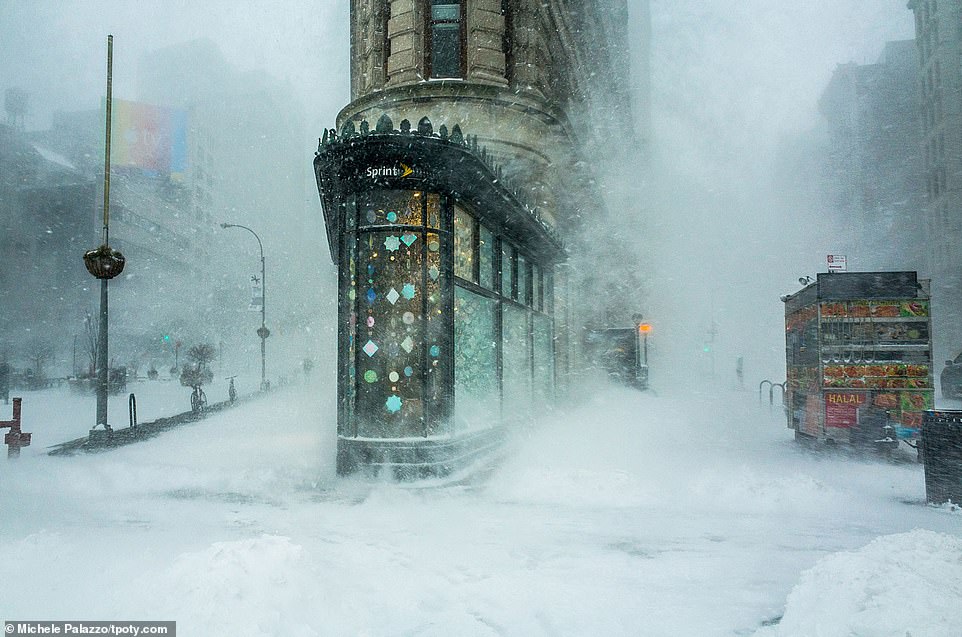 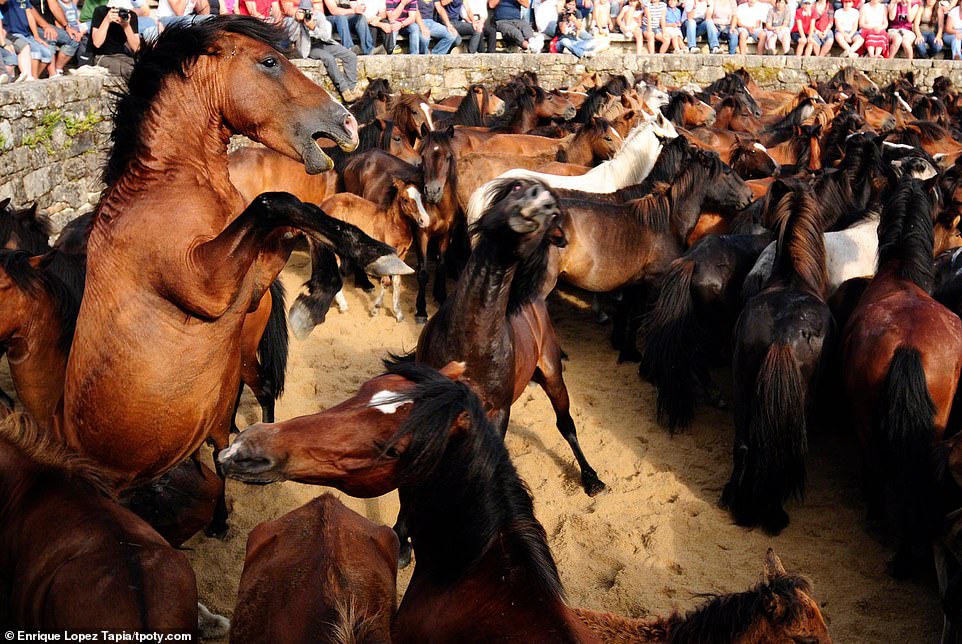 A scene from the Rapa das Bestas festival in Galicia, Spain, where the manes of wild horses are cut in front of spectators 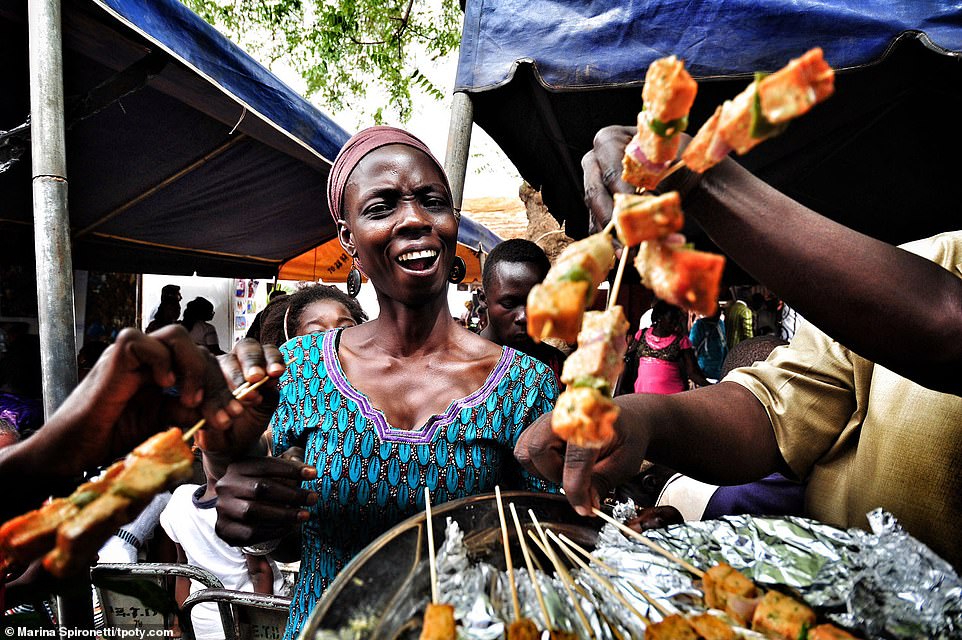 A woman cracks a smile for the camera as she distributes chicken skewers in Burkina Faso. This is one of the area’s most popular foods 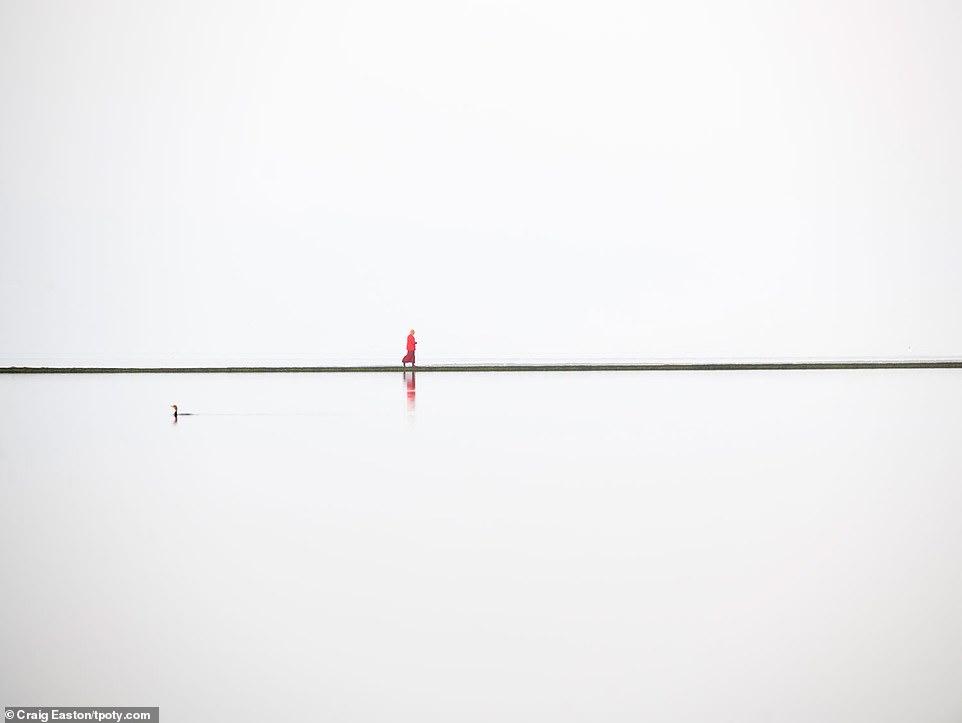 A lone Buddhist monk walks around the boundary wall of the West Kirby Marine Lake in the Wirral, UK 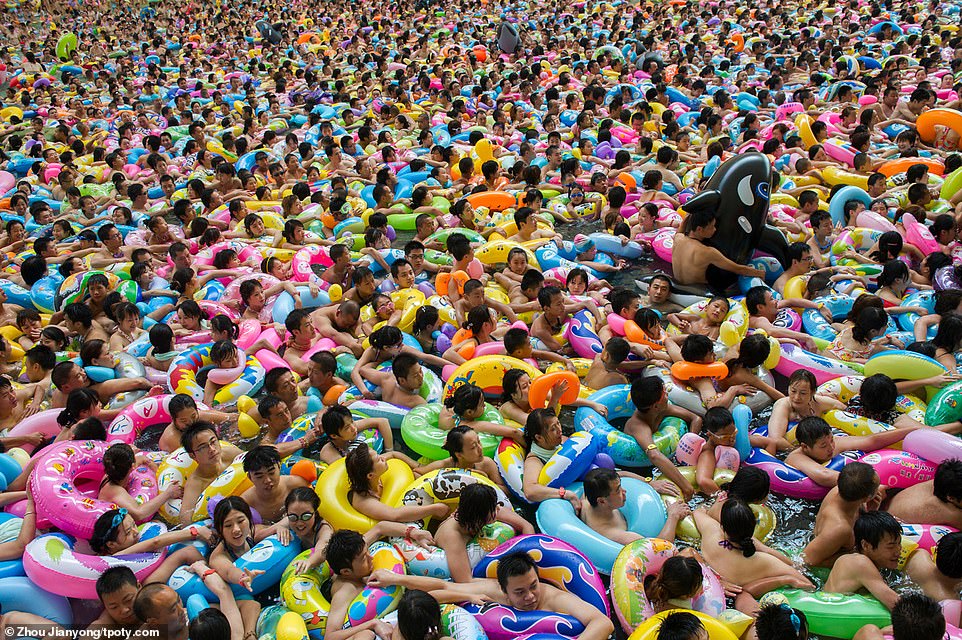 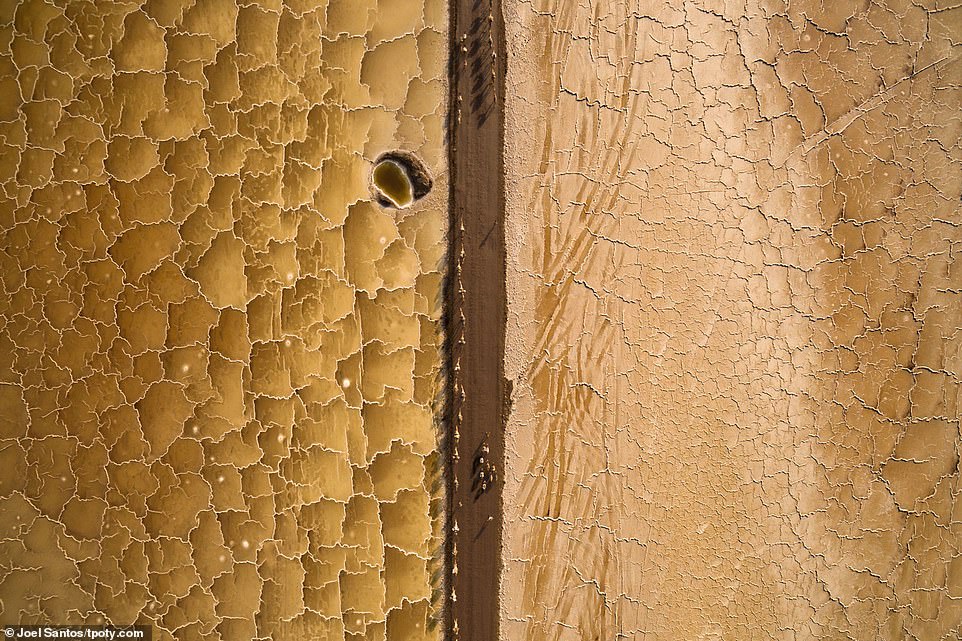 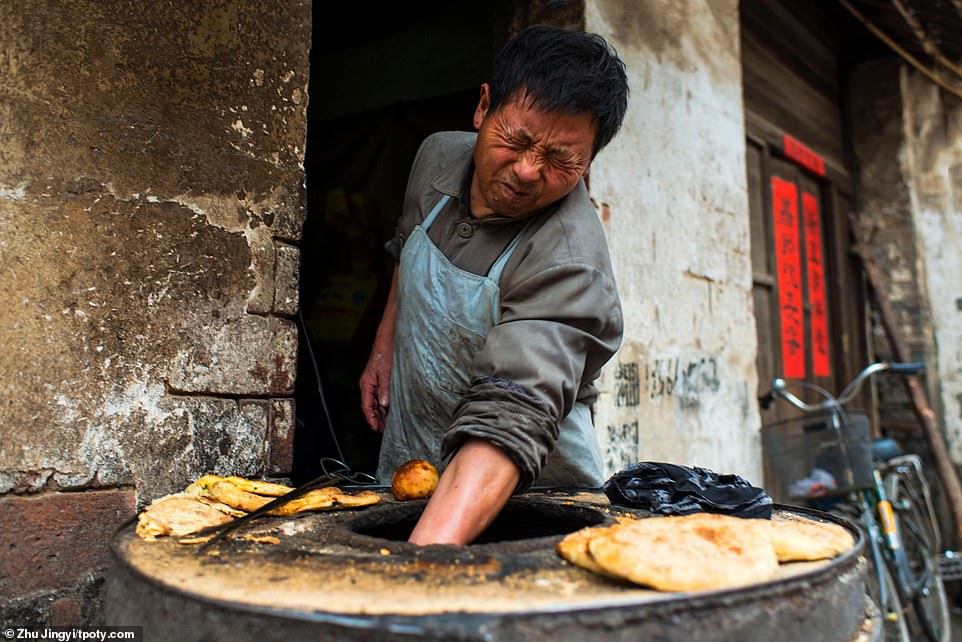 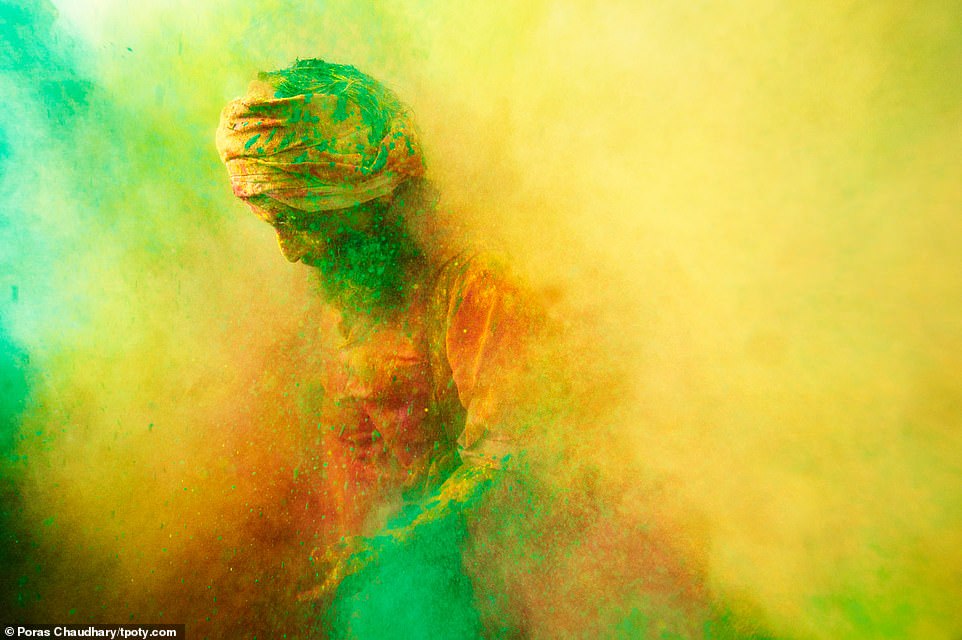 A man wearing a turban emerges from a cloud of colours during the festival of Holi in the sacred city of Mathura in Uttar Pradesh, northern India 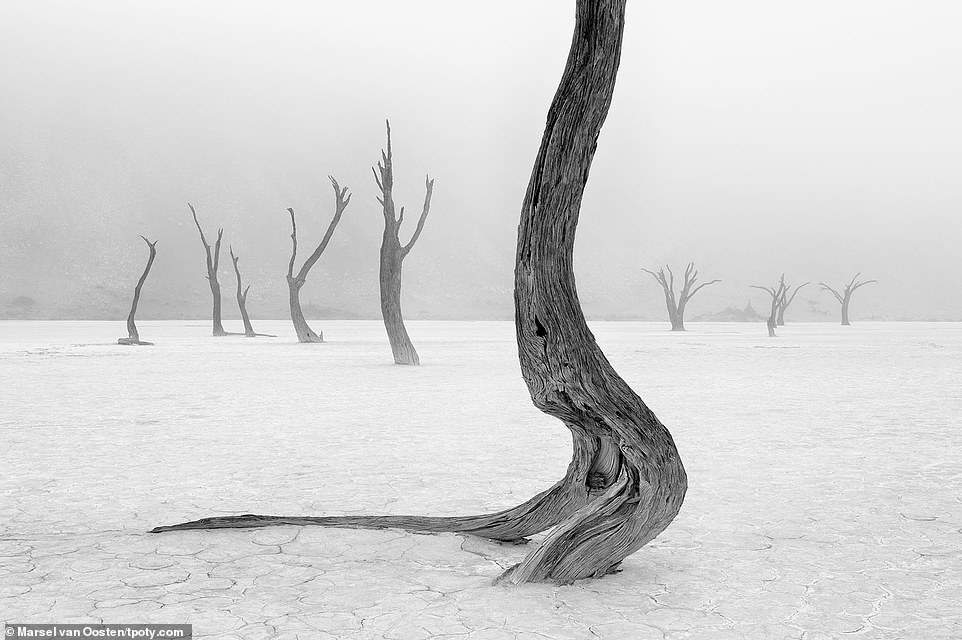 A striking black-and-white shot of the Deadvlei white clay pan located near the famous salt pan of Sossusvlei, inside the Namib-Naukluft Park in Namibia