Plans for a TV showdown on the Brexit deal plunged into chaos today as Nicola Sturgeon demanded a place on the stage – but Theresa May and Jeremy Corbyn insisted they will only do a head to head.

The Prime Minister laid down the gauntlet to the Labour leader as she battles to get her package through the Commons.

Challenging him to a prime time TV debate, she said she would prove: ‘I have got a plan, he hasn’t got a plan’.

But the idea was thrown into doubt when a slew of leaders from smaller political parties said they should also be involved – with the prospect of legal challenges if broadcasters leave them out.

Aides to Mr Corbyn said pointedly that he would ‘relish a head-to-head debate’.

‘I am going to be explaining why I think this deal is the right deal for the UK – and yes, I am ready to debate it with Jeremy Corbyn.

‘Because I have got a plan. He hasn’t got a plan.’ She added: ‘Exactly how it might be done, if he takes it up, would be a matter for the broadcasters to determine.’

Downing Street aides have pencilled in a debate for Sunday 9 December – two days before MPs will vote on the deal.

But there may be a limited television audience as that is the same night as the final of I’m a Celebrity… Get Me Out of Here – which is likely to prove more popular with UK viewers.

Mr Corbyn said he would ‘relish’ the prospect of a debate after being questioned about reports Mrs May had asked for one on Sunday.

Comments from Number Ten yesterday appeared to play down the prospect of a debate, with a source saying: ‘The Prime Minister has just been debating Jeremy Corbyn in the House. I don’t have anything further to add.’

But with the latest comments direct from Mrs May the contest is back on. 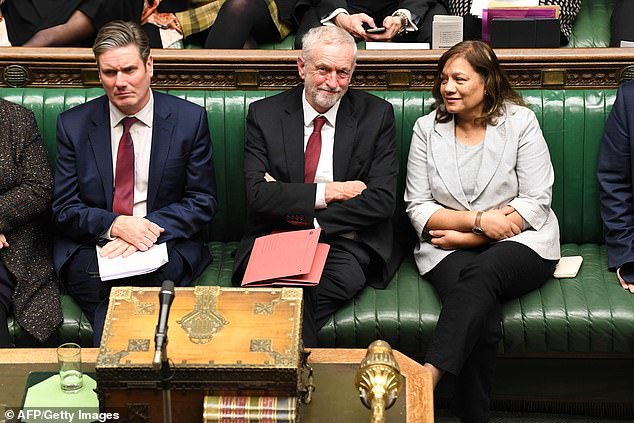 The SNP, the Lib Dems, the Green Party and Plaid Cymru’s insisted they should be involved in any TV clash.

Tory Eurosceptics have also complained about being closed out of the clash. Sir Bernard Jenkin said: ‘Very important point for the BBC here. Corbyn was for Remain, Theresa May was for Remain, the 52 per cent who voted Leave have got to be represented in any debates.

‘It cannot be polarised between a Remain Labour Party and a Remain Prime Minister who has negotiated a Remain Brexit. 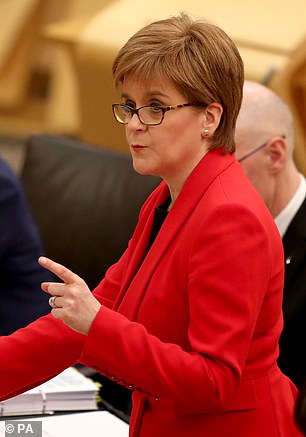 ‘The 52 need to be represented or else it’s not balanced broadcasting.’

Mr Corbyn welcomed the idea. A spokesman for the Labour leader said: ‘Jeremy would relish a head-to-head debate with Theresa May about her botched Brexit deal and the future of our country.

‘It is the result of a miserable failure of negotiation that leaves us with the worst of all worlds. It gives us less say over our future, and puts jobs and living standards at risk. That is why Labour will oppose this in Parliament.’

And Scottish First Minister Nicola Sturgeon tweeted: ‘I can’t speak for Jeremy Corbyn, but I’d be up for a full leaders’ debate on the ‘deal’.

‘So, how about it PM Theresa May?’ Agreeing to a TV debate would be a marked reversal for Mrs May, who refused to take part in head-to-head appearances during last year’s election campaign.

She was savaged by other party leaders for dodging a debate during the election where the Tories were represented by Amber Rudd.

Green MP Caroline Lucas also demanded she be included in any debate as should representatives from Scotland, Wales and Northern Ireland.

‘For this conversation about our collective future to have any semblance of democracy, it must represent the views of everyone.

‘That means it must be cross-party, featuring a diverse range of voices representing every nation, as well as every stance on this deal and our relationship with the EU – not just the Government and an opposition party who are falling far short of actually opposing the Prime Minister’s approach.

‘I stand ready to debate with all other parties, and make the case that a People’s Vote is now the only democratic way forward.’