Submerged Italian town could be about to re-emerge from lake

A 12th century Italian village that was submerged beneath the surface of a lake could be about to reemerge for the first time in 26 years.

Fabbriche di Careggine, in Tuscany, sits underneath the waters of Lake Vagli – an artificial lake that was created in 1946 after the construction of a nearby dam.

The ruined village – complete with houses, a bridge and a church – only emerges when the lake is drained so that maintenance can be carried out on the dam, with the last time it happened being in 1994.

Fabbriche di Careggine, in Tuscany (pictured), was built in the 12th century but submerged in 1946 after the area was flooded to build a nearby dam – creating Lake Vagli in the process 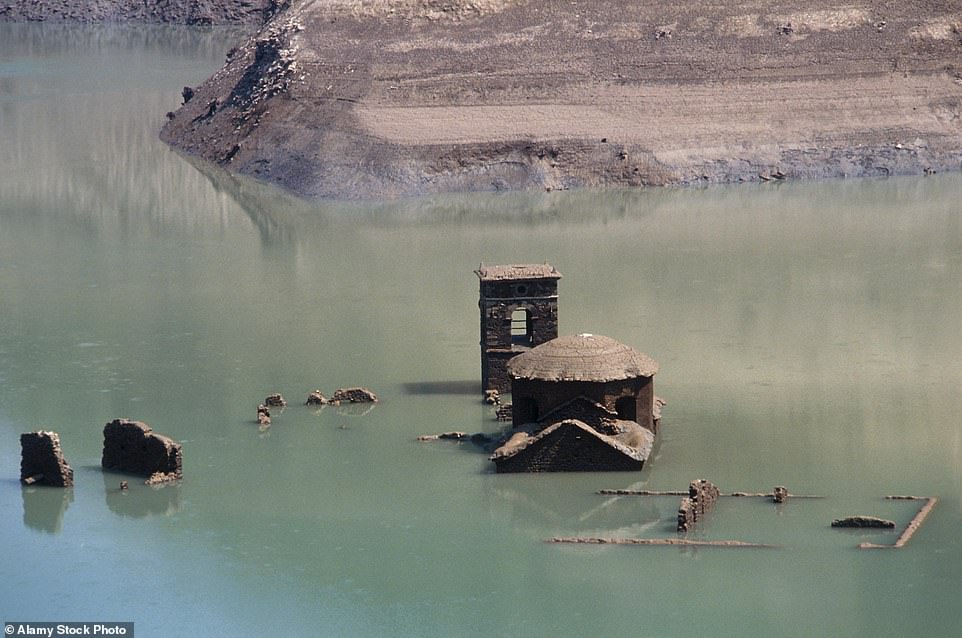 The town – complete with houses, a bridge and a church – now only reveals itself when the lake is drained in order to repai the dam, with the last occasion coming in 1994 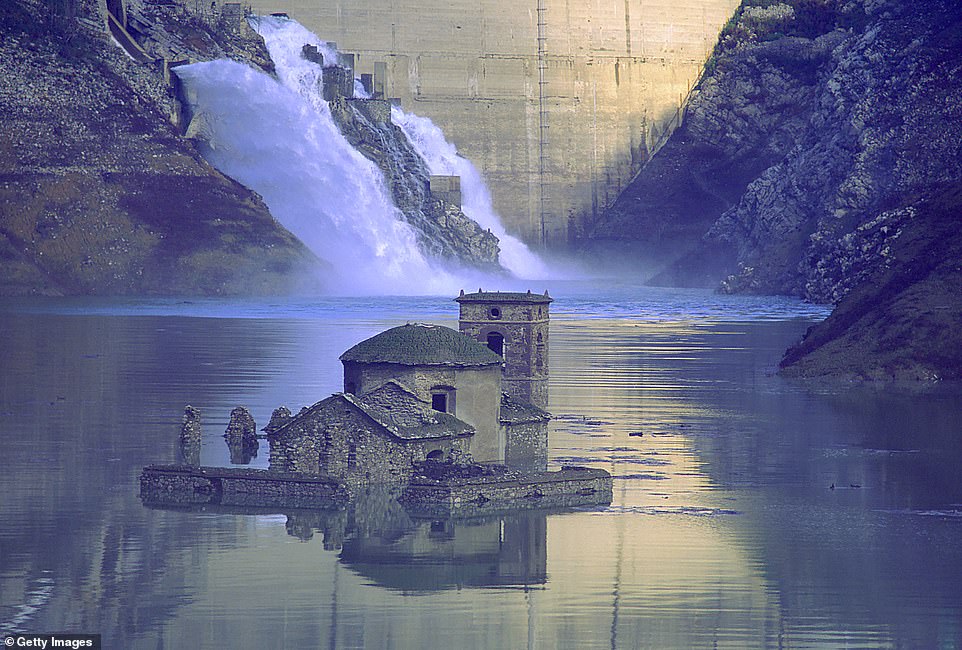 Lorenza Giorgi, daughter of the mayor who last drained the lake, now claims that ‘sources’ have told her the lake will be drained again next year and that people will be allowed to visit

But Lorenza Giorgi, daughter of former mayor Ilio Domenico Giorgi who was in office the last time the lake was lowered, now claims to have learned from ‘reliable sources’ that it will happen again next year. 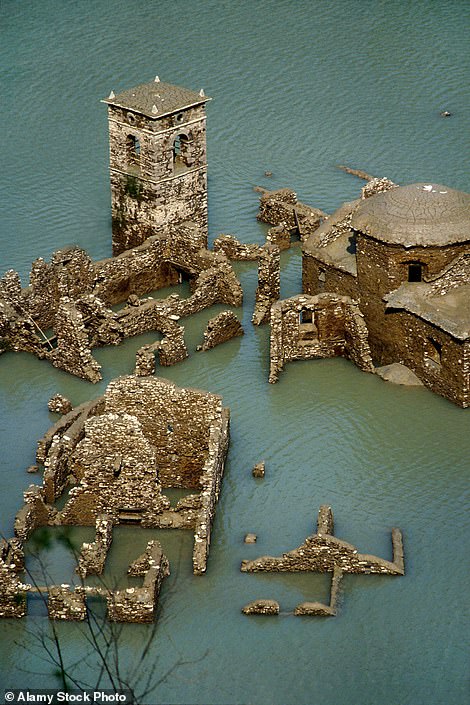 The old town (pictured) was home several hundred people, who were moved to the new village of Vagli Sotto when the lake was created

The move could help to restart tourism, which has been hard-hit by coronavirus lockdowns in Europe, because the site can be visited once the waters have gone.

A million people are said to have visited the town the last time the lake was drained. It has happened only three times before that: In 1958, 1974 and 1983.

Writing on Facebook, Giorgi said: ‘I inform you that from certain sources I know that next year, in 2021, Lake Vagli will be emptied.

‘The last time it was emptied in 1994 when my father was mayor. Thanks to his commitment and to many initiatives [we] managed to welcome more than a million people in one summer.

‘I hope that next year, with the past experience of which everyone has a beautiful memory and with the help of social networks, we will be able to repeat and overcome the great success.

‘I’ll keep you posted when I know the exact dates.’

According to her social media profile, Giorgi was born in Vagli di Sotto, the village where residents of Fabbriche were moved after their homes were submerged.

Those homes now sit underneath 34million cubic meters of water which is used to power the surrounding towns.

ENEL, the company which owns the dam, has yet to comment on plans to drain the lake. 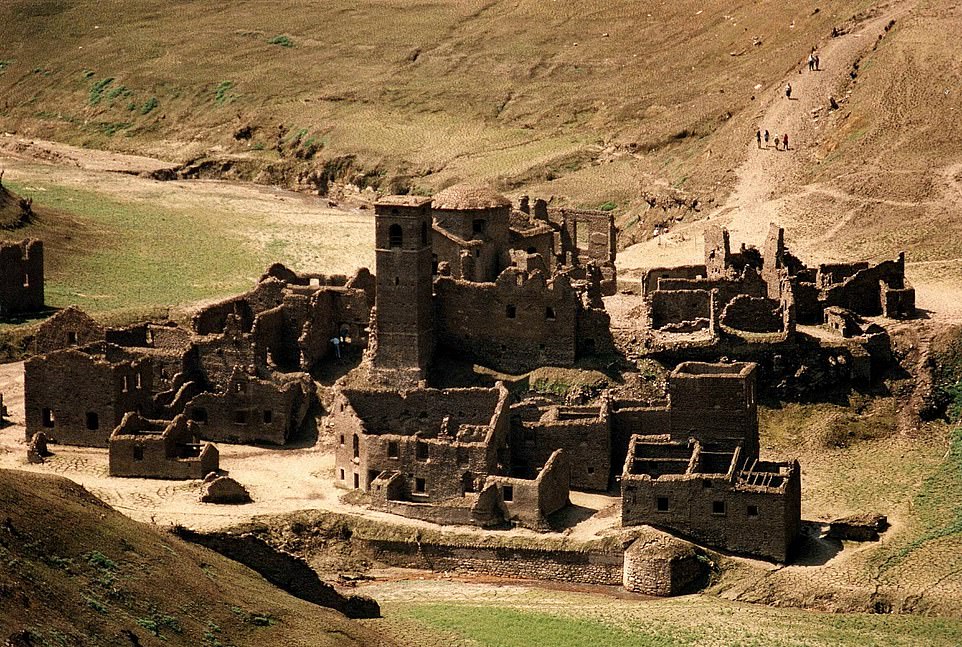 The last time Fabbriche di Careggine was revealed in its entirety it was turned into a tourist destination, attracting 1million visitors before the lake was refilled (pictured) 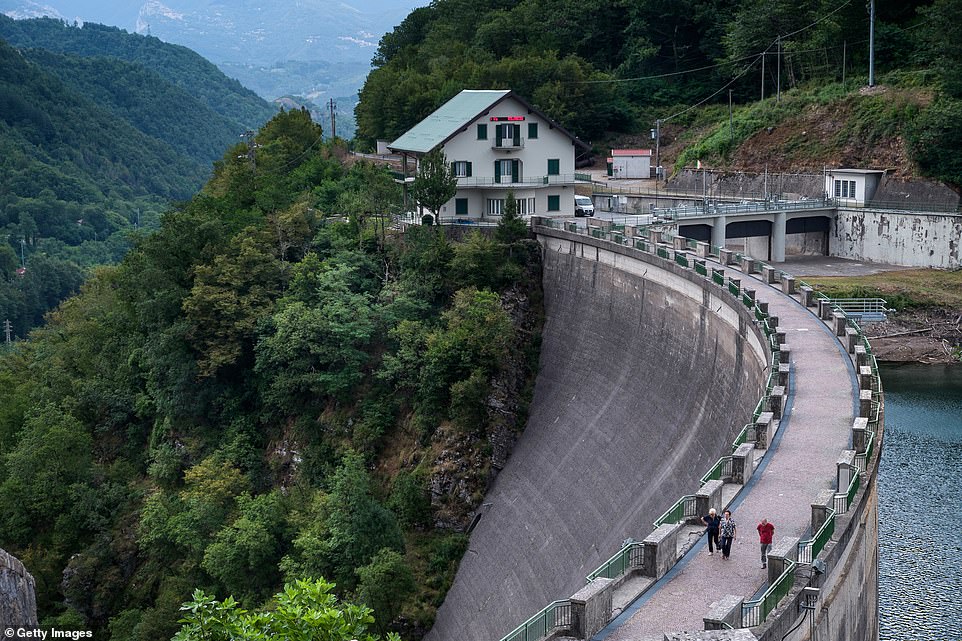 The Vagli dam, located at one end of the artificial lake, provides power for nearby homes and cities