A U.S. federal appeals court on Friday threw out a class-action settlement intended to resolve claims that the Subway sandwich chain deceived customers by selling ‘Footlong’ subs that were less than a foot long.

The 7th U.S. Circuit Court of Appeals in Chicago called the settlement ‘utterly worthless,’ even as it rewarded the customers’ lawyers for convincing Subway it was better to make the case go away than fight.

‘A class action that seeks only worthless benefits for the class and yields only fees for class counsel is no better than a racket and should be dismissed out of hand,’ Circuit Judge Diane Sykes wrote for a three-judge panel. ‘That’s an apt description of this case.’

In January 2013 Australian Matt Corby posted this picture of a Subway sandwich on Facebook with a ruler on top showing the sandwich barely stretched 11 inches. The photo went viral and led to a class-action lawsuit

Subway has more than 44,000 locations worldwide, and is operated by Doctor’s Associates Inc. The company and its lawyers did not immediately respond to requests for comment.

Lawyers at DeNittis Osefchen and Zimmerman Law Offices, which represented the customers, did not immediately respond to similar requests.

The litigation began after Australian teenager Matt Corby in January 2013 posted a Facebook photo showing a Footlong sandwich he bought was only 11 inches long, not 12.

A settlement approved by a Wisconsin federal judge in February 2016 required Subway to adopt quality control measures, consistent with ‘the realities of baking bread’, to ensure that its six- and 12-inch sandwiches were that length. 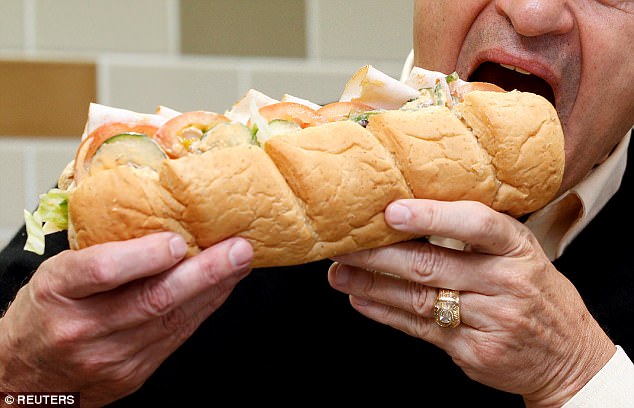 Subway has more than 44,000 locations worldwide, and is operated by Doctor’s Associates Inc 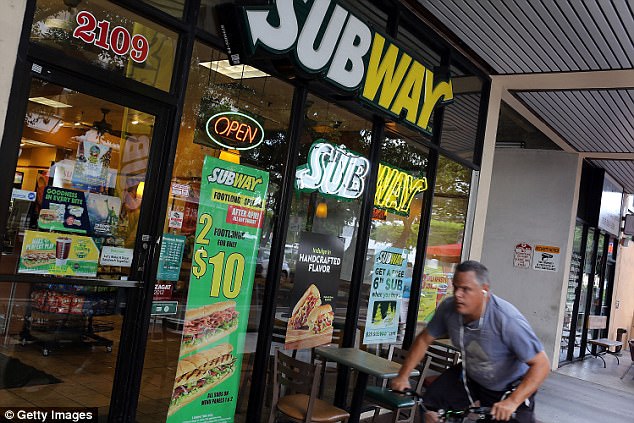 The 7th U.S. Circuit Court of Appeals in Chicago called the settlement ‘utterly worthless’. A Subway branch is pictured above

Subway has acknowledged that the ‘media frenzy’ helped drive its decision to settle.

But Sykes noted that ‘short’ sandwiches contained no less food by weight, and that even now some sandwiches might be shorter than advertised.

‘The settlement acknowledges as much when it says that uniformity in bread length is impossible due to the natural variability of the bread-baking process,’ Sykes wrote.

‘Contempt as a remedy to enforce a worthless settlement is itself worthless,’ she added. ‘Zero plus zero equals zero.’

The 7th Circuit has jurisdiction in Illinois, Indiana and Wisconsin. Frank said he hoped courts elsewhere will apply its lessons.

‘This is exactly the opinion we were hoping for,’ Frank said in an interview. ‘It affirms the principle that when attorneys bring class actions to benefit only themselves, it’s an abuse of the system, and courts should not tolerate it.’