Simon became the ‘funny guy’ to hide his heartbreak after the death of his parents. But after suffering a health scare of his own, it was his loyal friends and his Leader, Alice, who helped put him back together.

The fact I was overweight – vastly overweight – first hit home in my early 20s. I was already buying XL shirts, but by then, I couldn’t do up the buttons. I’d always liked my food, but when my mum died of ovarian cancer when I was just 15, it was devastating, like the heart had been ripped from our family. Cooking was my dad’s way of providing comfort for me and my older sister, Sarah. 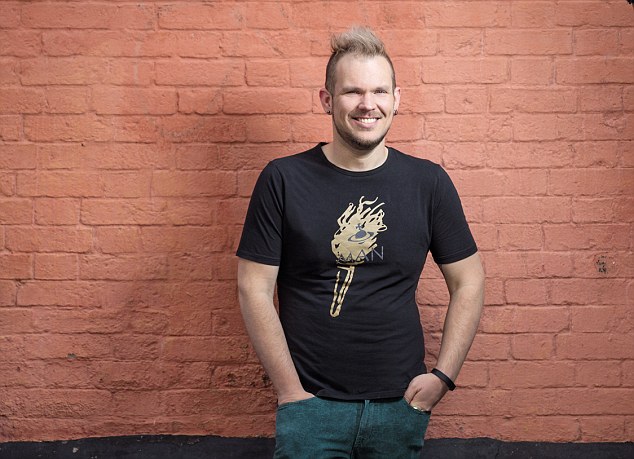 Steadily the weight piled on, but when I couldn’t squeeze into that XL shirt. I was mortified. Soon after, I joined Weight Watchers for the first time. I lost 1st 7lb, only to promptly pile it back on again. I never believed I could be slim – I told myself I came from a big family, and I wasn’t very ‘good’ at diets. Instead of facing the issue head on, I overcompensated, making sure I was the funny guy at the party, joking about my weight before other people could.

Then, in 2009, my dad died of cancer after a three-year battle. I was so grief-stricken that my weight was the last thing on my mind. Eventually, I started going to Weight Watchers meetings again with my friend Natasha. This time, when I stepped on the scales they read 20st 8lb, the largest I’d ever been. I was horrified – but I still left the meeting and had a KFC bargain bucket. Then, five weeks in, I was at a routine doctor’s appointment, where I was told that I was at serious risk of developing type 2 diabetes. It was a horrible shock – part of me felt like I’d had my full share of bad luck for one lifetime, and I was invincible. Now I had to take action.

If I was to have any chance of succeeding, I needed the support of the people closest to me. My sister, Sarah, and Laura, my best friend since primary school, gave me reassurance – Sarah would give me pep talks when I was feeling overwhelmed. I’d often pop in to see my friend Deb on my way home from work. Once I was back in the habit of going to meetings, she told me to bring my Weight Watchers cookbooks and she would get my evening meal ready. Another friend, Charlotte, was the celebrator, the one who would make a fuss as I nudged nearer my goal. From the start, they were all fantastic. If we went out, they got me to choose where I felt comfortable. If we stayed in, they would make sure I wasn’t reaching for the snacks.

My Leader, Alice, was also amazing. After I’d lost 3st, I became complacent, then frustrated when my weight plateaued. It was Alice who gently got me to hold up a mirror in front of myself and see the mistakes I was making, and accept that I was no longer being honest with myself about what I was eating. We’ve now become good friends.