A father was wrongly accused of abusing his baby daughter when he took her to hospital with a rash on her leg which doctors suspected was a burn.

Worried Kevin Gardiner, 31, of Ridgewell, Suffolk, sought medical attention for one-year-old Amara when he spotted the bright red mark on her left thigh.

But doctors immediately called in social services and police, who quizzed him on suspicion of hurting the tot.

Due to the accusations, Mr Gardiner was separated from Amara, his newborn baby daughter Genevieve and his partner Jasmine Yates for over a week.

Kevin Gardiner, right, was wrongly accused of abusing his baby daughter Amara, left, when he took her to hospital with a rash on her leg

He said: ‘It was heartbreaking. I obviously felt like my life had been taken away from me when I hadn’t done anything and I was being punished.

‘All we were trying to do was the right thing and then I ended up being accused of hurting.

‘I couldn’t focus or think straight, I didn’t know if my family were being taken away and I might never see them again.

‘I couldn’t sleep or eat. When I did sleep I didn’t want to wake up. I felt so run down, I kept having breakdowns all the time and it left me feeling suicidal.’

Mr Gardiner and Ms Yates, 20, first noticed the rash while changing Amara’s nappy at their home on June 29.

She displayed no other symptoms of being unwell and so the couple asked their health visitor, who came to their home moments later, what it could be. 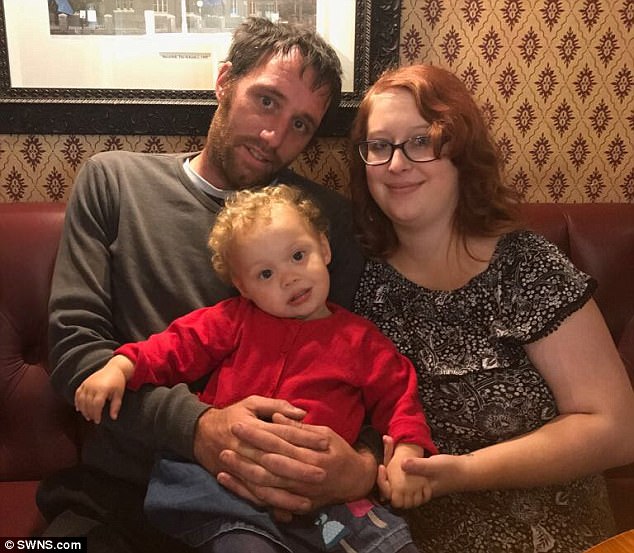 Mr Gardiner pictured with Amara and his partner Jasmin Yates. Doctors were concerned that the mark on the toddler’s leg was sinister

They were told to make an appointment with their local GP who sent them to West Suffolk Hospital the same day.

Despite a skin specialist being called in to examine Amara’s leg, doctors were adamant the mark was sinister and called the authorities.

Full time mother Ms Yates  said: ‘As soon as we turned up at the hospital, we could feel them suspecting us of doing something to Amara.

‘They were watching our every move and did nothing to reassure us that she wasn’t seriously ill.

‘It was like they weren’t considering it could be anything else, other than us abusing our child.

‘They started asking us if she had been in any accidents or if anything had rubbed against her leg and before we knew it the police and social services turned up.’ 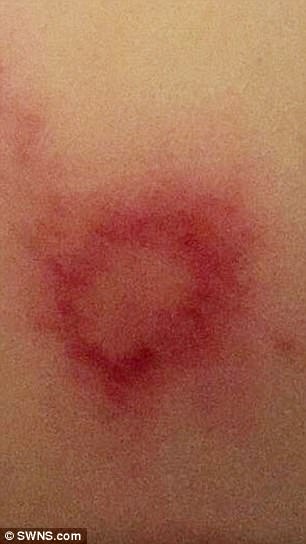 The rash on Amara Yates’s thigh

Doctors also demanded that the couple’s four-month-old daughter Genevieve was brought in for examination.

Ms Yates was then told to take the girls to stay with her mother – while police threatened Mr Gardiner with arrest if he made contact with them.

He was not allowed to say goodbye to his family, and forced to go and stay with relatives.

Ms Yates said: ‘After the hospital said it was a burn they said we had to stay the night, I could stay with Amara but Kevin was told he had to go home and that he would have to come back in the morning with our 10-day-old daughter so she could be checked over.

‘It was so upsetting. We just wanted our family together and to enjoy time with Amara and our new baby.

‘Social services kept turning up to check on the girls. They were really checking up on me and making sure Kevin hadn’t been in touch.

‘It was so distressing for Amara because she didn’t know why she couldn’t see her daddy. They’re so close and it really affected her.’

After a week, the hospital rang to confirm the mark on Amara’s leg was actually a fungal skin infection.

Mr Gardiner, a council worker, was then allowed to return to his family on July 10, but the couple say they are yet to receive any apology from the hospital or social services.

He said: ‘I was just over the moon I thought I might never see them again.’

But Ms Yates added: ‘They should have run the tests before jumping to that conclusion.

‘I’m so wary now to take her to the doctors. What if I was taking her in for something else and they started all this up again?’

Rowan Procter, executive chief nurse at West Suffolk NHS Foundation Trust, said: ‘We are sorry to hear of the distress Ms Yates and her family are feeling, and would encourage Ms Yates to log any concerns formally with our patient experience team. 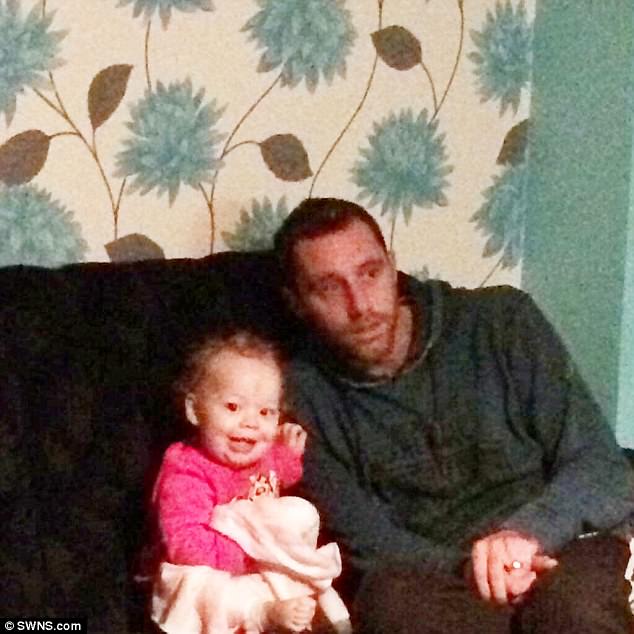 ‘The protection of children is of utmost importance to the trust, and we have rigorous processes in place to ensure potentially vulnerable children are safeguarded from harm.

‘Whilst we cannot disclose details about any incident such as this, we apologise for any unnecessary stress that may have been caused.’

The family say social services carried on visiting them until last week, but they were given no explanation for their continued involvement.

Kevin added: ‘Neither of us have even been in trouble before or given them any reason to think we might harm either of our girls.

‘We love them to pieces and couldn’t and wouldn’t do anything to hurt them.

‘I feel like they’ve been out to get me from the start. It’s been the worst time of my life.

‘All I wanted was to protect with my little girls. Social services are the ones causing the harm, not me.’

‘This is particularly important when we receive any referral from a specialist consultant within a local health authority.

‘We discussed the situation with the family at the time who understood that we were following our statutory duties and we concluded our involvement when we received further information from the health authority following their initial diagnosis.’