Suge Knight has claimed that rapper Tupac Shakur talked about faking his own death shortly before he was gunned down in 1996.

The revelation was made by ex-Death Row Records CEO Marion ‘Suge’ Knight in an interview with filmmaker Antoine Fuqua, which aired during Showtime’s recently released documentary American Dream/American Knightmare.

Knight gave the interview sometime between December 2011 and November 2012. He is currently serving a 28-year prison sentence for voluntary manslaughter, after pleading no contest to charges in September, stemming from a fatal 2015 hit and run.

Marion ‘Suge’ Knight (pictured in 2011/2012) made the claim during an interview in Showtime’s recently released documentary, American Dream/American Knightmare 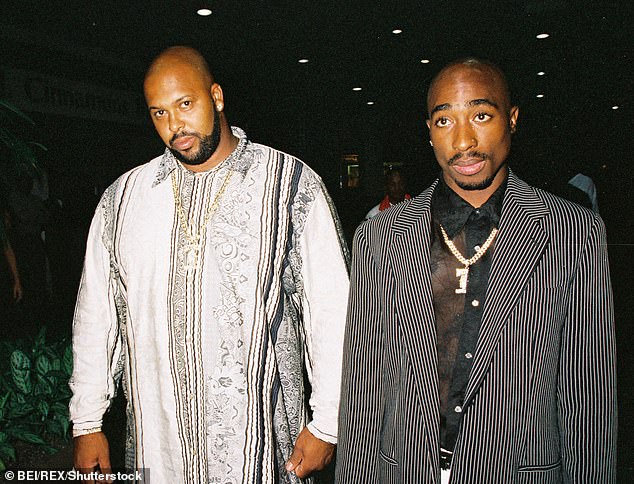 Knight said that he and slain rapper Tupac Shakur were in Maui when Shakur talked about faking his own death and later being excited about shooting a music video in which he is gunned down and then goes to heaven. Knight and Shakur are seen here in April 1996

In the documentary, Knight recounted a conversation he had with Shakur while they were in Maui, not long after Knight posted Shakur’s $1.4million bail in October 1995.

‘We was in Maui, you know what I mean, and Pac had, like, never been to Maui,’ Knight said in the documentary, according to the Daily Beast.

‘And he get to talking about faking his own death. And Pac was more down for doing, like, the… the… the last little videos and shit of him dying all in the white, you know what I’m sayin’, with Redd Foxx and everybody like that.’ 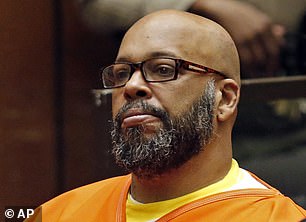 Knight recorded the interviews in 2011 and 2012. He is currently serving a 28-year sentence for voluntary manslaughter. Knight is pictured here in 2015

The videos Knight was referring to appears to have been the music video for Shakur’s track, I Ain’t Mad At Cha, in which Shakur is depicted being shot by a hooded figure and going to heaven.

The video was filmed in May 1996, four months before Shakur was killed in a drive-by shooting in Las Vegas.

Knight also said that Shakur behaved unusually when working on the music video.

‘He was cussin’ everybody out. With this particular video, he was like, man, what’s up, right?’ Knight said.

‘And I felt like, he talkin’ about this s**t, and our dreams and our future is built together because we plannin’ on doing, so if you talkin’ about not bein’ here, losing your life, and doin’ all these muthaf****n’ videos where you dead and s**t, I’m like, s**t… if somethin’ really happen to you, n***a, I ain’t gonna be that muthaf***a there with tears in my muthaf****n’ eyes, I’m gonna be that muthaf***a like, s**t, still pushin’ for you.’ 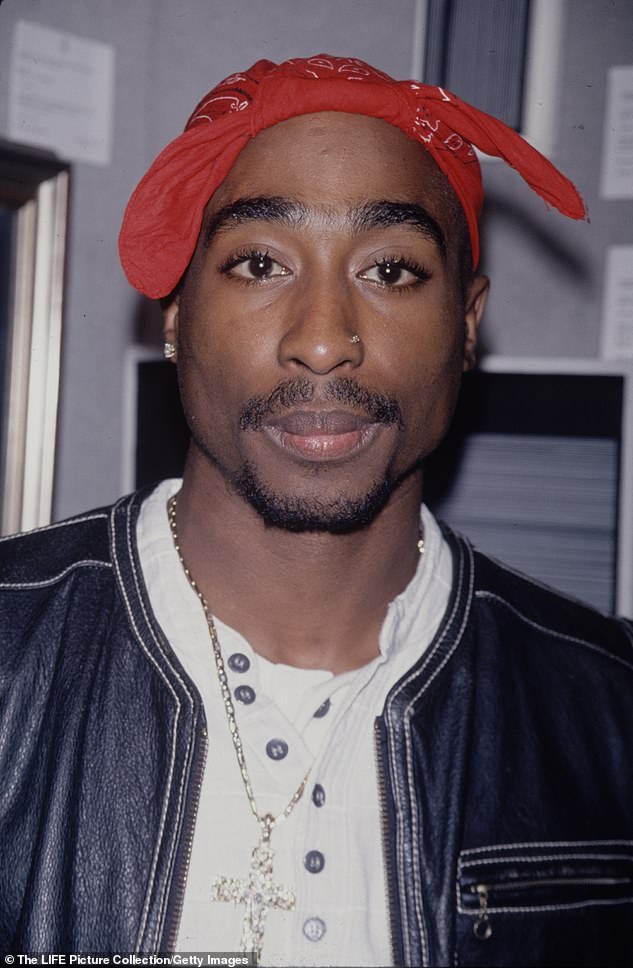 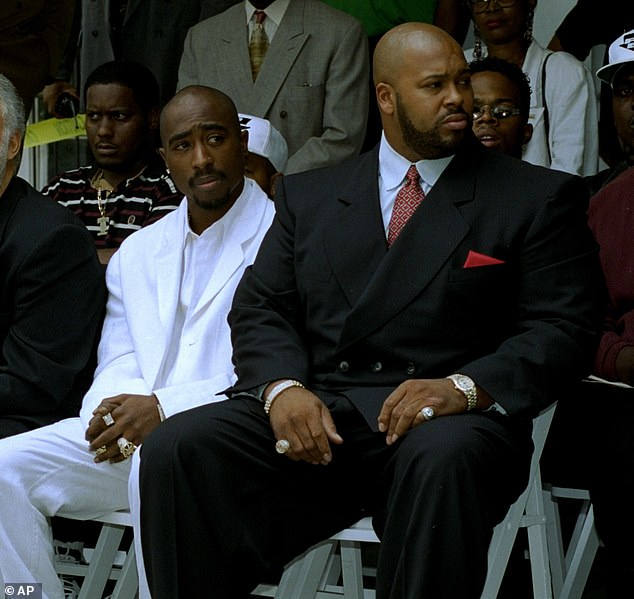 Knight (right) also recounted the moments before and after Shakur was fatally shot during a drive-by shooting in Las Vegas in September 1996. They are seen here in August 1996

Knight’s claims that Shakur talked about faking his death could be seen as dovetailing with a popular conspiracy theory that ‘Tupac is still alive,’ which has prompted numerous alleged sightings of the rapper known as 2Pac around the world.

Knight’s own son claimed in October that Shakur is, in fact, still alive and living in Malaysia.

Meanwhile, during a 2017 interview for the investigative documentary, Who Shot Biggie and Tupac?, when Knight was asked if Shakur could still be alive and living in hiding somewhere, he said, ‘With Pac you never know.’

The American Dream/American Knightmare documentary also features scenes in which Knight drives down the Las Vegas strip, recreating the route that he and Shakur took when Shakur was fatally shot.

Knight recalled the aftermath of the shooting that occurred on the night of September 7, 1996, when a Cadillac pulled up alongside Knight’s BMW beside their vehicle and fired several shots into the car, four of which hit Shakur. Knight was hit by fragmentation as he tried to shield Shakur.

‘That’s when we got jacked up by the police. They wanted to search us and shit,’ Knight said, adding that when the ambulance arrived, Shakur was in good spirits and joking around about people not knowing how to release the BMW’s seatbelt.

‘Pac was cool, laughing. He said, ‘Man, you can tell you all is some broke muthaf***s, you don’t know how to take them expensive seatbelts off. If muthaf***a was in a Honda, you’d have had me out the car already,’ Knight said.

‘When we was both goin’ to the hospital, we laughed and joked the whole way. He looked at me, and he was like, “Man… sweaty head, you need to be at the hospital faster than me, n***a, you bleedin’ out your head and s**t. How can you see with blood out your eyes?”‘

Shakur died from internal bleeding at the hospital on September 13, 1996.

During the Las Vegas strip drive, Knight seemed to deny rumors that he had been involved in Shakur’s death.

‘What kind of man gonna turn around and say, “Hey, shoot him and shoot me in the head too when I cover him up,”‘ Knight said. ‘Not only did I lose the idea of a friend you can have, or a little brother you can have, Pac was one of those incredible artists that I know for a fact he worked way more alive than dead.’

Knight can then be seen opening the stopped car’s door and vomiting onto the street.