Suicidal decorator, 28, killed himself near spot his mother’s ashes had been scattered

Sam Pringle, 28, had just made a serious attempt at suicide but despite being admitted to a psychiatric unit for a week, officials mistakenly said he ‘did not meet the criteria’ for a further assessment

A suicidal man killed himself near the spot his mother’s ashes had been scattered just five weeks after he was sent home from hospital by NHS mental health experts who deemed him ‘low risk,’ an inquest heard.

Sam Pringle, 28, had just made an attempt at suicide but despite being admitted to a psychiatric unit for a week, officials mistakenly said he ‘did not meet the criteria’ for a further assessment.

Just weeks after being discharged from hospital, Mr Pringle, a painter and decorator was reported missing after telling his family he was buying a roof rack for his 4×4 car.

Police subsequently found his body in stables near the Alexandra Hospital at Cheadle, Greater Manchester close to where his late mother’s ashes had been scattered.

A rejection letter from Pennine Care Mental health services in Stockport subsequently arrived at Mr Pringle’s home after he passed away on November 3 last year and was opened by his grieving father Kevin.

At the inquest in Stockport, his father accused doctors and health officials of ‘failing’ his son as a coroner said he would file a report calling for improvements in mental health services.

It emerged there had also been a possible delay in giving Mr Pringle the powerful mood stabilising medication lithium as two doctors disagreed over who should prescribe it due to safety fears. 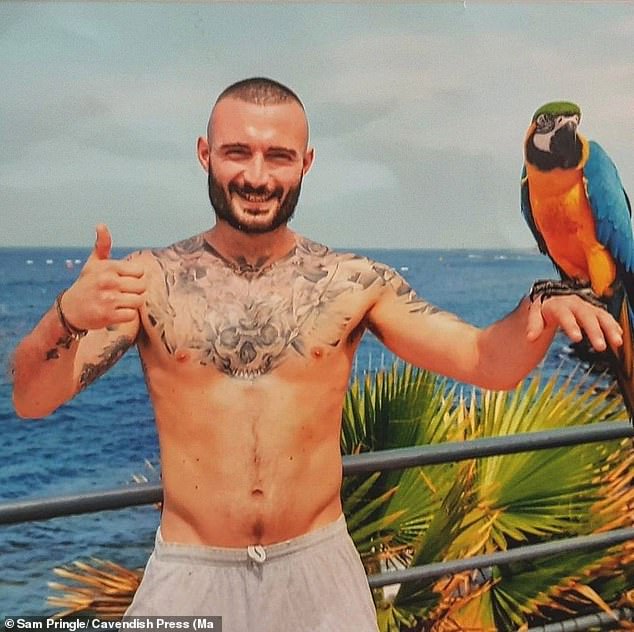 Within five weeks of being discharged from hospital, Mr Pringle, pictured, a painter and decorator was reported missing after telling his family he was buying a roof rack for his 4×4 car

The hearing was told the 28-year-old described by his family ‘as handsome, strong and adventurous’ longed to start a family of his own but had a history of mental health problems which worsened when his mother passed away.

In September last year he was admitted to Stepping Hill Hospital for a week after he failed at an attempt to gas himself.

He was subsequently sent home with an anti-depressants ahead of a follow up visit whilst experts decided whether he needed a further assessment from the community health team.

Victoria Booth a registered mental health nurse with the Home Treatment team said: ‘I saw him at his address the day after he was discharged from hospital.

‘The information from the wards that was that he regretted his suicide attempt. He presented as being a little bit low in mood but able to engage and give fleeting eye contact.

‘He didn’t appear agitated or upset or distressed at the time and was happy to engage with us.

‘I asked him about time on the ward and he said he found being there beneficial at the time.

‘I said he could contact the team over the weekend if he felt his thoughts where returning and I thought the risk to him was low. He wasn’t drinking, was being compliant with anti depressant medication and had support of family.’ 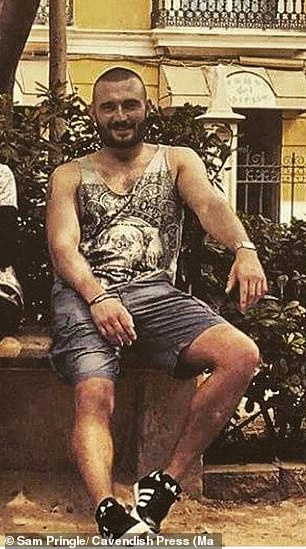 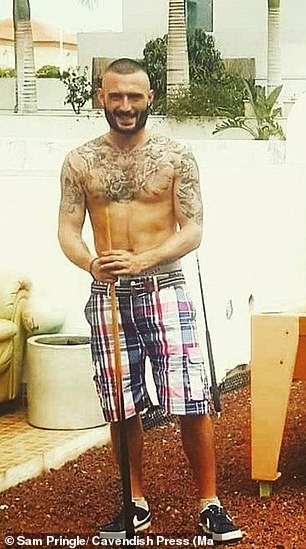 Police subsequently found Mr Pringle’s body in stables near the Alexandra Hospital at Cheadle, Greater Manchester close to where his late mother’s ashes had been scattered

Gemma Ratcliffe a registered occupational therapist said: ‘Sam should have been offered an assessment by the community mental health team.

‘We can’t find details of the decision making around Sam’s case but as far as we can see a letter was sent out saying Sam hadn’t been accepted by the team.

‘A very coldly worldly letter was sent by the community mental health team advising he hadn’t met the criteria. It wasn’t received before he sadly passed away but Kevin Pringle opened that letter.

‘Now there is a process where all decisions following referrals are entered into electronic patient records. There has been a review saying he should have been offered an assessment.’

The hearing was told consultant psychiatrist Dr Priyadarshan Joshi recommended lithium be prescribed to Mr Pringle to counter mood swings but his GP Dr Paul McGuigan refused to prescribe it due to ‘protocol’ rules about the safety of the drug.

Dr McGuigan who treated Mr Pringle on October 2 2018 said: ‘I said it was not appropriate for a GP to prescribe it. He reported regret for the recent suicide attempt and ongoing ideation but denied any attempt or plans.

‘He was a low to moderate suicide risk and I wasn’t happy to prescribe lithium – most GP’s don’t have the expertise to monitor and instigate that medication.

‘Mr Pringle attended an appointment on October 8, and confirmed lithium as the preferred medication but although I contacted Dr Joshi’s team about it, I got no reply. I didn’t feel it would be safe for a GP to prescribe it. The first rule of being a doctor is do no harm before trying to do good.’

Dr Joshi said: ‘I have never encountered this before. He (Dr McGuigan) is right by the protocol but it’s not my experience of how things work – the protocol is unworkable.’

‘I formed the opinion Sam had bipolar effective disorder and possibly had ADHD. Whilst on the ward didn’t appear actively suicidal and denied having any ideation but in my opinion he remained a high risk of further self harm.

‘There was a decision about him starting mood stabilisers but these drugs were never to treat his current low mood – they were to prevent possible switches in his mood and manic episode in his future. I discussed both drugs with Mr Pringle and that it was not to be taken lightly.

‘After the discussion I offered him leaflets in both the drugs and suggested once he decided, he could contact the GP. As he had manic episodes in the past, it was likely he would have them in the future. I thought the drug would be started with a few weeks.’

Mr Pringle said: ‘When Sam rang me from Stepping Hill hospital he was upset and he started crying and said he needed help. He was admitted for the week and was later seen by the home treatment team.

‘Communication and medication was an issue and it failed Sam as such and we don’t want it to fail anybody else in the future. Something we will never know is whether the medication could have been started at an earlier time.

‘All the information says he needs a lengthy period for it to kick in – giving somebody the best chance. It’s fairly evident that whilst people have to have things in place, sometimes a little bit of common sense needs to be adhered to.’

Recording a conclusion of suicide, coroner Jason Wells said he would file a Regulation 28 report to the NHS about preventing future deaths. He said: ‘The plan was Sam would be seen by the community mental health team at some point and start mood stabilising drugs.

‘He was seen the following day by the home treatment team but was discharged as he was thought to be of low risk of suicide.

‘As regards this decision, we don’t know by who or how but Sam wasn’t deemed suitable for a community mental health team follow up. That decision was possibly wrong and that he should have been seen and it’s possible it would have made a difference.’

‘It doesn’t seem to me the system needs to be adjusted as it is possibly an individual error. But there has to be something in place to assess these people. The proper decision should have been that he was offered an appointment.

‘There was also an issue regarding prescription of lithium. Dr McGuigan felt the protocol was that a GP didn’t start Lithium but Dr Joshi said a number of GPs bend the rules slightly and did prescribe lithium.

‘Although there was a delay in starting this drug, I don’t think it played a role in Sams death.

‘But there’s an issue with protocol which is unworkable and still is in place now and could make a difference in different circumstances. I intend to write to highlight the fact this protocol is dangerous and needs to be addressed.’