Mother of four Michelle Gerrard, 44, pictured, killed herself after being told she faced a nine-month wait to see a psychiatrist, an inquest heard

A mother of four killed herself just days after being told she would have to wait nine months to see a psychiatrist, an inquest heard.

Gym instructor Michelle Gerrard, 44, had a history of suicide attempts but NHS clinicians concluded she posed ‘no’ risk to herself and put her on a waiting list for treatment while telling her to complete a mood diary.

Her mother Megan Chidley accused medics of keeping her daughter ‘on ice’ and said the lengthy delay contributed to her death from an overdose of painkillers and alcohol.

She added Mrs Gerrard had been having violent mood swings and suicidal thoughts but was denied access to a psychiatrist because she was regularly drinking alcohol.

Speaking to mental health practitioner Stacey Love at the hearing in Preston, Ms Chidley said: ‘Michelle told us that she told you that she was having suicidal thoughts – that she was having thoughts about harming herself and other people – which in particular terrified her to death because that was not her personality.

‘So how it was a shock to the mental health team I have no idea. And you say she didn’t qualify for secondary services? It seems like you can’t qualify until you actually manage to kill yourself.’

Ms Chidley added her daughter wanted a proper diagnosis and change in medication so she could ‘get on with her life’.

She said: ‘She felt like she was being ignored and said that the meetings with the mental health team were nothing but a box ticking exercise.’

Ms Chidley added: ‘Staff were just keeping her on ice and stopping her from having her care fast-tracked. We’re finding this very difficult – as are the rest of the family – to understand how it was missed when it was so obvious what she was going through.

‘Why would she go to these meetings and not mention it? She knew she was struggling with her moods. She wasn’t going to go then not say anything. She wasn’t a stupid woman. 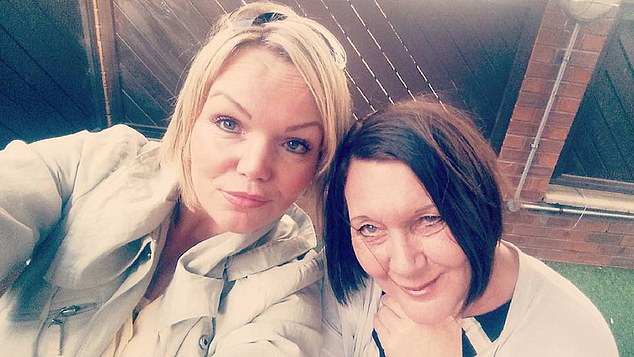 Her mother Megan Chidley, right, pictured with her daughter, told the inquest mental health services need a ‘massive shake-up’ and added her grandchildren ‘deserve answers’ over why their mother faced such a delay in treatment

‘You don’t have the ability and funds so people die because they can’t be seen. It is really difficult but that’s the way it is unfortunately. There needs to be massive shake-ups because people do die and now the kids don’t have a mother.’

The inquest heard Mrs Gerrard saw Ms Love in February where they discussed her mental health problems and coping strategies, including a mood diary.

Ms Love said Mrs Gerrard was affected by alcohol and also struggled because one of her sons had been diagnosed with ADHD.

She said: ‘We agreed she could complete a mood diary while she waited for her appointment with the psychiatric consultant.

‘Michelle didn’t meet the criteria for second stage services. She was in the right place for her mental health state with what she told clinicians.

‘When we spoke she had no thoughts to end her life. She said she was struggling but told me she had no suicidal ideation so there was no reason to bring her treatment forward.’

Ms Hutchins said: ‘She told me she had struggled with mental health for many years but she reiterated that she could maintain her own safety. She denied any thoughts to harm herself and said her children were her main protective factor. 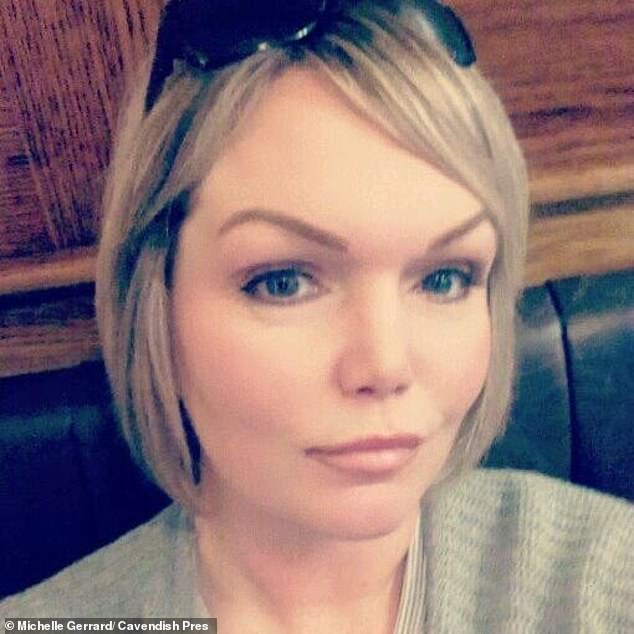 Gym instructor Mrs Gerrard, pictured, did ‘not present as a suicide risk’ according to mental health practitioner Stacey Love and mental health nurse Deborah Hutchins who both saw her separately in February

Christopher Hardie, who carried out a review of Mrs Gerrard’s treatment, told the inquest she was not regarded as an ‘urgent’ case because she did not appear to present a suicide risk.

He said: [The psychiatrist] is not able to see more than four additional patients each week on top of the patients he already sees. That means the waiting list is growing rather than shrinking.

‘The reason she wasn’t regarded as urgent was because at the time she didn’t appear to present a risk to herself or others – with hindsight we know the outcome was very different.

‘The assessment for changes in treatment is based on a risk assessment and she didn’t present as a risk.

Clinicians consistently throughout my review of her treatment said the same as the clinicians who have spoken here today – she didn’t present such feelings of being a risk to herself or others.’

Recording a conclusion of suicide, coroner Richard Taylor, said: ‘Over a number of years Michelle suffered with mental health problems. She saw her GP and was referred to a mental health team whilst waiting to see a psychiatrist. And all while waiting to see that psychiatrist, despite suffering and previous attempts, her status was never escalated.’