Summer has finally come to my home county of Somerset, and the roadside verges are lined with cow parsley.

But this year, their creamy blossom horizon is in danger of being overwhelmed.

The intruder is a tall, dark green plant with clumps of electric yellow flowers. It looks vaguely familiar — ragwort, maybe?

Then the penny drops. It’s a plant that is most often seen in vast blankets across fields, not along rural roadsides.

It is, of course, oilseed rape — in my view one of the most unpleasant, unwelcome and downright offensive blights on our beautiful countryside.

It could be worse. If I lived in East Anglia, where oilseed rape is widely grown by farmers, I’d never be able to escape the yellow peril. At least here, on the soggy ground of the Somerset Levels, it isn’t planted in such vast quantities.

When I was growing up, during the Sixties and Seventies, I never saw oilseed rape. I first came across those garish yellow fields some time in the early Eighties. Soon afterwards, I began to notice them on every long car or train journey.

I must confess that, at first, I thought they were rather beautiful, adding some welcome colour to the monotony of our farmed landscape — a splash of bright canary- yellow amid 50 shades of green. But as the plant became ubiquitous, my view began to change.

Globally, it is the third-biggest source of vegetable oil on the planet, after soybean and palm oil.

Given that rapeseed was never originally a food crop, these figures come as a something of a surprise.

The plant has a long history, having been grown and harvested in Europe since medieval times.

But until recently, it was not considered fit for human consumption. Instead, it was mainly grown to provide oil for lamps or as cattle feed.

The main reason it wasn’t used for human food was because it contains a compound called erucic acid, which can cause damage to heart muscles.

Then, after decades of experiments, in the late Seventies, Chinese scientists discovered how to crossbreed the plants, dramatically reducing the amount of erucic acid they contain. This coincided with a rise in agricultural subsidies from the EEC, as it was then called, which guaranteed farmers a minimum price for growing oilseed rape.

As a result, British farmers were understandably eager to plant the crop, transforming our countryside virtually overnight. And they did very well, thanks to rapeseed’s amazing versatility.

It can be used for cooking oil, margarine, soap, candles, cattle feed, lubricants, and as a base to make plastics.

Consumers welcomed it, too. It was cheap and versatile, providing a low-cost alternative to olive oil in cooking and for salad dressings.

Some clever farmers are now marketing their product as ‘extra virgin rapeseed oil’ — a home-grown, locally-sourced competitor to expensive olive oils from southern Europe. So far, so good. 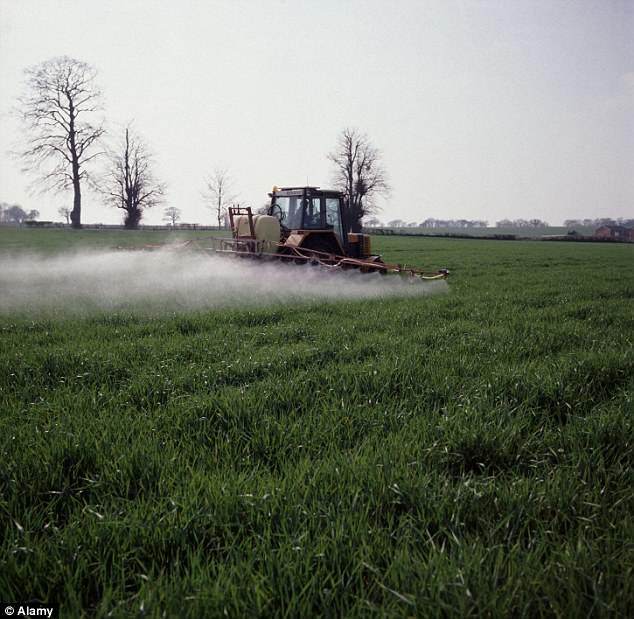 But this agricultural love affair with rape has come at a heavy price. No other arable crop needs quite so much help to grow, in the form of nitrogen-rich fertilisers.

That means that the run-off from fields of oilseed rape into water supplies is polluting streams, rivers and underground aquifers.

Back in 2004, a report from the Office for National Statistics revealed that each year, a single oilseed rape crop receives an average of three sprayings with herbicides, two of fungicides.

However, it is thought the plant may now be developing resistance to some agricultural chemicals.

And it gets worse. Oilseed rape is also very vulnerable to attack by insects — which means it needs to be regularly sprayed with chemical insecticides as well.

These include the notorious neonicotinoids, known to be causing a decline in many species of bees.

Ironically, those gaudy, yellow, nectar-rich flowers are irresistible to insects.

In the words of Steve Benbow, author of The Urban Beekeeper, oilseed rape is like crack cocaine for honeybees. But if the plants have recently been sprayed with chemicals designed to kill insect pests, the bees may then be poisoned, as Benbow himself has witnessed. 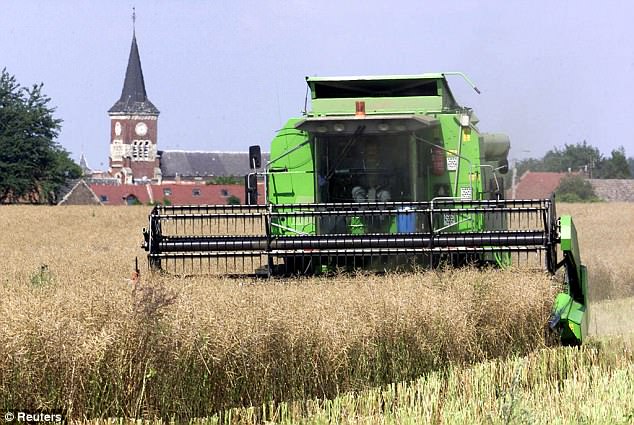 Until recently, oilseed rape was not considered fit for human consumption it was grown to provide oil for lamps or as cattle feed

He writes of finding ‘huge numbers of dead and decaying bees in rotten flesh-smelling piles outside the entrances to their hives’.

He’s even been forced to close beehives that were too close to a crop of oilseed rape.

And even if these busy insects manage to survive poisoning by pesticides, honey made from oilseed rape (which bee-keepers find tricky because it crystallises quickly) has a very odd taste.

Other wildlife may suffer, too. Herbicides kill off wild flowers as well as weeds, so you won’t see corn poppies or cornflowers in a crop of oilseed rape.

And although some birds nest in the dense foliage, those that do, such as reed buntings, tend to breed late in the season.

This means that when the crop is harvested in midsummer, their nests and chicks are often destroyed. Then there are the problems with human health.

Many people hate the acrid, cabbagey smell, and it can cause breathing problems for hay fever and asthma sufferers.

It’s not the pollen itself that does this, as is often assumed, but a chemical produced by the flowers, which for some people causes irritation to the eyes, nose and throat.

Professor Jean Emberlin, formerly director of the National Pollen and Aerobiology Research Unit at Worcester University, believes we should avoid growing oilseed rape near schools and hospitals, as it might trigger breathing problems for vulnerable children and adults.

Others disagree. A spokesman for the National Farmers’ Union has suggested that because oilseed rape comes into flower at the same time as grass and tree pollens, the crop has been unfairly blamed for hay-fever outbreaks.

But even if you are not sensitive to its odour, oilseed rape fields can present an impenetrable barrier to ramblers.

My friend the naturalist Brett Westwood detests the plant. ‘Its environmental drawbacks are bad enough, but the plant is also aesthetically challenging,’ he says.

‘It looks out of place in the British landscape, and trying to follow a public footpath through the tangles of its wiry stems is enough to put anyone off country walking!’

Yet despite all these problems, oilseed rape continues to be grown in vast quantities.

And it’s not all for food — much of the UK crop is now sent to Germany to be processed into biofuel to feed energy-generating power plants.

While this may appear to be a good idea — reducing our dependence on fossil fuels — the cost could be high in terms of public health and environmental concerns. Another factor is that the energy needed to grow oilseed rape — in terms of fertilisers and transport costs — may outweigh its environmental benefits.

Any land set aside for biofuels therefore cannot be used to grow food, which means that the remaining land must be farmed even more intensively — leaving little room for wildlife.

It does have its uses. But I, for one, would be delighted to see oilseed rape vanish from our countryside, to be replaced by those 50 shades of glorious green.