Many adjectives have probably been aimed at Phil Parkinson during his managerial career but the Sunderland boss has likely rarely encountered two that were thrown his way on Thursday afternoon.

The Black Cats boss was holding his virtuak pre-match press conference ahead of their trip to League One promotion rivals Charlton Athletic on Saturday afternoon.

Due to the ongoing coronarvius pandemic, this was conducted on Zoom – as has become the norm. 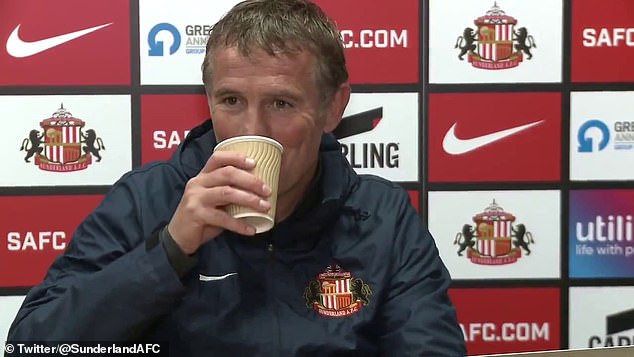 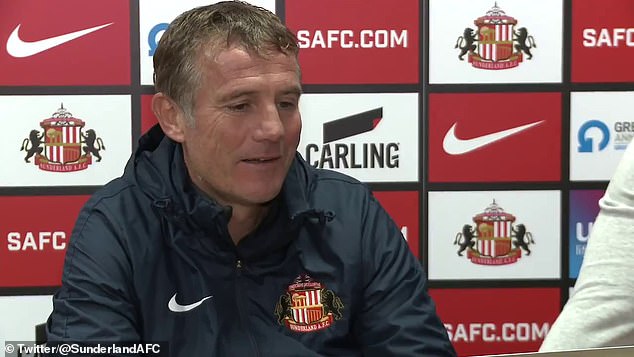 However, Parkinson’s press conference took a twist when it was interrupted by a mysterious woman labelling him ‘beautiful’ and ‘cheeky’.

Following the funny, but very random, moment Sunderland’s Twitter account saw posted a light-hearted comment to identify the culprit as someone from BBC Look North East and Cumbria.

‘Remember to put that microphone on mute next time, @BBCLN,’ they tweeted with a caption of the moment in question with some joking emojis.

Parkinson has plenty to smile about the moment with his Sunderland side one of five teams unbeaten in League One at present. 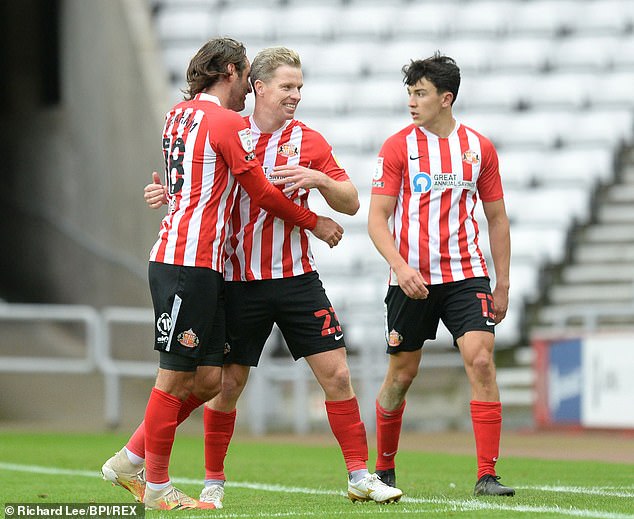