Pauline Wood, from Grange Park in Sunderland, is under investigation for comments she made on a BBC radio station

A star primary school headteacher has been suspended for claiming that some staff had been ‘sat at home doing nothing’ during lockdown in an interview about the wide reopening of schools across the UK.

Pauline Wood, from Grange Park in Sunderland, is being investigated for potentially bringing the school into ‘disrepute’ during an interview on local BBC radio.

Mrs Wood, who spearheaded Grange Park Primary School’s rapid ascent up the Ofsted grading system from ‘inadequate’ to ‘outstanding’ in 15 years, blasted some teachers for not pulling their weight while others came up with ‘imaginative things’ during their time off.

She read out texts on BBC Radio Newcastle from parents concerned about the level of support schools have been offering children, and remarked: ‘Some teachers are coming up with the most imaginative, amazing things and other people do sit at home doing nothing. I won’t defend those people.’

When asked to comment, she said: ‘Some teachers have been in (schools), but many have not been in at any time. Safety is paramount, but don’t make out teachers have all been working flat out.’

Mrs Wood said the critique extended to staff working at her school, saying: ‘I think a lot can be done, but it’s down to individuals. It looks very simplistic, but you’ve got lots of HR rules, regulations, unions and people can say all reasons why they can and can’t work.’

She added: ‘I think it’s time we talked about the elephant in the room.’

Though the BBC interviewer praised Mrs Wood for her ‘very refreshing’ honesty, the school’s governors suspended her after  a complaint that she made ‘potentially disparaging comments’ about her staff.

She was told this ‘raised serious concerns about your professional conduct and judgment… which potentially brings the school into disrepute’. An investigation is now underway.

Mrs Wood  told Schools Week: ‘It is very concerning that a headteacher can be suspended for giving a truthful answer to questions posed by members of the public.’

She tweeted: ‘As Headteachers, our job descriptions say we should hold staff to account.’

The row comes as teachers unions have vowed to continue to make it difficult for children and school staff to get back to classrooms following months of disruptive lockdown.

This week Prime Minister Boris Johnson told MPs in the Commons that school education will restart fully at the start of the autumn term under ‘one metre plus’ rules.

Fresh proposals being finalised by Gavin Williamson, the Education Secretary, will double the 15-child limit on class sizes in order to allow a full return for primary schools in September. 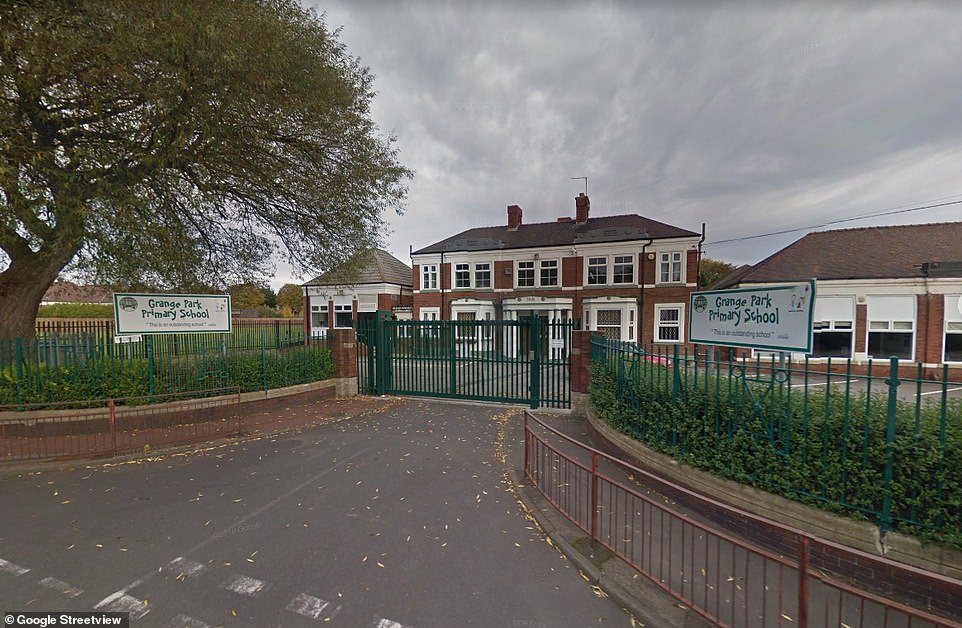 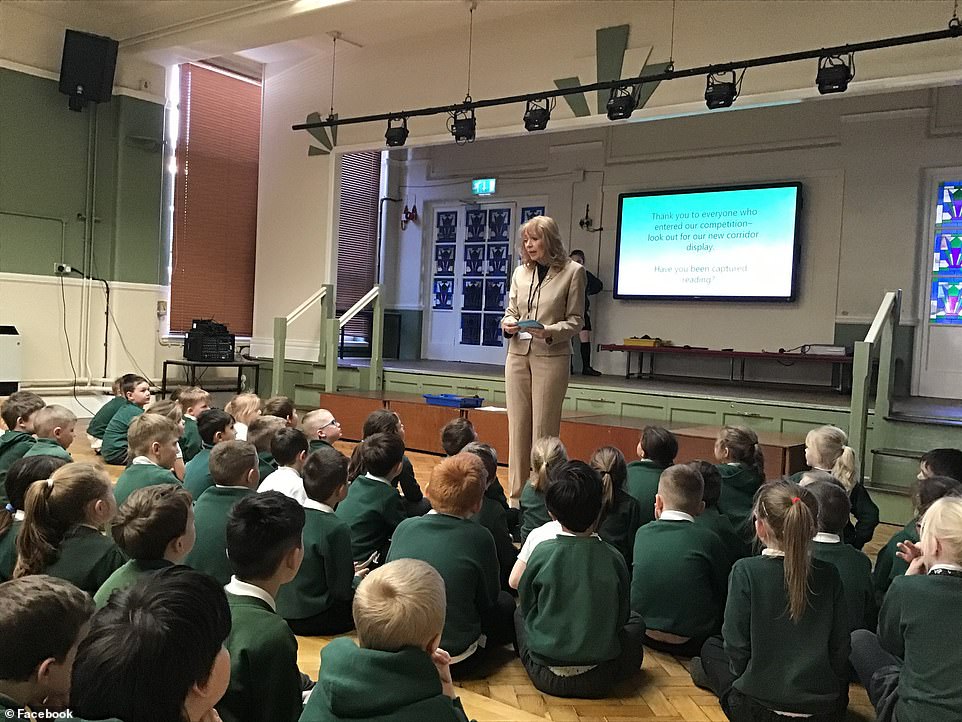 Some staff had reportedly refused to work on site for three days a week – instead of two – citing problems getting childcare cover.

It came as primary schools tentatively allowed pupils in reception, year one and year six back to class from June 1.

Mrs Wood has been at Grange Park for 15 years and repeatedly praised for her ‘relentless’ pursuit of ‘excellence’ in recent Ofsted reports.

She was credited with overseeing an extremely positive impact on pupils’ outcomes’ and saw the school shortlisted for a prestigious TES award in 2012.

The head teacher said she did not know who had nominated the school for the award, but said she was thrilled.

She has hit back at criticism today, saying in a Tweet: ‘As Headteachers, our job descriptions say we should hold staff to account’

She told the Sunderland Echo at the time: ‘The letter came as a fantastic surprise for us, the staff are absolutely buzzing about it.

‘It was enough to be only one of three outstanding primary schools in Sunderland, but to be recognised nationally is even better.’

She added: ‘When you think of the area we are in, we don’t get everything handed to us. We have to fight really hard for everything we get so this is wonderful.’

It comes as Education unions set up a fresh clash with politicians and parents this week over Boris Johnson’s plan for full school attendance in September using reduced social distancing, branding it ‘pure fantasy’.

The Prime Minister told MPs on Tuesday that school education will restart fully at the start of the autumn term under ‘one metre plus’ rules.

Geoff Barton, general secretary of the Association of School and College Leaders (ASCL), said: ‘There has been a lot of conjecture that relaxing the two-metre social distancing rule to one metre will allow all children to return to school in September.

‘This is pure fantasy. It may be possible to accommodate more pupils in classrooms with a one-metre (plus) separation, but not all pupils. There just isn’t enough space in many classrooms to do this.’

She had kept the price of the school’s club at just £1 for nine years to 2014 in a big boost for parents.

She told the Sunderland Echo in 2014: ‘The cost of childcare can be a big barrier to working, and the lower-paid the job, the less likely it is that parents will feel it is worth it.

‘Even breakfast clubs can start to add up if parents have more than one child at school and need to use them every day. The cost can then eat into a salary and make it seem pointless for parents to work.

‘But it is vital that parents are given the opportunity to work and set a good example for their children. And that’s why we haven’t raised the price of our breakfast club in almost a decade.’

Grange Park, which is in one of the most deprived areas in the country and has 226 pupils, now sits in the top two per cent for phonics and maths at key stage two level nationally.

Mrs Wood was suspended by governors who told her the radio interview had ‘raised serious concerns about your professional conduct and judgement… which potentially brings the school into disrepute’.

But the academic – who was due to leave the school in September – hit back, telling Schools Week she was concerned her ‘truthful answer’ got her suspended and found it ‘disheartening’.

General Secretary of the Association of School and College Leaders Geoff Barton said head teachers can ‘give their perspective and insight to the public via the media’.

He added general advice to workers is for them to have three key messages for the interviews and to be helped by someone when they prepare.

Chair of Grange Park school governors Mary Hodgson said she could not comment on personal circumstances as it would be a ‘breach of confidentiality’.

Mrs Wood was working out her notice period at the primary school and a job advert for her position closed in March.

The advert read: ‘Grange Park Primary School is looking for a dynamic, ambitious and committed headteacher to join and lead our thriving, friendly and inspirational school in September 2020.

‘Here at Grange Park Primary School honesty, integrity and ambition are qualities which lie at the heart of all we do.

‘We believe that every child can achieve their potential. We strive to give the children in our school the lifelong learning skills to empower them to choose the life they want. Our lasting message is, ”never give up”.’