So much for a FRIENDLY! Sunderland’s players FIGHT with Al-Shabab as tensions boil over in feisty clash in Dubai… as co-owner Juan Sartori rushes onto the pitch to diffuse scrap

Sunderland’s friendly match against Al-Shabab in Dubai proved anything but as the two sides came to blows – leaving the game at risk of postponement.

With Sunderland 1-0 up thanks to a goal from Amad Diallo the story of the match soon became about an ugly bust-up near the centre circle with Lynden Gooch among those seen fighting with Al-Shabab’s players.

The fight escalated with more players getting involved and it resulted in Sunderland co-owner Juan Sartori going on the pitch to try and restore some peace and order, with some Black Cats stars seen walking off the pitch in the aftermath.

The Sunderland Echo reported that tensions had been building during the first half, with goalscorer Amad hacked down ‘by a horrible scissor tackle’ after half an hour.

Five minutes before half-time striker Ellis Simms was booked following a clash with an Al Shabab player, which led to a pushing and shoving match.

There were a raft of changes at the break, as is customary during friendly matches, but tensions didn’t dilute as Gooch clashed with his opponent four minutes after the restart.

And then, 13 minutes before the end both sets of players came to blows in a fight that almost saw the match abandoned.

Sunderland’s Dennis Cirkin was challenged late by an Al-Shabab player – only for the referee to award Al-Shabab a free-kick, which left the Black Cats furious. 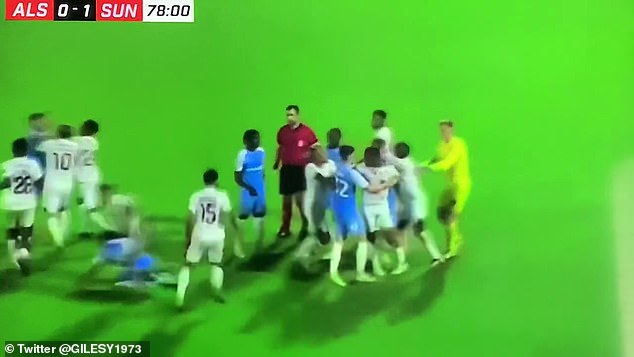 Gooch quickly ran over to argue the call with the referee but Gooch was confronted by an Al-Shabab player, leading to a melee.

Sartori and Sunderland’s backroom staff quickly raced onto the pitch to try and diffuse the situation.

No red cards were doled out but Gooch and the offending Al-Shabab player were both withdrawn before any further punishment could be handed down.

Sunderland are taking advantage of the mid-season break due to the World Cup, with their Championship campaign not resuming until  they face Millwall at the Stadium of Light on December 3. 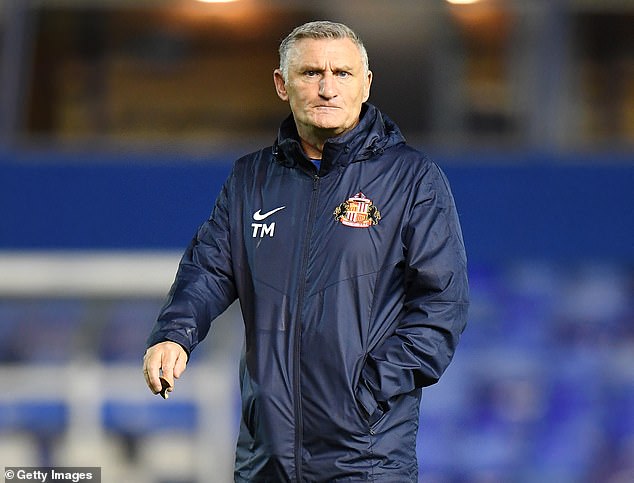