Shots have been fired at the scene of a hostage where a woman and a young child have been held for at least 20 hours.

An armed man is reportedly holding a woman and a five-year-old boy hostage in a suburban home, prompting police to shut down the entire neighbourhood.

Tactical police have surrounded a home in Sunnybank on Brisbane’s southside since 10.30am Thursday.

The siege is now in its 20th hour with dozens of police at the scene early Friday morning, where an ’emergency declaration’ remains in place.

Police negotiators have been called in to communicate with the armed man via microphone.

“This is the police. No one wants to harm you,’ negotiators could be heard saying.

Reporters on the scene reported hearing several gunshots come from the home, which police later claimed were from fireworks or a vehicle backfire at another  location unrelated to the siege.

Shots have been fired at the scene of a hostage situation which has entered its 20th hour in Sunnybank. Pictured are armed police (right) at the scene early Friday morning 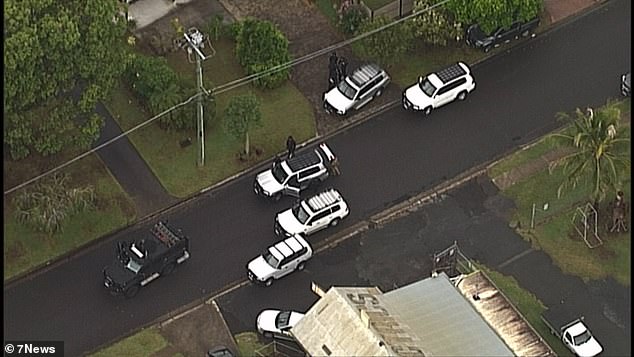 An armed man is reportedly holding a woman and a child as young as five hostage in a suburban home in Sunnybank on Brisbane’s southside. Tactical police (pictured) are now surrounding a home trying to defuse the situation

‘An emergency declaration made by police in Sunnybank yesterday afternoon remains in place this morning,’ a police statement read on Friday.

‘Residents within the exclusion zone are asked to continue to follow the advice of emergency services on the ground.’

Police say the situation is ‘ongoing’ and ‘there are no changes’

‘We’re looking to do our best to come up with peaceful resolution,’ a spokesman told 7news.com.au.

Locals have been urged to avoid an exclusion zone between Dyson Avenue, Geddes Place, Beenleigh Rd and Ganda Place.

The man is believed to be armed with an ‘unknown’ weapon. Acting inspector Mick Ackery told reporters on Thursday police were doing everything to ensure the incident is resolved peacefully.

‘Specialist police are making all attempts to engage with the person in the house.

‘We’re prepared to deal with the situation as long as it takes to ensure the safety of the community, the people inside that house and of course, our officers.’ 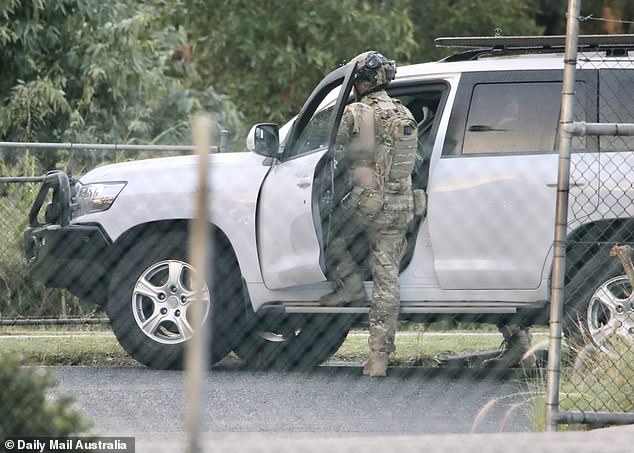 Police said on Friday morning that the situation is ongoing. Pictured are camouflaged police officers at the scene early Friday morning 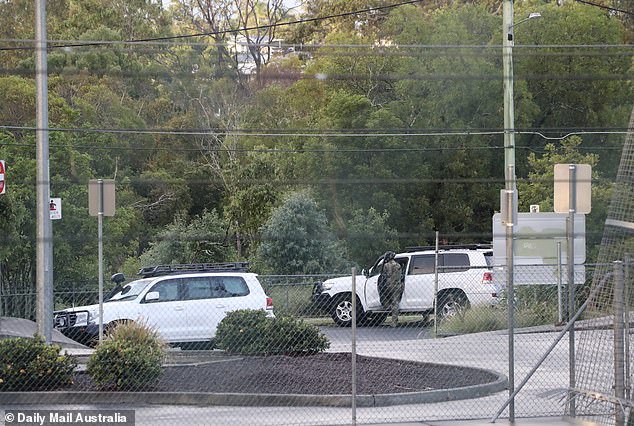 The siege entered its 20th hour on Friday morning. Pictured are police in the cordoned off street on Friday 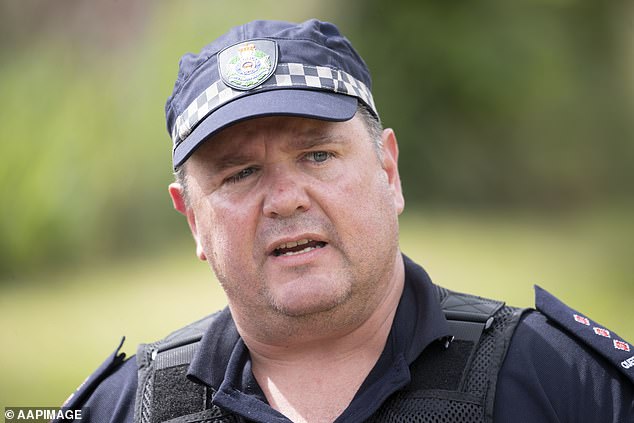 Inspector Ackery said police are talking to the armed man but would not comment on  an ‘unknown’ weapon reportedly involved or the other occupants inside the house as to not escalate the situation.

‘You have to understand it’s an ongoing matter, a dynamic, fluid situation, so therefore it’s very hard for me and not appropriate for me to make further comments about that,’ he said.

‘I need to let the specialist police their job and that’s all I’m prepared to say at this stage.’ 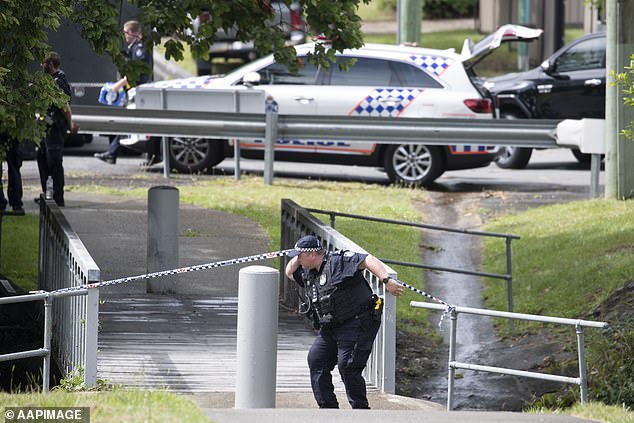 Mr Ackery crosses back into the cordoned off area as the siege continues. He said they are ‘prepared to deal with the situation as long as it takes’ 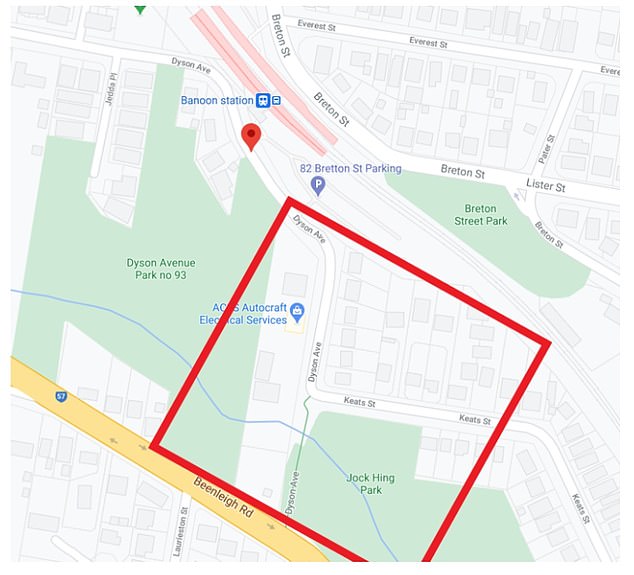 Locals have been urged to avoid an exclusion zone between Dyson Avenue, Geddes Place, Beenleigh Rd and Ganda Place

When asked if detectives visited the house prior to the siege, he said: ‘Police had attended the address.’

‘Contrary to some beliefs, the incident did not commence at the Banoon train station,’ he said.

‘There’s a number of police here, including tactical, crime squad and detectives and other specialist police.’

Trains that run along the Beenleigh line were initially skipping the nearby Banoon station but later resumed as normal.

Neighbours who live in the usually ‘very peaceful and lovely place,’ claimed to have heard a man and woman arguing on Thursday morning.

They then heard the woman screaming moments before police swarmed the area.

‘There must have been about 40 police here in armour … there were some guys in camouflage and holding rifles,’ a resident told the Courier Mail. 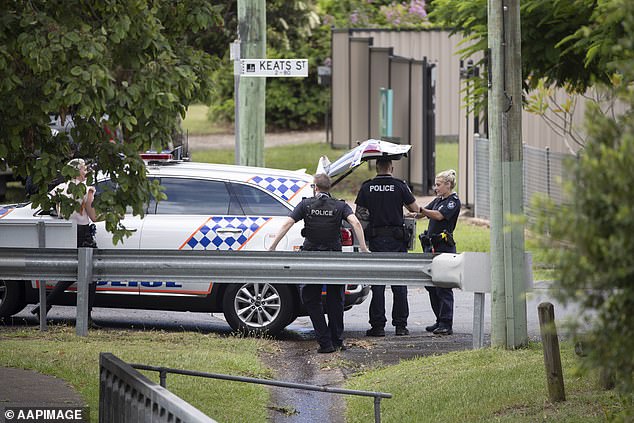 A hostage situation in Brisbane has entered its 11th hour. Pictured are police at the scene on Thursday