Georgia Love has come under fire after criticising Sydneysiders for not wearing masks outdoors.

The former Bachelorette, who now works as a reporter for Channel Seven in Melbourne, was shocked at the busy scenes at Sydney’s beaches over the weekend, tweeting a video of crowds along with the caption, ‘Bondi right now, where masks nor social distance seem to matter.’

‘Well, this is unnecessary,’ Sky News journalist Laura Jayes responded to the tweet.

Lockdown smackdown: Georgia Love has come under fire after criticising Sydneysiders for not wearing masks outdoors

The news anchor continued, ‘Of the more than 1000 cases in NSW – none have been proven to have transmitted outdoors. The infection is spreading in homes, workplaces, shops’.

Sunrise executive producer Michael Pell then chimed in, adding, ‘And posting random videos from a different city… wouldn’t you just concentrate on your own lockdown?’

Pell’s criticism is especially notable given both he and Love work for Channel Seven. 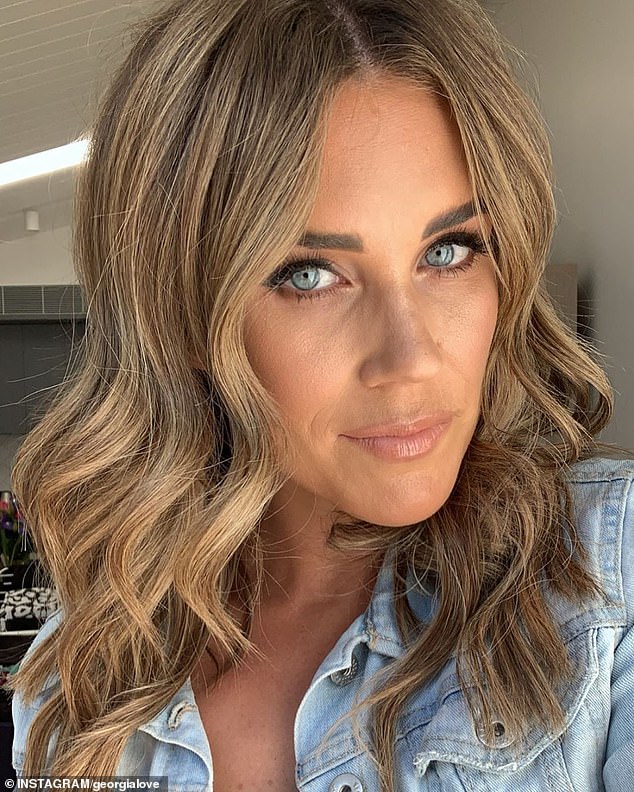 Not impressed: The former Bachelorette, 32, was among those shocked at the packed scenes at Sydney’s beaches

Michelle Stephenson, the National News Director for Nova, also criticised Love for ‘using camera angles that trick the eye’ in the footage of the crowded boardwalk.

Love clapped back, ‘Not sure what camera tricks you think are being used here?’

‘But I will also put on the record this is not my video, it was sent to me, and that filming in a public place is entirely allowed without receiving consent from individuals,’ she concluded. 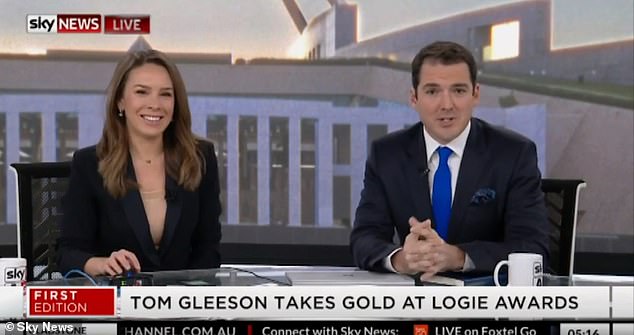 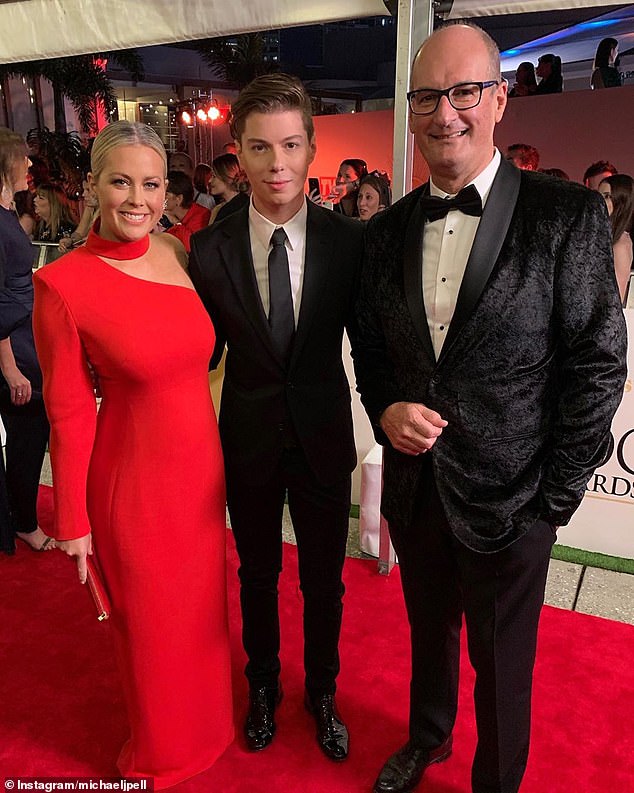 Pile on: Sunrise executive producer Michael Pell (pictured with Sam Armytage and David Koch) then chimed in, adding, ‘And posting random videos from a different city… wouldn’t you just concentrate on your own lockdown?’

Internal feud: Pell’s criticism is especially notable given both he and Love work for Channel Seven, with the former reality TV star now serving as a reporter for the network

The social media skirmish comes after a top doctor claimed Sydney’s beaches should stay open as the city’s coronavirus outbreak worsens, despite being packed with exercising residents.

NSW recorded 105 cases on Sunday as Sydney and surrounding regions entered their fourth week of lockdown.

But stay-at-home orders haven’t stopped hundreds of Sydneysiders from flocking to the beach to get their daily dose of exercise and fresh air, which is currently allowed as part of the stay at home orders.

As residents in three local councils in Sydney’s south-west complied with strict new orders to stay in their neighbourhoods, there were different scenes in the eastern suburbs and the northern beaches on the weekend. 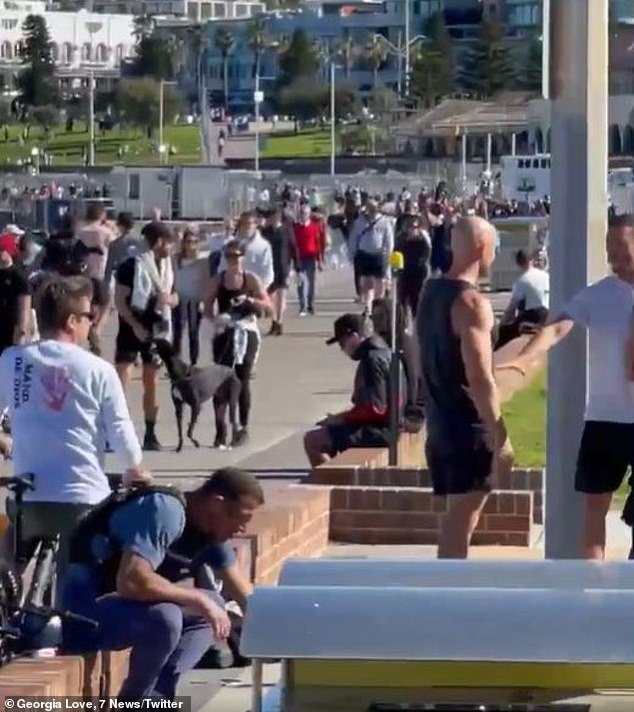 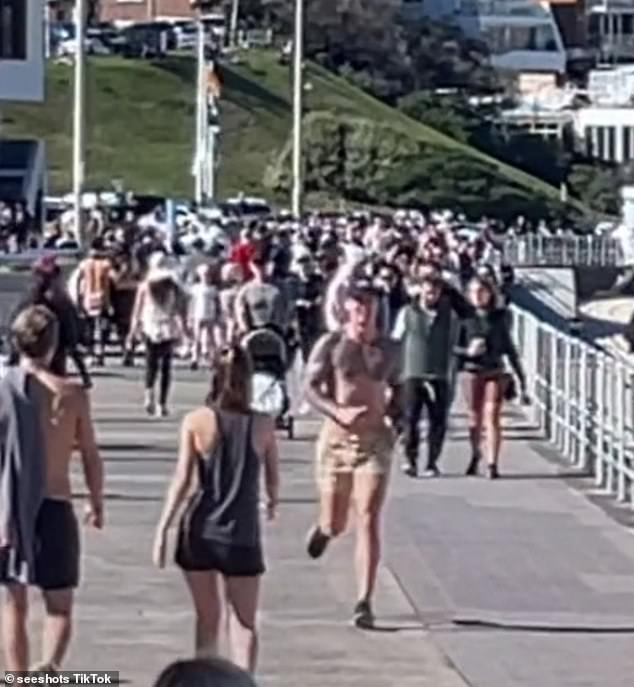 The promenades along Bondi and Manly beaches were packed with people exercising and walking their dogs while enjoying the winter sunshine.

‘I didn’t have an issue with what we saw over the weekend,’ he told the Today show on Monday.

The numbers of Covid cases who were in the community while infectious are showing no signs of slowing down, despite being the key to lockdown being lifted.

But Dr Coatsworth said the risk of the virus of being transmitted while exercising outdoors was far less than at a packed stadium of fans at a sporting match or concert.

Thousands of AFL and rugby union fans were ordered to isolate for 14 days after they were deemed as close contacts of an infected case at separate matches in Melbourne in recent days. 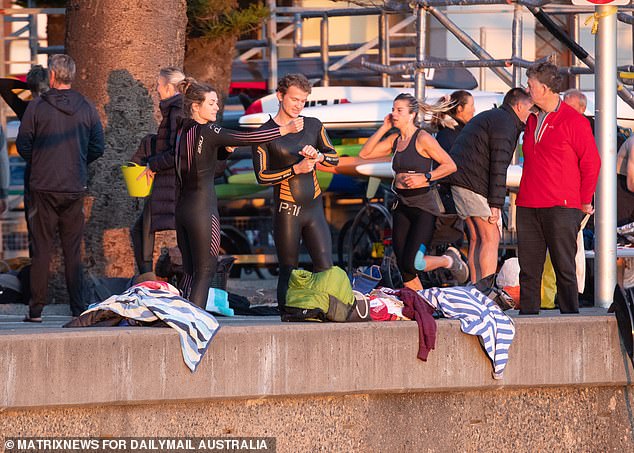 Surfers and swimmers were keen to hit the water, despite being the middle of winter. Pictured is Manly Beach on the northern beaches on Saturday

‘I think we’ve got to be moderate about this. Of course the Delta strain does transmit outdoors but only in very close circumstances,’ Dr Coatsworth said.

‘There was a Trans music festival in the Netherlands, of course 20,000 people in close proximity listening to dance music and of course, in that sort of situation, you may get transmission.

‘But if you’re walking past someone during your morning exercise, that is not going to be an issue.’

Many at the packed Sydney beaches weren’t wearing masks, despite reiterated pleas from NSW Premier Gladys Berejiklian and health officials to take one with them whenever people leave the house. 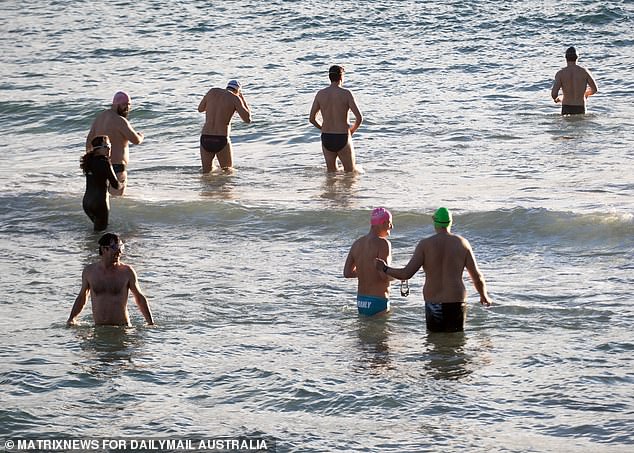 Dr Nick Coatsworth says there is little risk of Covid being transmitted during exercise. Pictured are swimmers hitting the water at Manly Beach on Saturday