And despite airing a live weather report to the nation in Australia, one British camera operator on Sunrise couldn’t contain his excitement as learned England had gained a 2-1 lead against Denmark.

During weather reporter Sam Mac’s segment, the operator in question Trevor was seen hilariously yelping out with his hands in the air in celebration.

Sam had initially joked to sports reporter Mark Beretta in the studio: ‘I’m not saying you’re not doing your job right, but England do have a penalty’ – before whipping up the live footage on his phone.

Despite the penalty initially being saved by Denmark goalkeeper Kasper Schmeichel, Kane soared it into the back of the net a second later – causing a sound of sheer delight to erupt behind Sam.

The camera then flashed to Trevor, who was seen howling with joy as he raised his arms and punched the air in celebration. 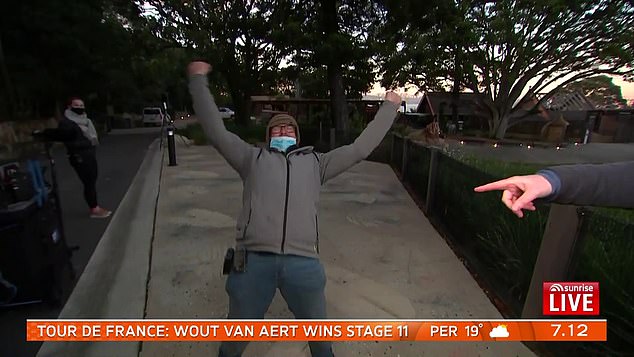 Hilarious: The camera then flashed to Trevor, who was seen howling with joy as he raised his arms and punched the air in celebration

Back in the studio, Mark couldn’t stop chuckling as he watched the Brit run around manically with joy.

‘Sorry, this is a weather segment,’ Sam laughed. ‘But why not have both?’

Sam then returned to a more serious demeanour, as he explained the weather from outside Taronga Zoo.

While the match was played in the evening in the UK, fans in Australia had to watch the match from 5am onwards due to the time difference – meaning some, like Trevor, were already at work.

England are now just one game from football glory after their spectacular victory at Wembley Stadium. 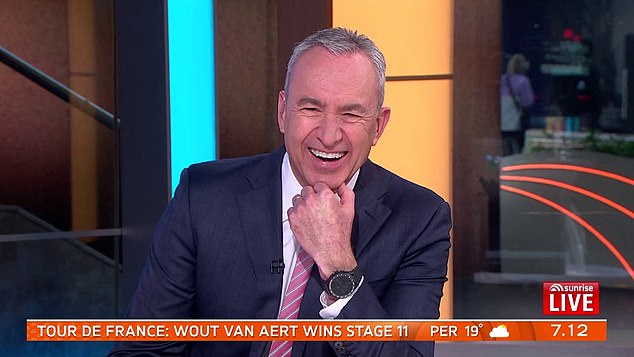 Hysterical: Back in the studio, sports reporter Mark Beretta couldn’t stop chuckling as he watched the Brit run around manically in joy

The victory is an historic achievement for England, as it seals its place in Monday morning’s final against Italy in what is the most important football game for the Three Lions in 25 years.

The final is the first major final that the side have managed to reach since the 1966 World Cup.

Like Trevor, England supporters worldwide were overwhelmed with excitement as the referee blew his final whistle, marking a 2-1 victory for the team. 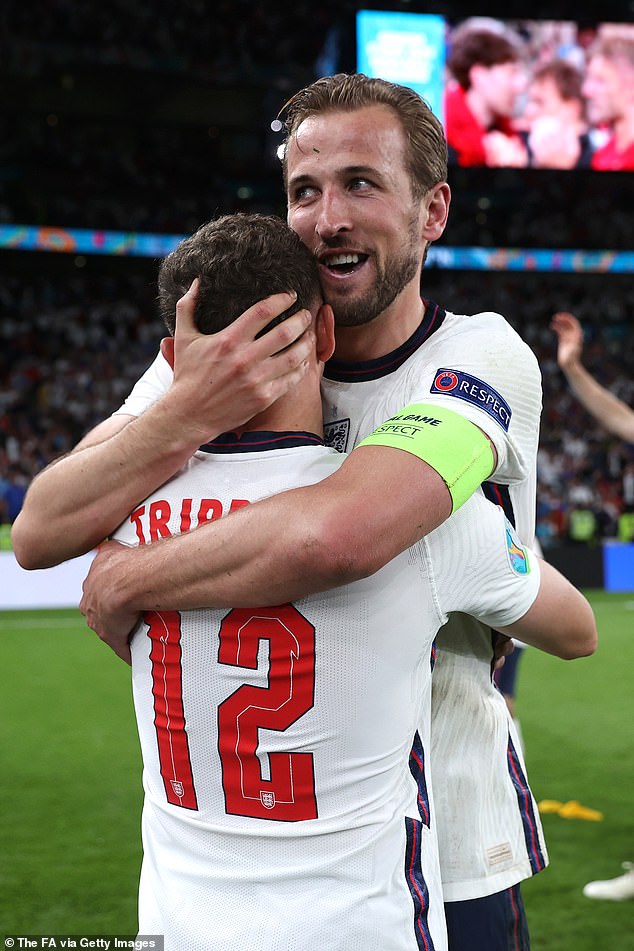 Winners: England have reach the finals of the 2020 Euros thanks to an extra-time penalty from captain Harry Kane (right). Pictured with Kieran Trippier