A man who allegedly led police on a wild chase has had his leg amputated and is facing 26 charges.

Dylan Matthew Hammond allegedly led police on a dramatic car chase on June 10 that spanned 200km and ended on Queensland’s Sunshine Coast when he got shot.

The 23-year-old allegedly robbed the Harvey Bay Hotel and stole man’s ute while armed with a knife about 6.30am before driving 50km south to Maryborough.

Hammond then allegedly discarded the ute just after 7.30am before breaking into a home on Three Mile Road West.

According to Sunshine Coast Daily, he allegedly carjacked a 37-year-old pregnant woman’s car after stabbing her hand and firing a gun.

Police will also allege he went into another home on River Road and demanded a male resident give him the keys to his car. 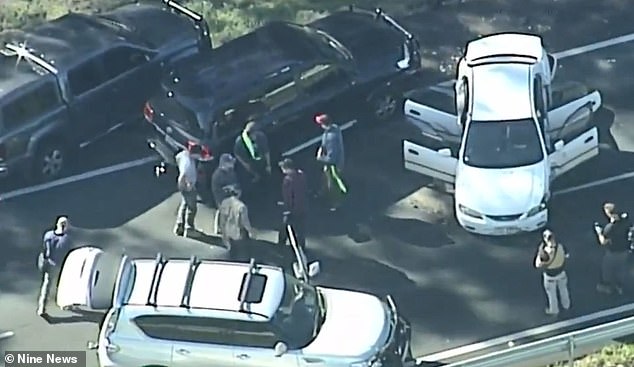 Hammond then allegedly stole a white Ford Falcon sedan and travelled at high speeds along the Bruce Highway before crashing through roadworks.

Officers intercepted Hammong on the Bruce Highway at 10am where he was shot in the thigh during a confrontation with police.

Following the struggle with police, Hammond was then run over by a passing caravan.

He was rushed to Sunshine Coast University Hospital in a critical condition and had to undergo emergency surgery.

The leg that was shot had to be amputated and he was placed in an induced coma for two weeks, where he remains in a stable condition.

On Wednesday morning, he faced a bedside hearing at the hospital where he was charged with 26 offences.

They include armed robbery, assault occasioning bodily harm, serious assault of police while armed, wounding, drink driving and unlawful possession of a weapon.

Hammond is in custody and is due to appear in Maroochydore Magistrates Court via video link on August 30. 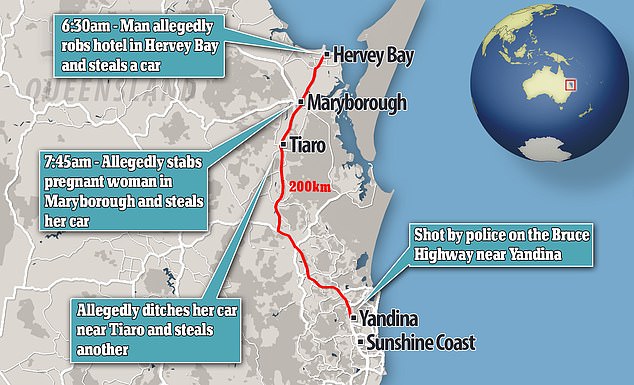